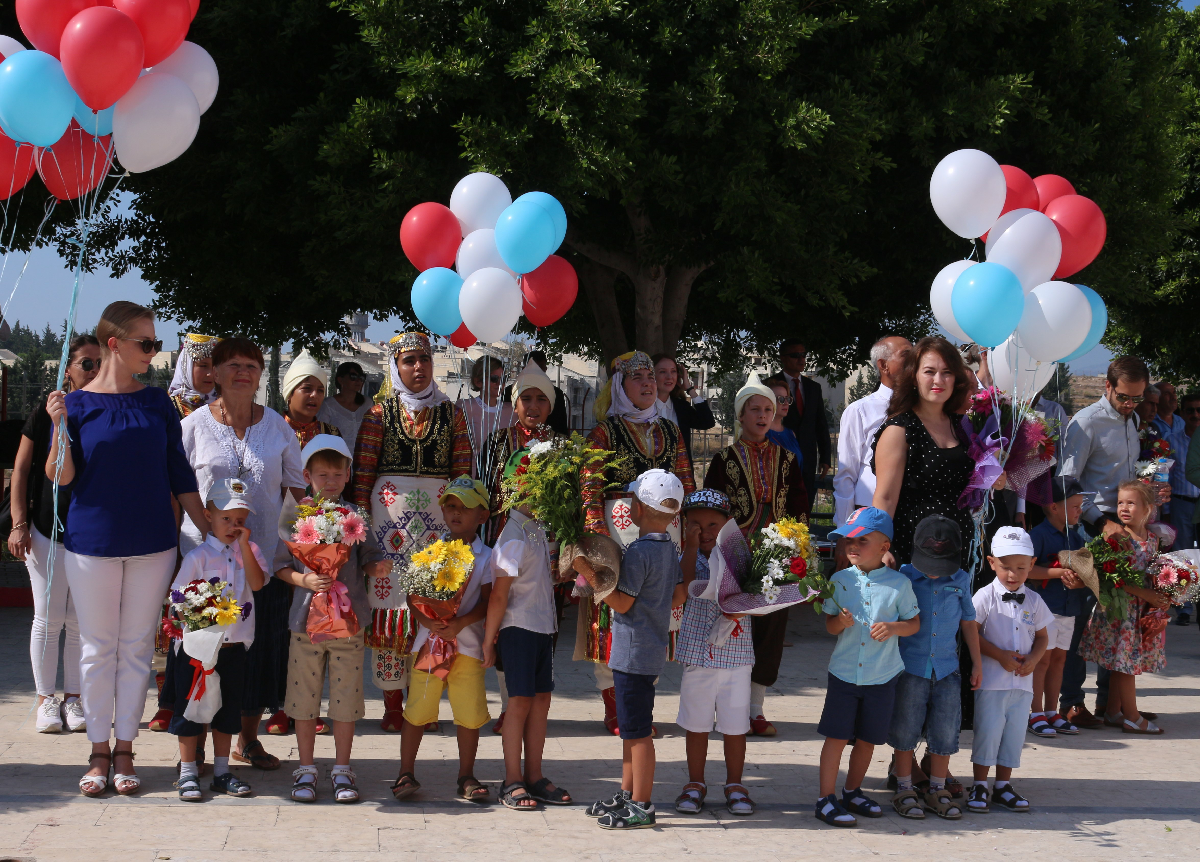 “This is a particularly important event for Akkuyu. From now on, children of our employees will be taught in their native language and in accordance with the Russian national standards,” said Alexey Frolov, Managing Director of Akkuyu Nükleer.

Frolov stressed that it was the first Russian language school opened near the large international construction site in Turkey. “It is a true milestone in the development of Russian-Turkish relations. Russian schools in Turkey work in the country’s largest cities Istanbul and Ankara and the most popular resorts Antalya and Alanya, but it is the first time such a school has been opened near a large-scale international construction site. This fact shows how important the Akkuyu project is for both Russia and Turkey.”

“I hope that the Akkuyu construction project will facilitate the opening of other education facilities for Turkish and Russian children here. We as representatives of Silifke municipal authorities will do our best to make Russian employees of the Akkuyu project feel comfortable in our town,” emphasized Sadık Altınok, acting Mayor of Silifke.

Students of Grades 1 to 11 can attend the school. Children as young as three years may also attend preschool classes. For now, there will be a total of 53 students, including children in preschool groups. By the end of 2019, this number will exceed 150, with the school capable of teaching up to 400 students.

The school in Silifke is a local branch of the Private Moscow International School in Antalya (see details below at What is PMIS). The classes are taught in Russian, but students will also learn English and Turkish. After finishing grades 9 and 11, students will receive official Russian certificates, allowing them to enroll into secondary and higher educational institutions.

The teaching staff includes 15 teachers who were selected by PMIS on the basis of test results. They used to work in schools across Russia (in Moscow, Yekaterinburg, Rostov-on-Don, Stavropol, Orenburg, etc.) and confirmed their professional qualification.

The school has all the necessary equipment and facilities. Interactive whiteboards and video projectors are installed in classrooms; necessary materials were purchased for the school laboratory. Textbooks and tutorials are all approved by the Russian Ministry of Education and comply with national standards. Students will find here a volleyball and basketball ground, a tennis court, an artificial turf football field, and a playground. The school also has a cinema room and computer classes.

Choir, art and theater studios are at the students’ disposal. This is where they can hone their creativity. Physics and chemistry hobby groups will help children master these subjects. Those children who like active sports can join basketball and football teams.

A school bus will take children to school – there will be several bus routes in the town.

It is standard practice for Rosatom to maintain partnerships with schools in the regions of its operation. For example, Tanzania-based Mantra Resources Pty Ltd, a subsidiary of Uranium One Inc (wholly owned by Rosatom) financed the opening of ordinary libraries in local schools in 2014 and then digital libraries in the summer of 2019. Akkuyu is the first nuclear power plant built in Turkey in accordance with the nuclear plant construction and operation agreement signed between the Government of the Russian Federation and Government of the Republic of Turkey on May 12, 2010. The plant will feature four Generation III+ VVER-type reactors. Each reactor unit will have a capacity of 1,200 MW. The construction project is financed entirely by the Russian party. Russia’s state-owned nuclear corporation Rosatom is a majority shareholder in Akkuyu Nükleer, a company that undertook design, construction, maintenance, operation and decommissioning of the plant. The Akkuyu Nuclear Power Plant is the first in the world to be constructed under the BOO (Build–Own–Operate) model.

Private Moscow International School (PMIS) was established in Turkey in 2011 and is licensed by the Turkish Ministry of Education. The school cooperates with the Peoples’ Friendship University of Russia, Moscow State Linguistic University and other Russian higher education institutions.