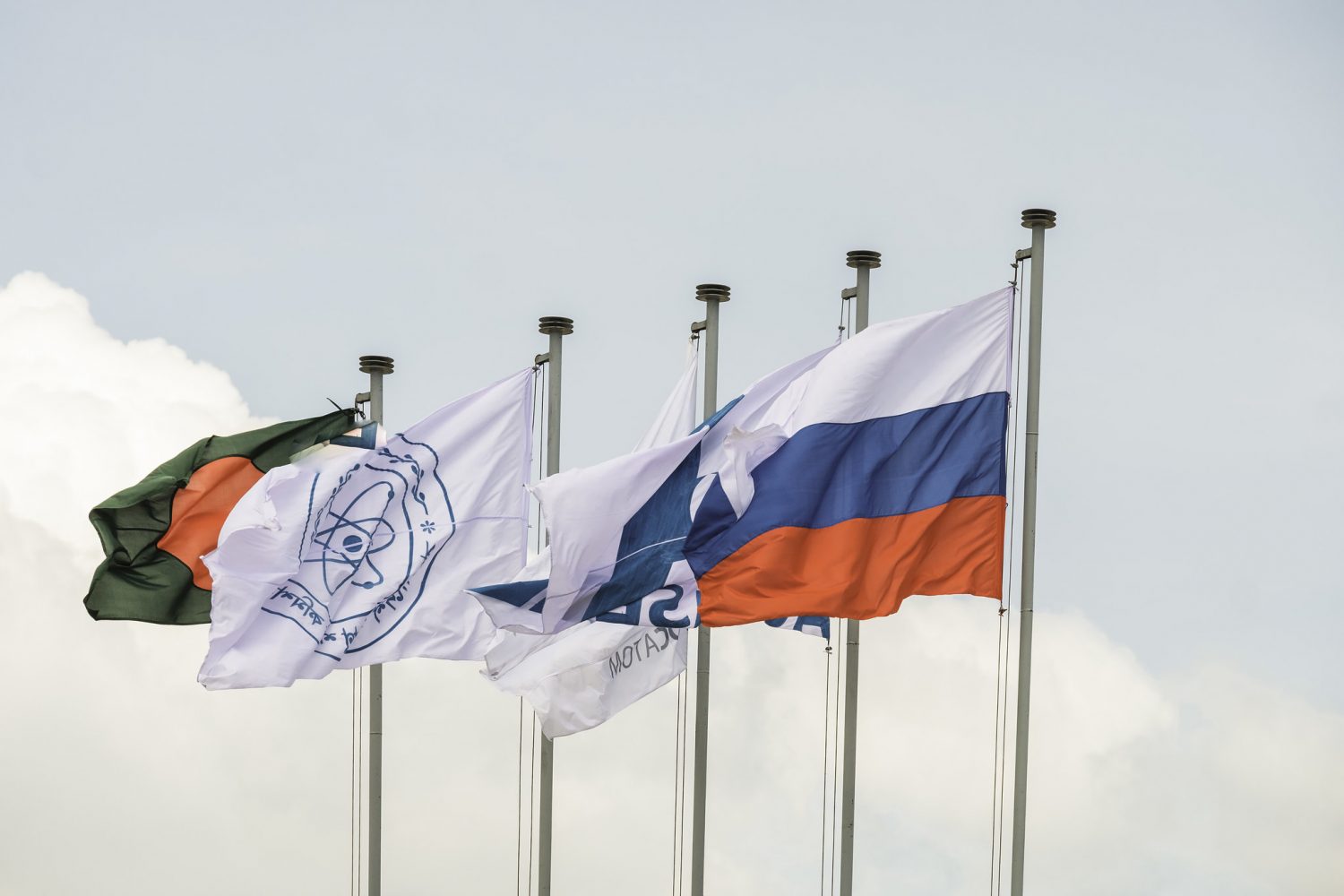 The Volgodonsk-based production facility of AEM Technologies (part of Rosatom’s engineering division) has shipped the last steam generator for the Rooppur NPP, the first one in Bangladesh. The first steam generator was shipped two months ago, together with the reactor pressure vessel. Two more generators were completed in September. That means that AEM Technologies has shipped all the core components for the nuclear island of Rooppur Unit 1.

The last steam generator was delivered from the production site to a special pier where three generators with a total weight of over 1,000 tons were loaded onto a barge. They will be first delivered to Novorossiysk in Russia’s south by river and then travel to Bangladesh by sea. The sea route is about 14,000 km long. Steam generators are Class 1 safety products. Each of them is about 14 m long and 4 m wide and weighs 340 tons. It is a horizontal cylinder-shaped vessel with two elliptical bottoms and inlet and outlet coolant collectors located in the middle section of the shell. The lower section of the vessel is a heat exchanger containing 11,000 stainless steel pipes. One reactor unit has four steam generators.

Russian companies have already started manufacturing equipment for the second unit of Rooppur NPP. The Volgodonsk branch of AEM Technologies has begun welding a lower halve of the reactor pressure vessel. The weight of the component is 160 tons. During the welding, the seams are continuously heated to the temperature of 150–300 °C. After the welding is completed, the lower halve of the RPV will be heated to 250 °C in a gas oven to recover mechanical properties of metal. When the heat treatment is over, the welding seams will be inspected and tested and then metal-clad to form a corrosion-resistant layer.

Simultaneously, the work is underway to manufacture the upper halve of the reactor vessel. At present, it is being machined, which will be followed by the cladding of welding fillets.

The nuclear reactor is a vertical cylinder-shaped vessel with an elliptical bottom. The core and internals are housed inside the vessel. Weighing more than 330 tons, the pressure vessel of VVER‑1200 reactors is 12 meters high and 4.5 meters in diameter. From the top, the RPV is covered by a head with the drives of the reactor control and protection system and in-core sensor cable inlets installed on it.

Work is going full tilt at the Rooppur construction site. Last month, installation and concreting were completed at Tier 3 of the internal containment for the reactor of Unit 1. The coronavirus pandemic has had no effect on the construction progress, Bangladeshi Foreign Minister A. K. Abdul Momen told Sputnik. “The coronavirus could not affect the progress of construction of the Rooppur Nuclear Power Plant. It is a signature project of our Prime Minister, and the Bangladesh Government puts the highest priority on the project,” the foreign minister said. Since May 2020, Bangladesh has issued all the required visas to Russian technicians and experts working on the project, Momen said, adding that special flights were put on to bring the Russian specialists to Bangladesh. Momen also praised the coordination between all stakeholders in Moscow and Dhaka for their efforts in ensuring that the pace of construction has not slowed.

When the first nuclear power plant is commissioned, Bangladesh will have the necessary nuclear infrastructure. The country is working hard to develop it, and its efforts do not come unnoticed by the international nuclear community. In late September, the International Atomic Energy Agency (IAEA) appointed Shawkat Akbar, Rooppur Project Director and a nuclear physicist, to the Technical Working Group on Nuclear Power Infrastructure. He will be a member of the group from 2020 until 2023.

In September, Mikhail Chudakov, IAEA Deputy Director General and Head of the Department of Nuclear Energy, sent an appointment letter to the Ministry of Science and Technology of Bangladesh, which approved the appointment. In his letter, Mikhail Chudakov expressed hope that Mr. Akbar would make a valuable contribution to the development of nuclear power infrastructure. “It is a great honor for me to be a member of the IAEA expert group. Bangladesh is implementing a nuclear plant construction project, so the country needs to be represented in this organization,” Shawkat Akbar said.

The Rooppur nuclear power plant is constructed to the Russian design. The plant will have two Generation III+ VVER‑1200 reactor units having a power capacity of 1,200 MW each.