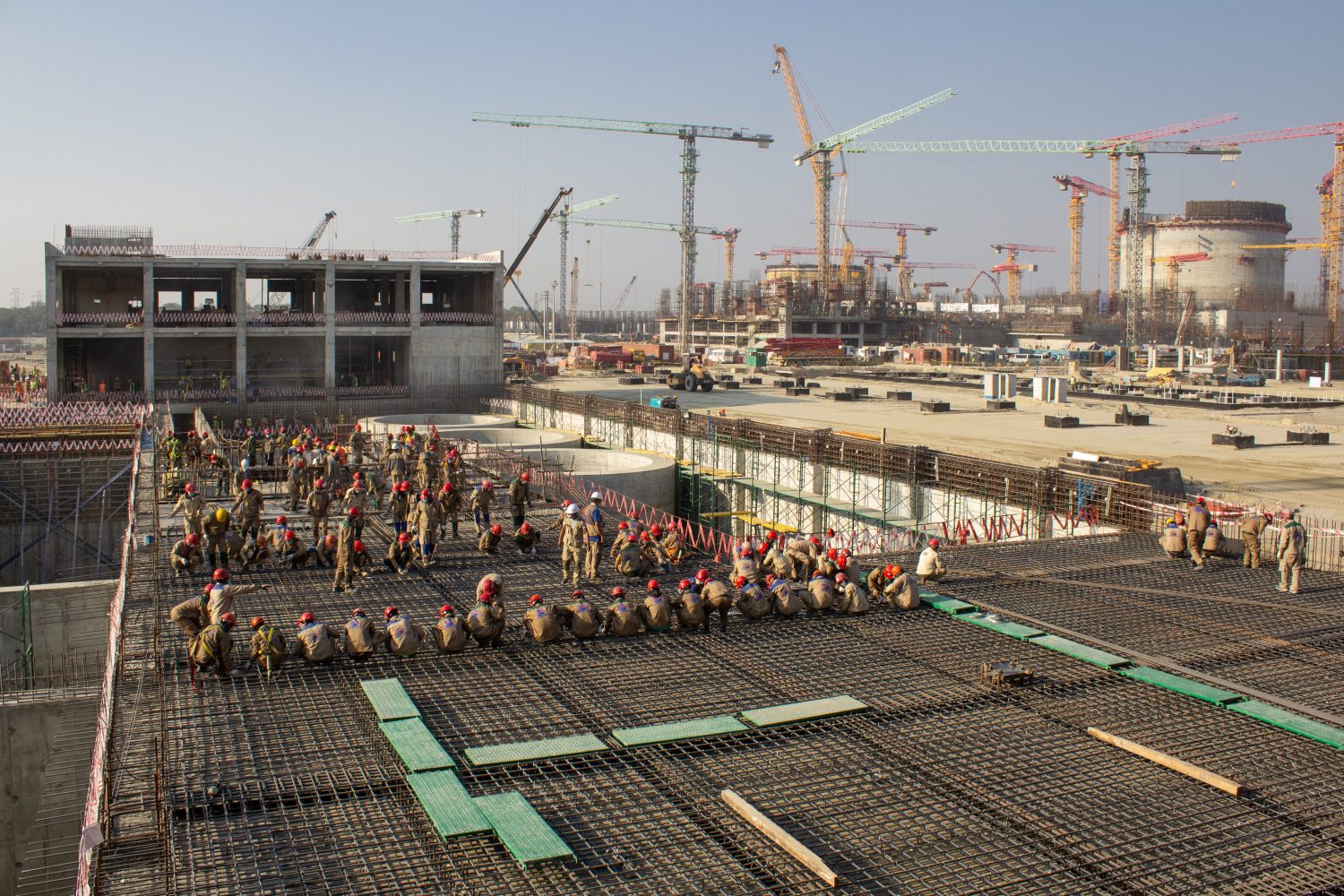 Bangladesh will load the first batch of nuclear fuel into the reactor of Rooppur Unit 1 in February 2023. This was announced by Rooppur Project Director Shawkat Akbar in an interview for The Financial Express. He said that the fuel loading at Unit 2 would start six months later. Shawkat Akbar stressed this would require a tripartite agreement to be signed between all the stakeholders, namely a fuel supplier, a general contractor from Russia (Rosatom’s engineering division ASE), and the Bangladesh Atomic Energy Commission (a body responsible for the delivery of the Rooppur Project).

He also noted that the construction of the country’s first nuclear power plant was in full swing. Earlier, the progress in the construction of Rooppur was highlighted by Bangladesh ambassador to Russia Kamrul Ahsan, who also thanked Russia on behalf of his country for its extensive support for the project.

The Rooppur nuclear power plant is constructed to the Russian design. Its reference unit is the Novovoronezh NPP Unit 6 operating in Russia. This Russian plant has been repeatedly visited by representatives of Bangladesh, and Rosatom employees told them about the current condition of Generation III+ VVER‑1200 reactor units and specifics of their operation.

After the welding and assembly operations were completed, the casing was subjected to thermal treatment to relieve residual stress after the welding. During the thermal treatment, the PCP casing is heated to over 600 °C and kept at this temperature for several hours. After each treatment step, all welds are inspected with dye penetrant and ultrasonic techniques.

AEM Technologies manufactures key equipment for the nuclear islands of the both power units of the Rooppur NPP.