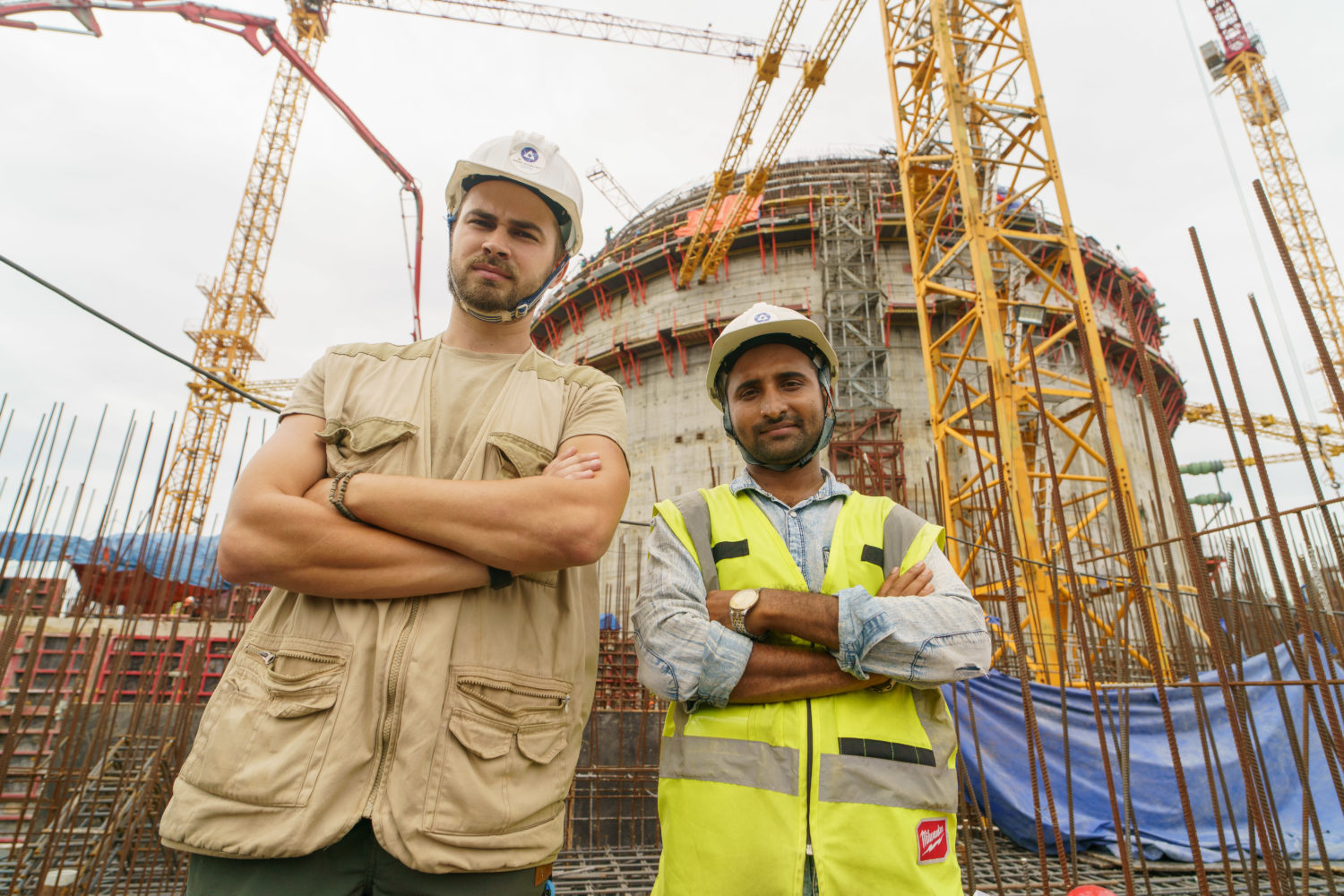 Employees of the Rooppur construction site celebrated the 2021 Nuclear Energy Day. The official opening ceremony was followed by discussions about the progress of the project.

“Those who work on the Rooppur project represent a new generation of champions for freedom. Thanks to the determination of Prime Minister Sheikh Hasina Wazed, Bangladesh has joined the nuclear club. And this is how Bangladesh took its international reputation to a new level,” Yafes Osman, Minister of Science and Technology of Bangladesh, said speaking at the event.

In late November, installation of a polar crane bridge was completed in the reactor building of Unit 2. Beams of the bridge were lifted and installed on the railway track with the help of a Liebherr heavy crawler crane.

The polar crane is installed under the dome of the internal containment shell of the reactor building. The crane bridge rotates on the circular rail track over the reactor pit, while movement of the trolley along the bridge enables loading and unloading operations at any point of the nuclear island. The polar crane with the lifting capacity of 360 tons will be used to handle all the heavyweight equipment units, including steam generators and a reactor pressure vessel. After the nuclear power plant is put into operation, the crane will be used in repair operations and fuel transportation.

Rosatom launched another round of the coronavirus vaccination campaign at the Rooppur construction site for local employees of ASE’s contractors. 3,500 doses of Sputnik V vaccine were delivered to Bangladesh to be administered by local doctors. Earlier, 1,700 on-site employees had been vaccinated against COVID-19. Employees from Russia and the CIS working on the site received a booster shot simultaneously with the vaccination of Bangladeshi workers. Another 740 vaccine doses were delivered to the site for this purpose.

“The Rooppur construction site was one the first among Rosatom’s overseas projects to launch the vaccination campaign among its employees more than six months ago. And we are among the first to give booster shots and offer our Bangladesh colleagues, who make over 75% of the total on-site staff, a chance to get vaccinated because we recognize the burden of professional and social responsibility on our shoulders,” SE Vice President and Director of the Rooppur construction project pointed out.

In November, Rosatom organized a two-week training course on technical aspects of AES-2006 (VVER-1200) design and development of training programs in VVER technology. The course was attended by more than 50 employees and managers of local companies and teachers from national universities. Experts from Rosatom explained the fundamentals of VVER-1200 technology, nuclear plant operation, safety principles of the AES-2006 design, and technical aspects of nuclear fuel. The course attendees learned more about safety assessment computer codes for VVER reactor units, simulation techniques, cost analysis and benchmark assessment of nuclear energy systems, and a process of developing practice-oriented training courses in nuclear technology at universities.

It was the first online course to give the attendees a chance to take a virtual tour of a VVER-1200 reactor unit of Leningrad II. They were demonstrated a site layout, design of the reactor and turbine islands, and a cooling tower in operation. At the end of the course, all the attendees took a final test and received completion certificates.