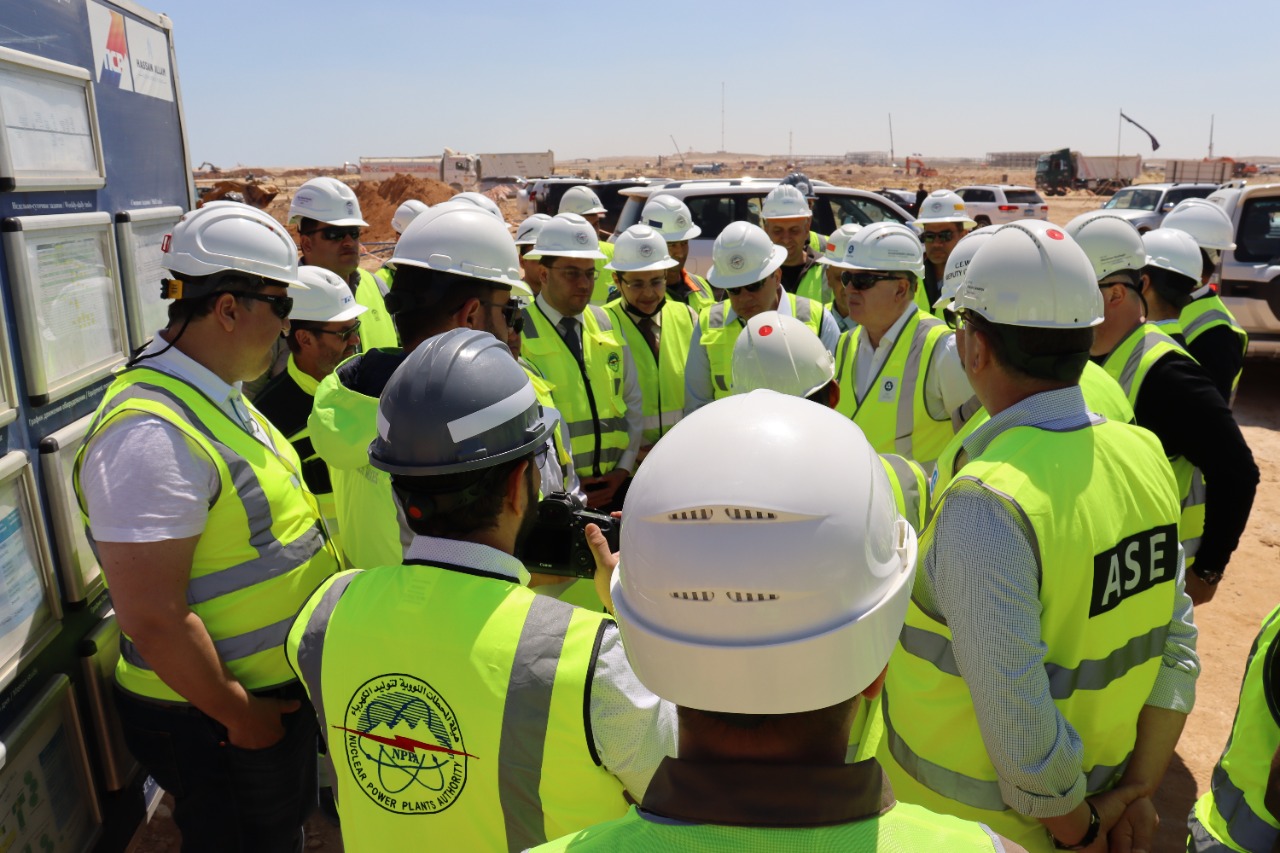 Rosatom top managers and high-rank officials from the Nuclear Power Plants Authority (NPPA) of Egypt visited the nuclear construction site in El Dabaa and praised readiness of Unit 1 for the ‘first concrete.’ Egyptian experts noted the importance of such a high-level delegation visiting the site.

In mid-­April, a Russian-­Egyptian delegation visited the construction site. Among its members were First Deputy Director General for Operations Management at Rosatom and President of ASE Alexander Lokshin and NPPA Chairman Amged El-­Wakeel.

The delegation inspected foundation pits for Units 1 and 2, construction yards, and concrete plants.

“We went through the current activities with our Egyptian partners and outlined further steps towards implementation of the plan. We expect that the construction permit will be obtained this summer to greenlight the start of construction works on the site. This is this year’s key event for us hence it is being prepared meticulously,” Alexander Lokshin said.

The foundation pit of Unit 1 is fully ready for concrete bedding works to begin at the nuclear island. They are expected to start in the near future and precede first concrete pouring for the basemat. At the same time, preparations are continuing on the site with infrastructural facilities constructed in parallel with a sea port to receive oversize and heavyweight components for the nuclear power plant.

“The construction of El Dabaa nuclear power plant is an embodiment of the long-standing dream of the Egyptian people about peaceful nuclear energy. We are observing positive developments in the project. We are confident that the Egyptian-­Russian team will navigate through all the challenges it will face,” Amged El-­Wakeel said.

Egyptian experts highlight the importance of top-rank officials visiting the site. The former representative of the Egyptian Atomic Energy Authority and an expert in nuclear media, Dr. Tareq Abdel Aziz, believes that the statements made are of strategic significance. “The timing of the visit is a firm message from Rosatom and the Nuclear Power Plants Authority to skeptics and those spreading rumors about a setback in the Egyptian nuclear program. According to official representatives of the NPPA, scheduled construction works on the nuclear power plant maintain momentum in full accordance with the agreements between the Russian and Egyptian parties. The progress in the project illustrates many years of successful cooperation between Egypt and Russia,” the expert pointed out.

The visit of the high-level delegation to El Dabaa NPP construction site is of special importance in terms of timing and progress of the project, Karim Al-­Adham, ex-­Chairman of the National Center for Nuclear Safety, believes. “Top-rank officials from the Nuclear Power Plants Authority and Rosatom pay much attention to delivering El Dabaa NPP project in accordance with the time schedule and closely monitor the preparations for fully-­fledged construction works to begin. More important is that the visit is an expression of encouragement for the on-site workers from Russia and Egypt,” he said.