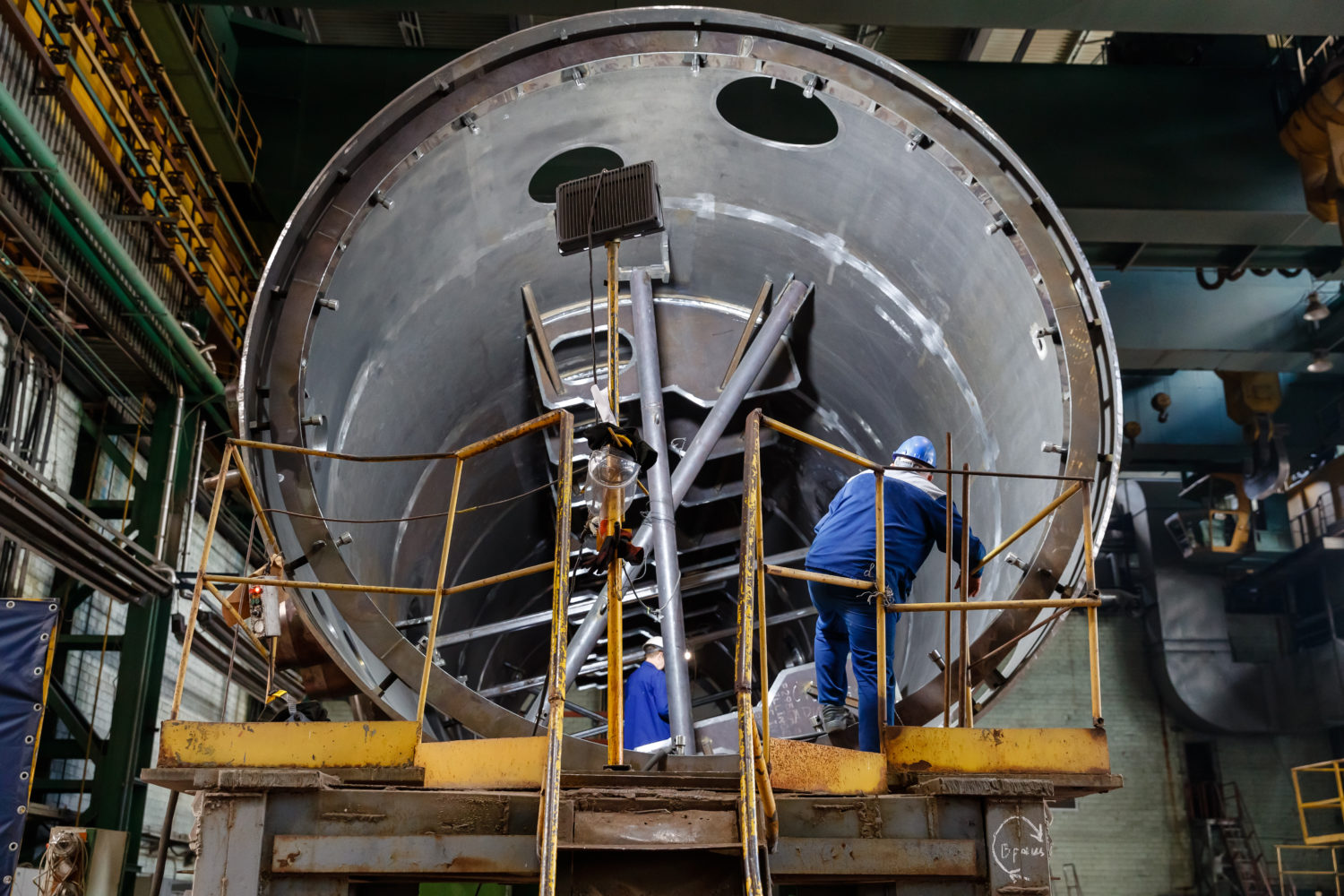 An Egyptian delegation headed by the Chairman of the Nuclear Power Plants Authority (NPPA) Amged El-­Wakeel visited Russian mechanical engineering factories. During this working visit, a manufacturing facility in Kolpino (Saint Petersburg), which makes nuclear power equipment for Rosatom, hosted a ceremony to mark the start of production of workpieces that will be turned into a reactor pressure vessel for El Dabaa Unit 1.

“We value the professionalism and focused effort of the Russian-­Egyptian project team. Visits like this demonstrate that the project moves forward seamlessly and without stopping. We are sure that El Dabaa nuclear power plant will bring new power technologies to Egypt and contribute to the well-being and prosperity of the people of Egypt in the decades to come,” says Amged El-­Wakeel.

The delegation also visited Leningrad NPP. The delegates were taken to the power units with VVER‑1200 reactors commissioned in 2018 and 2021 and inspected the main control room, turbine island and training center of the nuclear power plant.

“VVER‑1200 reactors installed at the Leningrad NPP will serve as a reference for Egypt’s first nuclear plant. This is why we are closely involved with the Egyptian side. A cornerstone of our work is that we are engaged in delivering professional training courses for EL Dabaa employees in accordance with the curriculum of Rosatom’s Technical Academy. We will have to train about 2,000 employees for the Egyptian nuclear power plant,” Leningrad NPP Director Vladimir Pereguda said. 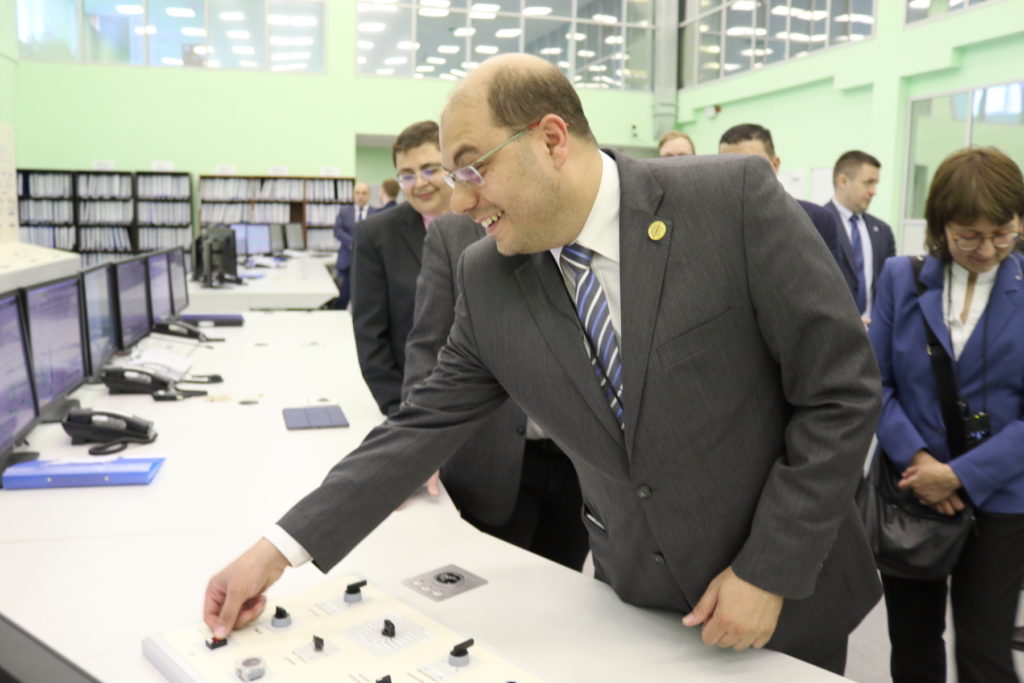 The Egyptian delegation also visited Rosatom’s Technical Academy and an office of AtomEnergoProekt in Saint Petersburg where they held talks with the Russian party to discuss engineering considerations of El Dabaa.

“The project meets the planned timeline. And I would like to further thank our Egyptian customer for the concerted joint efforts. As I have learned recently there is an Egyptian proverb that says ‘One hand cannot clap.’ I cannot but acknowledge that El Dabaa project now has two working and caring hands,” Alexander Lokshin, First Deputy Director General for Nuclear Energy at Rosatom, pointed out.

Senior Vice-­President of AtomStroyExport (part of Rosatom) Alexander Korchagin spoke in an interview for Egyptian daily Al-­Masry Al-­Youm about the preparation of El Dabaa site for construction works. “We continue preparations on the site. We have excavated a pit for the first power unit and prepare for laying a concrete bed for the nuclear island of Unit 1. We are erecting auxiliary facilities on the site and constructing a sea port to receive oversized and heavy cargoes for the nuclear plant,” Alexander Korchagin said.

He also told the newspaper that there were world-­known Egyptian companies — ​Arab Contractors, Hassan Allam, and Petrojet — ​among project contractors. El Dabaa opens up ample opportunities for Egyptian companies in an effort to increase local content. “Depending on the type of work, we plan to gradually increase the number of local contractors from at least 20 % at Unit 1 to at least 35 % at Unit 4,” Alexander Korchagin pointed out. He also explained that the Russian party undertook to train the operating personnel for the nuclear plant under construction. Some of the would-be employees already study at the Saint Petersburg branch of Rosatom Technical Academy. Around 1,700 El Dabaa workers will undergo training in Russia over the period till 2028. Along with gaining theoretical knowledge, they will acquire practical skills during the on-site training at Russian nuclear power plants.