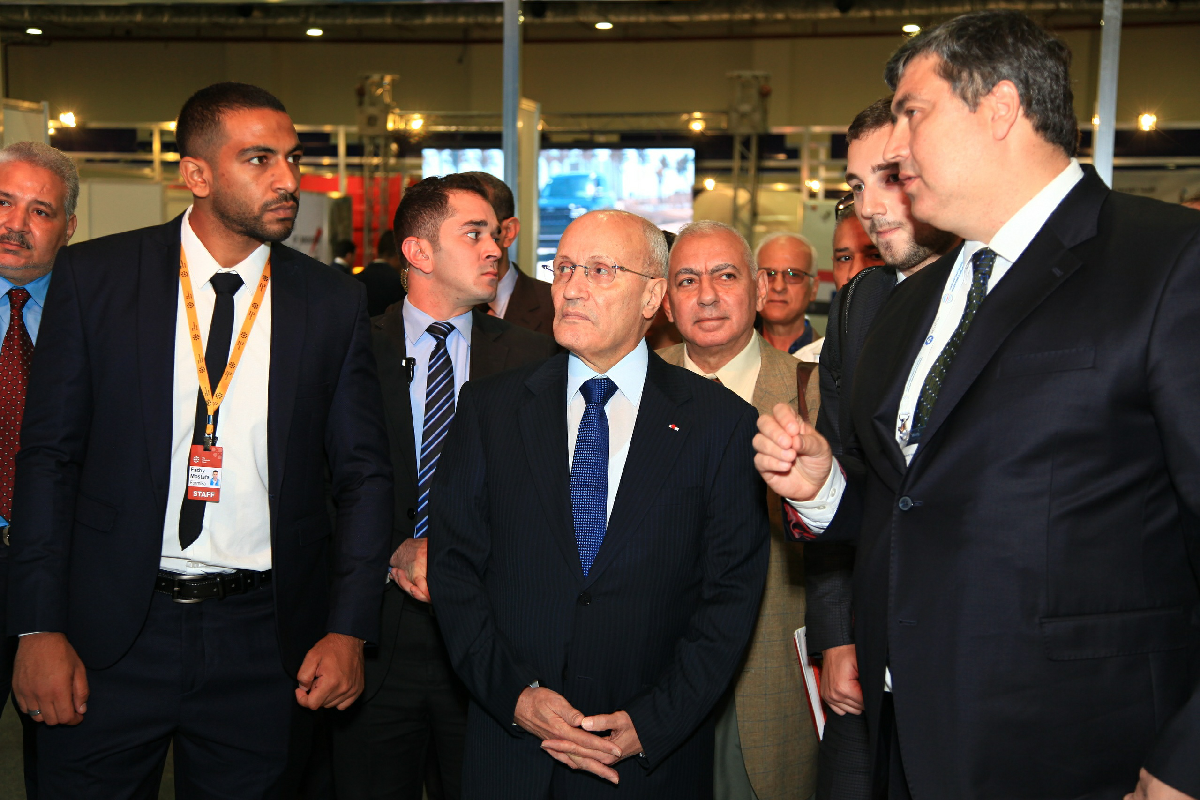 More than 5,000 corporate managers from Egypt and other MENA countries visited this year’s trade show. Over 100 major companies from more than 15 European, Asian and African countries displayed their latest products and industrial innovations in mechanical engineering, industrial automation and agriculture technology.

The main plenary session dubbed Africa. Advanced Manufacturing Site was the key event of the business program. Speaking at the plenary session, Denis Manturov, Russian Minister of Industry and Trade, stressed the growing importance of cooperation between Russia and Africa, “This emphasizes the mutual interest of Russian business and African countries to promote large-scale long-term projects together and to fill the agenda with promising economic initiatives.”

On October 8–9, Rosatom and the Nuclear Power Plants Authority (NPPA) organized the second forum for nuclear industry suppliers within the framework of the Big Industrial Week.

Speaking at the opening ceremony, Kirill Komarov, Rosatom’s Deputy Director General for Corporate Development and International Business, said that the Russian-Egyptian cooperation had a long and successful track record. The Soviet Union built the first research reactor in Egypt more than 60 years ago and helped the country make the first step towards nuclear technology.

Kirill Komarov reminded the audience of the Russian-Egyptian comprehensive strategic partnership agreement ratified by President Vladimir Putin in August. He said that the document providing for extensive cooperation in the nuclear industry emphasized special relationships between Russia and Egypt. Speaking about the under-construction El Dabaa plant featuring four VVER-1200 reactors, Kirill Komarov mentioned that the same technology was used in Russia and proved reliable, “El Dabaa plant will be the safest in the world, and Cairo has made the right decision to invest in nuclear.” For the last 14 years, Rosatom brought online 15 reactors in Russia and abroad, Kirill Komarov said, while 36 more are at different stages of completion in 12 countries.

Alexander Voronkov, Vice President for Middle East and North Africa at Rosatom, said that the El Dabaa project would facilitate the development of economy, technology and education in Egypt. He also noted that one of Rosatom’s objectives was to raise awareness of the local population and speak about economic and social advantages that El Dabaa plant would bring.

Mohamed Shaker, Minister of Electricity and Renewable Energy of Egypt, said that Russian and Egyptian officials paid close attention to this largest national project for its strategic importance for the two countries. Shaker added that the Forum offered an excellent opportunity to involve local businesses into the project and establish strategic partnerships with major global companies. The minister reminded that the contracts for the construction of El Dabaa provided for at least 20% of the total scope of work to be carried out at Unit 1 locally and this percentage to increase during the construction of other reactor units.

Dr. Amgad Alwakeel, Head of Egypt’s Nuclear Power Plants Authority, said that El Dabaa was the largest construction project in modern day Egypt. He added that the nuclear industry strengthens Egypt’s reputation among African and Arab countries. Amgad Alwakeel assured the audience that El Dabaa would create 3,000 new jobs in the nuclear industry and around 20,000 jobs in related industries.

Rosatom organized a forum for El Dabaa suppliers and contractors for the second consecutive year. Grigory Sosnin, Vice President of Rosatom’s engineering division ASE and El Dabaa Project Director, noted, “As we see from last year’s results, the forum was a perfect chance for potential suppliers to better understand how the procurement system of Rosatom works and better identify current and future tenders for El Dabaa.”

Russia and Egypt are expanding their cooperation. In late October, the Russian southern city of Sochi hosted the Russia-Africa Summit and Economic Forum co-chaired by Vladimir Putin, President of the Russian Federation, and Abdel Fattah al-Sisi, President of the Arab Republic of Egypt and Chairman of the African Union.