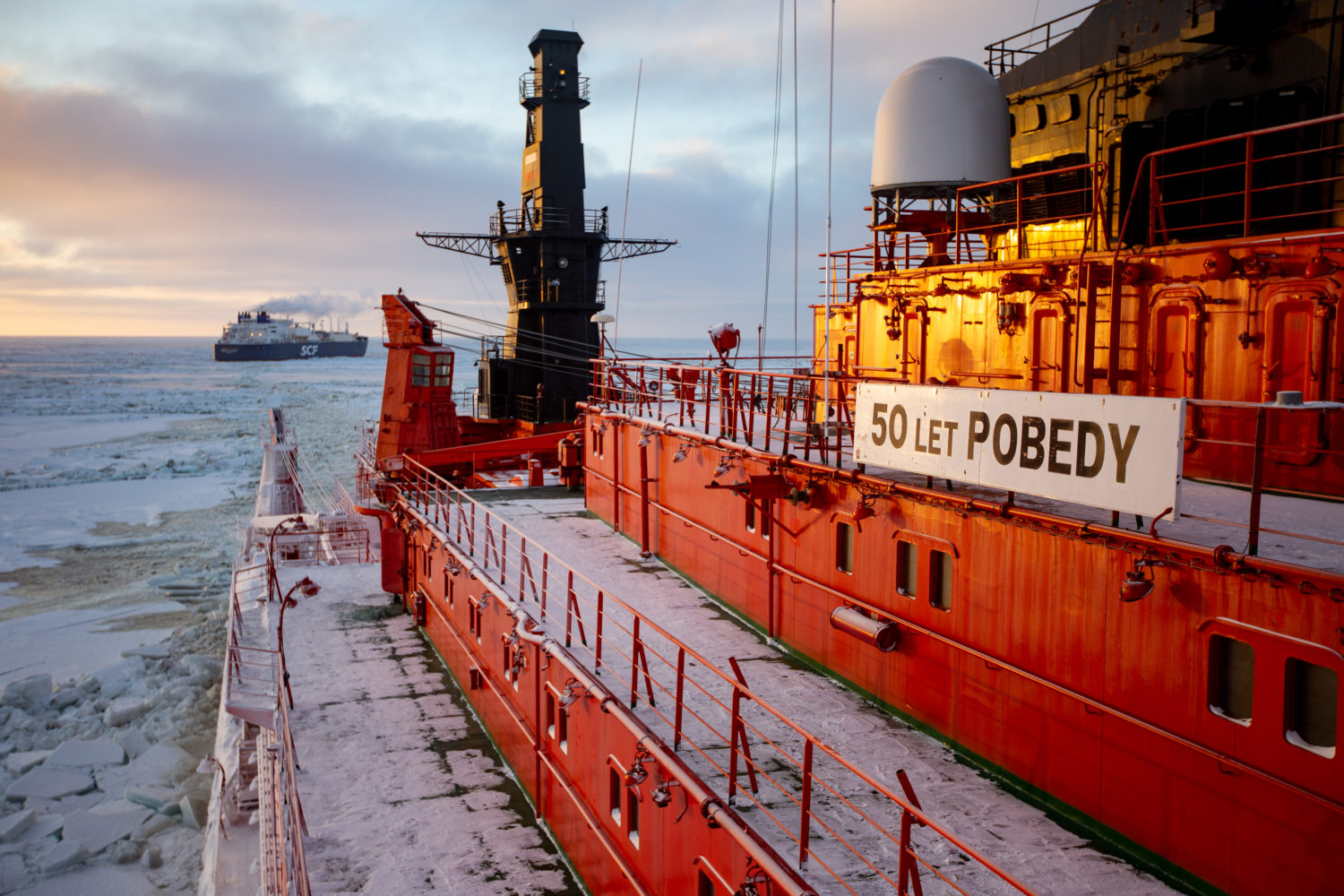 Rosatom improves sailing on the Northern Sea Route (NSR), the shortest shipping lane from Northern Europe to Asia Pacific in the northern hemisphere. Improving means taking measures to make the NSR passage easily navigable, cost effective and safe — ​not only for the vessels carrying cargo, but also for the environment. With this in view, Rosatom initiated a monitoring survey for Arctic ecosystems along the NSR.

Technically, the Northern Sea Route starts on the border between the Barents and Kara Seas and ends in the Bering Strait. The route spans nearly 5,600 km from the Kara Strait to Cape Dezhnev and a little more than 14,000 km from Saint Petersburg to Vladivostok. For comparison, it will take more than 23,000 km to travel between the same destinations through the Suez Canal.

Due to the recent disruptions in supply chains, the NSR has become more significant over the last few years as a backup shipping lane that connects Russia, Europe and Asia Pacific (first of all, China and Japan) and opens up new opportunities for global trade.

Ice cover is the main thing that differs the NSR from other sea lanes and necessitates the use of icebreakers, especially in its eastern part where navigation without icebreaker escort is troublesome for most of the year. Icebreakers escort ship convoys carrying cargo to remote towns, exploring mineral deposits or transporting minerals, oil and gas.

Nuclear icebreakers are very powerful and capable of operating independently — ​without refueling — ​for a long period of time. And since they do not use hydrocarbon fuels, they neither produce emissions nor cause fuel spill accidents.

A continuous environment monitoring program is needed to ensure sustainable development of the region on the back of global climate changes and rapidly growing maritime traffic on the NSR. The first step towards this goal was made in partnership between Rosatom and the Lomonosov Moscow State University Marine Research Center (LMS MRC). The joint project meets international and Russian standards on environment and biodiversity protection and the Arctic Council’s guidelines and recommendations.

One of its priorities is cooperation with the international expert community. LMS MRC and Akvaplan-niva (Norway) set up an international expert team for the NSR environment monitoring. The team included experts from leading Russian and foreign research institutes, associations, unions and non-governmental organizations engaged in environment protection and biodiversity conservation, and representing Russia, Europe and Canada.

Over 60 experts from 15 research organization spent nine months working on the project. They conducted a pilot monitoring survey at 50 stations situated along the entire NSR, did laboratory tests and processed the information obtained, launched a beta version of the satellite-­based digital service for NSR traffic and pollution monitoring, and drafted a regular monitoring program. The samples taken during field work were processed in Moscow and Saint Petersburg laboratories. In total, they analyzed 450 samples of plankton and 243 samples of benthos (a community of organisms that live on, in, or near the bottom of a sea, river, lake, or stream).

Atomflot (part of Rosatom) operates six icebreakers: Yamal, 50 Let Pobedy, Taymyr, Vaygach, Arktika, and Sibir. The two last vessels are the most advanced Project 22220 multi-­purpose icebreakers. The company also operates the world’s only nuclear-­powered LASH carrier Sevmorput. Three more Project 22220 nuclear icebreakers — ​Ural (to be commissioned in late 2022), Yakutia (2024), and Chukotka (2026) — ​are currently under construction in Saint Petersburg. Another icebreaker, Rossiya, is under construction at the Zvezda Shipyard in Russia’s Far East. This one is built to Project 15010 design and will be the world’s most powerful icebreaker to be commissioned in 2027.

The Russian government will earmark RUB 118 billion for two more icebreakers until 2030.

The survey showed that the parameters under study in the summer and autumn of 2021 were generally within the range specific to the seasons and regions monitored. Researchers did not find any above-­limit concentrations of contaminants in air, sea water or bottom sediments that could be a sign of negative effects produced by human activities and maritime traffic at the current stage of NSR development.

The project deliverable was a framework program for regular environmental monitoring on the NSR. The program contains recommendations regarding the choice of monitoring targets and parameters, research methods, work plans, environment monitoring checklists, and requirements for storage and interpretation of the data obtained. The document also contains guidelines on data processing, use of the geographic information system and software products.

Further work on the project provides for the development, together with the expert community, of detailed programs and methodologies for each aspect of the NSR monitoring, conducting field studies on an annual basis, development and testing of digital services for traffic intensity and water pollution monitoring along the Northern Sea Route.