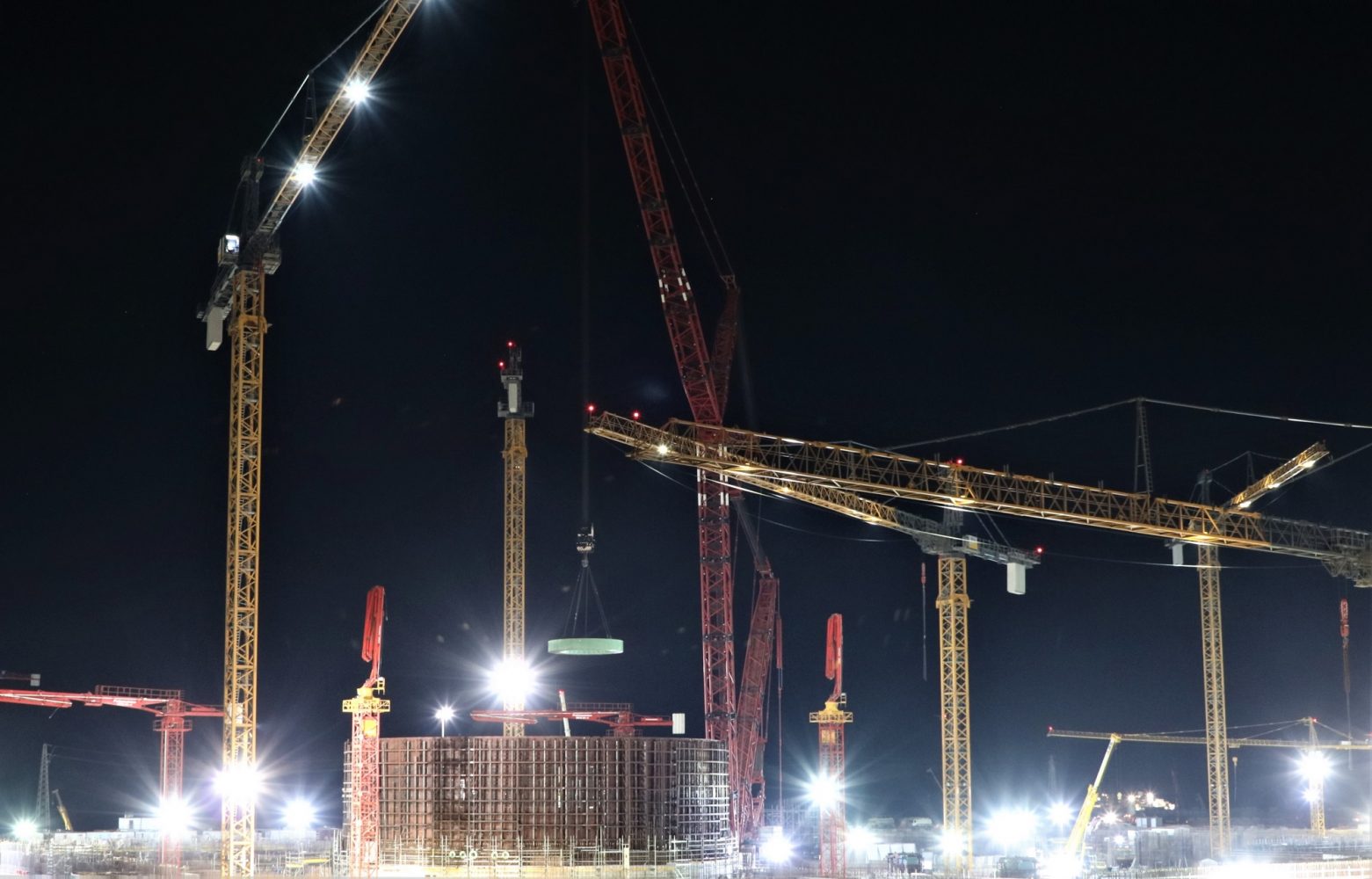 The President examined the progress of the project and had a meeting with young Turkish engineers who received their degrees from Russian universities under the Akkuyu NPP personnel training program.

“We have inspected the construction site of our Akkuyu Nuclear Power Plant. We have witnessed how rapidly the plant is erected through efforts of engineers and workers,” Erdogan said.

The President of Turkey noted that there were 51 reactors under construction in 19 different countries and added, “When climate change comes top of the agenda, nuclear stations become critical energy sources for the countries like ours. So, our goal is to take steps to bring this country closer to the construction of the second and third nuclear plants. And here we will start with the launch of four reactors at our first nuclear power plant.”

Alexey Likhachev stressed that Russia-­Turkey nuclear cooperation was strategic by nature and the Akkuyu project was its centerpiece. “Today, full-scale construction works have been launched at the site simultaneously at three power units. This is an unparalleled scale for an international nuclear construction project, which is also moving forward at an unprecedented pace. Working together, the Russian and Turkish teams have developed friendly and constructive relationships: all the works are running as scheduled,” Alexey Likhachev emphasized.

In September, the second crawler crane Liebherr LR 13000 was put into operation on the construction site. There are only five same-model cranes in the world, and two of them work at Akkuyu. The crane has already performed this year’s key operations in the reactor building of Unit 2 — ​it installed the second tier of the internal containment shell and a support ring into the reactor pit. The ring serves to hold the reactor pressure vessel (RPV) in place inside the concrete pit. 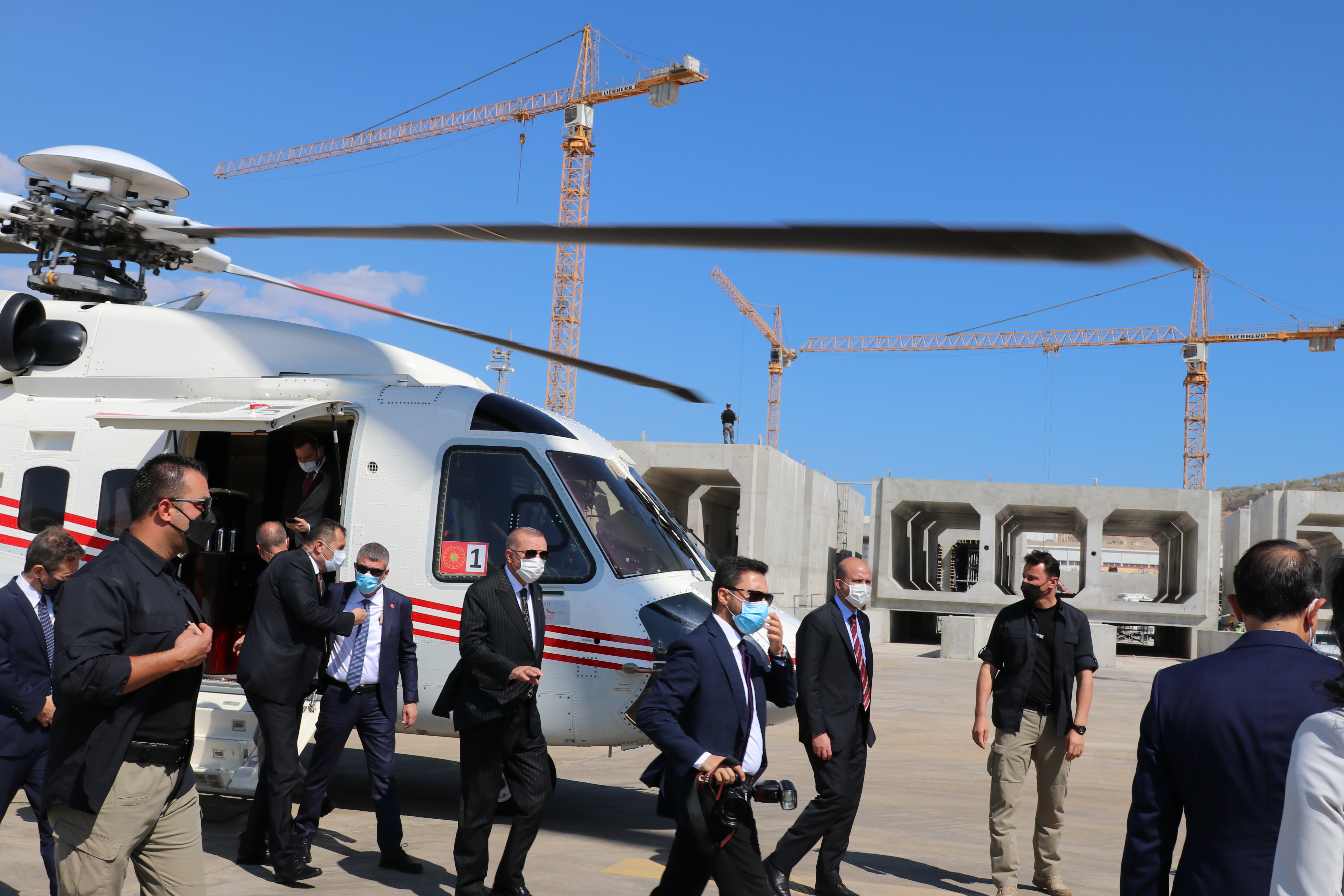 Earlier, an RPV support frame was also installed in the same building. It is a welded steel structure designed to firmly fix the RPV in the pit and protect it from gravity and seismic loads. The support frame is more than 9 meters in diameter and weighs over 88 metric tons.

“The installation of RPV support structures at Unit 2 is one of the milestones scheduled for 2021. This enables us to continue working on the reactor pit construction. Installation of such large structures is not an easy thing to do — ​tolerable variations of the RPV position relative to the reactor pit are as small as 2 mm,” says Sergey Butskikh, First Deputy CEO and director of the under-­construction nuclear power plant.

Meanwhile, Russian companies continue to manufacture equipment for the third unit of the plant. The Volgodonsk-­based production facility of AEM Technologies (part of Rosatom) has prepared a workpiece that will be turned into the reactor bottom. It was produced by hot forging in several stages. The workpiece is a seamless metal plate with a size of 6 x 6 meters. Forged plates of that size are hard to handle and transport, but the production process does not allow for weld seams in the plate.

Rosatom is working to make the knowledge about nuclear energy and radiation technology available to as many people as possible. In late December, the old Istanbul Atatürk Airport hosted the 4th International Teknofest Aerospace and Technology Festival, the largest technology event in Turkey. AKKUYU NUCLEAR took part in the festival for the first time, and as one of its major partners. The company turned its booth into an interactive educational ground offering the visitors expert lectures and talks, screening of documentary films, and nuclear quizzes with prizes. Experts spoke about the role of nuclear energy in tackling climate change, operating principles and reliability of nuclear power plants, and various applications of nuclear technology. Some of the expert talks were dedicated to popular myths and fallacies about nuclear power.

The screening of episodes from the Atoms for Humanity documentary series attracted a lot of attention. The film is an educational project initiated by Rosatom to demonstrate the significance of nuclear technology for achieving the UN Sustainable Development Goals. By presenting personal stories, the project highlights the importance of nuclear technology for the development of cities and regions and changing people’s lives for the better. The visitors of AKKUYU NUCLEAR’s booth had a chance to watch the Turkish episode of the documentary series and talk to their protagonists, Burak and Canan Alatli, a young couple who studied in Russia under the Akkuyu NPP personnel training program and working at the construction site of Turkey’s first nuclear power plant.

“This year, AKKUYU NUCLEAR, carrying out Turkey’s largest power project took part in the festival as its partner under the motto ‘New Energy, Strong Turkey’. The company invited acknowledged experts and informed thousands of young people about nuclear energy and nuclear technology. We are very thankful to AKKUYU NUCLEAR for its participation in the exhibition!” says Ömer Kökçam, Director of Türkiye Teknoloji Takımı fund.

The Akkuyu nuclear power plant is under construction, but life in its host province has already changed for the better. AKKUYU NUCLEAR plays a great role in the life of the local community, carrying out environmental initiatives and organizing arts, sports and environmental events for the locals on a regular basis. 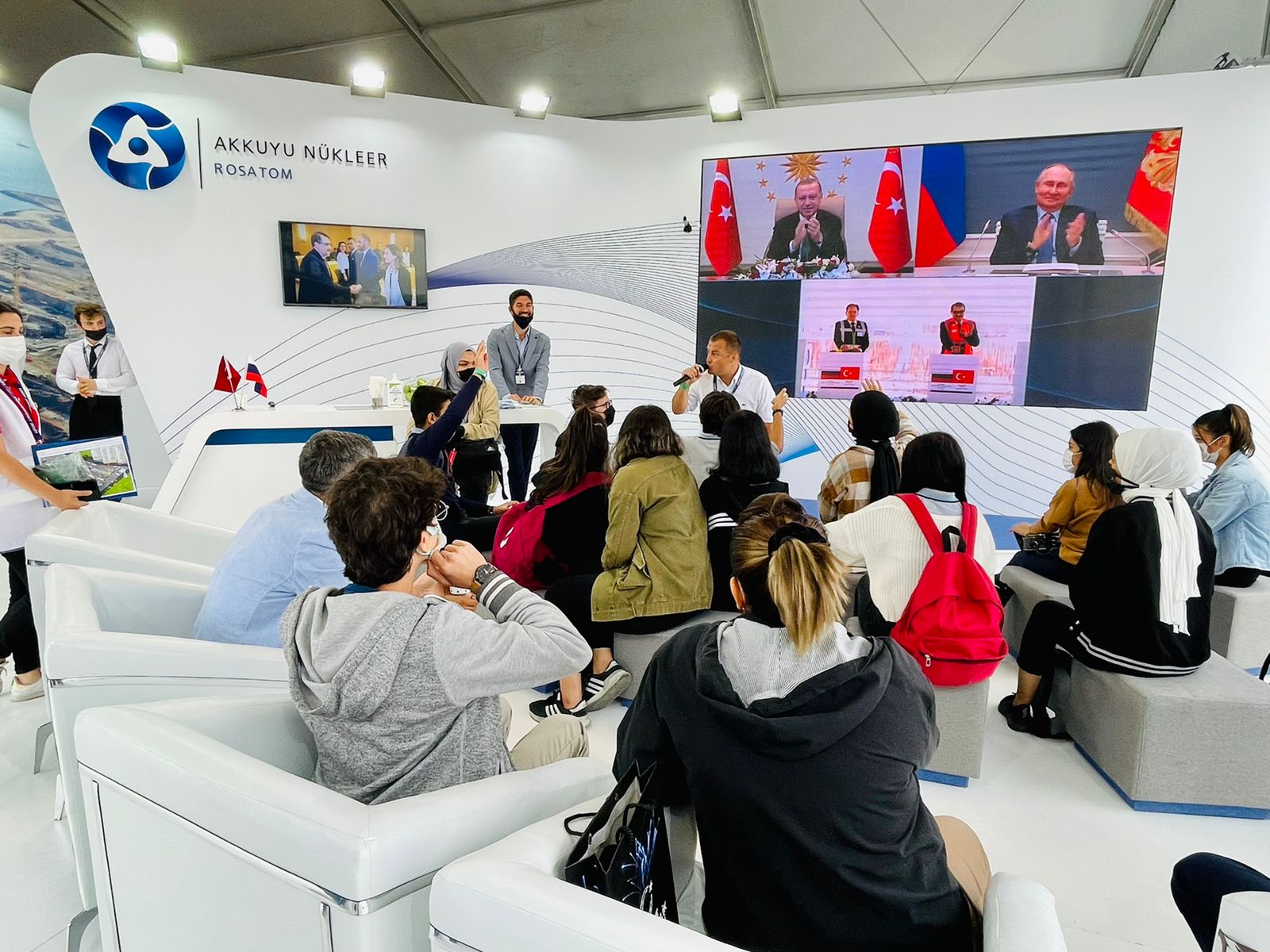 At the beginning of the school year, the company held parties for children at three schools in the Gülnar District. Entertainers organized master classes, fun activities and contests for children. A soap bubble show and a puppet theater were what the children liked most of all. They also made sand paintings, folded origami figures and ate sweet treats.

Earlier, AKKUYU NUCLEAR organized an angling contest not far away from the Akkuyu construction site. Thirty amateur anglers took part in the contest. They were instructed and provided with a uniform; then ten boats with a crew of three each put to sea. When the anglers returned, their catch was measured and weighed, and the best anglers were determined in several categories. All the winners received awards from AKKUYU NUCLEAR during an official awards ceremony.

Angling contests near nuclear power plants have long become a tradition in Russia. In 2019, Rosatom organized the first international angling championship in the Gulf of Finland near Leningrad Nuclear Power Plant – Russia’s largest NPP. The contestants were amateur anglers from Russia and 5 other countries. Contests like that serve the purpose of demonstrating clearly that nuclear energy is clean and safe for animals, fish and plants inhabiting the nearby water bodies. A similar tradition is now forming in Turkey. The first angling contest in Turkey was held in 2014.