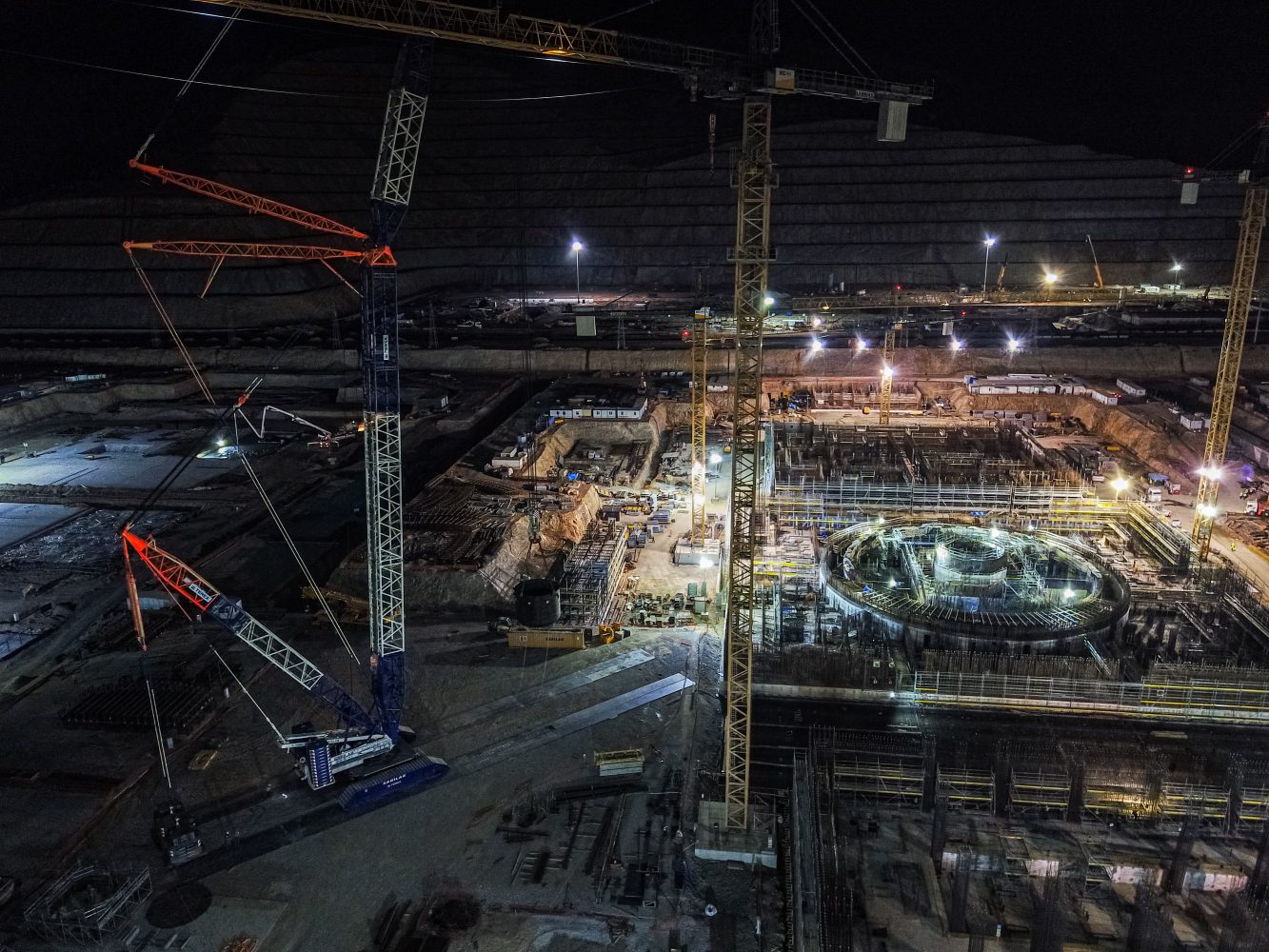 Joining the ‘nuclear club’ gives Turkey a chance to become a technology leader, Anastasia Zoteeva, Chair of the Board and CEO of Akkuyu Nükleer, said in an interview to Bloomberg. “The nuclear power plant will, of course, contribute to the local economic development because nuclear secures a reliable energy supply at a predictable price. Technology and science will also develop at pace. (…) Needless to say, this will improve the intellectual potential of the country,” Zoteeva stressed.

The CEO noted that there were 8,000 people working on the construction site with 80 % of them being Turkish citizens. This number will grow up to 12,000 people at the peak of construction. After the nuclear power plant is commissioned, it will employ 4,000 people. Turkish employees will be able to replace Russian workers in many areas — ​their training is already underway.

Anastasia Zoteeva also said that, despite the pandemic, all the operations scheduled for the previous year were completed on time. For example, a core catcher and an internal containment of the reactor building were installed at Unit 1. At Unit 2, workers also installed a core catcher in its permanent position and completed the first tier of the internal containment. Construction works are going on at three units simultaneously. Turbine buildings and other auxiliary facilities of the nuclear power plant are also being constructed. “We did not stop working during the pandemic — ​not for an hour. We took every step to ensure safety of our employees. The Turkish government gave us much support. We managed to continue work on the site even in the most difficult situations,” Anastasia Zoteeva stressed.

The plan for this year is to obtain a license for Unit 4 and continue construction at the first three units, she said.

The Akkuyu NPP is an advanced reliable plant built in full compliance with Turkish, Russian and international standards of quality and safety, Sergey Butskikh, First Deputy CEO at Akkuyu Nükleer and director of the under-construction nuclear power plant, said earlier. “Akkuyu will be one of the safest nuclear power plants in the world. Safety is and will be our top priority throughout the service life of the plant. The safety culture pierces every aspect of the project and determines every stage and form of the work we do. Safety systems account for about 40 % of construction costs,” Sergey Butskikh stressed. 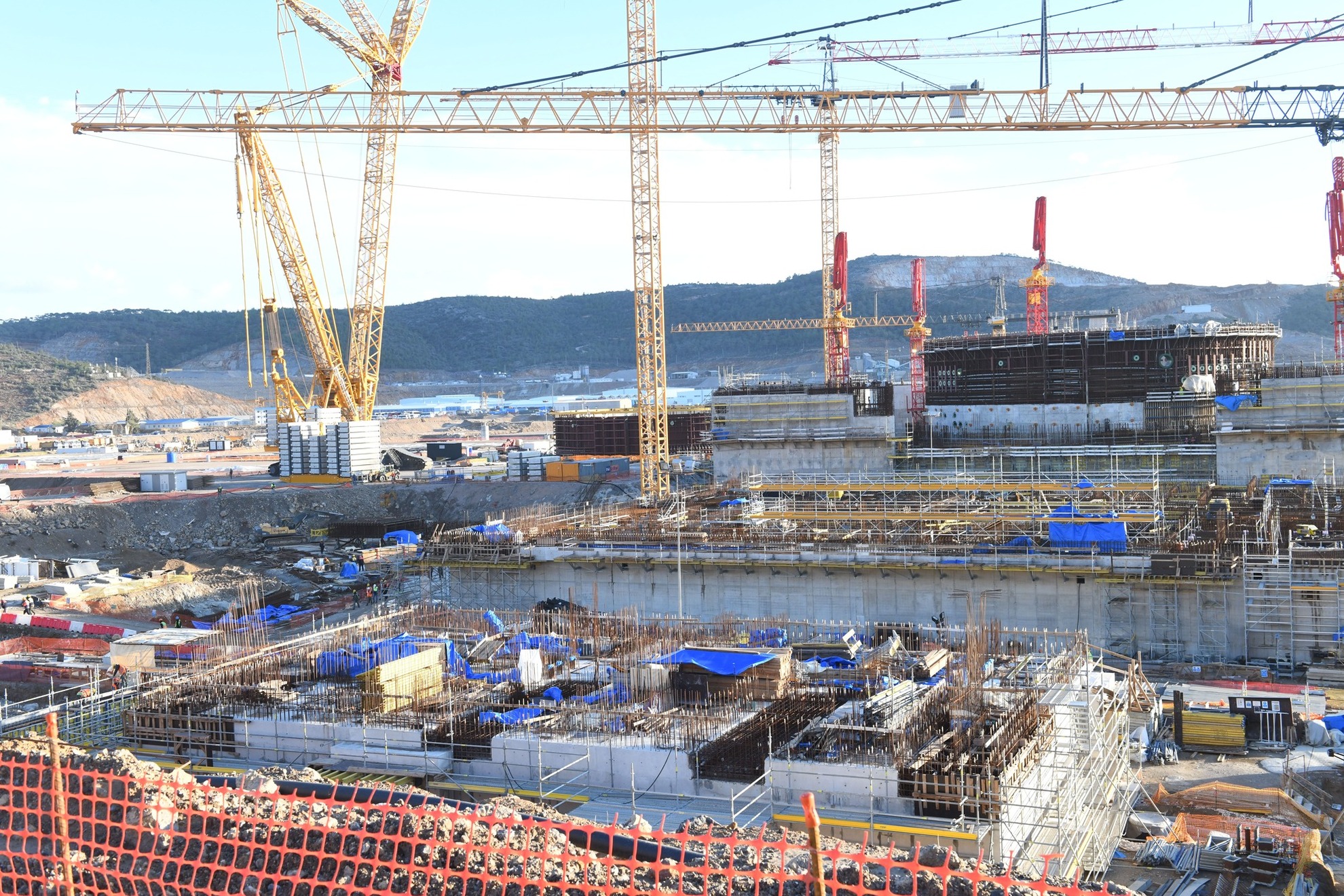 He reminded that the construction is supervised by Akkuyu Nükleer and its contractors, as well as by independent auditors, such as the French engineering group Assystem and Turkey’s Nuclear Regulatory Authority (NDK).

Russian companies continue to manufacture and ship machinery and equipment for the nuclear power plant right on schedule. In late January, the Petrozavodsk branch of AEM Technologies (part of Rosatom’s mechanical engineering division) shipped a set of embedments and mounting hardware for the pressurizer and emergency core cooling system tanks. The embedments are 4-meter 6-ton steel rings embedded in the concrete foundations and slabs to be connected with the mounting parts of the equipment. The company has started to assemble spherical casings of the primary coolant pumps for Akkuyu Unit 2. All four guide vanes for the pumps are ready for shipment to the construction site.

With a multi-level safety system, the Akkuyu NPP will be able to withstand a 9-magnitude earthquake. The plant is designed and constructed accounting for specific landscape and climate in the Mersin province. Seismic surveys around the current construction site started back in the 1970s. According to the environmental impact assessment (EIA) report approved by the Ministry of Environment and Urbanization of Turkey, the Akkuyu site is recognized as one of the seismically safest areas in Turkey. The EIA report is based on 250 technical surveys conducted by universities and government organizations in 1974–2010. In 2011–2012, four independent research teams from the Boğaziçi University Kandilli Observatory and Earthquake Research Institute (KRDAE), the Russian Academy of Sciences Institute of Earth Physics, Worley Parsons (EU) and RIZZO (USA) carried out seismic hazard assessment studies for the Akkuyu nuclear power plant. In addition, the Civil Engineering Department of the Middle East Technical University and the Naval Engineering Research Center carried out a comprehensive assessment of tsunami hazards for the Akkuyu NPP. 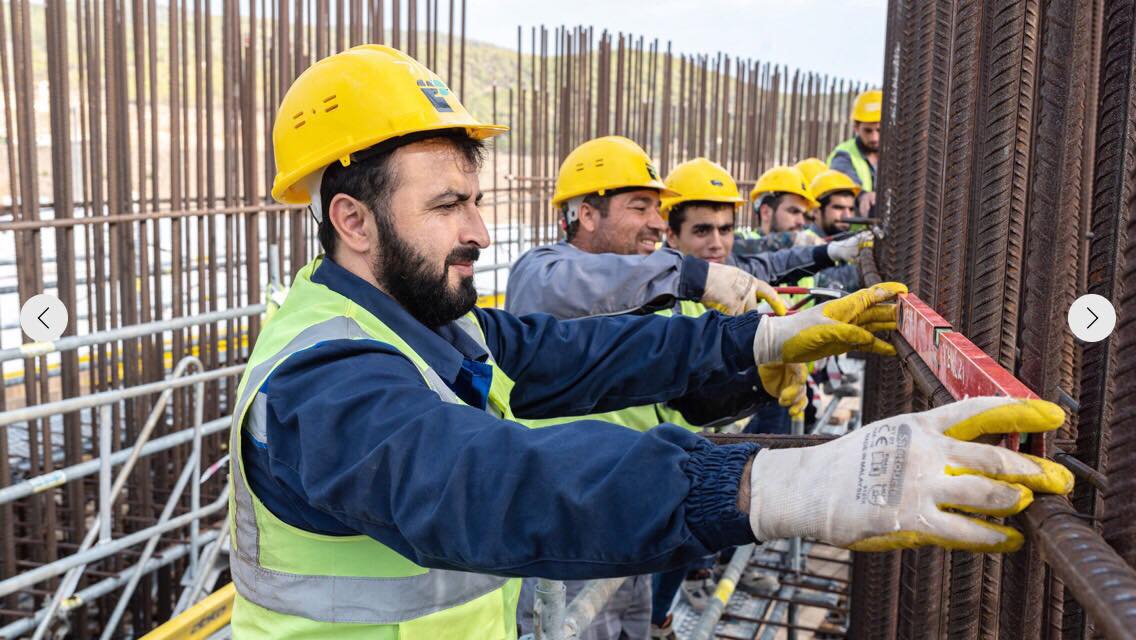 The Akkuyu nuclear power plant is already changing the local life for the better. New houses are built and new stores opened in the neighboring communities of Silifke and Taşucu. Before the project launch, the population of Taşucu was about 10,000 in winter months and has grown to nearly 50,000 since then. “Construction in the region is going on a large scale. For example, we are preparing a development plan of a residential area for Russian workers. It will be built between Silifke and Taşucu and consist of 3,000 houses,” said Nurettin Kaynar, Chairman of the Silifke Chamber of Commerce and Industry. The services segment is also seen to rebound. Kaynar explains, “For example, a car rental company is preparing to open an office in Taşucu. Our economic and social life becomes more active. I think the region will benefit from those changes.”

ITER and Beyond
As the International Thermonuclear Experimental Reactor (ITER) project is advancing, Russia continues to manufacture and supply critical components for the reactor. A major role in the design and production is…
More popular stories
#231July 2020

The coronavirus pandemic has not affected the construction of Bangladesh’s first nuclear power plant — ​all the work is either on or ahead of schedule. In late June, workers finished concreting the third ring of the internal containment structure at Rooppur Unit 1. It took only 34 hours to do the job instead of 40 hours as set out in the project schedule. The height of the reactor building reached 34.5 meters. The concreting was supervised by representatives of Atomstroyexport (part of Rosatom) and the Bangladesh Atomic Energy Commission (BAEC) to confirm compliance with the design documents and the highest quality of building materials used.

The lockdown caused by the coronavirus pandemic has not suspended the construction of the Rooppur nuclear power plant. All the necessary preventive measures are taken at the site; employee health is monitored on a regular basis. Every worker is examined daily at a medical station installed at the entrance to the construction site. Permission to enter the site is given only after the examination. Each new worker is required to have a negative coronavirus test before being admitted to the site. Around 800 people have been tested for COVID‑19 by now.

First, two shell rings and a flange were fixed together. Then the upper RPV was placed onto a welding stand to weld two ring seams, each being heated to 150–300 °C during the welding. All in all, the welding process took 25 days. It also took 4,027 kilograms of flux and 3,057 kilograms of 4 mm wire to do the welding.

After it was finished, the upper semi-vessel was heated to 270 °C. With a large portal crane, it was placed into a furnace for the four-day thermal treatment. The next step in the nuclear reactor production is the welding of shell rings and a bottom of the lower RPV halve.

Meanwhile, Petrozavodsk-based production facility of AEM Technologies (part of Rosatom’s engineering division Atomenergomash) has completed the weld cladding of internal surfaces of the shell rings for the pressurizer, which will be installed at the second reactor unit of the nuclear power plant. The pressurizer is a key piece of heavy machinery for the nuclear island and is designed to build and maintain pressure in the primary loop. The cylinder-shaped pressurizer body consists of four thick-wall rings and two flanges. Since the pressurizer has to withstand an impact of a very aggressive environment (primary loop coolant, a mixture of water and steam heated to more than 300 °C at the pressure of nearly 160 atm), its internal surfaces are coated with a corrosion-resistant layer.