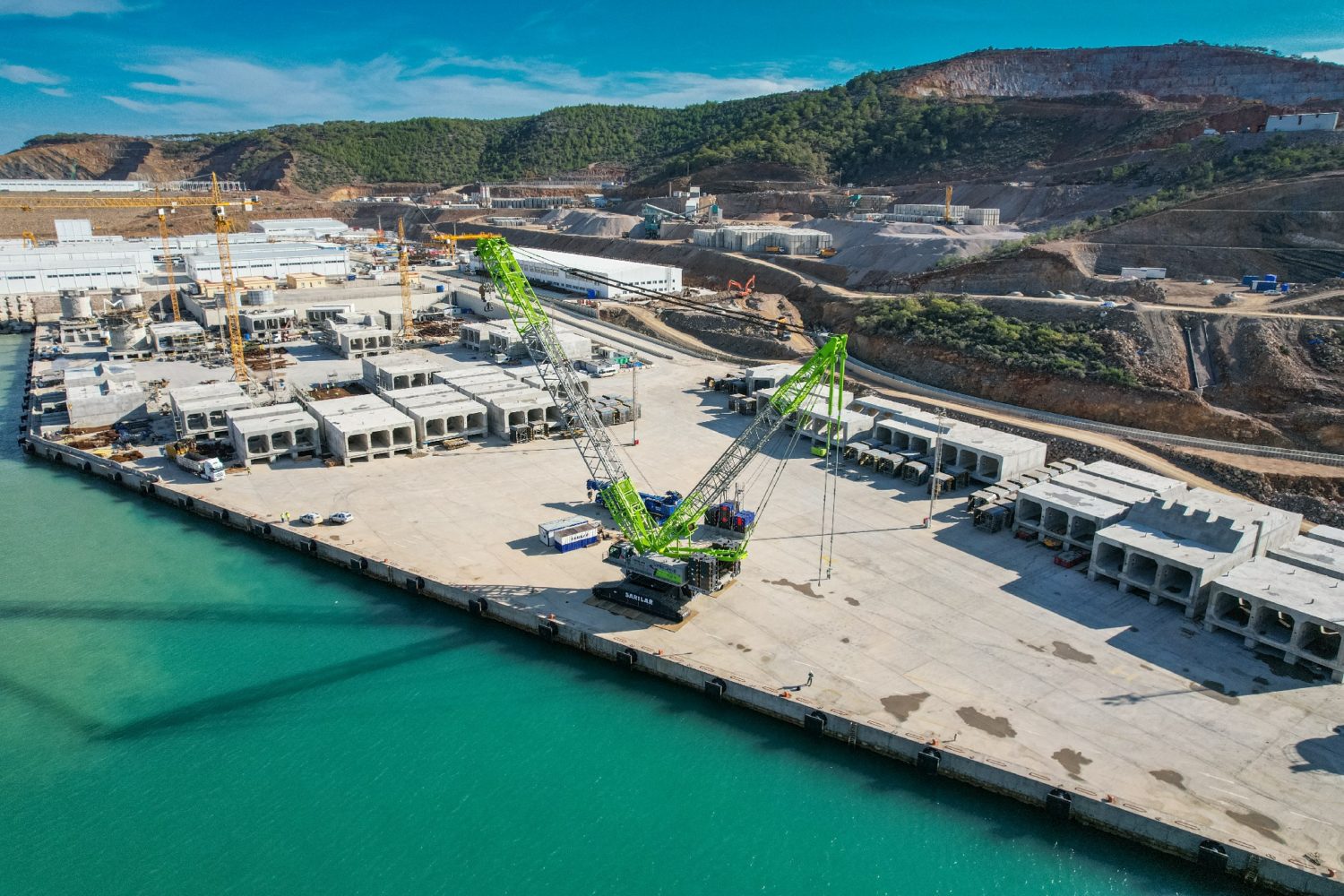 Akkuyu NPP is the largest one-time investment in the history of Turkey. The country’s first nuclear power plant will meet 10 % of the national demand for electricity. These are some of the statements made in connection with the first concrete pouring at Akkuyu Unit 4. An RPV bottom for this unit has been already produced in Russia.

Construction of the Akkuyu nuclear power plant is in full swing, with all of its four units being built concurrently. “It is the largest project and the largest investment in our republic,” said Fatih Dönmez, Ministry of Energy and Natural Resources. He also noted that 10 % of Turkey’s demand for electricity would be met after all the four reactors were brought online. According to the minister, Akkuyu’s role is not confined to electricity generation only — ​the nuclear power plant will also work towards Turkey’s clean energy goals. “The nuclear station will prevent 35 million tons of greenhouse gas emissions per year, or 2.1 billion tons of carbon emissions over all 60 years of its operation. Akkuyu will use state-of-the-art Generation III+ VVER‑1200 reactors compliant with the highest safety standards. Thus, we will support our energy security with an environmentally friendly, cost-competitive and reliable energy source,” the minister added.

Nuclear fuel will be delivered to Akkuyu in May 2023, Director General of Rosatom Alexey Likhachev said in Turkey when speaking at the groundbreaking ceremony for Akkuyu Unit 4. “Installation of security systems is underway and fully on schedule. The first stage is expected to be completed in November 2022. Its completion will mean Unit 1 is ready for the next major step, which is the nuclear fuel delivery scheduled for May 2023,” Alexey Likhachev noted.

Meanwhile, Atommash (part of Rosatom) manufactured a reactor pressure vessel (RPV) bottom for Unit 4. The production process was divided into two stages. First, a tube-shaped forged steel blank was hot-pressed to make a steel plate. Then, the 64‑ton round workpiece was subjected to three-­phase heating for six hours at the maximum temperature of 1,020 °C. Next, the workpiece was moved with a crane onto a press machine to shape the RPV bottom with a force of 10,000 tons.

Russia and Turkey stay in close contact across the full spectrum of cooperation areas. In early August, representatives of the Ministry of Energy and National Resources of Turkey, Turkish Nuclear Regulatory Authority, Gendarmerie General Command and Coast Guard Command visited Rosatom’s Technical Academy. During the visit, the delegation learned about the Russian staff training methodology for physical security of nuclear facilities. The guests inspected lecture rooms at the Global Nuclear Safety and Security Institute, laboratories, test sites for the means of physical security protection, and a training ground for security and response teams. They also visited a nuclear facility simulator, staff and vehicle checkpoints. 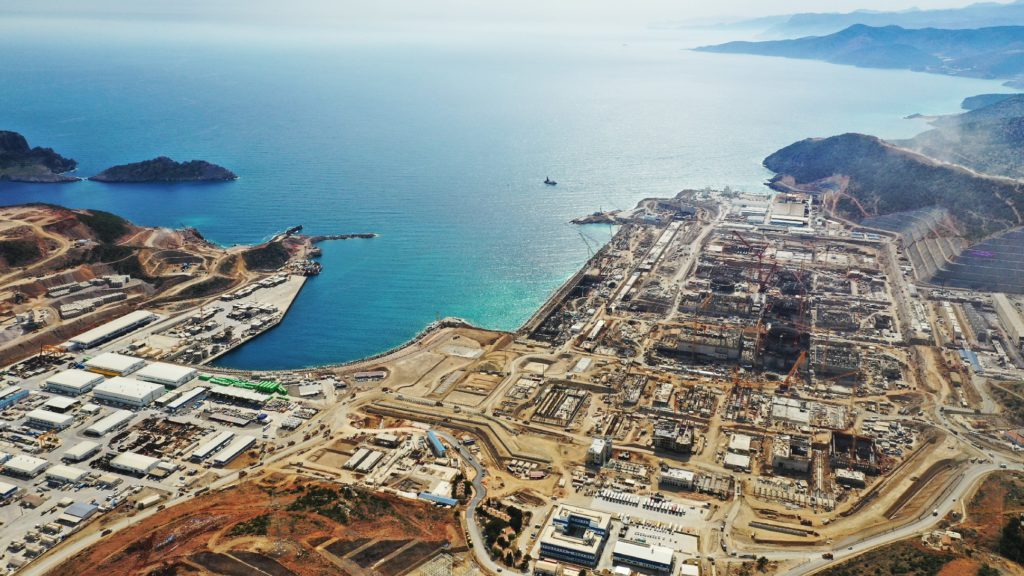 “Rosatom’s Technical Academy has been training staff for the Akkuyu nuclear power plant since 2019. In May, a training course in the differences between the reference plant and the plant under construction was launched at the Turkish site. Akkuyu employees also began training on a full-scale control room simulator. With all the training courses completed, the staff will be duly licensed by the time the nuclear power plant goes critical,” Vladimir Aspidov, First Vice Rector at Rosatom’s Technical Academy, said.

“Akkuyu is a project we have been working on together for 12 years. By now, over 300 Turkish students have completed their studies in Russia and found a job at the nuclear power plant. We understand the importance of your efforts in training the staff for nuclear power facilities and believe that our nuclear industry will grow faster in partnership with Rosatom,” said Tuğrul Çağrı Cinkara, Head of the Department for Nuclear Power Projects at Turkey’s Ministry of Energy and Natural Resources.

Construction of the first Turkish nuclear power plant has entered a new stage as full-scale works are now carried out at all the four reactor sites. At Unit 1, workers are concentrating their efforts on the installation of equipment for the turbine island and preparations for functional tests and commissioning. Upcoming construction works at Units 2, 3 and 4 will require special competencies in nuclear construction to ensure they are of high quality and compliant with the timeline. 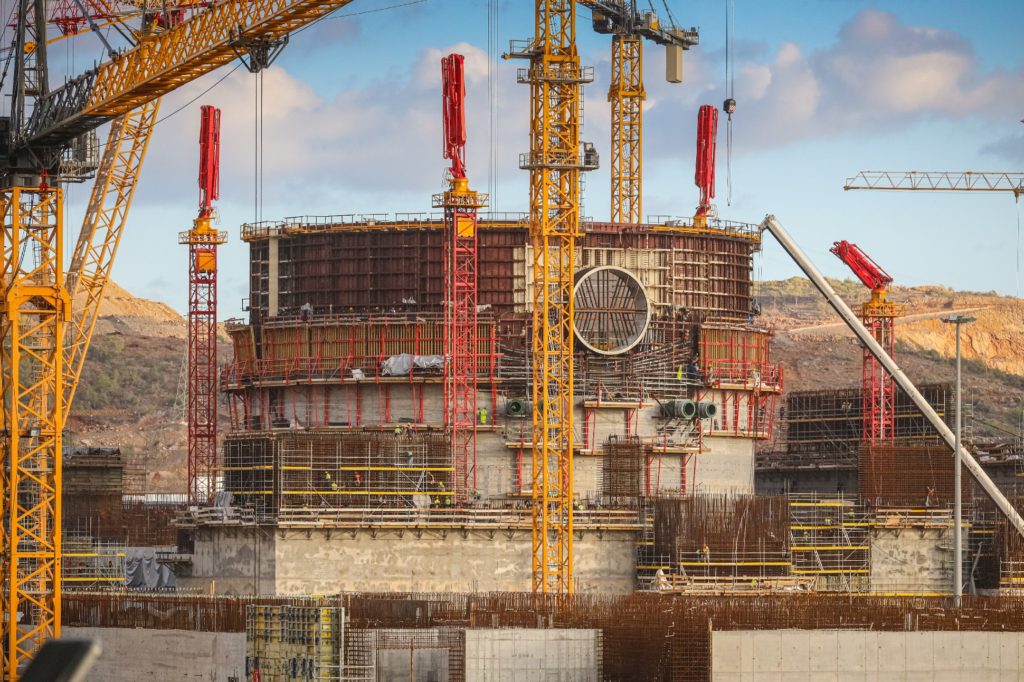 With that in mind, the project management made a decision to change some of the contractors. IC Içtaş Inşaat Sanayi Ve Ticaret A. Ş., which is about to withdraw from the Akkuyu project, will be replaced by another Turkish company, TSM Enerji İnşaat Sanayi Limited Şirketi (TSM). According to the contract concluded, all the unfinished works under the current subcontracts will be assigned to TSM, which has been engaged in the construction project since October 2019 and is experienced enough in delivering high-tech tasks. TSM and the subcontractors involved in the project will conclude contracts on the terms similar to those existed between them and the former joint venture contractor, TITAN2 IC İÇTAŞ İNŞAAT ANONİM ŞİRKETİ. This will ensure continuity, quality of works, compliance with the project timeline, and protection of workers’ rights by guaranteeing the same labor conditions and timely payment of wages and salaries to the employees of all subcontractors.

“We have talked to all of the Turkish contractors and they all agreed to work with us. We have long been building trust-­based relationships with our Turkish contractors, so I believe in them and always support them,” said Akkuyu Nuclear CEO Anastasia Zoteeva in her video address. She also reminded that 80 % of workers involved in the on-site works were Turkish nationals. “We have developed a local content roadmap and never failed to follow it throughout the project. We target USD 6.5 billion in local content. By now, we have placed USD 3.2 billion in orders with Turkish companies. The number of local suppliers involved in the project continues to grow, and so does the number of Turkish nationals working on the site. We go on with fulfilling our obligations and expect all the project participants to do the same,” Anastasia Zoteeva pointed out.

Atomexpo Is Back
Held on November 21–22 after a three-year break, Atomexpo International Forum brought together over 3,000 people from 65 countries. Meetings, negotiations, off-the-record discussions and 47 agreements signed at the forum…
More popular stories
#97August 2015

According to him, these huge financial investments make it clear that, apart from large-capacity 1,000 MW reactors, Iran needs smaller units with a capacity of 100 MW. They will satisfy power demand in local communities and reduce construction costs. Additionally, smaller capacity units can help solving the shortage of drinking water on the Persian Gulf coast, particularly by cutting costs of desalination.