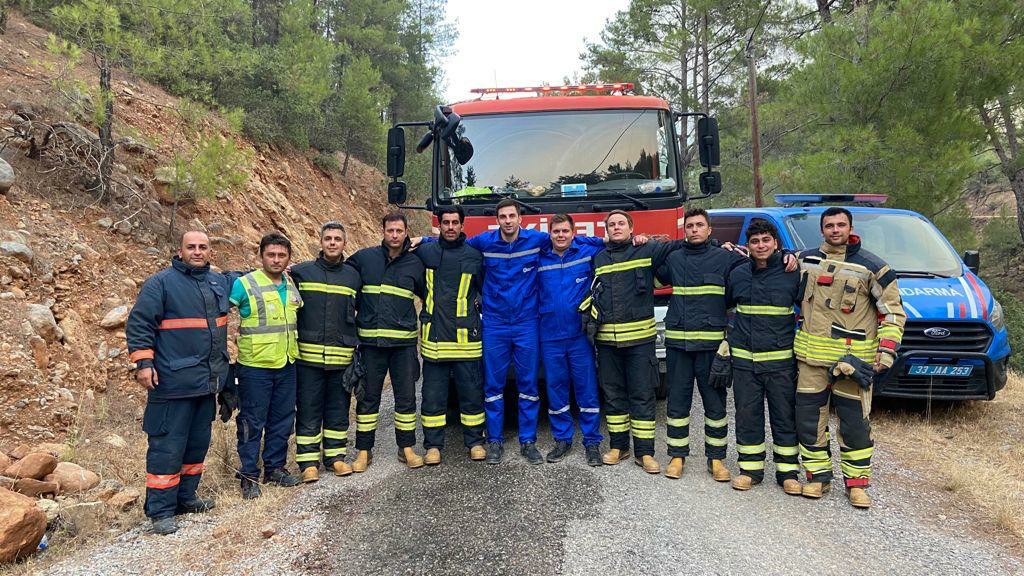 Rosatom’s activities in Turkey are not limited to the construction of the country’s first nuclear power plant Akkuyu. The Russian nuclear corporation is involved in local social events and provides help in emergencies, such as forest fires.

In July, the companies working on the Akkuyu construction site, contributed to suppressing a forest fire that broke out near the village of Pembecik in the Mersin province. The fire area covered nearly 1,500 hectares. Eleven people from AKKUYU NUCLEAR took part in extinguishing the fire, including the fire truck crew keeping watch at the Akkuyu NPP construction site. The contractors involved in the construction of the nuclear power plant sent seven tank trucks and one bulldozer to the fire area.

In total, three firefighting aircraft, 21 helicopters, 165 fire engines, 25 tankers and a total of about 850 personnel were involved in the fire suppressing effort. It took the firefighters about 50 hours to bring the spread of fire under control. The flames did not threaten the settlements, but residents of 81 houses were evacuated as a precaution.

Employees of AKKUYU NUCLEAR’s firefighting department are on 24/7 duty at the Akkuyu construction site. They inspect the site on a daily basis and monitor compliance with fire safety standards at the facilities under construction. When necessary, AKKUYU NUCLEAR firefighting brigades respond to calls from local emergency services in the Mersin province and take part in extinguishing forest fires in the areas adjacent to the site of the under-­construction nuclear power plant.

In late July, on the eve of Eid al-­Adha, AKKUYU NUCLEAR donated 1,000 food boxes to the Social Support Fund organized by the Administration of Gülnar District, Mersin province. They were handed out to low-income families living in the district. 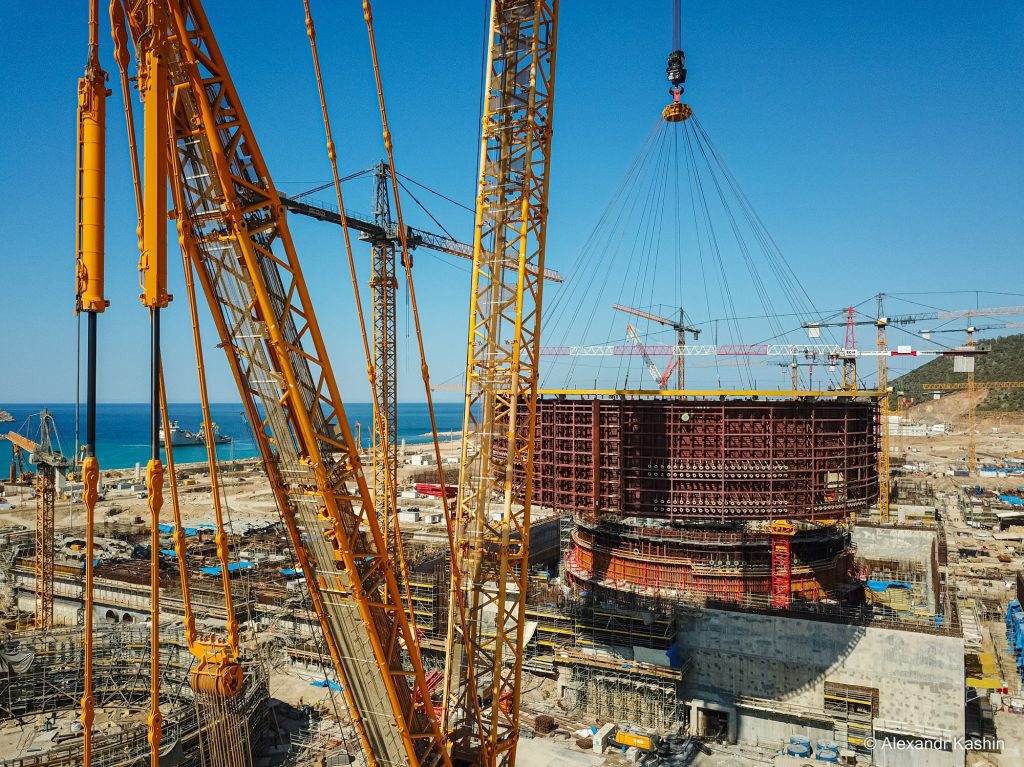 “We would like to say thanks to AKKUYU NUCLEAR for its recurrent support of our people. Earlier this year, low-income families of our district received gifts for Eid al-­Fitr. I hope they will continue receiving support, and our fund is ready to act as an intermediary between the company and local residents,” Asım Örük, Head of the Social Support Fund, said.

The company management congratulated residents of the province on the holiday. “The Akkuyu NPP project, which will supply Turkey with clean and sustainable electricity, is already the largest employer in Gülnar. That means the life of local residents will be connected with the nuclear plant, one way or another. This is why AKKUYU NUCLEAR pays much attention to social responsibility. We stay in close contact with local residents and help them if we can. This time we hand out food boxes to the neediest residents of Gülnar to celebrate Eid al-­Adha, a holiday that teaches us to take care of the nearest and dearest,” Anastasia Zoteeva, CEO of AKKUYU NUCLEAR, said.

The nuclear construction project is in the focus of public attention, and Rosatom does its best to educate the public about the nuclear power plant and nuclear technologies. In July, Rosatom organized the first ever virtual press tour to the Leningrad NPP for Turkish media. The largest in Russia, it used to be visited by more than 4,000 people per annum before the pandemic. For now, visits are restricted to prevent the spread of coronavirus, so PR managers have to offer new formats of communication with the foreign audience. A virtual tour to the Leningrad NPP with 360° panoramic views and full immersion effects is the first of a kind in the nuclear industry.

The visitors were told about operation principles of the plant and saw its key facilities — ​a control room, a turbine island and even a reactor island, which is usually not shown to the press. When on the tour, the journalists also visited a staff training center that caters to foreign students, too. They also had a chance to see Sosnovy Bor, a host town of the Leningrad NPP. The virtual tour ended with a Q&A session. The journalists received detailed answers to their questions and helpful comments.

At present, construction works on the site are going full tilt, while Russian companies manufacture core equipment and machinery for the plant.

In July, Atommash (part of Rosatom’s power engineering division AtomEnergoMash) assembled six accumulation tank halves for the passive core flooding system (PCFS) to be installed at Akkuyu Unit 1. PCFS belongs to Stage 2 passive safety systems of a nuclear power plant. The system consists of eight tanks with a capacity of 120 cubic meters each. When the nuclear plant is in operation, the tanks contain an aqueous boric acid solution warmed up to 60 °C. When pressure in the primary loop decreases below a pre-set level, the solution is injected automatically into the reactor core and cools it down. 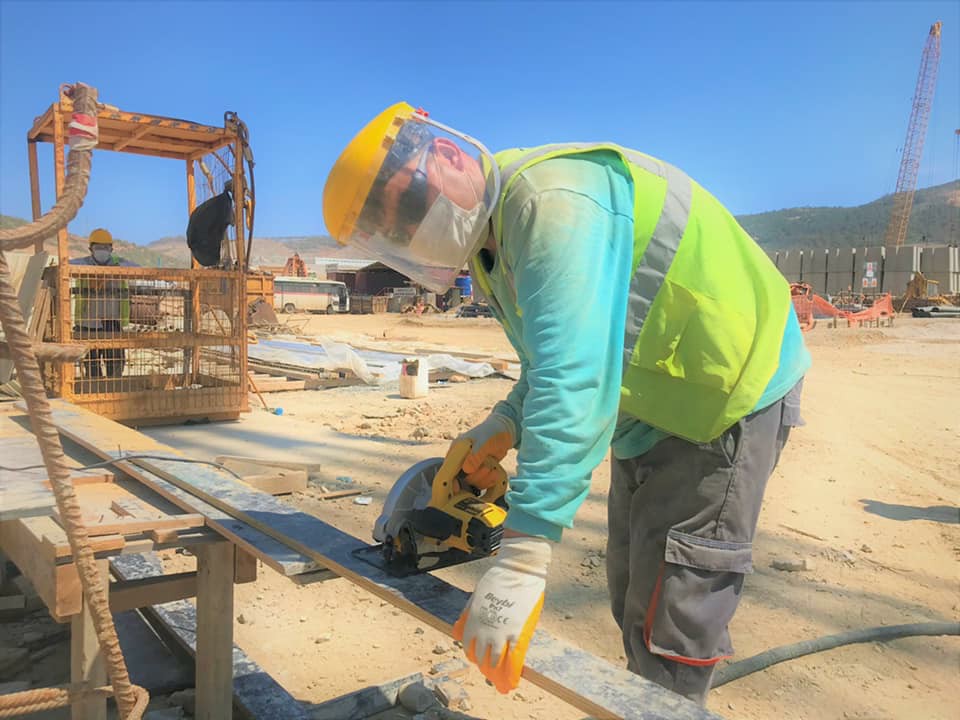 Weighing more than 77 tons, each PCFS tank is 10.5 meters high and 4.24 meters in diameter. Atommash will manufacture PCFS tanks for Units 1 and 3 of the Akkuyu NPP.

Other equipment manufactured at Atommash so far includes the first steam generator for Akkuyu Unit 2. The steam generator has passed strength and density tests on the welds between its body and frame.

The steam generator is a heat exchanger that belongs to the nuclear island and is a safety class 1 product. More than 4 meters in diameter and 15 meters in length, it weighs 340 tons. Each reactor unit has four steam generators.

AKKUYU NUCLEAR is a Rosatom company established to implement the Akkuyu NPP project in Turkey. Akkuyu is a build-own-operate project and the first nuclear power plant in Turkey.