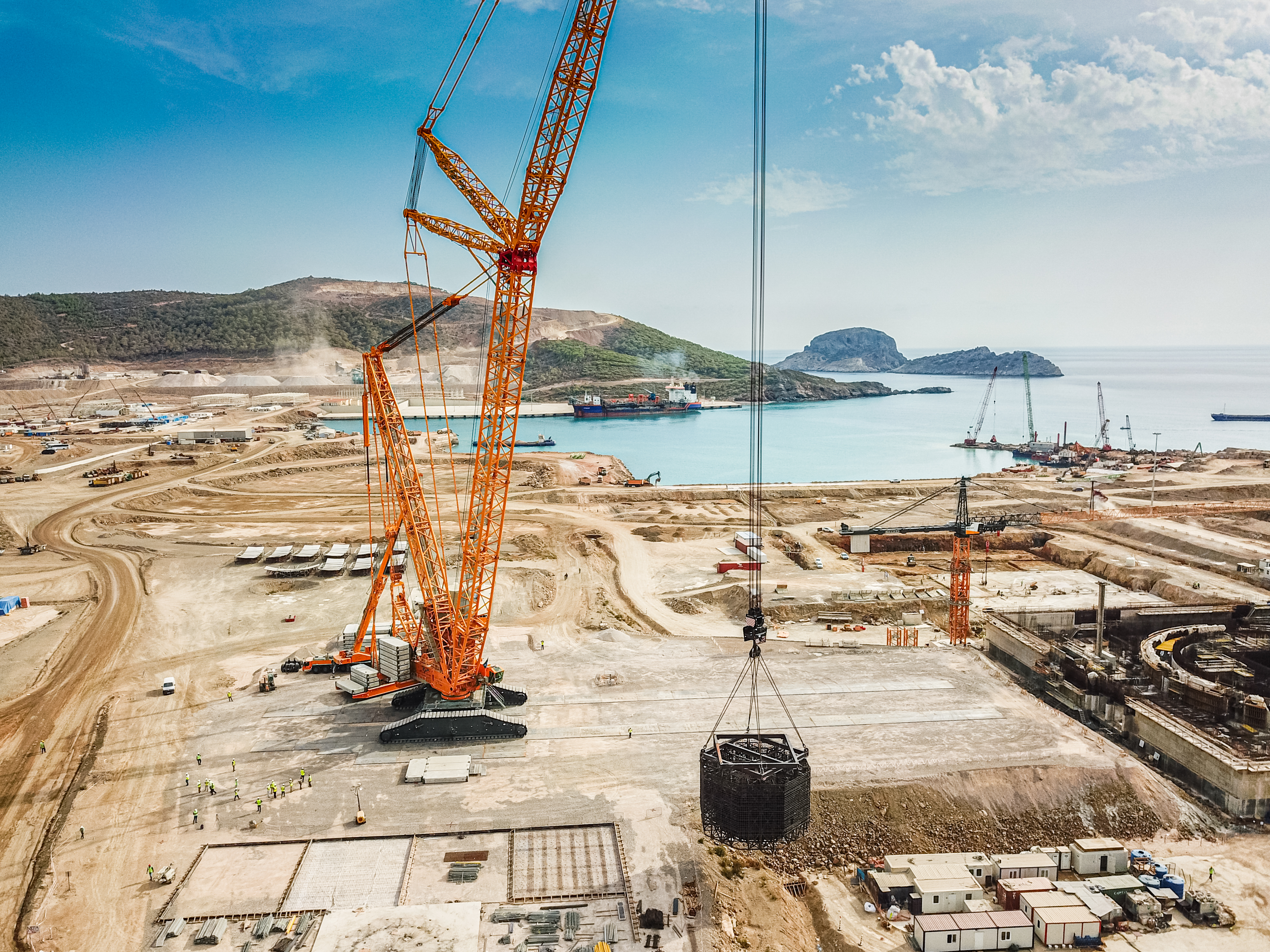 In interview to the Anadolu Agency, Akkuyu Nükleer CEO Anastasia Zoteeva looked backed at the company’s performance in 2019 and shared plans on the Akkuyu project for 2020.

Anastasia Zoteeva also mentioned that over 6,000 people were employed at the construction site of the Akkuyu nuclear power plant, with nearly 80% of them being Turkish citizens. In other words, the project has already created at least 4,800 jobs for the locals.

“88 Turkish engineers who graduated from Russian universities were hired at Akkuyu Nükleer. More than 150 students from Turkey continue education in Russia. Last year 22 graduates from Turkish universities went to Russia to take up a Master’s course. Besides, a training center will be built to train local staff of the nuclear power plant. The scale of work will only be expanding in the next two or three years,” Zoteeva said adding that there would be up to 10,000 workers and engineers employed at the peak of construction.

The Akkuyu nuclear power plant is in the focus of public attention. In January, the construction site was visited by representatives of the Ankara Chamber of Industry and Turkish suppliers. The businessmen were informed about the project and discussed supply and procurement processes with the management of Akkuyu Nükleer.

The delegation included Nurettin Özdebir, Chairman of the Board of the Ankara Chamber of Industry, managers and representatives of 18 companies participating in the nuclear industry clusterization program (NÜKSAK) launched by the Chamber of Industry. Following the visit, Nurettin Özdebir said, “Today the Turkish industry is capable of manufacturing any products. We believe that, if supported, we will be able to ensure a large amount of local content in the project. At the initial stage, our companies will be able to deliver equipment belonging to safety class 4.”

Mert Selahattin Albayrak from a local division of logistics company Hareket Proje Taşımacılığı & Yük Mühendisliği A. Ş. said, “Last year our company transported heavy equipment to the site – it was a core catcher. Our participation in the Akkuyu construction company is not just a matter of business, but rather a matter of prestige.”

Rosatom strives to provide local communities with the most complete and up-to-date information about the project and nuclear power in general. In early February, the Russian nuclear corporation organized a seminar for local mass media. The audience was told about the progress at the construction site, safety systems of a nuclear power plant, climate change, and environmental impacts of different types of energy generation. Speaking at the seminar, Sergey Butskikh, First Deputy CEO at Akkuyu Nükleer and director of the under-construction nuclear power plant, stressed that Rosatom made much effort to bring Unit 1 online by 2023 while ensuring maximum safety. “The facility we are building fits the locality and geography. After achieving full power, the Akkuyu Nuclear Power Plant will supply 10% of electricity demand in Turkey. The construction project meets all the IAEA safety standards,” he said. Sergey Butskikh added that engineering surveys were already under way at the sites of Akkuyu Units 3 and 4. He stressed that all four units of the nuclear power plant would be built in parallel.

Meanwhile work is going on to manufacture and deliver machinery and equipment for the plant. Atommash, a Volgodonsk-based production facility of AEM Technologies (a subsidiary of Rosatom’s engineering division Atomenergomash) completed welding of the reactor head for Akkuyu Unit 1. Together with the head, the reactor vessel weighs 95 tons. Atomenergomash is a supplier of machinery and equipment for the nuclear and turbine islands of all four power units at Akkuyu.

From Centrifuges to Batteries and 3D Printers
Rosatom Newsletter continues publishing stories about Russia’s nuclear industry celebrating its 75th anniversary this year. Today, you will learn about Urals Electrochemical Plant (UEP), whose main function from the very…
More popular news