It will be impossible to meet the growing demand for energy in Uzbekistan without nuclear in its national energy mix. This opinion is shared by Uzbek and Russian experts and executives. Nuclear and other energy sources, including renewables, will not compete but supplement each other.

Today, Uzbekistan generates up to 90% of its electricity at thermal power plants, which are mostly gas-fired (85%). While natural gas reserves are limited, gas is also a primary feedstock for the petrochemical industry. “Rephrasing the words of Dmitri Mendeleev, we can say that burning natural gas is like firing a stove with banknotes,” Jurabek Mirzamakhmudov, Director General of Uzbekistan’s Agency for Nuclear Energy Development (UzAtom), said in an interview for Dynamic Uzbekistan. According to him, a 2,400 MW nuclear power plant will annually save 3–3.5 bcm of natural gas for the internal market, petrochemistry included, while supplying clean and affordable electric energy to local consumers.

UzAtom’s Director General stressed that different energy sources would not compete but supplement each other. “Each energy source has its niche in the energy mix since electricity consumption is uneven in time, both within a single day and across seasons. The nuclear power plant will generate base load electricity, stable and affordable, while thermal plants and renewable sources will meet peak loads, ensuring cost-effective consumption of fuel resources,” Jurabek Mirzamakhmudov said.

According to him, a 2.4 GW nuclear power plant occupies an area of only 74 ha, while a comparable solar farm will need thousands of hectares of land, making it unavailable for any other economic use. What is more, renewables always need to be backed up by reliable energy sources, such as conventional – hydro, nuclear and thermal – power plants.

The nuclear power plant will become a driver for the regional development. “More than 10,000 people will be working on the site during the construction phase, and 2,500 people will be employed permanently when the plant is in operation. One job at the nuclear plant will create seven jobs in related industries,” Jurabek Mirzamakhmudov noted. International practice shows that every dollar spent on the construction and operation of a nuclear power plant returns an average of 5 to 6 dollars to the national economy.

The head of UzAtom also touched on the safety of the under-construction nuclear plant. He said that Novovoronezh II in Russia was chosen as a reference for the plant in Uzbekistan. It uses the latest technology and solutions, meeting all post-Fukushima safety standards. Its design is suitable for the countries with high seismic risks and a hot climate: the plant can operate within a temperature range of -37°С to +47°С and withstand an earthquake of 9 magnitude on the MSK scale.

“Let me assure you that the nuclear plant will be built to meet all the international safety standards and IAEA requirements,” Jurabek Mirzamakhmudov said.

In July, a delegation from Uzbekistan’s Ministry of Emergency Situations visited an office of Rosatom’s Emergency Center in Novovoronezh. According to Alexandra Khadirnazarova, Head of UzAtom’s NPP Construction Directorate, the delegates were demonstrated a radiation monitoring laboratory and mobile emergency equipment on the site of Novovoronezh II and Fire Department No. 14 dedicated to the protection of the plant against fire. 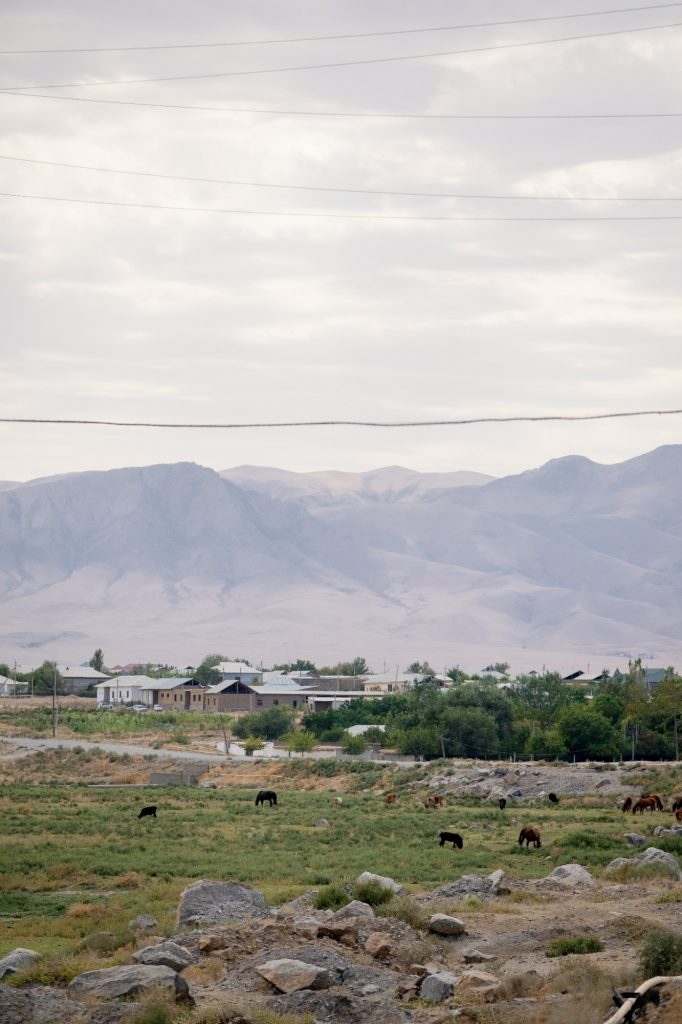 “We asked many questions and received exhaustive answers to all of them. Keeping them in mind, I think the plant is absolutely safe because it uses the most advanced equipment,” the expert concluded.

Stability of electricity prices is another advantage of nuclear energy. As Russian ambassador to Uzbekistan Oleg Malginov said in an interview for Alter Ego, nuclear energy is reliable and affordable as fuel accounts for only 10% of electricity costs. By contrast, gas and oil make up to 70% of total costs. The diplomat added that electrification drove economy, so the country should have an energy reserve.