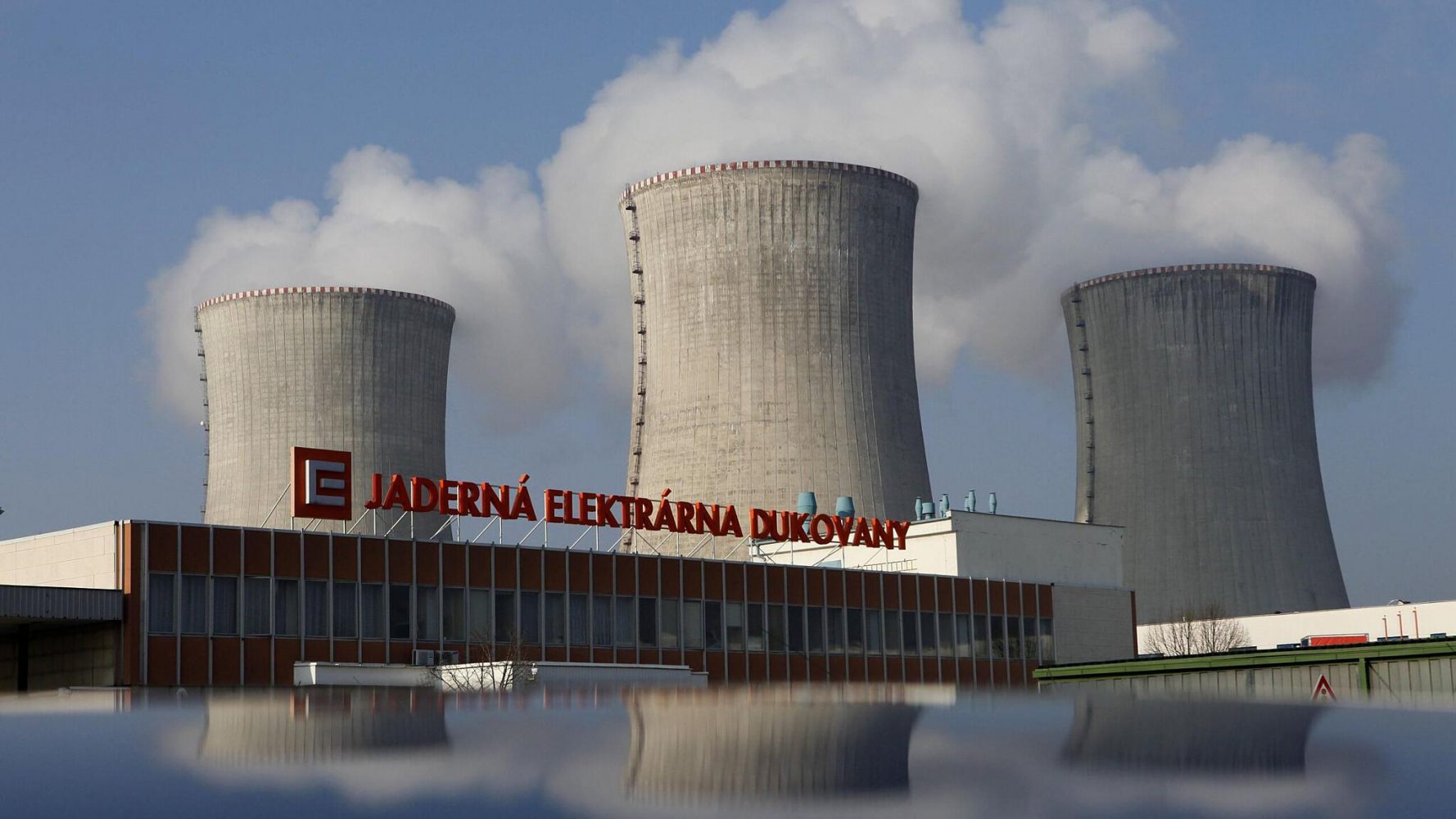 In April 1955, the Czechoslovak Socialist Republic and the Soviet Union signed an agreement on peaceful uses of nuclear power. As soon as June same year, the Czechoslovak government issued a decree establishing a nuclear physics institute in Řež and a nuclear physics and engineering faculty at the Czech Technical University. In September 1957, the country’s first research reactor in Řež went critical. The initial agreement between the two countries was signed 65 years ago, and this is the first anniversary.

In 1970, Andrej Barčák, the Czechoslovak Minister for Foreign Trade, and Semyon Skachkov, Chairman of the Council of Ministers’ Foreign Trade Committee, signed an agreement to construct two nuclear power stations in Czechoslovakia, Bohunice and Dukovany. This happened 50 years ago, and this is the second anniversary.

Nuclear island equipment for Bohunice was supplied entirely by the USSR. Core equipment for Dukovany’s primary circulation loop, including reactors, steam generators, circulation pipes, turbines and generators (more than 80% of the total equipment) was manufactured in Czechoslovakia. The USSR supplied instrumentation and control systems and nuclear fuel. The key vendor was Škoda Plzeň, a major engineering and manufacturing company, which was responsible for the production, delivery, installation and commissioning of the equipment.

Stefan Konstantinov, who was in charge of bringing the reactor to criticality, said in an interview to Atominfo.cz it had been a difficult task to make a project schedule that would provide for the commissioning of one reactor every year. But when the plans were aligned, it turned out that all the four reactor units could be brought online even faster. “That was the first time in my life that a project schedule had become shorter instead of growing longer,” Stefan Konstantinov said.

In 1974, preparatory works started on the construction site at Dukovany. In the same year, Škoda began manufacturing machinery and equipment for the primary circulation loop of the reactor unit and constructing a nuclear reactor production facility in the city of Plzeň. The company manufactured and supplied all the four VVER-440 reactor pressure vessels, as well as auxiliary equipment for the reactor operation, transportation and storage of spent nuclear fuel.

Construction of the first unit began in 1977. Almost 12,000 people were engaged in construction and installation works on the site at the peak of the project. In 1981, a group of companies, Elektrárna Dukovany (EDU), was established, with the head of Hodonin power plant Bogumil Vincenc appointed as its director. The first concrete was poured in 1979.

Dukovany is an example of how workers from different countries helped each other. “I was responsible for testing a large-capacity make-up pump. When I came up to it during the test, I saw it was so hot that even the paint on it was blistering. I realized that some system, most likely cooling, was not functioning and that the pump needed to be urgently turned off. I grabbed my walkie-talkie trying to reach anyone in the control room, but no one responded – they either did not hear the signal or were busy. And suddenly I saw a Russian worker running to me, with a screwdriver in his hand. It was a moment when I was completely at a loss, and my colleague showed me what to do. I remembered it for life. After that, I was carrying a screwdriver every day,” Leoš Tomíček, Senior Vice President of Rusatom Overseas, said reminiscing about the past. When working at Dukovany, he was testing machinery and equipment as a member of Škoda Plzeň’s commissioning team.

The nuclear station has been operating accident-free. According to the Czech energy company ČEZ, an owner of Dukovany, systems and equipment of the nuclear station have been upgraded and replaced on a regular basis. After a major upgrade in 2005–2012, the capacity of each Dukovany unit reached 510 MW. In 2017, instrumentation and control systems were upgraded, with safety and redundancy systems improved. In particular, new earthquake-resistant mechanical-draft cooling towers were built, and the number of diesel generators was increased, with two 3.2 MW diesel generators installed to be used during the so-called station blackout (SBO). In 2016, the State Office for Nuclear Safety of the Czech Republic (SUJB) issued an indefinite operating license for Unit 1. Three other units of the nuclear station obtained similar licenses in the next year. “The station’s service life is expected to expire in 2037 and can be extended until 2047,” a press release on the ČEZ website read.

From 1985 until mid-2020, the four units of the Dukovay nuclear power station generated more than 452 TWh of electric power. This amount of electricity is enough to meet the needs of the entire Czech Republic for seven years. Every year, Dukovany produces more than 14 billion kWh of electricity, or 20% of the country’s annual consumption.

On March 25, 2020, ČEZ filed an application with the SUJB to construct two new power units with 1,200 MWe reactors. The new units will replace the retiring coal-fired capacity. For instance, the coal-fired Prunéřov Power Station located in North Bohemia and owned by ČEZ was shut down on June 5, 2020 during a ceremony dedicated to the World Environment Day. According to its press release, ČEZ does not rule out that the regulator will make a decision to build only one nuclear power unit.

Rosatom offers its technology and a wide range of cooperation opportunities to Czech engineering companies. If the parties reach an agreement, they might repeat the success of the 1980s again, and Czech companies will manufacture machinery and equipment for nuclear plants in their own country and other countries of Central and Eastern Europe.