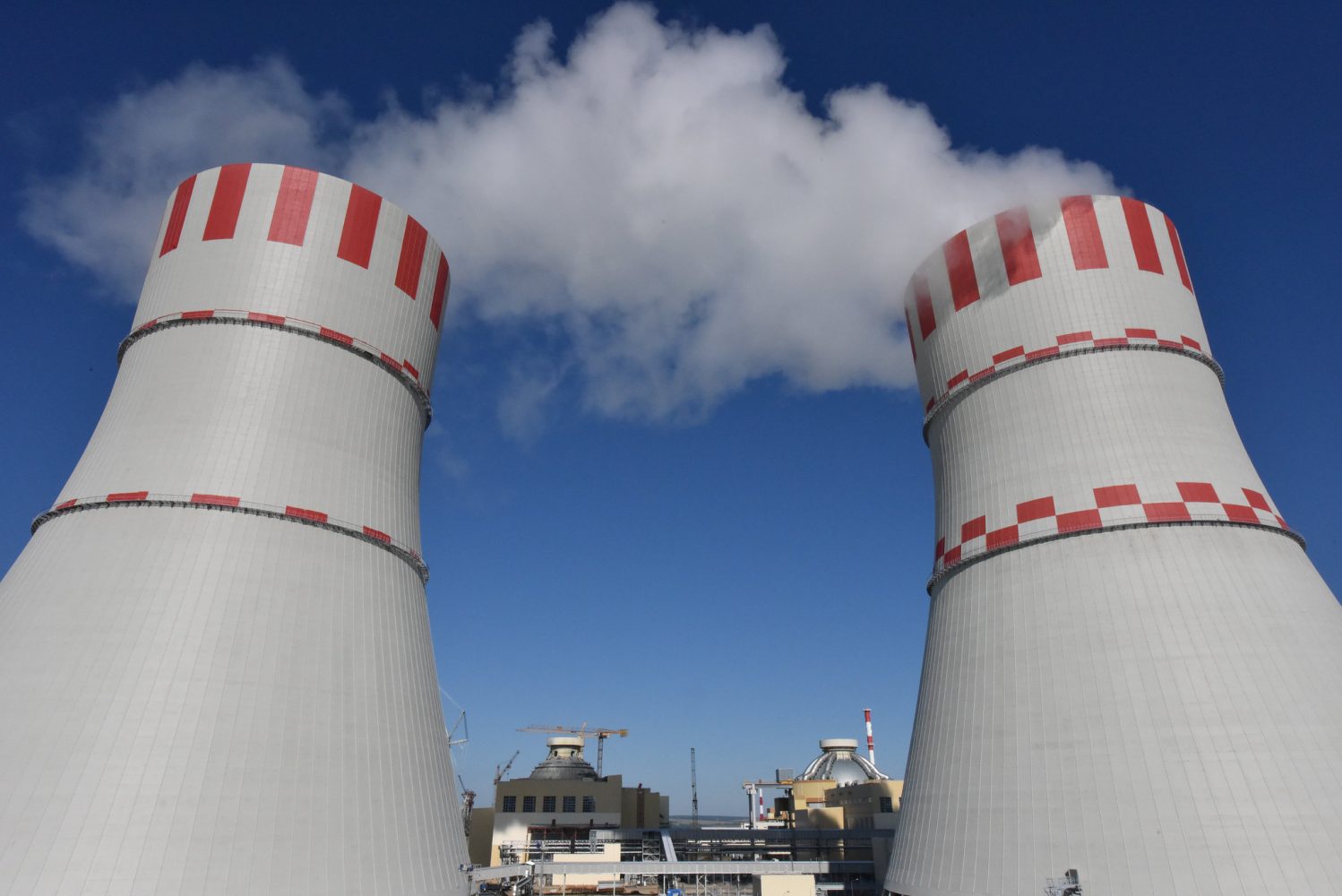 Ten years that passed after the Fukushima disaster have reshaped the nuclear energy industry to make it safer, more reliable and technologically advanced. Changes in the industry were multifaceted, ranging from IAEA recommendations to Rosatom’s practices.

Glance into the past

The earthquake destroyed power transmission lines leading to the plant; water flooded the basements that housed emergency generators and DC batteries. Water also damaged switchgear of the emergency generators installed on the ground floor. This in turn led to a blackout of Unit 1 and a failure of the reactor core cooling systems, causing nuclear fuel meltdown and, as a result of the zirconium-steam reaction, hydrogen explosions at the first and third units, and then also at the fourth unit, which was in refueling at that time. The explosion at Unit 4 was brought about by hydrogen getting through the ventilation system from Unit 3.

Two employees of the plant drowned after the tsunami hit the turbine island of Unit 4. The nuclear accident itself killed no one. “The post-accident analysis confirmed that radiation released during the accident had no direct impact on human health. However, health and well-being of over 150,000 people living in the neighboring communities were affected in a greater or lesser degree, including some early deaths, due to evacuation on the back of tsunami and radiation, absence of medical care and medicines, stress-related problems, and for other reasons,” experts from the Nuclear Energy Agency conclude in their 2021 report entitled ‘Fukushima Daiichi Nuclear Power Plant Accident, Ten Years On: Progress, Lessons and Challenges.’

The consequences of the accident were dramatic for the global nuclear industry. The governments of Germany, Belgium and Switzerland voted to phase out nuclear. Growing mistrust of nuclear power added up to economic difficulties caused by the 2008 global financial crisis and made it almost impossible to obtain finance for new construction projects.

With a view of improving reliability and emergencies preparedness of nuclear stations and building up trust to them, the IAEA, national regulators and nuclear industry players have amended construction, operation and decommissioning guidelines and recommendations to account for the lesson learned from Fukushima.

The International Atomic Energy Agency publishes the so-called IAEA Safety Standards for protecting people and the environment. They contain specific safety requirements that, according to the IAEA Statute, are obligatory for the IAEA and apply to its activities.

In October 2012, the IAEA made a decision to revise and amend five of its publications (see Changes in IAEA Documents below for details). The new versions were built on additional materials, conclusions made by international experts of the IAEA, and reports made at the 2nd Extraordinary Meeting of Contracting Parties to the Convention on Nuclear Safety in August 2012. A number of national and local reports were also taken into account.

In the first half of 2013, key bodies of the IAEA, including its Secretariat and four committees on nuclear, radiation, transport and waste safety standards, considered draft amendments. The amendments were reviewed by the IAEA member states and, subject to their comments, were approved in November 2014.

National and regional regulators were amending their standards alongside the IAEA. In 2013, for example, the Western European Nuclear Regulators Association (WENRA) published a report on safety of new NPP designs. The report set out three requirements for independence of the defense-in-depth (DiD) levels as a key to achieving safety goals.

“There shall be independence, to the extent reasonably practicable, between different levels of DiD so that failure of one level of DiD does not impair the defense in depth ensured by the other levels involved in the protection against or mitigation of the event.

The adequacy of the achieved independence shall be justified by an appropriate combination of deterministic and probabilistic safety analysis and engineering judgment. For each postulated initiating event (starting with DiD level 2), the necessary SSCs should be identified and it shall be shown in the safety analysis that the SSCs credited in one level of DiD are adequately independent of SSCs credited in the other levels of DiD.

Appropriate attention shall be paid to the design of I&C, the reactor auxiliary and support systems (e. g. electrical power supply, cooling systems) and other potential cross cutting systems. The design of these systems shall be such as not to unduly compromise the independence of the SSCs they actuate, support or interact with,” the report says.

One of the measures adopted in response to the reactor core meltdown at Fukushima provides for the mitigation of meltdown and radiation effects. In this respect, the safety goal for new reactors is to “reduce potential radioactive releases to the environment from accidents with core melt, also in the long term, by following the qualitative criteria below:

In Russia, the lessons learned from Fukushima were incorporated into the General Safety Requirements for Nuclear Power Plants, a document published by the Russian nuclear watchdog Rostechnadzor.

In particular, the document requires that “the NPP design should provide for special technical capabilities to manage beyond-design-basis accidents.” They should ensure safety of the plant in case of a failure of operating and safety systems, which remove heat from the reactor and fuel storage to the ultimate heat sink, and a failure of power supply systems, including emergency supply. This is what happened at Fukushima. The document sets out specifically that the nuclear station design should provide for measures to protect technical devices from external impact, as well as impact caused by accidents, including beyond-design-basis accidents. An example is mobile technical devices stored in a safe place.

In addition, organizational measures should be in place to manage beyond-design-basis accidents. The document also provides for measures to decrease exposure of the plant staff, population and environment to radiation.

Another requirement is that the design should have technical capabilities to monitor the condition of reactors and the plant in accidents, including severe accidents, as well as post-accident monitoring capabilities. These capabilities should be sufficient for accident management.

The document published by Rostechnadzor also says that overlapping operation and safety functions should not affect safety or reliability of a nuclear power plant. Safety systems of each reactor unit at a multi-unit nuclear power plant should be independent from one another.

After the Fukushima disaster, all the nuclear plants in operation, under design or under construction in Russia passed stress tests to identify their weaknesses in extreme external impact situations, with test parameters exceeding design parameters.

In an effort to increase tolerance to Fukushima-type faults (loss of ultimate heat sink and station blackout), stress tests were conducted at nuclear power plants with VVER-440 and VVER-1000 reactors. Based on the test results, their designs were upgraded to include additional equipment enabling beyond-design-basis accident management. This equipment includes air-cooled diesel generators supplying power to accident monitoring and management systems, motorized pumps to supply water to the reactor, and cooling ponds.

Novovoronezh NPP Unit 6 was the first Generation III+ unit put in operation in Russia (2016) and internationally. It features a VVER-1200 reactor and is equipped with the most advanced active and passive safety systems. For example, the reactor containment is capable of withstanding an 8 magnitude earthquake, flood, a hurricane with the wind speed of up to 56 m/s and an airplane crash. A hydrogen removal system with passive autocatalytic recombiners prevents accumulation of explosive hydrogen. A sprinkler system decreases pressure inside the containment, while a passive heat removal system decreases temperature in the reactor in case of depressurization of the primary circuit. Finally, it has a core catcher which would hold corium and debris inside.

At present, VVER-1200 reactors are Rosatom’s flagship design. Russia operates four reactors of this type, two at Novovoronezh and two at Leningrad NPPs. In Belarus, one reactor of the same design is already online; the work is going on to prepare the second reactor for launch. Three units at Akkuyu (Turkey) and two units at Rooppur (Bangladesh) are under construction; documents are being prepared for Paks, Hanhikivi, Tianwan, Xudabao and El Dabaa.

“Analysis of the stress tests results for Generation III+ reactors (Novovoronezh II and Kursk II) shows that the available safety systems and beyond-design-basis accident management tools ensure the nuclear power plant will remain safe in the same events that occurred at Fukushima,” Andrei Kuchumov assures. Nevertheless, extremely low probability scenarios were considered to ensure a higher level of safety. “These scenarios provide for large-break loss-of-coolant accidents in addition to the failures observed at Fukushima. Additional management tools for such accidents include air-cooled diesel generators, an alternative intermediate circuit, a cooling tower or a motorized pump, depending on a specific power plant design,” Andrei Kuchumov explains.