In June, Rosatom took part in the 25th Saint Petersburg International Economic Forum. The Russian nuclear corporation signed nearly 30 agreements and announced the establishment of the Northern Sea Route Administration that will supervise the operation of the key Arctic sea lane.

Rosatom engages in vessel escorts in Arctic waters, construction of port infrastructure and procurement of icebreakers, concentrating its efforts on ensuring year-round navigation along the Northern Sea Route (NSR). In late June, a bill was passed authorizing Rosatom to manage all sea traffic along the NSR. As announced by Rosatom Director General Alexey Likhachev, the goal is “not to become the operator of the NSR infrastructure and manage commercial sea traffic in the Arctic, but also do our utmost to develop the region together with authorities, shipbuilders and energy companies.”

The international business community remains interested in using the Northern Sea Route in the long term, and investors hold talks with the Russian nuclear corporation about an integrated approach to container logistics.

Rosatom keeps working to ensure all-year-round navigation along the Northern Sea Route. In addition to four older icebreakers, two advanced Project 22220 nuclear vessels — ​Arktika and Sibir — ​operate on the NSR. Another three icebreakers of the same design — ​Ural, Yakutia and Chukotka — ​are under construction. A more powerful icebreaker, Rossiya, is constructed at the Zvezda Shipyard in the Far East. This one is built to Project 15010 (Lider-class) design. Ural will be commissioned, and Yakutia put afloat, later this year. Construction of the fifth and sixth Project 22220 icebreakers will begin in 2023. 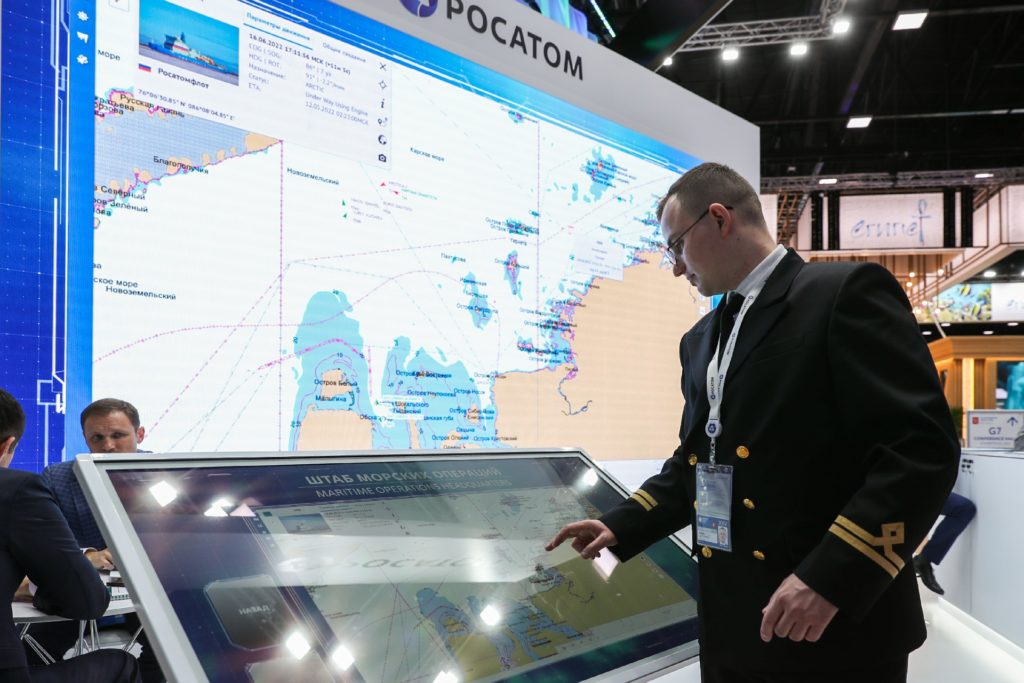 Rosatom and the Ministry for the Development of the Russian Far East and Arctic signed an agreement providing that a small nuclear power plant with a RITM‑200N reactor will be built in Yakutia under the Far Eastern Concession program. The agreement establishes a term sheet and a roadmap for the conclusion of a concession agreement.

The Russian nuclear corporation also signed a framework agreement with the government of Yakutia to build a small nuclear power plant with a 10 MW Shelf-­M reactor. The parties plan to elaborate and approve the roadmap for the project later this year.

Energy storage system manufacturer RENERA (part of Rosatom) and GorElektroTrans (e-transport operator from Saint Petersburg) signed a partnership agreement for the production, recycling and disposal of Li-­Ion traction batteries. In particular, RENERA will develop a technology for the recycling of Li-­Ion cells of the traction batteries.

Rosatom and the Caspian Pipeline Consortium (CPC) agreed to join their efforts in supplying power to the offshore facilities and pipeline infrastructure of the CTC, manufacturing equipment at Rosatom’s sites and deploying digital and cloud-­based solutions. CTC operates a pipeline that transports over 80 % of oil from Kazakhstan.

Rosatom and the Russian Energy Agency of the Ministry of Energy will participate in research projects of the BRICS Energy Research Cooperation Platform. The agreement aims at expanding human capital partnerships in sustainable development, education and relations with female and youth industry communities of the BRICS countries.

Rosatom has joined the Russia — ​Land of Opportunity platform. The parties agreed to jointly develop and promote talent management practices and create social lifts for young people. “Rosatom has a talent development ecosystem in place. We know how important it is for ambitious people to have a chance to unlock their potential,” Alexey Likhachev pointed out. According to him, if one wants to hire young professionals for the nuclear industry, it is necessary to ignite students’ interest in science and engineering professions. Knowing this fact, Rosatom takes part in federal programs and projects, including those initiated by the Russia — ​Land of Opportunity platform. “I am sure that our partnership will pave new ways to the self-fulfillment of talented young people,” Director General of Rosatom concluded. 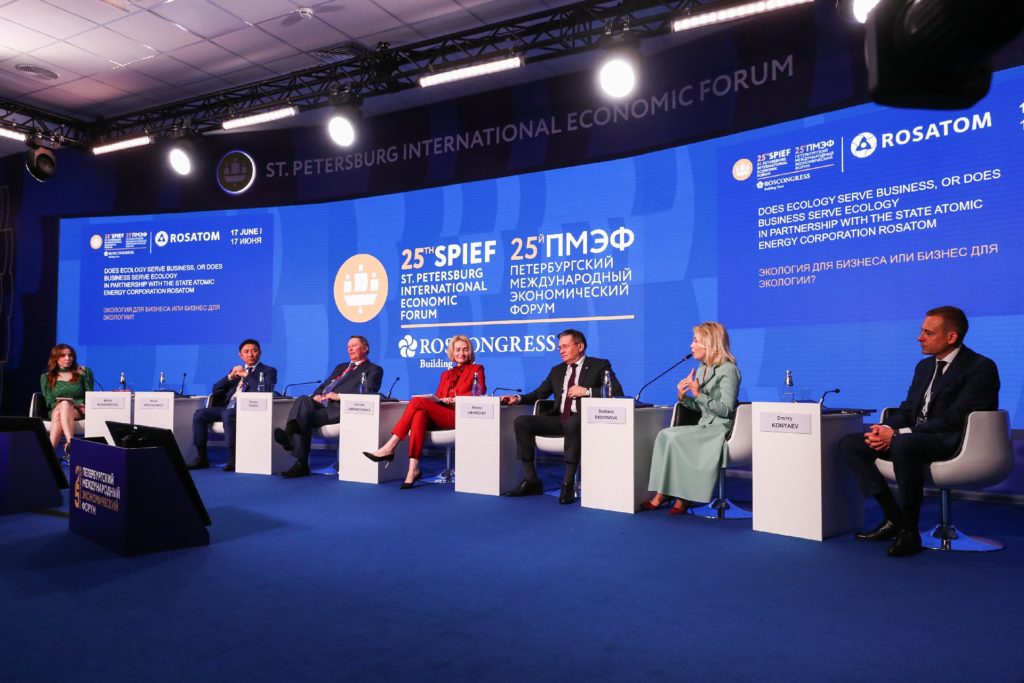 Rosatom has been a partner to the Leaders of Russia competition since 2017. For four years, more than 4,500 employees of the Russian nuclear corporation have taken part in the competition, and nine of them have become winners.