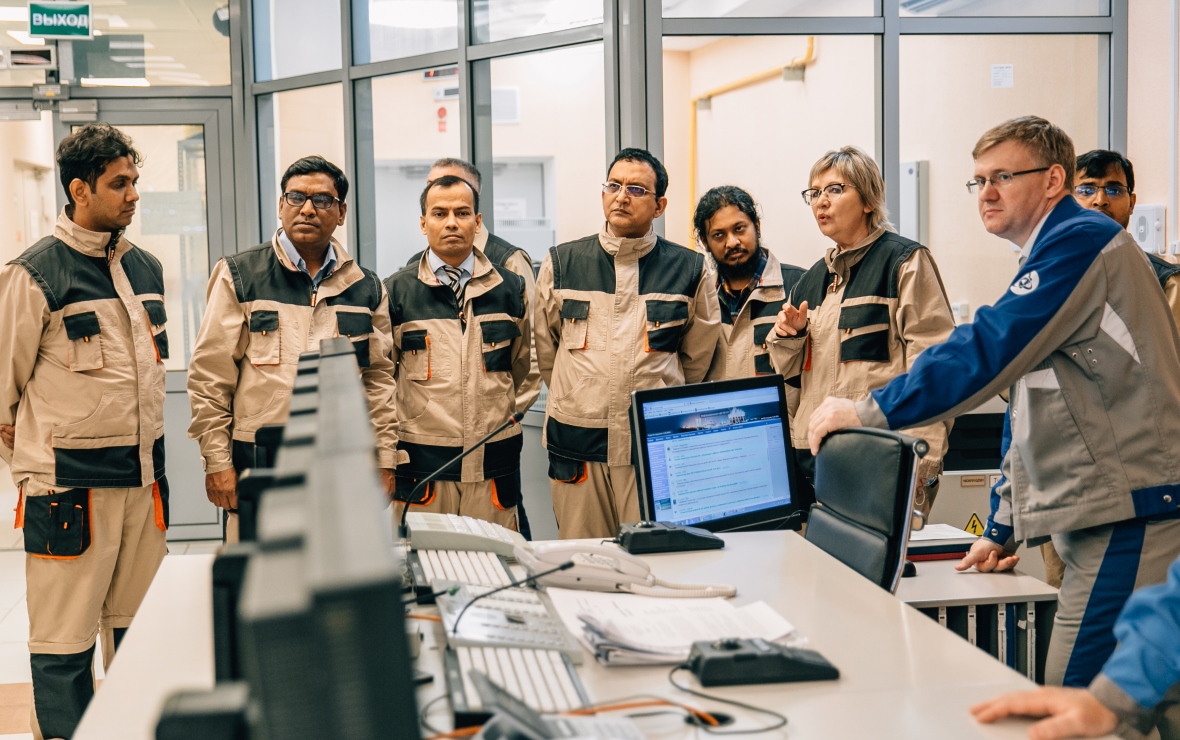 Rooppur NPP will have a Multifunction Centre

A five-member Bangladesh delegation comprising experts from Bangladesh Atomic Energy Commission (BAEC) and other involved organizations visited the Novovoronezh nuclear power plant (NPP) in Russia, which is the reference project of the Rooppur NPP, to gather required knowledge and experience in establishing the Information Center of Rooppur Nuclear Power Project.

“The main objective of the visit was to understand the construction process of the Novovoronezh NPP multifunction center. We have learnt about what things are required and what methods should be adopted to provide necessary information to the people in a smart manner,” Md Ahmed Nasir, Chief Engineer and the Director – Engineering of BAEC said.

In late April, a Bangladeshi delegation already visited the Novovoronezh II NPP. The visit included attending the reactor and turbine islands, central control room, training center, and the cooling tower. Members of the delegation asked questions about safety and technical features of the reactor. Following the visit, Shafiqul Islam, a member of the delegation and Chairman of the Nuclear Engineering Department at the University of Dhaka, said, “It is significant for us to practically see the reference project of our Rooppur Nuclear Power Plant. The visit has helped me to gain more confidence in the technology that has been chosen for our maiden nuclear power facility.”

Construction of the Rooppur NPP is one of the best examples showing how Russia and Bangladesh cooperate. Commenting on positive trends in trade and economic ties between the two countries after a meeting with Abul Kalam Abdul Momen, Minister of Foreign Affairs of Bangladesh, in late April, his Russian counterpart Sergey Lavrov said, “Last year (2018), trade turnover between our countries exceeded USD 1.6 billion, almost approaching the record high of 2017. We agreed to continue developing our economic ties through a broader involvement of the Russian-Bangladesh Intergovernmental Commission on Trade, Economy, Scientific and Technical Cooperation.”

The Rooppur NPP will become an important driver of social and economic development of Bangladesh and make a sizable contribution to the country’s energy mix. In 2018, Bangladesh’s power generation capacity reached 20,000 MW. The Bangladesh government is planning to generate 24,000MW by 2021 and 40,000MW by 2030.

Bangladesh also plans to produce 9% of its electricity using nuclear power and reduce its dependence on fossil fuels by the middle of the next decade.

During the parliamentary hearings in early 2019, Nasrul Hamid, State Minister for Power, Energy and Mineral Resources of Bangladesh, said that the entire territory of the country would have access to electric power by the year end.