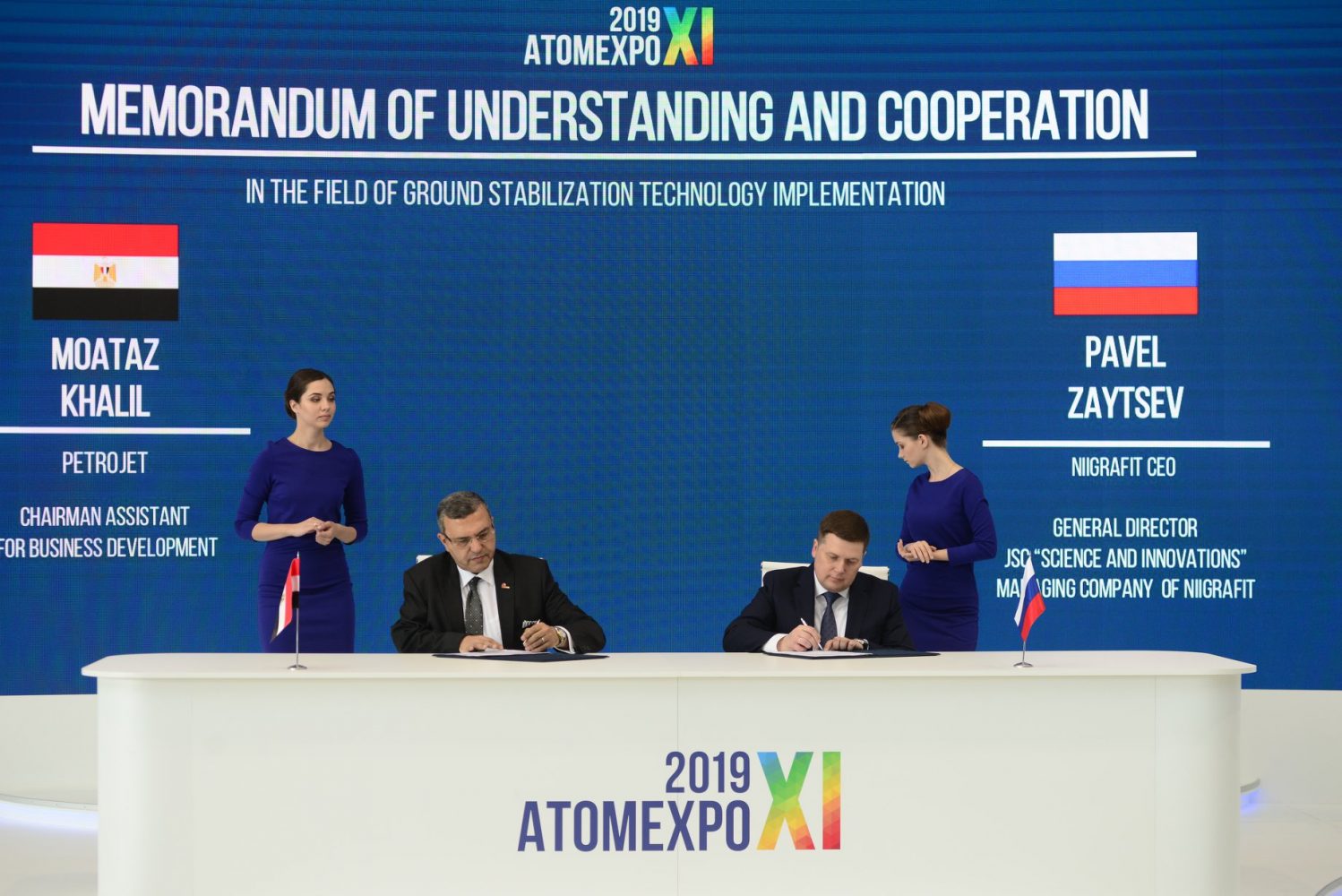 Ahmed Aboul Gheit, Secretary General of the Arab League, stressed that each country had a right to use civil nuclear energy for sustainable development. Speaking at the Sustainable Development Goals Forum, he emphasized the need for urgent measures to counter environmental pollution and climate change. Gheit said that each country was entitled to diversify its energy mix by using new and renewable energy sources, particularly nuclear generation.

The role of the global nuclear power industry in sustainable development was also in the spotlight at the ATOMEXPO 2019 International Forum held in Sochi, Russia in late April. Salah Hafez, former head of the Egyptian Environmental Affairs Agency said that the interest in nuclear was expected to surge in the years to come, and the use of nuclear power would significantly outgrow other energy sources. He also noted that natural gas and nuclear energy would grow by about 10% in the next 30 years since the renewables lacked cost efficiency to replace other energy sources.

This year’s ATOMEXPO was especially important for Egypt.

AtomEnergoMash, Rosatom’s mechanical engineering division, signed a memorandum of understanding with Petroleum Projects and Technical Consultations Company (PETROJET). The document provides for cooperation in the production and supply of nuclear plant equipment, oil extraction and petrochemical projects in the Middle East and North Africa (MENA).

The Central Research Institute for Machine Building Technology (a subsidiary of AtomEnergoMash) also signed a memorandum of understanding with PETROJET to develop cooperation in nuclear projects in the MENA region. The memorandum is meant to support Petrojet involvement in projects of NPP, which are based on Russian design and quality system. The Russian side will arrange for the certification of materials, processes, equipment and laboratories, as well as train and certify the workforce in compliance with applicable Russian standards and regulations.

Rosatom’s TVEL Fuel Company and the Egyptian Atomic Energy Authority (EAEA) signed a contract for the supply of uranium components for low-enriched nuclear fuel.  These components will be manufactured by the Novosibirsk Chemical Concentrates Plant and used to fabricate nuclear fuel for the ETTR-2 research reactor installed in the Nuclear Research Center in Inshas.

The MENA region is one of the key markets for Rosatom, said Rosatom’s Director General Alexey Likhachev on the sidelines of ATOMEXPO-2019. He noted that Rosatom’s offer made to Saudi Arabia as part of the competitive dialogue with Riyadh includes construction of Generation III+ VVER-1200 reactors that meet all technical requirements set by the Saudi party. Three reactor units of this type are successfully operating in Russia. Twelve more units are being constructed abroad, particularly in Egypt at El Dabaa NPP.