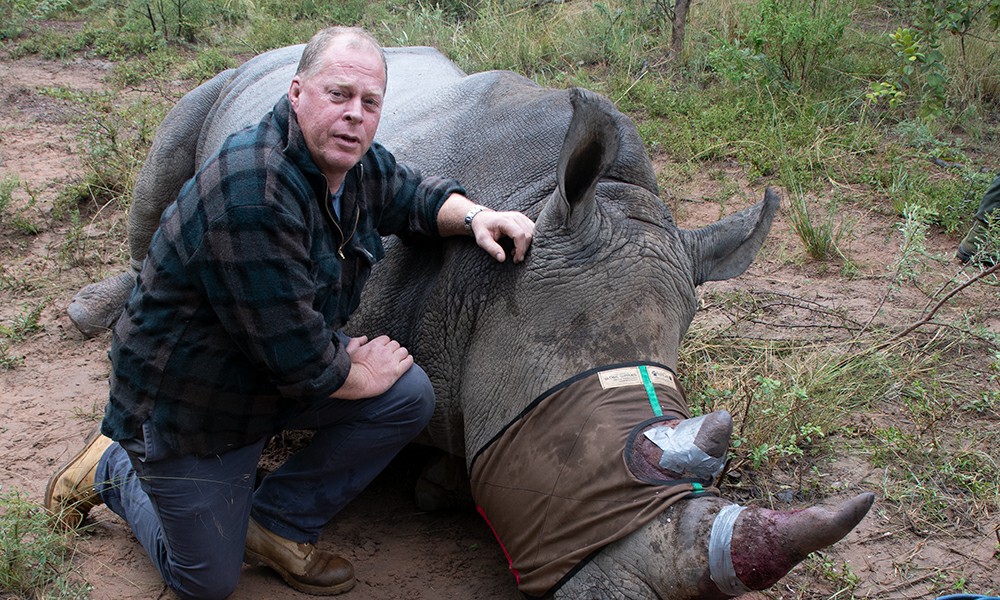 South Africa was one of the first countries on the continent to become involved with nuclear technologies. Professor James Larkin, Director of the Radiation and Health Physics Unit at WITS University (South Africa) talks about nuclear industry development, the most popular radiation technologies and the main arguments in favor of nuclear.

Professor Larkin, could you please tell us the short history of the nuclear industry in South Africa?

It’s quite hard to be brief, as South Africa has been heavily involved in the whole nuclear cycle since the 1940’s when uranium was mined at the Blyvooruitzicht Gold mine, for the UK’s atomic programme. South Africa was in fact one of the founding members of the International Atomic Energy Agency, because it was one of the first countries to mine uranium. Since that time, there has been an active nuclear research programme in the country. In 1965, under the Atoms for Peace programme, South Africa received a TRIGA reactor from the USA. It was dubbed SAFARI-1 (South African Fundamental Atomic Research Installation). This reactor after various modifications over the years continues to be used for research and the production of various industrial and medical isotopes. In the 1970’s South Africa started a programme of uranium enrichment for various purposes both civil and military which continued into the early 1990s. In the 1980’s Koeberg Nuclear Power Station was built and synchronized to the national electrical grid (Unit 1 in 1984, and Unit 2 in 1985). All whilst nuclear technologies were developed and installed for the medical field. Indeed, Allan MacLeod Cormack, a South African received the Nobel Prize in Physiology or Medicine in 1979 for his work on inventing and developing the CT scanner, an essential imaging tool in the medical field nowadays. In 1991, South Africa announced to the world that it had built and eventually dismantled six atomic weapons and signed the Nuclear Non-proliferation Treaty on July 10th, 1991. During the 1990’s South Africa took a lead in the design of the Pebble Bed Modular Reactor, a high temperature gas cooled reactor. Unfortunately, for various reasons the project was halted in 2010.  Coming right up to date, the government has decided to include the nuclear option for power generation in its plans.

How and in what areas is radiation technology used in South Africa today? Which technologies do you see as the most promising and in-demand in the future?

Nuclear technology and science are used in a multitude of areas here in South Africa. From non-destructive testing of welds in high tech industries, to medical diagnostics and treatment, to power generation, insect control, to quite possibly rhinoceros horn devaluation and poaching reduction

You are the director of the Radiation and Health Physics Units at the Wits University. What tasks are set by the researchers of this unit and what key projects/research in the field of radiation technology can you highlight? What interesting projects have you personally been involved in?

As a support unit that gives support to other research groups, we do not do much research in house. I am required to sign off on all research in the university that makes use of radiation and/or radioactive materials. I can, however, highlight the Rhisotope Project that is looking to devalue rhinoceros horns and thereby reduce the numbers of these animals poached. This is a ‘home – grown’ project that although it is run out of the RHPU, involves people from other faculties within the university, and other international partners.

In general, is the radiation physics field popular among applicants?

Unfortunately, it is not seen as a popular field amongst students, it is perceived to be a hard subject to learn. Students are generally only introduced to the subject of nuclear science once they arrive at university, rather than at school.

If anything, I would say that it would need to be the other way around. We need to get the basics of science and mathematics sorted out before we can get students to understand nuclear technologies.

In many countries, including South Africa, there are both pro- and anti-nuclear people. Please name three arguments in favour of the peaceful atom.

Firstly, medical science has made much use of various nuclear technologies for the diagnosis and treatment of numerous medical conditions, and there is more that can be done in this field. For example, the further development of proton therapy or application of radioisotopes in the treatment of particular conditions. Secondly, the need for the development, installation, operation, and licensing of stable power supply systems based either on fission or fusion. Finally, fundamental nuclear physics is still teaching us about what things are made of, who knows where this will lead?