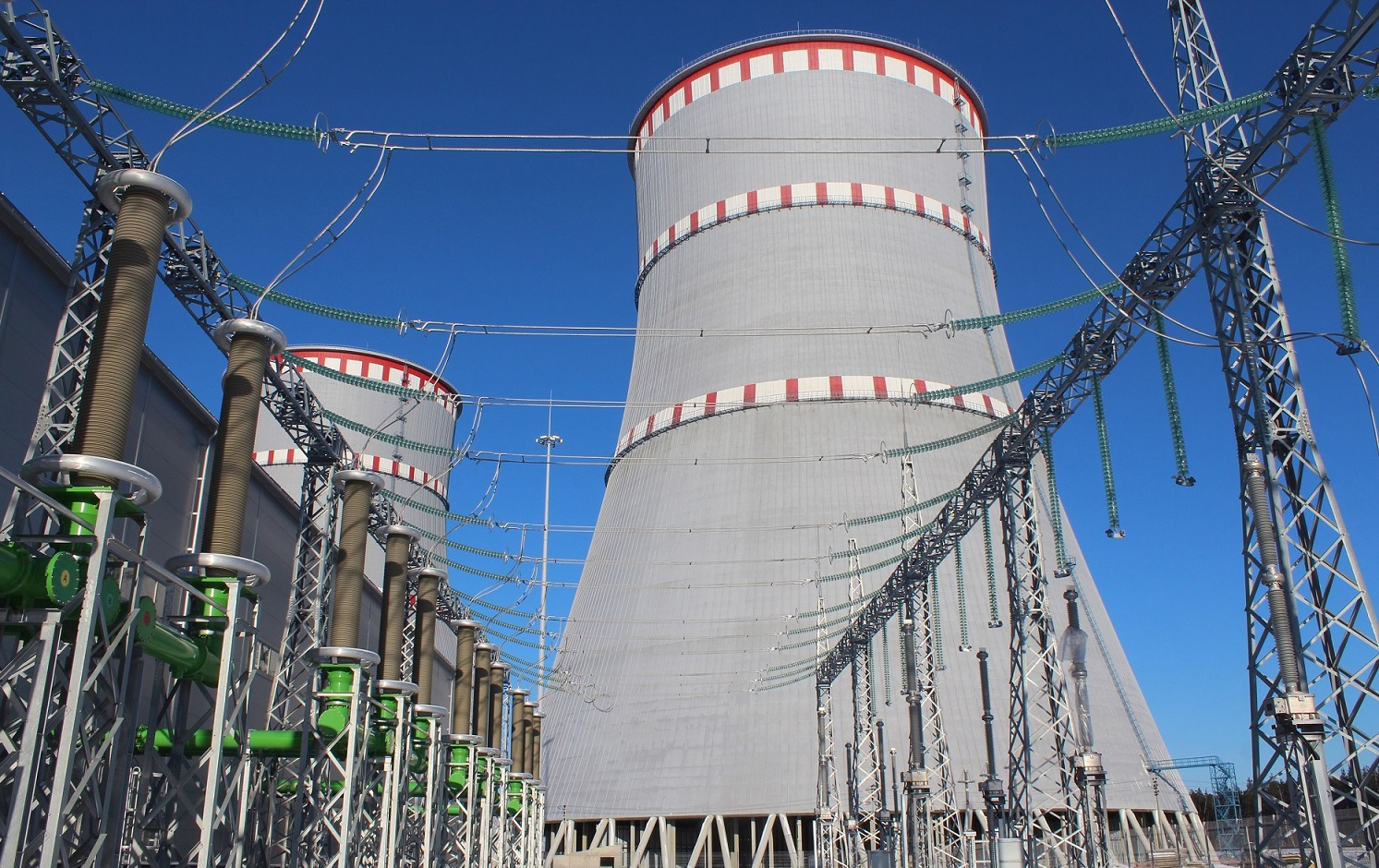 The report on AtomEnergoProm dubbed What Makes Russia’s Nuclear Sector Competitive answers the question. First, it is a supportive government policy in a stark contrast to tighter restrictions in the European countries. Second, construction costs are relatively low as compared to those abroad. Finally, the AEP is a financially stable, low-leveraged company.
Evaluating the domestic market, the S&P experts do not expect any significant increase of the installed power capacity. However, the company still has room for growth in building advanced reactor units to replace retiring ones.

The S&P report calls Russia “a large global nuclear player” and refers to the AEP’s share in different sectors of the nuclear power market. AEP maintains its leadership in uranium enrichment (36% of the global market in 2018). With its 14% share in global uranium production, the company is second only to Kazatomprom. AEP is the world’s third largest supplier of nuclear fuel (17%) after Westinghouse (25%) and Framatome (23%). The share of nuclear power in Russia’s energy mix reaches 19%.

Race for Replacement
According to S&P analysts, state support and nuclear-supportive regulatory framework are the key reasons for AEP’s competitive advantages. For example, Russia has no special taxes on electric power generated by nuclear power plants, while some European countries, particularly Sweden, do have such charges.
By contrast, Russian nuclear companies enjoy state benefits and offer predictable payback on capital making it attractive for the investors. “Capacity supply agreements for the nuclear sector support payback of CAPEX in 25 years and a basic return on investment at a solid 10.5% (although down from 14% in 2011)… Capacity payments therefore provide a solid boost to AEP’s EBITDA. Nuclear capacity payments totaled RUB 116 billion in 2017 (over one-third of AEP’s consolidated EBITDA) and are projected to be about RUB 221 billion by 2021, if the company sticks to its current construction plans.”
According to the Russian Energy Ministry, AEP features higher capacity utilization (78%) due to its priority access to the market and has less unprofitable contracts than small generation companies thanks to its large nuclear power plants. Besides, AEP is also a primary employer in over 20 Russian company towns where it efficiently cooperates with local companies and regional authorities.
Finally, the government is interested in the company’s projects and provides necessary financial support. “At RUB 13.6 billion in 2018 (RUB 22.7 billion in 2017), equity infusions are not essential for the company’s financial metrics, but still positive. Also, we understand that the government plans equity contributions for AEP’s and Rosatom’s new strategic initiatives outside of their core business but linked to national priorities… This enables the company to raise its visibility, standing vis-à-vis the government, and its social profile while avoiding an increase in debt.”
Along with construction of new power plants, these strategic initiatives include development of the Russian nuclear icebreaker fleet and nuclear medicine. Another example is radioactive waste management. According to the law dating back to 2011, the federal and regional governments finance this activity. “Even if technically, AEP is the only Russian entity that can store and process nuclear waste, financial liability remains with the government,” the S&P analysts conclude.
For AEP, developing new capacities in Russia is a race for replacement. The power market here is not expected to grow much in the near future because electricity demand in Russia is satisfied. RosEnergoAtom (a subsidiary of AEP) builds new power reactors only to replace the retiring capacity and test new reactor designs. A good example is the world’s first floating nuclear power plant Akademik Lomonosov that went critical in 2018 having moored in the port of Russia’a northernmost city of Pevek, Lomonosov will replace the retiring on-shore Bilibino Nuclear Power Plant. The year of 2018 was also marked by the commissioning of Rostov Unit 4 and Leningrad-II Unit 1 (the second Generation III+ unit). Novovoronezh-II Unit 2 (the third Generation III+ unit) was brought online in May 2019.

In Economically Stable Ruble Zone
The second reason behind AEP’s competitiveness is its financial stability. Its vertically integrated structure mitigates the risks related to coordination of its activities. However, the key component of the company’s financial stability is lower production costs as compared to other countries. According to the S&P analysts, this it is attributable to a two-fold devaluation of the Russian ruble over the past five years (RUB 32.73 per USD in late 2013 vs. RUB 69.71 per USD in late 2018). The price of the Russian-made equipment for the international projects has also dropped due to the decrease in total production costs.

Revenue of the company grew from RUB 747.5 billion in 2017 to RUB 769.5 billion in 2018. Accordingly, profit rose from RUB 116.1 billion to RUB 207.7 billion.
In a table included in the report, AEP is compared to its peers in terms of financial performance. The table shows that AEP has the best financial indicators (EBITDA margin, EBITDA interest coverage, Debt/EBITDA, Free Operational Cash Flow/Debt, etc.) and one of the best returns on capital.

50 Shades of Risk
International nuclear projects, particularly those partially owned by AEP (96% stake in Turkish Akkuyu NPP and 36% stake in Finnish Hanhikivi NPP), are considered by S&P analysts to be the company’s key risk that may render its cash flow negative. Amidst the current problems with the Unit 3 of the Olkiluoto Nuclear Power Plant constructed in Finland by the Areva-Siemens conglomerate, the S&P considers the delay in granting the regulatory permit deserving attention. “We understand that the delay will not expose AEP to any financial penalties, but rather the company will postpone large CAPEX, which were pre-funded with a RUB 57.5 billion equity contribution from the Russian Government in 2015 and that we have treated as restricted cash. Also, we believe that because the project is delayed and not canceled, AEP will not be required to return this equity contribution to the Government.”
As for Akkuyu NPP, S&P analysts also draw attention both to the risk itself and to the existing ways of mitigating it. “We understand that AEP, with the Russian Government’s political backing, is looking for a local partner for up to a 49% stake in Akkuyu which, if successful, could help to share the massive construction costs, while a fixed electricity off-take contract with the Turkish company Tetas at a very attractive price (12.35 cents/KWh) should support the project’s economics.” When asked by Rosatom’s Newsletter to what extent the risks could be mitigated, Elena Anankina from S&P noted, “The future is inherently unpredictable and multicolored, so we are trying to grade risks from light gray to dark gray instead of seeing things black and white.”
According to Ms. Anankina, a lot of new nuclear projects across the globe (e.g. Flamanville or Olkiluoto III) are facing delays, rising costs and reputation risks. All these problems are caused by technical and organizational reasons, as well as regulatory changes in a number of countries. This is why performance risks are typical of all large and complex projects, not only those in the nuclear power generation industry. For instance, Kazakhstan’s Kashagan oil and gas project was delivered with a delay of many years and at almost double its initial cost.
“Our rating of AEP takes both positives and negatives of Hanhikivi and Akkuyu into account. The company would hardly ever take part in an unprofitable project. I believe the economics of the both projects would have been greatly different but for the government finance and the power supply contract. We also think that AEP is not fully safe from the risks posed by multiple international projects of its sister company ASE. AEP is also involved in them, so the long-term prospects of fuel supplies will depend on how successfully these projects are delivered,” the analyst explained. On the whole, S&P experts believe that the company’s large liquidity reserve and financial robustness enable it to handle large projects. However, AEP’s ambitious international project strategy is one of the reasons why the company’s own credit rating (i.e. without government support) does not exceed its current level (BB+).
With government support included, it equals Russia’s sovereign rating (BBB-). “In our view, AtomEneroProm is one of Russia’s major corporate borrowers, given its profitable vertically integrated business, currently low debt, and our expectations of continuing government support. A number of other Russian corporate borrowers that have recently placed eurobonds (such as Russian Railways, Rushydro and others) have the same credit rating,” Anankina said.