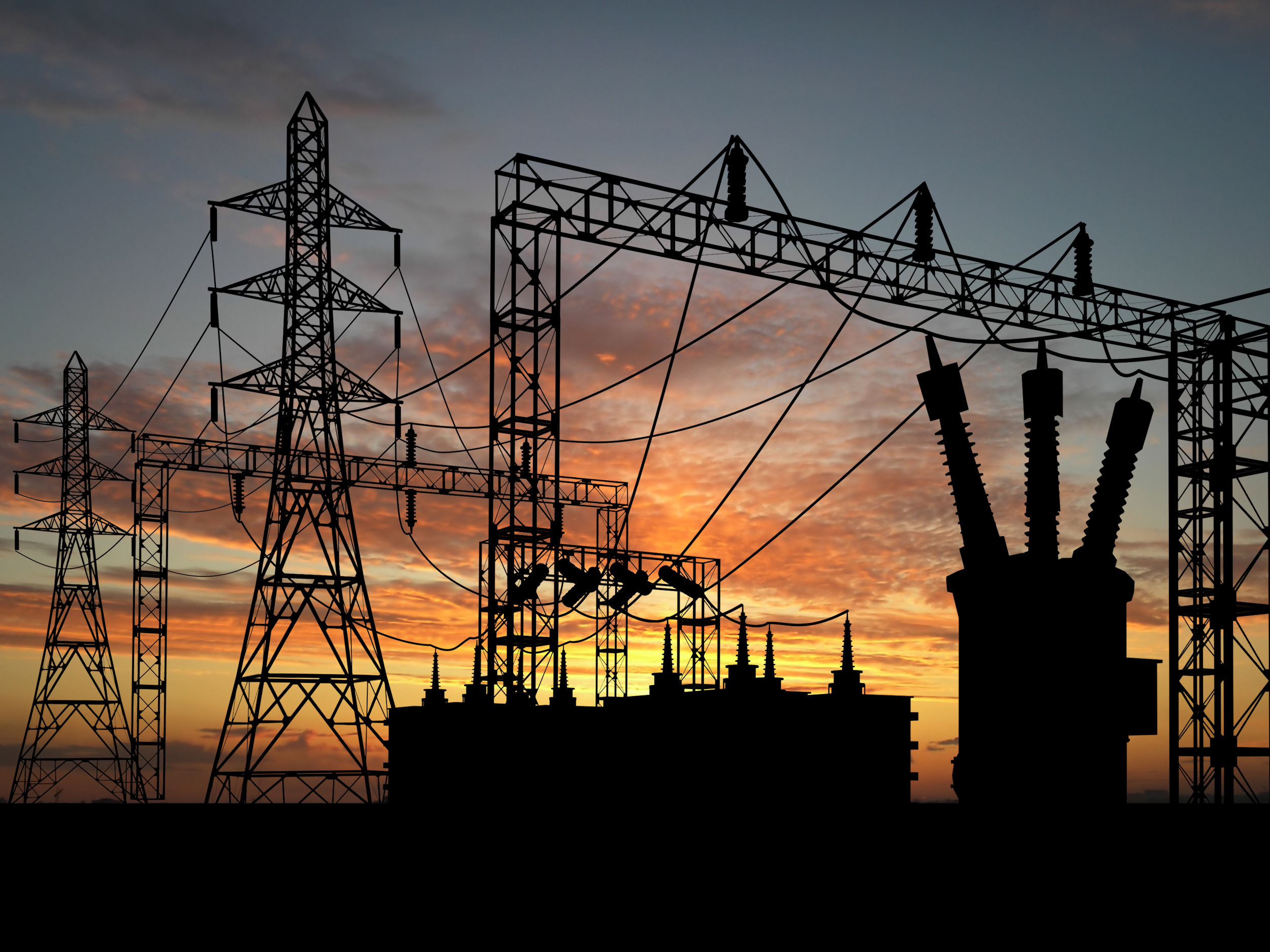 In its 2018 sustainability report, the US-based company Exelon identified six trends that it believed were shaping the power market.

Trend One: accelerating technology deployment. First and foremost, this has to do with various energy transmission and distribution systems. “For example, technology has enabled two-way power flows so that local generation, such as rooftop solar, can supplement central generation capabilities,” the report explains.

Trend Two: evolving consumer expectations. Customers are seeking greater control over the impacts their energy consumption has on the environment. “This includes interests in energy efficiency, active management of home energy usage and deploying local generation in homes and businesses,” the report says. However, these interests may, alongside environmental concerns, be prompted by the need for energy cost reduction as their economic consequence is a decrease in power consumption.

Trend Three: low natural gas prices. “The expansion of shale gas drilling technologies in the United States has dramatically increased the availability of domestic supply, resulting in low natural gas prices and thus, greater use of natural gas for power generation”. Lower gas prices have led to a reduction in the price of electricity supplied by gas-fired power plants.

Trend Four: growing interest in clean generation. Exelon believes that consumers are “interested in the use of cleaner generation technologies and options to buy or deploy clean energy”. The major consumer concerns are climate change, ozone depletion, toxic emissions in the air, and water usage.

Trend Six: flat to low demand growth. “After steady growth in load through the 20th century, power suppliers are seeing flat to very low growth in demand in recent years, due in part to deployment of energy efficiency programs,” the report says. This trend is a fundamental change from the previous decades when market growth was much stronger.

But is it really true that electricity demand has stopped growing? What does it generally depend on? Is it driven by environmental concerns and consumption trends (trend for lower consumption vs. sweeping electrification of everyday life)? Once these questions are answered, it will be possible to predict what types of power plants will be built in the future and where they will most probably appear. Wind power stations. On a background of the dark blue sky

The 1990–2018 statistics presented in Global Energy Statistical Yearbook 2019 show that North America’s electricity consumption hit a peak of 4,465 TWh in 2007 and dropped during the financial crisis.

Afterwards, it started growing slowly to exceed the pre-crisis levels only in 2018 (4,499 TWh). However, it is yet uncertain if this growth will become a lasting trend. In 2018, it was caused by an abnormally cold winter followed by a hot summer in the USA. “In the United States, after stable consumption in recent years, demand jumped by nearly 4% to a record level of almost 4 000 TWh, 17% of the global total. The majority of the growth was attributable to a hotter summer and a colder than average winter, which increased power demand in buildings,” says the International Energy Agency (IEA) in its report (Global Energy & CO2 Status Report, 2018). Enerdata’s findings generally confirm Exelon’s conclusion that, despite the 2018 consumption growth, power consumption in North America (where the United States account for the bulk of it) remains flat. Marginal changes are also seen in Europe and the CIS. In these countries, which have matured or are in the process of maturing into post-industrial economies, massive construction of new generating capacities is hardly possible due to the lack of demand. Their new power plants will be built to replace the retiring capacity.

Evidence shows that the consumption of energy (both primary and secondary) grows along with the economy. However, the two evolve at a different pace, with GDP rising faster. According to Enerdata’s Global Energy Trends 2019, the G20 economies (accounting for about 80% of energy consumption and over 80% of CO2 emissions) have been growing at slightly above 3% per annum since 2010 (following the recovery from the global economic collapse caused by the US banking crisis). In 2017–2018, the growth was at 3.8% while energy consumption increased by 2.1%. The fact that power consumption falls behind economic growth is partly attributable to energy efficiency, the importance of which was noted by Exelon. According to Enerdata, the energy intensity of economies (i.e. a ratio between energy consumption and GDP) averages 1.5% per annum.

The problem is that, following the period of downturn in 2015–2016, the CO2 emissions began rising concurrently with the 2017–2018 growth of global economy and energy consumption. Last year, emissions produced by G20 countries rose by 2.2%; this year’s growth stands at 1.7%. In 2018, carbon emissions increased for the first time in three years in the OECD countries that are most often associated with efforts to reduce emissions. The share of gas-fired generation amounted to 23% of the global consumption. In 2018, the G20’s gas consumption grew by 4.8% against the previous year, showing the highest growth rate over the past decade. According to Enerdata, the gas demand was 2,732 billion cub m in 2017 and reached 2,860 billion cub m 2018, with the USA accounting for 80 billion cub m. Both Enerdata and the IEA rank the United States among the major CO2 emitting countries. “The United States alone grew by more than 70 Mtoe (more than 1% of OECD’s TPES): natural gas represented more than two thirds of such growth, mostly driven by power generation and residential consumption,” the IEA report states.

The link between growing gas consumption and higher emissions is not a local phenomenon but an overall trend which has emerged because “low-carbon energy sources did not keep pace with gas growth, resulting in a 0.5% increase in energy-related carbon dioxide emissions”. Enerdata concludes sadly: “Global economy has not yet started to cut its CO2 emission.”

According to the IEA, nuclear and renewable power plants should become the main sources of clean energy. “While renewables are expected to continue to lead, nuclear power can also play an important part along with fossil fuels using carbon capture, utilization and storage. Countries envisaging a future role for nuclear account for the bulk of global energy demand and CO2 emissions,” says the IEA’s report Nuclear Power in a Clean Energy System. In 2018, nuclear made up only 10% of total energy output, while solar and wind accounted for 7%. However, a positive sign is that renewable and nuclear energy generation had showed the fastest growth in 2018 – 449 TWh (+7%) and or 87 TWh (+3.3%) respectively.

“If we are to be serious about climate change we should also be serious about the solutions. Transitioning to a low-carbon economy that meets the energy needs of the global community presents a daunting task. But it is a challenge that must be met, and one that can only be met by using the full potential of nuclear energy,” the World Nuclear Association says confidently.

Although these facilities are not meant to be installed in each household, they can provide heat and electricity to remote settlements with medium power demand where connection to power grids, never mind heating networks, would take too much time and money.

SMRs have been under development in Rosatom for several decades. There are several reactor types in Rosatom’s portfolio that small capacity nuclear power plants (NPP) could possibly be equipped with, but the new generation water-pressured RITM-200 reactors are currently considered as the flagship technology. Six reactors of RITM-series have been successfully installed on the state-of-the-art icebreakers Arktika, Sibir and Ural.

The Akademik Lomonosov floating nuclear power plant boasts competitive advantages of renewable energy sources: it is mobile, flexible and autonomous, and allows for generating power on-site. The plant can be towed from one location to another and supply heat and power to a small settlement, town or a mid-size production facility. With the experience gained while constructing the floating nuclear power plant, the lead times of similar projects can be reduced to four years or less, enhancing their cost efficiency as well. Small modular reactors are also unique for their long service lives (several decades) and independence from the external environment.

Rosatom is now considering several locations for first of a kind SMR NPP siting: the Suroyam deposit in the Chelyabinsk Oblast, the Baim deposit in the Chukotka Autonomous Area, and several sites in the Republic of Sakha (Yakutia).

At the Eastern Economic Forum held in Vladivostok on September 4–6, Yakutia’s government signed an agreement with Rosatom on a site survey for building a small modular reactor. At the moment, Rosatom has three lines of business in SMR construction – on-shore reactors built by RAOS, floating power plants made by AEM (Atomenergomash, Rosatom power engineering company), and off-shore facilities developed by NIKIET.

The first Rosatom SMR NPP is expected to be constructed in Russia and be online already in 2027.

So far, the installation of SMRs has not become as routine as construction of wind or solar farms. It should kept in mind, however, that the development of renewable energy sources has come a long way, involving the acquisition of competences, financial support from government and international bodies, and active lobbying. If the SMR projects are delivered as consistently, this will help prove that these facilities can support the infrastructure of investment projects and improve the living conditions in the areas that need stable off-grid power supply.