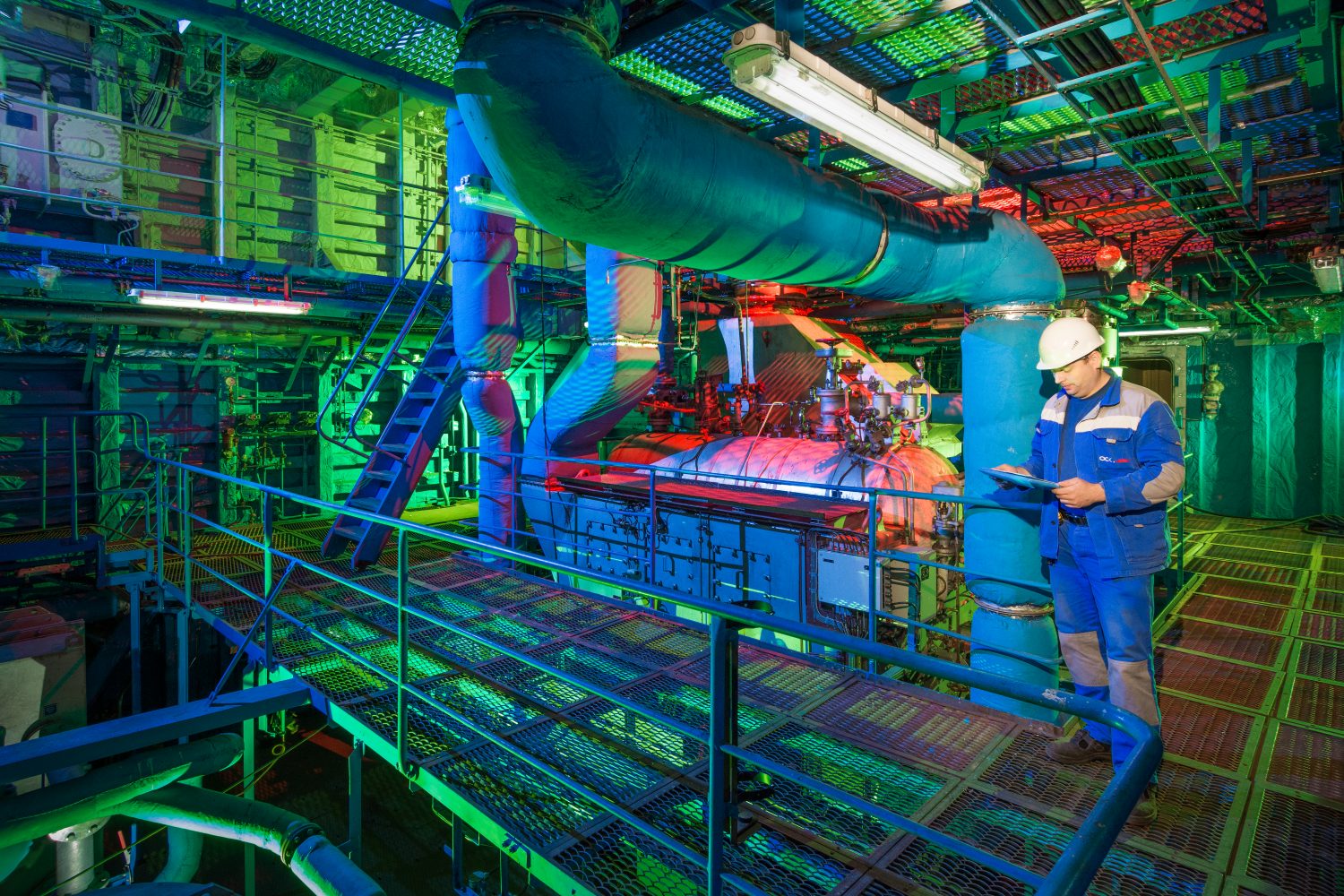 SMR in the Making

We are moving away from talking about the advantages of SMRs to actually doing things, several countries have already requested and analyzing concrete proposals.

ČEZ, a state-owned Czech energy company, a major electricity supplier in a number of Central European countries, sent requests for proposals to 11 companies developing SMR designs enquiring for technical details regarding the possibility of constructing an SMR in the Czech Republic. The potential suppliers include Chinese, Russian, French, UK, South Korean and Argentinean companies. In March 2020, ČEZ started analyzing the received proposals.

In February, Prague hosted the Small Modular Reactors 2020 conference. There are currently at least 55 SMR projects all over the world with too many differences – manufacturing materials, fuel and its types, fuel enrichment techniques, types of coolant, and other parameters. Josef Myšak, Strategic Development Manager at research company ÚJV Řež, believes that an in-depth analysis of such a multitude of projects is impossible without competent experts and a consistent computer code to assess the designs. This is the problem that the Czech regulators and power generation companies will also have to deal with.

“We are talking about the designs rather than vendors. We have decided to focus on light-water reactors, most of which are pressurized water reactors. We have selected several companies, whose designs seem interesting, and want to study them in more detail. This does not mean, however, that the companies that are not on our list will be in a disadvantaged position,” EDU II Executive Director Martin Uhlíř explained in his speech at the same conference.

Canada is another country that supports construction of small modular reactors. In December 2019, the premiers of three Canadian provinces – Ontario, Saskatchewan and New Brunswick – agreed “to work together to explore new, cutting-edge technology in nuclear power generation to provide carbon-free, affordable, reliable, and safe energy, while helping us unlock economic potential across Canada, including rural and remote regions. We have signed a Memorandum of Understanding, committing to collaborate on the development and deployment of innovative, versatile and scalable nuclear reactors, known as Small Modular Reactors, right here in Canada.” In January 2020, the King Abdullah City for Atomic and Renewable Energy (Saudi Arabia) and the South Korean Ministry of Information and Communications Technology signed a pre-project engineering contract for the construction of a small modular reactor in Saudi Arabia.

In the United States, the Department of Defense earmarked funds for the development of micro reactors. In two years, the department will select one of the three companies that received funding to finalize design documents and build a pilot reactor.

Russia’s Rosatom is searching for a location to build its first onshore SMR.

Small modular reactors have the same advantages that large capacity reactors do. First, they do not produce direct emissions. This applies to both greenhouse gases, which are believed to cause global warming, and soot and other harmful substances. Smog in Chinese cities where power stations run mostly on coal has become one of the powerful drivers behind the rapid development of nuclear generation in China.

Second, they are capable of generating electric power and, when needed, fresh water and heat reliably and regardless of changes in weather. Susceptibility to such changes is considered to be the key weakness of solar and wind farms in the absence of cheap power storage systems.

However, small modular reactors have more to offer. They have their particular benefits mentioned on the World Nuclear Association website:

When people talk about disadvantages of small modular reactor, they often mention electricity cost, which is usually higher than the price of electricity produced by large reactors. This is true, but SMRs are cheaper than large stations in absolute terms. For example, the construction of a 342 MW onshore plant in Russia’s north (currently discussed between Rosatom and interested parties) will cost around RUB 200 billion (approx. USD 2.7 billion), while the construction of Hinkley Point C in the UK is estimated at GBP 21.5–22.5 billion (USD 26.7–27.9 billion). Besides, not every nation needs so much new capacity because the demand is low or the existing grid infrastructure (substations, tower, etc.) is insufficient. In this context, an SMR could be compared to buying bananas. The price per banana will be lower if we buy a lot, but one needs only a few bananas to feed a family. And buying a kilogram will definitely hit your pocket less than buying a container.

Finally, a nuclear power plant contributes to the social and economic development, alongside with securing energy supplies. “SMRs could be used in conjunction with other systems to address non-energy needs, such as providing thermal energy for desalination plants, industrial process heat, or for district heating systems. These non-electric functions are not available from most conventional renewable resources and could help developing nations meet other SDGs, such as SDG 6 (clean water and sanitation), SDG 9 (industry, innovation and infrastructure), or SDG 11 (sustainable cities and communities),” Elina Teplinsky and Sid Fowler of Pillsbury Winthrop Shaw Pittman LLP, a US-based energy consulting company, said.

The SMR target audiences include large mining projects, armed forces, and remote communities relying on autonomous sources of heat and power. These are mostly unsustainable diesel and coal fired power plants. It is expensive to supply them with fuel, so the construction of SMRs is totally justified. “SMRs could generate clean and low-cost energy for both on-grid and off-grid communities, connect more remote and rural areas of our province, and benefit energy-intensive industries, including the mining and manufacturing sectors. It could also drive economic growth and export opportunities as these technologies are further adopted across the country and around the world,” the joint communiqué of the premiers of three Canadian provinces read.

Rosatom is doing the same. The Russian state nuclear corporation considers three SMR options based on the RITM-200 reactor. All three target industrial consumers, who need a stable and reliable power source located in the proximity of mining and production facilities and capable of generating electricity for several decades. The design is scalable, with the capacity ranging from 50 to 300 MW, so the consumers can choose an option that will meet their needs the best.

Russia’s achievements in the development and operation of SMRs are remarkable. In late 2019, the Akademik Lomonosov floating nuclear power plant fed its first electricity into the power grid and has generated over 25 million kilowatts since then. Now it is a point of interest at every international event where Rosatom is present with experts from different countries wanting to visit the station.

“No one has built floating stations before, so experts are interested how it was built, transported and commissioned,” Artyom Larionov, a product manager at Rusatom Overseas, shared his impressions from Small Modular Reactors 2020. He told the audience about the design and performance of the floating nuclear power plant and other details like mooring, staffing, protection systems, etc.

Participants of the conference in Prague were also interested in the onshore SMR design based on the RITM-200 reactor. Initially designed for nuclear icebreakers, the reactor has already been tested: in October 2019, two RITM-200 reactors onboard the Arktika icebreaker went critical. Four more reactors of the same design are installed on the Sibir and Ural icebreakers.

The conference participants were also interested in when the license for the construction of a Russian-designed onshore SMR would be obtained. Svyatoslav Pikh, a project manager of the SMR Group at Rusatom Overseas, said that Rosatom expected to obtain a site permit for an onshore SMR no later than 2023. Rashet Sharafutdinov, Deputy Director of the Russian nuclear regulator Rostechnadzor, announced earlier that the agency was analyzing the compliance of the RITM-200 based onshore SMR with the applicable standards and requirements. The construction license is expected to be granted in 2024. Construction will begin in the same year; the unit is scheduled to come online in 2027.

According to Rusatom Overseas President Evgeny Pakermanov, the case of the Czech Republic is exemplary, “The Czech Republic has a long track record of using VVER technology and an extensive grid infrastructure and is earnestly interested in developing SMRs. It only goes to show that small modular reactors have very good prospects across the globe, Europe included. We already see that the competition from leading vendors is growing in the segment and are ready to offer cost-efficient and time-tested solutions.”

Installation of a steam generating unit at Akademik Lomonosov