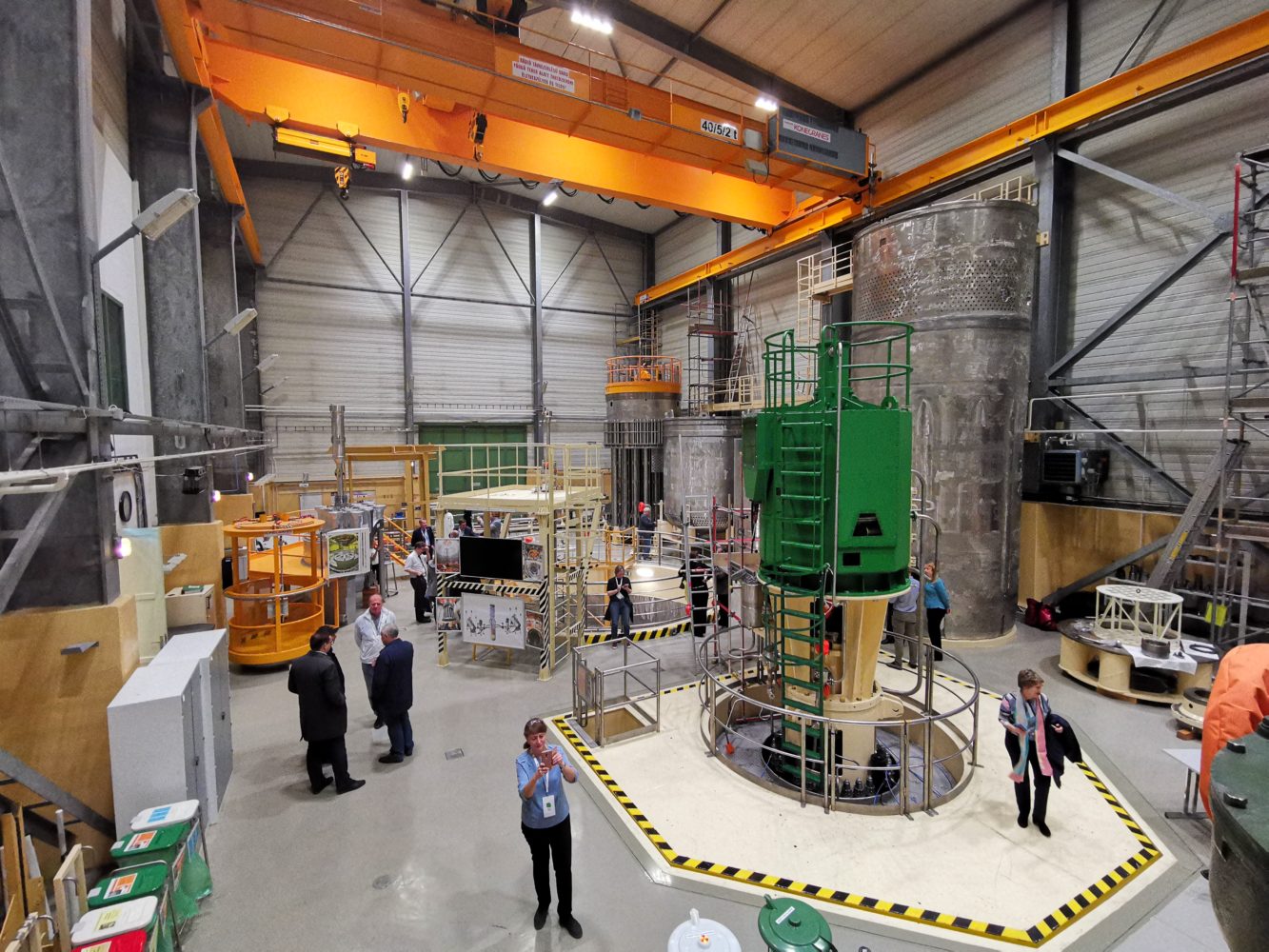 Hungary has a long track record of nuclear cooperation with Russia. This article deals with Rosatom’s business, educational, social and cultural activities in the European country.

Hungary is celebrating 65 years of its nuclear industry in 2021. It all started in 1956 when the National Atomic Energy Committee was set up in the country. Hungary’s first research reactor in Budapest went critical three years later, in 1959. It was upgraded in 2009 to use low-enriched uranium as fuel.

In 1966, Hungary and the Soviet Union signed an agreement to build a nuclear power plant near the town of Paks on the bank of the Danube, 100 km south of Budapest.

In August 1974, first concrete was poured for the first two units of the Paks Nuclear Power Plant. The first unit was brought online in December 1982, followed by Unit 2 in September 1984. The third and fourth units were connected to the national grid in September 1986 and August 1987, respectively. Each of the four power units uses Russian-­designed VVER 440 reactors.

Today, the total installed capacity of the plant is 2 GW. In 2020, according to PRIS, the Paks NPP generated 15,179 GWh of electricity, which accounted for 48 % of total power consumption in the country. However, the existing units will be decommissioned one by one in the 2030s. With this in mind, the Hungarian government made an early decision to replace the retiring capacity.

In 2014, Hungary and Russia signed a framework agreement and three basic contracts that provided for the construction of two new power units with Generation 3+ VVER 1200 reactors. A prototype for the new plant is Leningrad II in Russia. In June 2020, Rosatom’s ASE and Hungarian project owner MVM Paks II submitted a license application and 283,000 pages of licensing documents to the Hungarian Atomic Energy Authority.
Construction will begin after the license is obtained. The first unit of Paks II is planned to be commissioned in 2029, with the second unit to follow in 2030.

Meanwhile, preparations are underway on the site and construction yard, with almost 120 auxiliary buildings and structures to be erected, including workshops, warehouses, parking lots and a road. Currently under construction are a steel structure fabrication shop with the annual capacity of about 45,000 tons of prefabricated steel structures, an anti-corrosion treatment facility, and a batching plant with the capacity of 300,000 cu m of ready-mix concrete per year.

Construction of nuclear power plants is not the only area of nuclear cooperation between Rosatom and Hungary. For instance, Rosatom produces a new modification of nuclear fuel for Paks. The modified fuel optimizes a water-­uranium ratio in the reactor core and thus makes reactor operation more cost-efficient.

Another example is Ganz EEM, a Hungary-­based subsidiary of Rosatom’s power engineering division AtomEnergoMash. Ganz EEM produces high-capacity pumps for nuclear power plants and is currently manufacturing coolant pumps for Kudankulam in India, Akkuyu in Turkey and Rooppur in Bangladesh. Of course, the company counts on orders from Paks II.

Positioning itself as a ‘corporation of knowledge’, Rosatom invests in local educational projects, and Hungary is no exception. Last April, Rosatom organized HackAtom Hungary, the first Russian-­Hungarian atomic hackathon. It started with lectures delivered by teachers from Russian universities on nuclear physics, reactor technologies and other related topics. Then, nearly 100 people from the University of Debrecen, University of Dunaújváros and University of Pécs received two tasks. Twenty-four teams had 24 hours to find the best solution to the problem of forecasting power utilization efficiency at nuclear power plants and analyzing equipment control parameters.
Five months later, the participants of HackAtom Hungary had an opportunity to visit Paks Unit 4. The students visited the main control room, turbine and reactor islands and had a lecture on how a nuclear power plant works.

In June 2021, employees of Russian and Hungarian nuclear companies worked together in an elderly care home in the town of Kalosca. They repaired and painted benches, built cozy pergolas, decorated them with national ornaments, and planted flowers. A similar initiative was undertaken in the community of Dunaszentgyörgy in October. The volunteers repaired and painted fences around the local school and the kindergarten and also planted flowers.

In the first half of October, two Hungarian cities, Budapest and Debrecen, and the town of Tihany hosted the Russian Music Festival sponsored by Rosatom. Even kids had a chance to learn about Russian culture. They listened to Sergei Prokofiev’s symphonic fairy tale Peter and the Wolf, music from Tchaikovsky’s ballet The Nutcracker, and Mussorgsky’s Pictures at an Exhibition. Adults had a choice of more serious pieces of music, both for symphonic orchestras and for individual instruments. This can be inferred from the names of thematic evenings, such as Russian Harp, Russian Piano, Russian Violin and even Russian Pipe Organ. There is nothing to wonder — Russian composers Mikhail Glinka and César Cui wrote polyphonic works for the pipe organ.

Obviously, the history and scale of cooperation between Rosatom and Hungary pave the way for a number of other joint projects. Along with constructing new power units at Paks II, Rosatom holds talks with some Hungarian companies to launch partnership initiatives in nuclear medicine and other high-tech fields.