With sanctions imposed on the Russian energy sector and soaring power prices in Europe, one of the key questions faced by decision-­makers is how to reduce dependency on hydrocarbons. The answer seems to lie with the so-called alternative energy, but the raw materials it uses also demonstrate a dramatic increase in prices, and no one is certain what to do.

There have been only two solutions developed over the last 50 years to overcome an energy crisis. The first is energy saving, or consumption reduction. The other is transition to alternative energy sources. In this context, alternatives should be interpreted broadly, both as alternative suppliers and other available sources of energy.

The current energy crisis is not an exception. In the International Energy Agency’s (the IEA) 10-Point Plan to Reduce the European Union’s Reliance on Russian Natural Gas, six out of ten proposals provide for the diversification of energy sources, and another two pertain to energy saving.

To replace energy imports from Russia, the IEA proposes to replace Russian supplies with gas from alternative sources, accelerate the deployment of new wind and solar projects, maximize generation from existing dispatchable low-emissions sources: bioenergy and nuclear, speed up the replacement of gas boilers with heat pumps, and step up efforts to diversify and decarbonize sources of power system flexibility.

How workable are the IEA proposals?

The plan was published on March 7. By early June, the European Union had introduced six sanction packages. The last one provides for a ban on the purchase of crude oil (with six months’ delay) and oil products (with eight months’ delay). This seems to be a direct implementation of one of the proposals. Indeed, oil imports from Russia are planned to be replaced with supplies from long-standing oil exporters (with fresh news coming that French Minister of Finance Bruno Le Maire held talks with the UAE) and sanctioned Venezuela and Iran. “The US may allow more sanctioned Iranian oil onto global markets even without a revival of the 2015 nuclear accord, according to the biggest independent crude trader,” Bloomberg writes quoting Mike Muller, the head of the Asian division of the world’s largest oil trader Vitol.

But the thing is that smaller oil exporters, such as Iran or Venezuela, had less finance to invest in their economies (the oil sector included) due to the sanctions imposed so it will not be easy for them to quickly increase oil output. We may assume, therefore, that it will be extremely costly, if at all possible, to replace oil imports from Russia, the world’s second largest oil supplier.

Although adopted, the sixth package of EU sanctions contains certain exceptions: the ban extends to seaborne oil only while supply via the Druzhba pipeline will continue. Special exceptions were made for Bulgaria, the Czech Republic, and Croatia.

There is a growing outcry from European politicians and economists of all sorts that the sanctions destroy Europe’s economy more than that of Russia. It is overwhelmingly a matter of price, not supply. “The embargo will reduce Russia’s income from oil in the long term, but European companies and consumers will suffer more from high and potentially growing oil prices. Inflationary pressure will persist,” says Guntram Wolff, Director of Brussels-­based economic think tank Bruegel. He believes that “Europeans will face hard times”.

“Before we pull out of supply contracts [with Russia — ​ed’s note], we need to secure supplies. This applies mostly to oil and, of course, gas,” Minister President of Saxony Michael Kretschmer said commenting on the sanctions imposed by the EU and German Federal Government on Russian coal and oil.

Gas is truly an ‘of course’ thing: although prepared to consider an embargo on crude oil and oil products, Europe does not want to include gas in it. Evidently, no country can replace Russia in this segment even if the USA and Qatar ramp up LNG supply to Europe.

The IEA’s second proposal provides for the construction of more renewable capacity. There is another challenge, though: prices for the metals that are used to build renewable energy generators, storage batteries and grids are growing, too. Lithium, nickel, platinum group metals, particularly palladium, aluminum and copper cause the greatest concern with the IEA.

Their prices have been on the rise for more than a year. Global economic recovery after the coronavirus pandemic, lifted restrictions and pent-up demand gave the first — ​and also the strongest — ​inflationary push. Concerns about the stability of metal supplies from Russia provided another stimulus, pushing the prices further up. The price of nickel made the highest leap, having risen from a little more than USD 29,000 per metric ton on Friday, March 4, 2022 to USD 50,300 per ton on Monday, March 7. On March 8, the price shot upward to USD 100,000 per ton, so that nickel trading was suspended and trades were canceled.

Copper, aluminum, palladium and iron ore exhibited similar price hikes in March, while lithium simply continued its growth observed in February. “Prices of many minerals and metals that are essential for clean energy technologies have recently soared due to a combination of rising demand, disrupted supply chains and concerns around tightening supply. The prices of lithium and cobalt more than doubled in 2021, and those for copper, nickel and aluminum all rose by around 25 % to 40 %,” says the IEA report published on May 18, 2022.

The trends look alarming: “The price of lithium has increased an astonishing two-and-a-half times since the start of the year. The prices of nickel and aluminum — ​for which Russia is a key supplier — ​have also kept rising, driven in part by Russia’s invasion of Ukraine. For most minerals and metals that are vital to the clean energy transition, the price increases since 2021 exceed by a wide margin the largest annual increases seen in the 2010s.”

The forecast is no less uncomfortable: “The price trends have continued into 2022.”

However, if we take a look at the price charts for the last few months, we will see that the prices of metals have flattened and even decreased to the levels recorded in the autumn of 2021 and winter of 2022. So, it is difficult to predict whether the upward trend in prices will persist and, if it does, what will fuel the growth. Looking at the price evolution, we can assume that the panic over potential supply disruptions has subsided.

There is also another point to mention: in March, the price of gold, which has always been perceived by investors as a safe haven, broke through the psychologically important level of USD 2,000 per ounce, then fell below it in April and went further down to less than USD 1,900 in May. It seems there is no panic in the investment community, which feeds off, among other things, political information. The crisis intensity seems to ease, and investors’ focus of attention shifts over to other financial instruments.

Both manufacturers, from Russia included, and consumers are equally interested in supplies, so everyone is trying to find a way out of the situation in which businesses have found themselves thanks to politicians. The last few months showed clearly, with facts and examples, that the bogeyman of political dependency on commercial supplies is a straw man brought to light by the politicians themselves. The reality shows that even a strong dependency on large metal supplies does not result in a political dependency of the buyer on the seller. This became clear in the 1950–1960s and then in the 1980s on the back of panic-­mongering in connection with hydrocarbon supplies from the USSR (we wrote about it in our issue #4). There was also a panic whipped up around the supply of rare-earth metals from China. By various estimates, the country accounts for about 60 % to 70 % of global supply of these metals. This matter was raised repeatedly in the 2010s and is not forgotten now. Rumor had it that rare-earth metals from China could be banned, but there is no information that those threats have ever been made real. 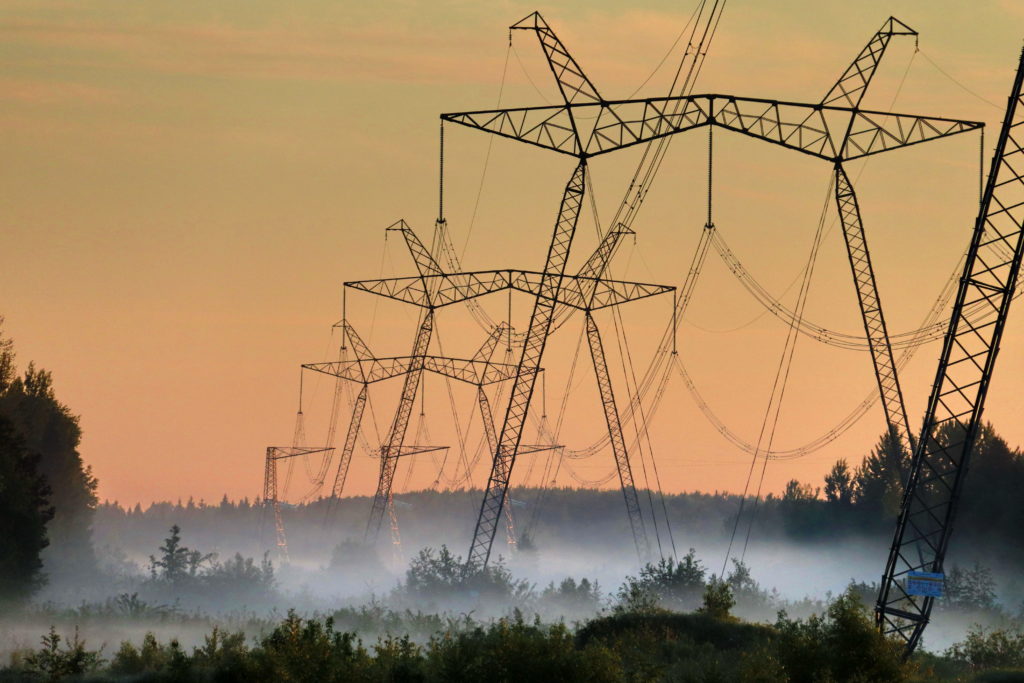 We know from experience that production disruptions are caused by artificial political barriers on the consumer’s side. Here is an example: in late December 2020, the US imposed sanctions on Russia’s largest titanium producer VSMPO-AVISMA but stroke it off the sanctions list in less than a month because Boeing needs titanium. In February, Boeing suspended titanium purchases, referring to the accumulated reserves and diversification of suppliers. In early June, WSJ published an article about a 10‑day suspension in the production of Boeing 737 MAX, with supply disruptions named to be the main cause of the suspension.

Therefore, production costs of batteries, solar panels and wind turbines are indeed growing, but the main driver behind this growth is not supply disruptions, which have been largely minimized. Much more important is, first, a global inflation in the metals segment on the back of post-pandemic recovery and, second, a politically driven growth in demand. The proposal to accelerate deployment of new wind and solar capacity made by the IEA in March means indirect stimulation of demand for metals and, as a result, price growth mentioned by the IEA in May.

The IEA has a plan on how to curb the growth in production costs of sustainable sources of power: “Higher commodity prices will not always rule out further cost reductions for clean energy technologies, but only if there is a redoubling of efforts to reduce costs via technology innovation, efficiency improvements and economies of scale. Companies will also have to pay more attention to managing price risks along the value chain. An extension of existing incentive schemes could be considered to avoid consumers turning their back on clean energy technologies.”

Russian atom is not a dependency

We should take note of the last sentence in this suggestion. For the IEA, clean energy technologies finally mean not only renewable energy sources, but also nuclear. And one of the points in its 10‑point plan provides for the maximization of nuclear generation.

As we can say from many examples of partnerships with Russia across a wide range of supplies, business with Russians does bring benefits. Working with Rosatom is advantageous and does not lead to any political dependency. Doesn’t sound convincing? Take a look at the policies pursued by the Czech Republic in which Russia built six power reactors and to which it continues to supply nuclear fuel, or Finland in which Russia built two power units and planned to build one more. Hanhikivi was a worthwhile project for Finland. Fennovoima’s executives even expressed their regret in public statements: “Unfortunately, the termination of the EPC contract is estimated to have a significant employee impact in Fennovoima and is expected to impact also the supply chain companies and Pyhäjoki region,” says Fennovoima’s CEO Joachim Specht. “The decision to terminate the EPC contract with RAOS Project is not made lightly,” Esa Härmälä, Chairman of the Board, points out.

Nuclear energy is a contribution to the energy security of any country. It helps mitigate supply risks and become more self-sufficient in electric power. Unlike oil and gas prices, the price of uranium fuel is much less volatile, according to statistics.

Numerous studies underline that no ‘dependency’ problems have a place in nuclear energy, and no supplier cannot afford leveraging its market position to exert political influence. History does not know examples of arm twisting with the use of nuclear energy.