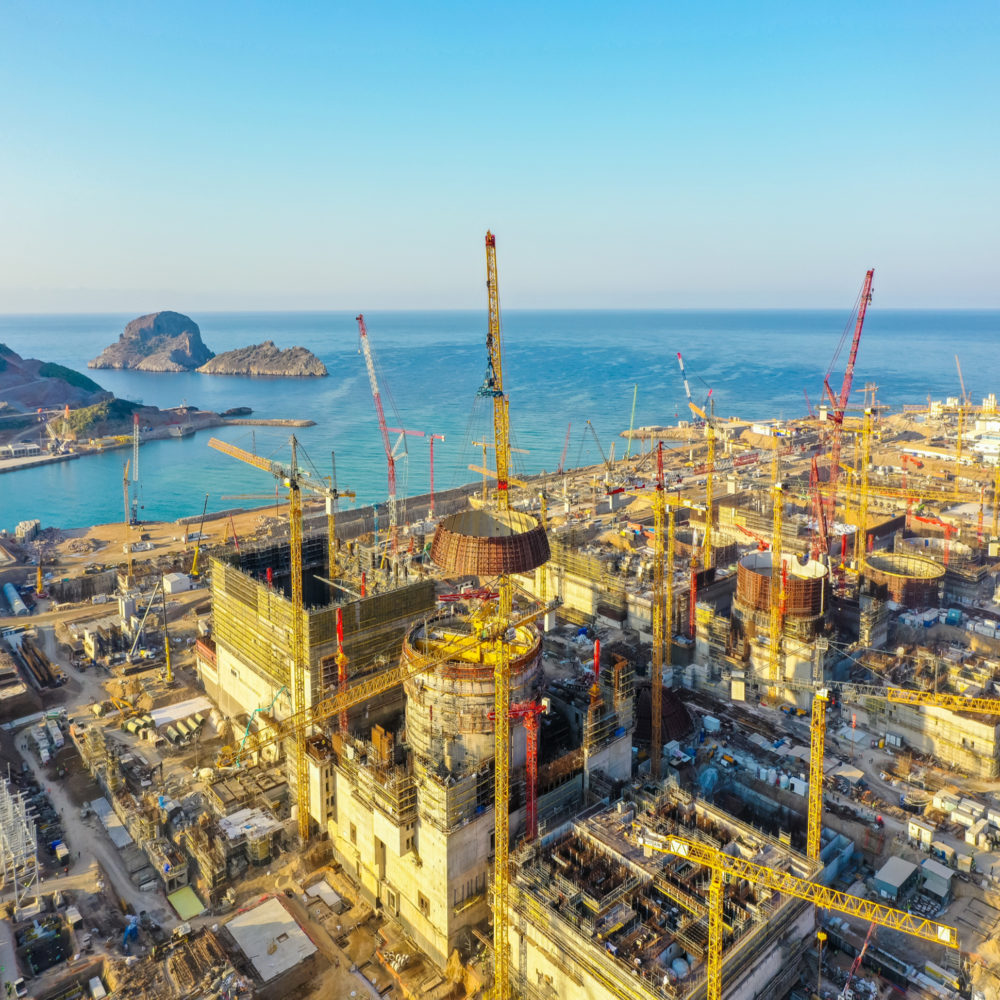 The work is in progress at the world’s largest nuclear construction site. Rosatom top managers point out that the project is going as planned.

On September 22, installation of a reactor pressure vessel (RPV) was completed at Akkuyu Unit 2.

“Emplacement of the RPV at Unit 2 is this year’s major milestone. I would like to note that the installation team and lifting equipment operators did an excellent job. Putting the RPV in place requires a pinpoint accuracy — ​acceptable horizontal tolerances should be less than a tenth of a millimeter,” Sergey Butskikh, First Deputy CEO at Akkuyu Nuclear and Director of the under-­construction Akkuyu NPP, said when congratulating the workers involved in the installation works.

The reactor pressure vessel belongs to the key equipment of a nuclear power plant. It holds a reactor core — ​an area that contains nuclear fuel and structural elements enabling nuclear reaction and transferring heat to coolant. The RPV weighs over 340 tons and is more than 11 meters high.

Also in late September, workers finished installing a reactor pit liner at Unit 2. The liner is a steel structure located in the inside containment of the reactor building. Designed to reinforce concrete surfaces, the liner is made of a special steel grade alloyed with chromium and nickel and has an estimated service life of 100 years. The steel structure weighs over 16 tons and is more than 9 meters high. Installation operations were performed using a Liebherr LR 13000 crawler crane.

Russian nuclear companies manufacture and ship all the systems and equipment for the nuclear power plant. In early October, two emergency core cooling system (ECCS) tanks for Akkuyu’s second unit were assembled at a Petrozavodsk-­based factory of AEM Technologies (part of Rosatom). The ECCS tank is a three meter round thick-­walled vessel made of three ring shells and two bottoms. When assembled, the ECCS weighs as much as 75 tons. It belongs to passive safety systems and consists of four 60 cu m tanks containing an aqueous boric acid solution while the plant is in operation. If pressure in the primary circuit decreases below a pre-set level, the solution is injected automatically into the reactor core and cools it down.

Rosatom plans to finish the construction of Unit 1 next year. “We are working round the clock, seven days a week. We realize perfectly well how important the year 2023, the centenary of the Turkish Republic, is for the country. And we are fully committed to completing the first unit in 2023,” said Denis Sezyomin, Director for Construction and Production Organization at Akkuyu Nuclear. He explained that 2022 was no less important for the project: “This year, we have installed equipment that we call a polar crane. The work is underway to commission it. A containment building dome will be mounted on Unit 1 by the end of this year. After that we will start pre-commissioning tests on the reactor.”

Denis Sezyomin stressed that Akkuyu was an international project with a multi-­national team. More than 80 % of workers are Turkish nationals, and they do most of the construction and installation works on the site. “When the Akkuyu NPP is built, it will meet 10 % of the country’s demand for electricity. The total cost of the construction project is estimated at about USD 20 billion. During its service life, the nuclear plant will contribute around USD 50 billion to the Turkish GDP,” Denis Sezyomin pointed out.

He made those statements at the TEKNOFEST Aerospace and Technology Festival held in early September in the Samsun Çarşamba Airport. Over 80 countries took part in the festival. The Akkuyu project was presented at an individual exhibition display, so that everyone could learn about the progress in the construction project.