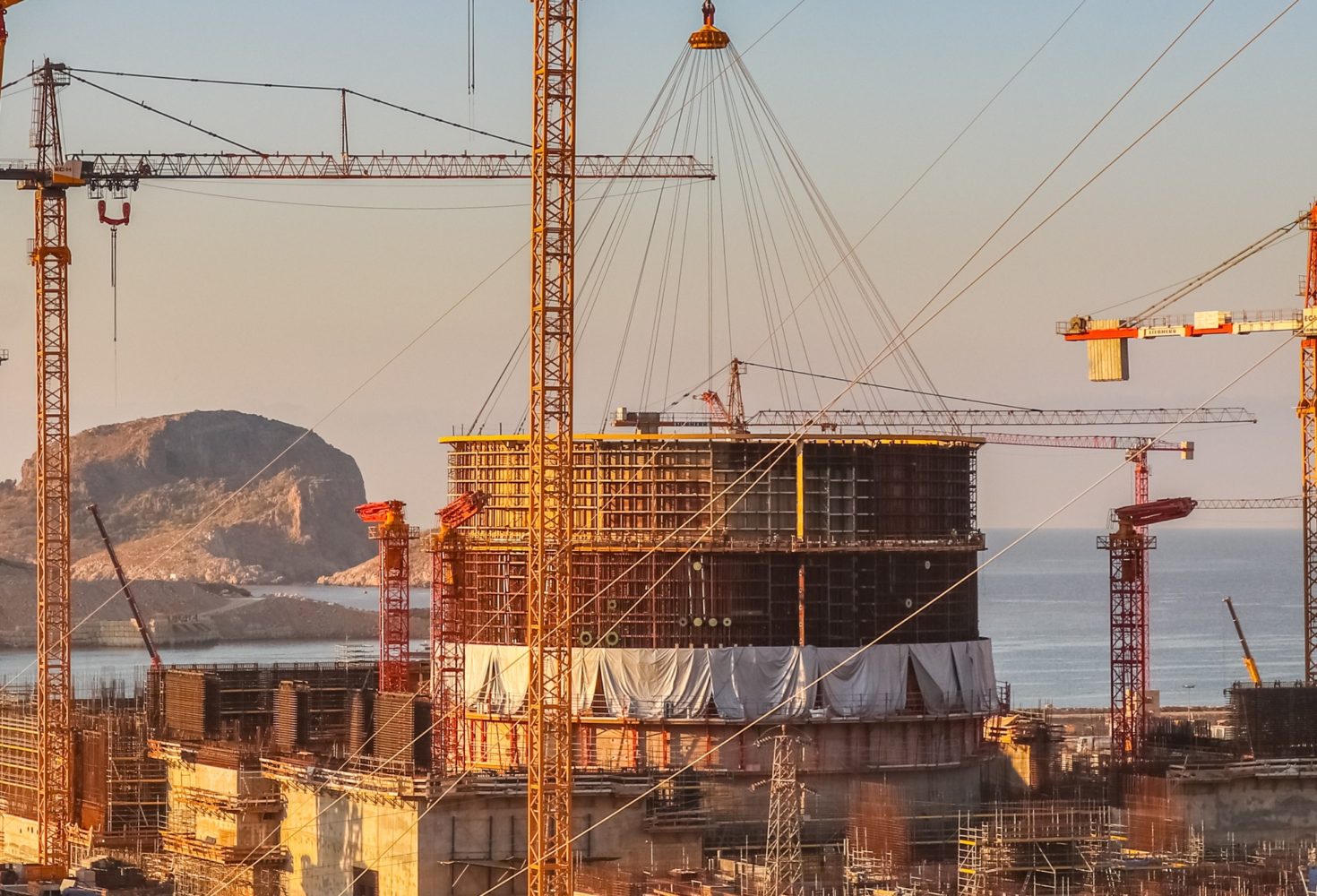 Akkuyu Nuclear obtained a construction license for Unit 4 of Turkey’s first nuclear power plant. This allows for the construction to start on all the facilities of the nuclear and turbine islands of the unit. Apart from the plant construction, Rosatom remains actively involved in the cultural and educational life of the local communities.

The Nuclear Regulatory Board (NDK) approved a construction license for Unit 4 of the Akkuyu Nuclear Power Plant.

The license application documents had been filed with NDK on May 12, 2020. The document package included a Preliminary Safety Analysis Report (PSAR), Probabilistic Safety Analysis, and a number of documents confirming the safety and reliability of the power unit.

Following the examination of the application documents, NDK passed a resolution to approve the issuance of a construction license for Akkuyu Unit 4. This license enables Rosatom to begin the construction of all facilities that make the nuclear and turbine islands of Unit 4.

“Having obtained a construction license for Unit 4, we have completed the licensing process for our four-unit nuclear power plant, and our Turkish colleagues from the Nuclear Regulatory Authority confirmed the safety, integrity, reliability and unique nature of our project. We are ready to kick off the work at the entire Unit 4. Early next year, we will begin to construct foundation slabs for the nuclear island of the unit,” Akkuyu Nuclear CEO Anastasia Zoteeva said.

Before the license was obtained, engineering surveys and excavation operations had been carried out on the site of Unit 4 to prepare it for full-scale construction works. The plan is to start making a concrete bed for the foundation slabs of the nuclear and turbine islands by the end of the year and then proceed with foundation reinforcement.
The licensing process requires the project owner to obtain almost 120 licenses and permits from Turkish government agencies. By now, key documents have been issued, including an official approval of the environmental impact assessment (EIA) report, an electricity generation license, construction license for all four units, and an operation permit for the Eastern cargo terminal. The documents to be obtained in the near future include licenses for pre-commissioning, fuel loading and commissioning operations and staff accreditation licenses for every unit of the nuclear power plant.

Akkuyu is one of the largest nuclear construction sites worldwide. Apart from building the nuclear power plant, Rosatom carries out social and educational projects in Turkey. To celebrate the Republic Day, a national holiday in Turkey, Akkuyu Nuclear donated TRY 1.5 million to vocational schools in the Gülnar District. The money will be spent on school repairs and equipment. The company also donated over 180 tablets to the Gülnar District Education Authority for local junior schools. “It is one of our priorities to support education in the communities around the Akkuyu construction site,” Anastasia Zoteeva said. 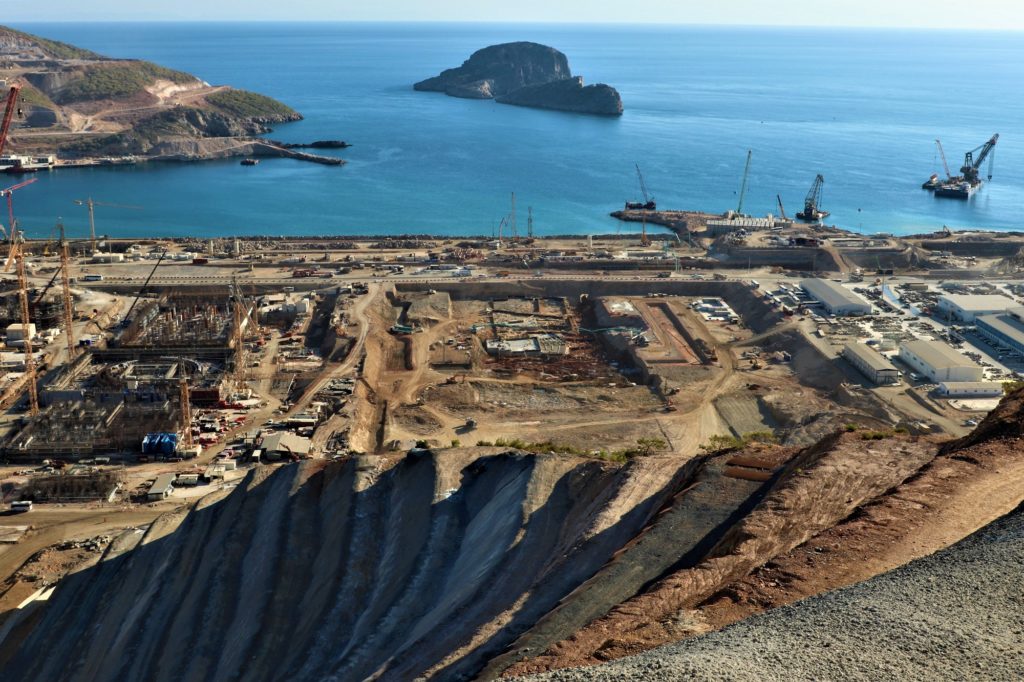 In October, Mimigrants, a theater company from Saint Petersburg, performed its play Nâzım Hikmet: Poet’s Love and Fate in the Gülnar District and Mersin with support from Akkuyu Nuclear. “Akkuyu Nuclear puts much emphasis on the initiatives fostering a cross-­cultural dialog between Turkey and Russia,” regional communications expert Eyüp Lütfi Sarıcı from Akkuyu Nuclear said before the performances. “Nâzım Hikmet belongs to world cultural heritage as a great writer, poet and playwright, whose figure and works is of major importance for our two countries. The play staged by the Russian theater, support from our employees and warm reception by Turkish spectators are a tribute and homage to the great poet.”

From September 25 until October 9, 2021, Turkey hosted the Mediterranean stage of the Sails of the Spirit expedition supported by Rosatom. In the Mediterranean Sea, a yacht with an inclusive crew went along the route Fethiye — Antalya — Tashuju — Fethiye, organizing joint trips to the sea with the participation of local residents at the stopping places, concerts, environmental and landscaping campaigns, sports events, panel discussions, networking sessions and excursions.

Silifke was another location for the Sails of the Spirit events: Akkuyu Nuclear employees, representatives of public organizations and the yacht crew organized a regatta, inclusive workshops on board the yacht, and a trash clean-up. The trash and other items taken from the bottom of the harbor were turned into a real art object. The process of creation was led by German artist Paul Ehrlich, a special guest of the regatta.

“This is the first time I have taken part in the event, but I have heard many times about the Sails of the Spirit over the last two years,” Esra Kut from Akkuyu Nuclear Communications Department shares her impressions. “I am convinced that inclusive events should be held both nationally and internationally. It is important to remove barriers between people with disabilities and ordinary people, spend time together and benefit each other.”

The Akkuyu NPP is a major energy project in Turkey and top of the agenda at the largest national business conferences. In particular, the nuclear project was in the focus of discussion at the 2021 International Energy Congress and Expo (EIF 2021) in Antalya. With Akkuyu Nuclear as its key partner, the congress was held with support from the Ministry of Energy and Natural Resources of the Republic of Turkey and brought together key representatives of Turkey’s energy industry as well as leading players of the energy market from 52 countries. Regional Vice President and Director of Rosatom MENA Alexander Voronkov and Akkuyu Nuclear Director for Construction and Production Organization Denis Sezemin attended the event. Alexander Voronkov’s presentation focused on the current challenges of the energy industry and how they could be overcome with low-carbon nuclear energy solutions proposed by Rosatom, while Deniz Sezemin talked about Akkuyu’s current status and locally produced equipment and materials for the needs of the construction project.

“The Russian and Turkish parties are making considerable efforts to increase the project’s local content. We have established a dedicated working group that has compiled a catalog of locally made products. It is regularly updated and currently contains 718 items. The local content potential of the project is estimated at USD 5.9 billion,” Denis Sezemin explained.

In early October, the Grand National Assembly, Turkey’s supreme legislative body, passed a bill to ratify the 2015 Paris Climate Agreement. The nuclear power plant is a safe and reliable source of baseload power and enables the country to meet its climate-­related commitments. Commenting on the decision made by the Turkish legislature, Rosatom fully backed it up. The Akkuyu NPP project makes a sizable contribution to the low-carbon transition of Turkey’s industry and economy. Rosatom pointed out that an energy system, in which nuclear as a stable and reliable energy source provides baseload power, contributes to meeting national commitments under the Paris Agreement. In addition to being a clean energy source for at least 60 years, a nuclear station is a large-­scale infrastructure project that facilitates the country’s technological development. When commissioned, Akkuyu as the first nuclear power plant in Turkey will facilitate the achievement of the nation’s sustainable development goals.