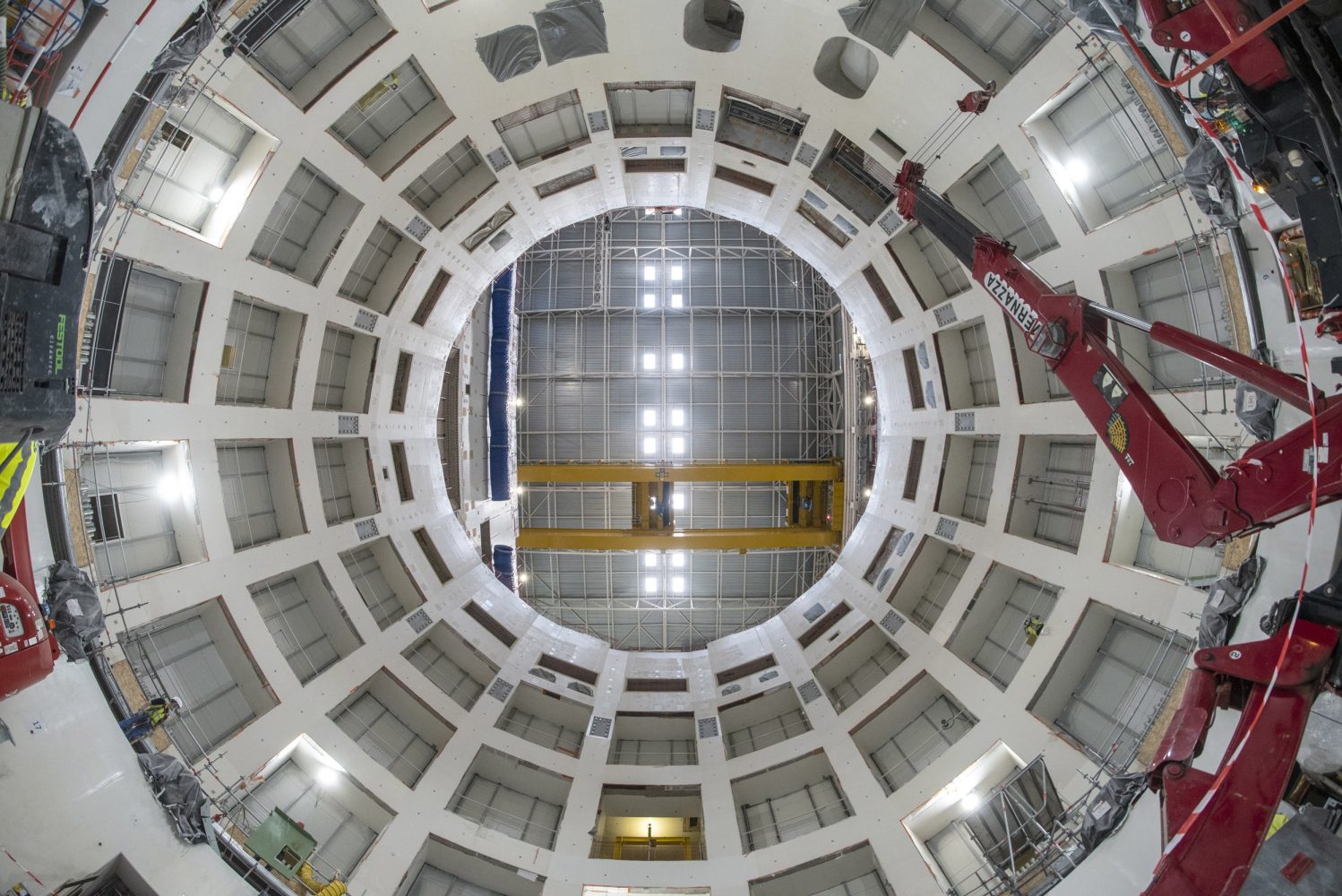 Timely delivery of the Russian-made equipment was of great importance since without it, it was impossible to continue the installation of power supply systems at the ITER. Any quarantine-caused delay in delivery could have led to missing the commissioning date. The trucks left Rosatom’s Efremov Research Institute in St. Petersburg on April 9, 21 and 27, and their journey was in strict compliance with quarantine restrictions. Thanks to the seamless coordination between the institute, private company ITER-Center (Russia) and the ITER itself, all the ten trucks carrying electrical equipment arrived at the site near Marseille and were unloaded right on schedule. Russia supplied busbars for the central solenoid, poloidal field coils and correction coils, beams and supports for the installation of busbars, resistors, and auxiliary components.

In general, Russian engineers from 30 research organizations will develop 25 systems for the reactor, including switchgear, busbars, energy absorption resistors for the power supply and protection of superconducting magnets, one of the most expensive and complex systems of the experimental reactor.

Other ITER members are also contributing their fair share. In mid-April, Italy delivered a huge toroidal field coil, followed by another one from Japan. Production roles were distributed between the ITER members so that each country could develop competencies in different science fields (vacuum chambers, magnet systems, neutron diagnostics, and so on). Seven parties, namely, China, the European Union, India, Japan, Korea, Russia, and the United States signed the ITER Agreement.

Thе primary goal of the project is to demonstrate the feasibility of fusion energy for commercial use and secondly to test the technology and materials.

The initial idea to build a thermonuclear fusion reactor for the international research was proposed by Soviet scientist Evgeny Velikhov back in 1985. The idea was approved by Soviet leader Mikhail Gorbachev and presented at the Geneva Summit in November same year. US President Ronald Reagan and French President François Mitterrand supported the project. In 1992, the USA, Russia, Japan and the European Union signed a project agreement, joined by China, South Korea and India in 2001, 2003 and 2005, respectively. The European Union as a host party covers around 45 % of the project costs with the other six parties contributing approximately 9 % each.

The thermonuclear fusion reactor under construction is, in fact, a tokamak (a Russian acronym for ‘toroidal chamber with magnetic coils’), a hot plasma confinement device developed by Soviet scientists Igor Tamm and Andrei Sakharov in the 1950s. The function of the reactor is to turn hydrogen isotopes into extremely hot plasma, which is necessary for thermonuclear fusion to begin, and keep it inside a doughnut-shaped (toroidal) vacuum chamber.

Construction of the building and site infrastructure is nearing completion with assembly of the reactor underway. The ITER is expected to be launched in 2025.

Sustainability by Numbers
On October 1, Rosatom’s Sustainability Report 2020 was published on the UN Global Compact website. Its most interesting feature is the last three years’ statistics on sustainability performance and achievements.

Andreeva Bay Half Clean
Rosatom updated Russian authorities, the public and international donors on its nuclear legacy management efforts at the spent fuel repository in Andreeva Bay. The most active contributor to the legacy…

Akkuyu on Track to Four Units
In this issue, our regular column dealing with Rosatom’s geographical footprint spotlights Turkey. This is where the construction of Akkuyu NPP is going full tilt. Read our article to learn…
More popular news