The report deals with the problem of reducing carbon emissions. The IEA experts analyze the status quo and consider three forecast scenarios. The first one is the Stated Policies Scenario that reflects the efforts already made or declared by national governments, including those under the Paris Agreement. The second scenario is the Sustainable Development Scenario that expects net-zero emissions to be achieved by 2070. The third option is the Faster Innovation Case. In this case, net-zero emissions will be achieved already by 2050, while electricity generation will grow 2.5 times as compared to the current level, which is “equivalent to adding the entire US power sector every three years.” The report names two deadlines, 2050 and 2070, by which net-zero emissions should be achieved.

It also considers risks and possibilities related to fast reduction of emissions in key energy-intensive areas, such as transport, industrial production (primarily ferrous metallurgy and production of fertilizers) and households.

The IEA experts begin with an assertion that the current situation cannot be regarded as satisfactory. They write, “Clean energy sources are growing in importance, but they still account for only around one-fifth of energy supply worldwide. In other words, the energy system in its present state is unsustainable.” The experts admit the possibility of lower emissions in 2020 due to the coronavirus pandemic but believe that the decline is temporary and emissions will grow back fast.

Despite continuous calls to cut emissions, they are unlikely to be reduced in the next two decades. And there is more than one reason why.

First, rapid development of the Chinese economy necessitated a no less rapid expansion of generating capacity, primarily coal-fired power plants. “Since the inception of the 21st century, the share of coal in the global energy supply mix has increased with the economic boom in China,” the report says.

The second reason is a remaining service life of the existing power plants. Launched in the last two decades, they are intended to operate for 30 to 40 years and, as the authors of the report believe, this will slow down emission cuts due to sluggishness of the existing technology, “Highly competitive global markets, the long lifetime of existing assets, and rapidly increasing demand in certain areas further complicate efforts to reduce emissions in these challenging sectors.”

Third, technology that could contribute to the reduction of emissions is still at its early development stage. “Quicker progress towards net-zero emissions will depend on faster innovation in electrification, hydrogen, bioenergy and CCUS,” the authors of the report are convinced. CCUS stands for ‘capturing CO2 emissions in order to use them sustainably or store them’.

Making hydrogen a full-fledged source of low-carbon energy, primarily for industrial applications, demands increasing electrolyzer capacity from the current 0.2 GW to 3,300 GW. If the forecast comes true, the electrolyzers will consume double as much energy as China does now, while emissions will be cut by half. The carbon capture technology will be needed to produce low-carbon synthetic fuel and remove carbon dioxide from the atmosphere. It will be able to neutralize 55 % to 80 % of emissions.

According to the report, low-carbon technology also includes bioenergy, which comprises, in approximately equal shares, conventional biomass (wood, charcoal, and other wood processing products) and new sources of bioenergy. The authors of the report think that electricity, hydrogen, synthetic fuel and bioenergy will meet the portion of demand that is now covered by coal, oil and natural gas.

In general, the Sustainable Development Scenario expects demand for electricity to more than double. “This growth is driven by using electricity to power cars, buses and trucks; to produce recycled metals and provide heat for industry; and to supply the energy needed for heating, cooking and other appliances in buildings.” Production of electricity will triple by 2070, the report says.

However, total consumption of energy will grow much slower due to higher energy efficiency and material savings. “These help keep demand at roughly current levels through to the early 2050s, when it slowly begins to rise again because most of the potential for efficiency gains from currently available technologies has been exploited. Energy intensity — ​the amount of energy consumed per dollar of GDP — ​falls by two-thirds between 2019 and 2070, corresponding to a decline of the energy intensity of 2.2 % per year, more than a third higher than the rate of 1.6 % per year observed over the period 1990–2019.”

Place of nuclear in carbon-free future

The report admits that it was nuclear technology that contributed to lower emissions and cleaner air in the last century, “Construction of nuclear reactors surged in the 1960s and 1970s, but slowed down thereafter.” Technological development came in waves — ​it was nuclear in the 1970–1980s, combined cycle turbines in the 1990s, wind energy in the 2000s, and solar panels in the 2010s. However, the authors of the report note regretfully, “The increased share of renewables in the global energy mix has barely offset the declining share of nuclear power over the period.” As a result, the share of clean energy sources is now less than 20 % of the energy mix, or almost the same as in the early 1970s.

The reasons behind declining interest towards nuclear energy in the late 1980s and early 1990s were lower prices of hydrocarbons and two accidents, in the USA and in the USSR. Interest revived in the late 2000s but died away after the Fukushima disaster.

Nevertheless, the IEA believes that nuclear will be one of the drivers of cleaner power generation because it can be used, for example, to produce hydrogen by electrolysis. Projects in this area were announced by the United Kingdom and the USA.

According to the Sustainable Development Scenario, the share of power generation in the consumption of primary energy resources will grow from the current 20 % to almost 50 % in 2070. The segment will be driven primarily by solar, wind and nuclear generation. As of 2019, demand for electricity generated by nuclear power plants amounted to 728 million tons of oil equivalent (Mtoe). Under the Stated Policies Scenario, it will reach 1,101 Mtoe by 2070. Almost the same amount (1,140 Mtoe) will be reached already in 2040 under the Sustainable Development Scenario (and grow to as much as 1,472 Mtoe by 2070).

Another section of the report reads, “Nuclear primary energy use more than doubles between 2019 and 2070, with emerging economies in Asia accounting for around 75 % of the growth in capacity.” Under the Sustainable Development Scenario, the share of nuclear energy in the global energy basket will make 8 % in 2070 (page 129).

It will differ by region, though, as the IEA experts say, “Nuclear meets 13 % of total generation in 2070 in China — ​more than three-times the current share.” According to PRIS, the share of nuclear generation in China’s energy basket is 4.9 %, which is more than follows from expert estimates.

The task of achieving net-zero emissions in power generation will require a sharp increase in new clean capacity additions, with 15 GW of generating capacity to be commissioned every year. Simultaneously, we will have to add 475 GW of solar capacity (108 GW in 2019) and 190 GW of wind capacity (60 GW in 2019) every year. 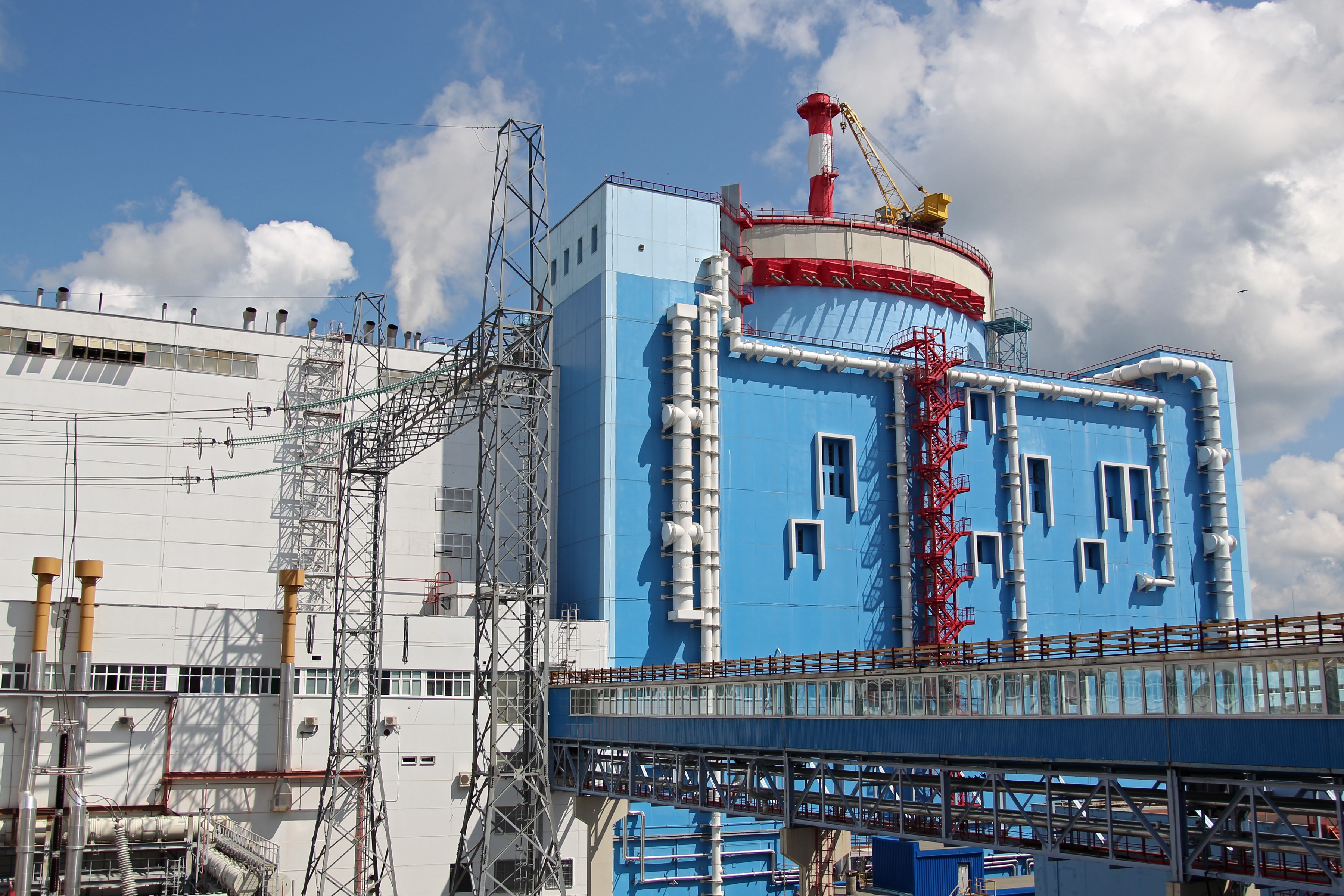 According to the IEA estimates, Asia will account for over 80 % of nuclear capacity additions globally, from 415 GW in 2019 to more than 780 GW in 2070. It should be noted that capacity additions will be driven mostly by the projects that already exist. They can be supported, though by new projects and small modular reactors, “Some advanced nuclear technologies, notably small modular reactors (SMRs), support the rising share of variable renewables. Today SMRs are at the prototype development stage: their potential for shorter lead times and lower investment requirements reduce investment risks compared with large-scale nuclear plants.”

Nuclear energy is among the most knowledge-intensive segments in the power generating industry. According to IEA, which has been monitoring R&D expenses in the power industry since the 1970s, nuclear R&D programs were the most heavily invested until 2008. After 2009, investments in renewables, hydrogen technology and energy storage systems surged, but R&D in nuclear continued receiving finance.

Strong research background and achievements make nuclear relatively independent from breakthroughs in other industries. For example, Rosatom has research programs in material studies, new types of nuclear power plants and their components, new fuel, and even computing systems for complex calculations.

The IEA report outlines, in an unbiased manner, opinions of the professional and political community about the opportunities available to us on our way to lower or even zero emissions. The figures given in the report in relation to 2050 and 2070 are more of possible references than firm targets — ​the time period is too long, and uncertainty is high. This is evident from the figures cited: if demand for electricity doubles and production triples, then what does it say about the current situation and about what will happen in fifty years? The real structure of the energy basket will depend on political tendencies and public values, and on finance available to governments and companies, including the possibility of investing in energy innovations. And, of course, it will depend on disasters of any nature.

The IEA defines low-carbon energy technologies as “renewable energy sources (renewables), nuclear power; carbon capture, utilization and storage (CCUS); hydrogen derived from low-carbon energy sources; technologies that improve the efficiency of energy transformation (e. g. switching from incandescent to light-emitting diode [LED] lighting); other non-fossil power and storage options; and cross-cutting technologies that result in minimal emissions of CO2 and pollution.” In the context of discussions that are going on in the European Union regarding the ‘green’ status of nuclear energy, it is important to mention that the IEA has included nuclear into the list of low-carbon technologies, putting it on a par with renewable sources of energy.