The history of the Institute for Graphite-Based Construction Materials (NIIGraphite) dates back to October 1, 1960. It was established as a center for comprehensive research on carbon-based materials and development of carbon-based products. Its tasks included launching such products into mass production and coordinating activities of research and development laboratories and production plants across the country. NIIGraphite began with the development of carbon ceramic structural materials. Other materials developed at the institute ranged from fine-grain and recrystallized graphites to carbon fluoropolymer composites. NIIGraphite researchers also developed materials for graphite stacks of RBMK reactors, studied their performance and monitored the condition of stacking in uranium graphite reactors to increase their service life.

In the 1970s, NIIGraphite joined in a national R&D program for aerospace materials and took part in the development of carbon-carbon composites, which were used to make friction discs for Buran space shuttle and An‑124, Tu‑160, Tu‑204 and Tu‑214 aircraft brakes. Carbon dischargers for the Russian spaceplane Buran were also developed at the institute. They were needed to make it possible to control the spaceplane from Earth. NIIGraphite also set up production of carbon fiber woven and non-woven fabrics. In the same period, the institute developed technology for manufacturing long-lived radiochemical prepregs based on carbon fiber and fabrics. The prepregs were used to make carbon/silicon carbide composites for the production of heat-exposed components of aircraft engines.

In the next few decades, the institute dealt with the development of ultra-high-strength composites — ​along with other materials.

Since 2013, NIIGraphite has been part of the Russian state nuclear corporation Rosatom, developing and manufacturing materials and products for the aerospace, medical and, of course, nuclear industries.

For example, NIIGraphite develops structural materials for the core of molten salt reactors in association with the Ural Federal University. Some of these materials are now at the prototyping and initial testing stage.

Isostatic graphite for high-temperature gas-cooled reactors (HTGR) is developed in partnership with Chelyabinsk-based Doncarb Graphite. Thanks to stage-by-stage high-temperature treatment, this material can be used to make light-weight high-strength temperature-resistant complex shaped parts with the highest-quality surface finish.

NIIGraphite has developed silicified graphite for bearings of the primary coolant pumps installed at Russian-designed nuclear reactors. Silicified graphite is an anti-friction material, or a material reducing friction and wear of moving parts.

In addition, the institute resumed production of regular graphite grades, such as ATG, AG 1500 and Nigran-V, which was suspended after the collapse of the Soviet Union. They are used in aircraft gas turbine engines, fuel systems and other mechanisms. In the future, NIIGraphite plans to set up production of isotropic pyrolytic graphite for aircraft engines.

Another product developed at NIIGraphite is a family of 2D, 3D and 4D carbon fiber reinforced carbon composites for defense applications.

The institute has also developed materials for the casings of radioisotope heater units and thermoelectric generators installed in the Russian Mars 96 spacecraft and Chinese Chang’e 2 and Chang’e 4 lunar probes.

NIIGraphite products are gradually finding their way into medicine. The institute has developed graphite fabric TGN2M used to make atraumatic dressings (dressings that accelerate healing of wounds and burns).

Carbon-based materials containing BMP2 human protein are needed to treat bone defects — ​they can fill in defects and improve growth and healing of the bone tissue. They can also be used to produce personalized intervertebral cages for spinal fusion. 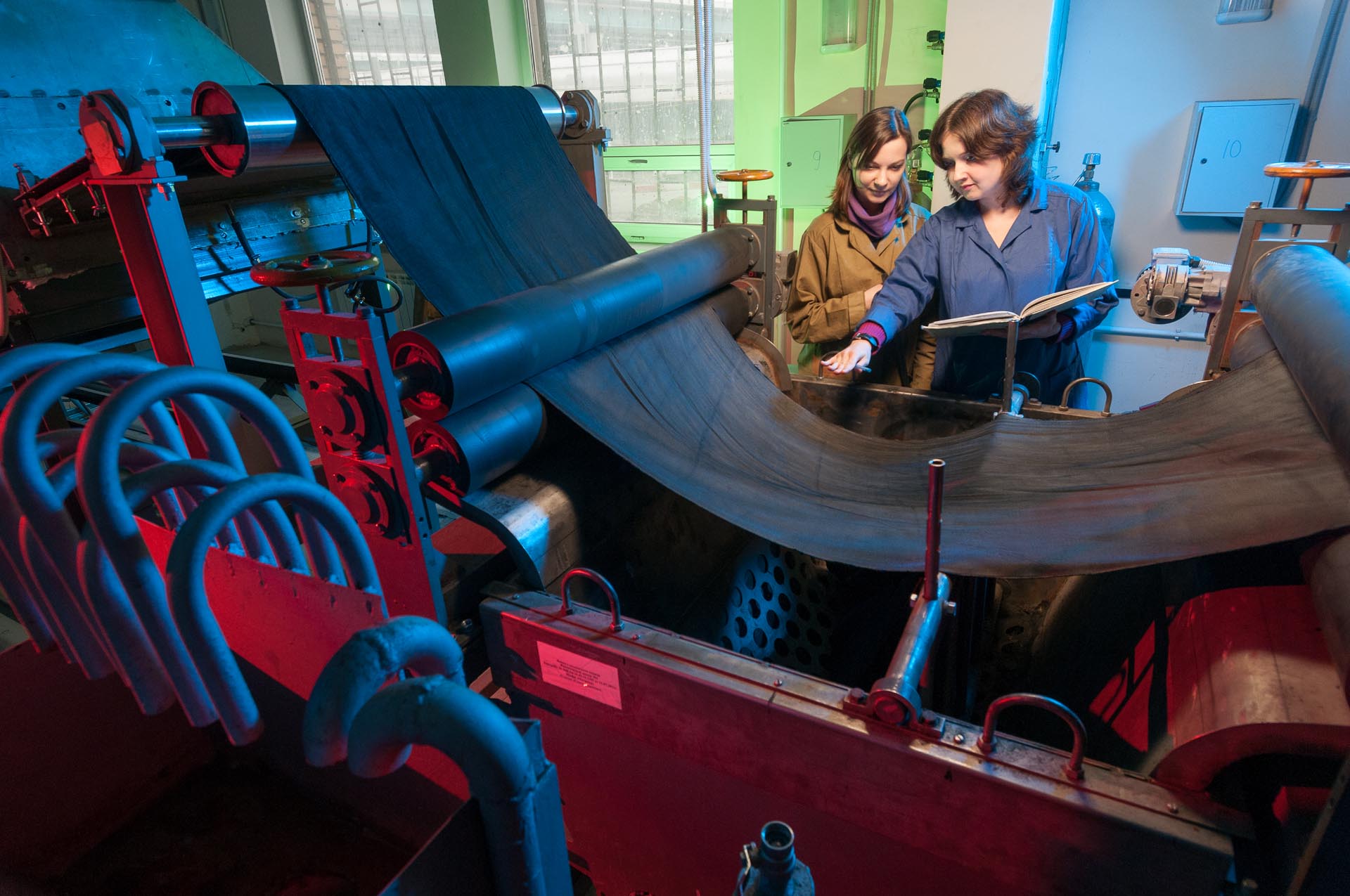 Inventions made by NIIGraphite researchers are patented not only in the Russian market, where the institute has 58 current patents and 16 registered know-hows. This year NIIGraphite has filed an international patent application claiming Russian priority for a method of making 3D preforms for multidimensional carbon reinforced composites. The plan for the next year is to file another five patent applications.