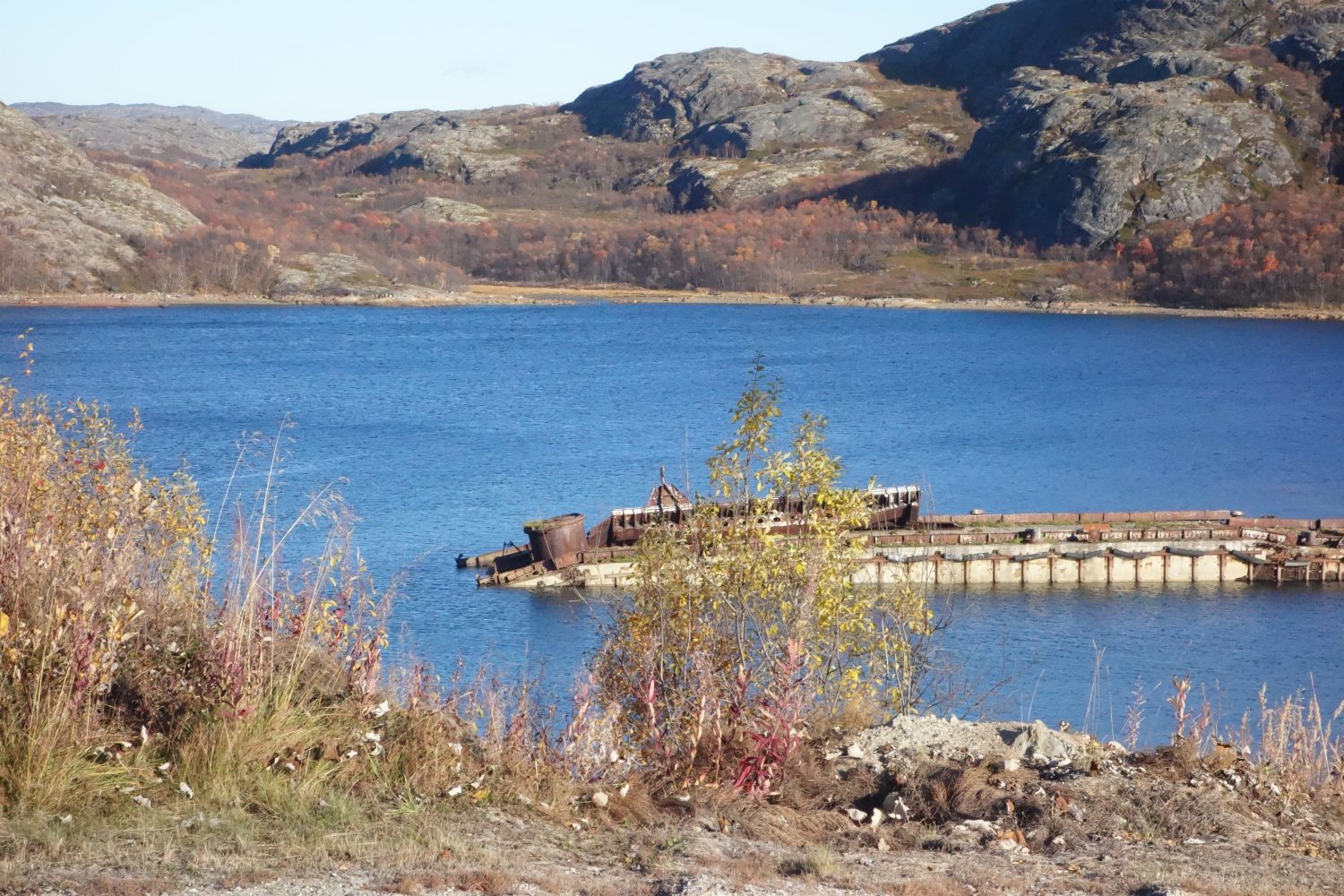 Rosatom updated Russian authorities, the public and international donors on its nuclear legacy management efforts at the spent fuel repository in Andreeva Bay. The most active contributor to the legacy management project is Norway, Russia’s neighbor in the Barents Sea.

In February 1982, a wall cracked in Building No. 5, a pool storage facility for spent fuel assemblies from nuclear submarines, at the Soviet naval base in Andreeva Bay, and radioactive water started to leak out. In the autumn of the same year, spent fuel assemblies were urgently unloaded from the pool into three underground blocks for storing liquid radioactive waste (2A, 2B and 3A), each being 15 meters in diameter and five meters deep. When the Ministry of Atomic Energy (later reorganized into Rosatom) was tasked with managing naval radioactive waste and spent nuclear fuel in 1998, it turned out that around 40 % of the territory was contaminated. At some spots, the radiation levels were as high as 40 R/h, while the total activity reached 1.3 x 1017 Bq (3.516 mln Ci). There were more than 3,000 drums with 22,000 spent fuel assemblies and nearly 19,000 cubic meters of radioactive waste stored at the naval base in Andreeva Bay. “We could not proceed with technical specifications and construction as we had to clean the area first,” Anatoly Grigoriev, an international assistance project manager at Rosatom Center for International Radioactive Waste, Spent Nuclear Fuel and Nuclear Decommissioning Programs, describes the situation then.

A quarter of a century ago, the Norwegian government adopted its Nuclear Action Plan that focused, among other things, on cooperation with Russia. One of the projects provided for by the Action Plan seeks to decrease radioactivity in Andreeva Bay located close to the Norwegian border. First of all, Norway provided finance to divert subsurface waters from Building No. 5.

Then Norway was joined by Sweden, Finland, United States, France, UK and the Northern Dimension Environmental Partnership Fund to develop a feasibility study and an infrastructure plan for nuclear legacy management. The goal of the plan is to transport all the spent fuel assemblies to the reprocessing plant Mayak and decontaminate the area. The plan was adopted, and work started. Nearly USD 250 million was spent on the implementation of the plan. 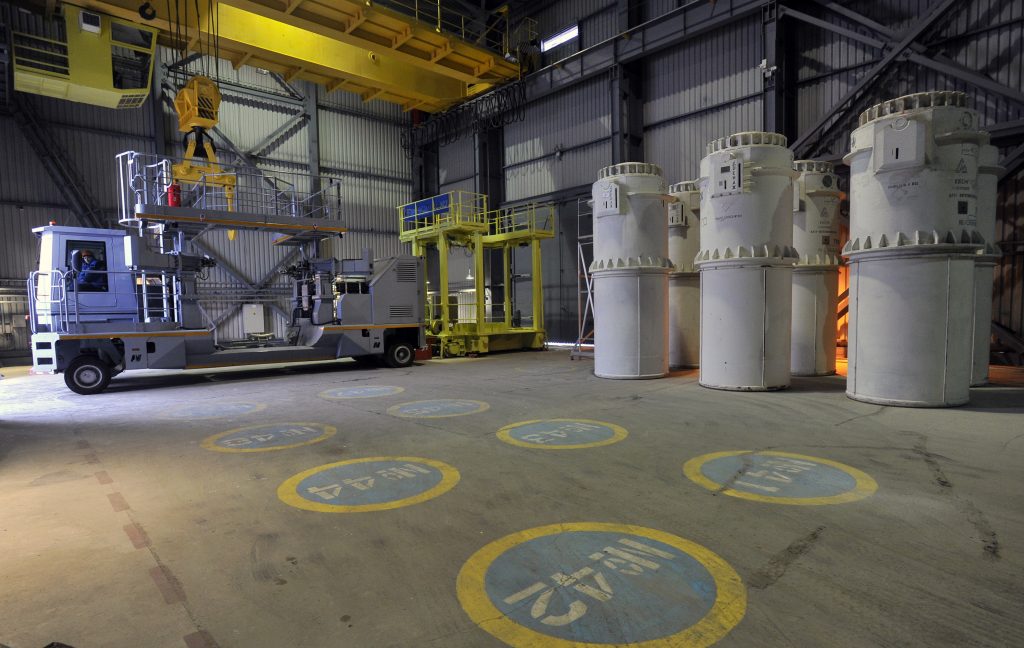 MURMANSK REGION, RUSSIA – FEBRUARY 5, 2018: Inside the Andreev Bay storage facility for spent nuclear fuel and radioactive waste, the largest one in Europe, on the western shore of the Kola Peninsula. Lev Fedoseyev/TASS

A biological shield and a shelter were created for the blocks containing spent fuel assemblies. A cask storage site and a maintenance shop with a decontamination hall were built, and a berth reconstructed. A dedicated vessel, Rossita, was built to transport spent fuel assemblies and nuclear waste. Engineers designed special robotic mechanisms and handling equipment. The robots are used to remove damaged assemblies from the bottom of the spent fuel pool in Building No. 5. Computer simulators were also developed for the operators to train how to hoist out radioactive debris from the blocks and load it into casks and containers. The containers were also developed specially for the project.

The next plans are to build a radiation shelter, reinforce a foundation plate of the transformer substation, and upgrade on-site waste treatment facilities.

The most difficult but necessary task is to find a solution for Block 3A, which was filled with more than 7,000 damaged spent fuel assemblies in 1982. According to the plan, unloading will start in 2025. The removal of assemblies is expected to be completed in 2028.

One of the questions that remain unanswered is what to do with Building No. 5. Earlier this year, an engineering and radiation study was launched to propose available solutions. “This is a key stage of the project, and it needs to be dealt with to put an end to the long history of Building No. 5,” says Dmitri Gulak, an acting director of SevRAO.

It is assumed that Andreeva Bay will be turned into a brownfield to accommodate industrial facilities.

“I can assure Norway will stay with Russia until the end — ​until Andreeva Bay is clean,” said Per Einar Fiskebek, an advisor to the governor of Tromsø and Finnmark Counties on cooperation with Russia. At present, Russia and Norway are running the third five-year cooperation program related to Andreeva Bay. In 2022, the fourth program will be developed to cover the period until 2028.

As a mark of continuing cooperation, participants of the reporting meeting — ​representatives of the Norwegian and Russian authorities — ​planted an avenue of fir trees in Andreeva Bay.

1999 — ​Diversion of subsurface waters from Building No. 5

2001 — ​Facilities in Andreeva Bay transferred to Ministry of Atomic Energy

2010 — ​First batch of spent nuclear fuel removed from Block 2A

2028 (plan) — ​Removal of spent fuel assemblies to be completed

After 2028 — ​Disposal of radioactive waste; bringing the site to a safe state; site monitoring

20 out of 24 naval base facilities dismantled

Over 9,000 cu m of solid radioactive waste transported to the Regional Storage Center in Sayda Bay

3.5 mln Ci down to 2.1 mln Ci is a decrease in total activity of the facilities in Andreeva Bay