Akkuyu on Track to Four Units

In this issue, our regular column dealing with Rosatom’s geographical footprint spotlights Turkey. This is where the construction of Akkuyu NPP is going full tilt. Read our article to learn more about what has been done in 2021, how Turkish nationals receive degrees in nuclear engineering, and what social and environmental projects are carried out by AKKUYU NUCLEAR.

Akkuyu is the first nuclear power plant in Turkey. The plan to build a nuclear station originated in the mid‑1970s, but the project was suspended untill May 2010 when Russia and Turkey signed an intergovernmental agreement on cooperation in nuclear energy. What is more, it is the first nuclear power plant constructed by Rosatom under the BOO (Build–Own–Operate) model.

Akkuyu will have four units with VVER‑1200 reactors. At present, construction works are underway at three of them, while the site of Unit 4 is being prepared for the construction to start soon. First concrete was poured for Unit 1 in April 2018, followed by Unit 2 in April 2020 and Unit 3 in March 2021.

In June 2021, Unit 1 passed a major milestone in the construction process as the reactor pressure vessel (RPV) was installed in its permanent position. Right before the RPV installation, a ring-shaped support structure, which bears the load of the vessel, was assembled inside of the reactor pit. A week later, the third tier of the internal containment shell was installed, with quality of every weld confirmed by ultrasonic testing. 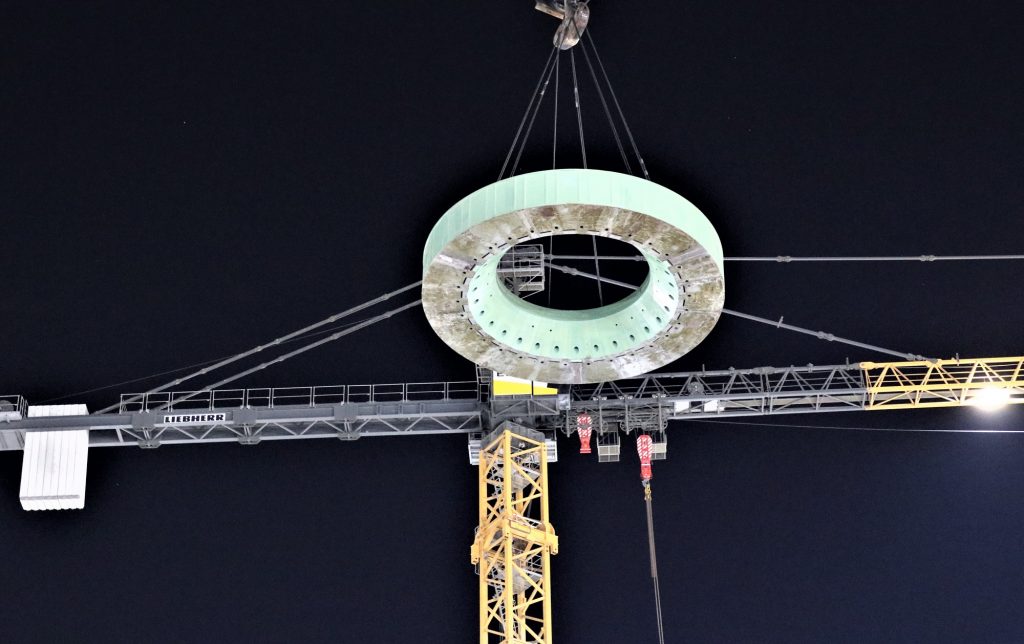 By now, Unit 1 has a core catcher and a dry containment shell installed. Reinforcement and concreting works are currently underway in the premises that will accommodate steam generators and components of the primary coolant piping to form the reactor’s primary loop.

Current activities at Unit 2 include the installation of reinforced concrete blocks for the reactor pit, Tier 2 of the internal containment shell, and an RPV support structure.

At Unit 3, concreting of the foundation slabs and basemats for the nuclear and turbine islands has been completed by now.

At Unit 4, current activities are limited to those listed in the preliminary construction permit, which was issued by Turkey’s Nuclear Regulatory Authority on June 30, 2021. The regulator continues examining a package of documents submitted to obtain a construction license for Unit 4. AKKUYU NUCLEAR, which is in charge of the project, expects to obtain the license by the end of this year and begin full-scale construction operations as soon as early next year.

In July, Atommash (part of Rosatom’s power engineering division AtomEnergoMash) assembled six accumulation tank halves for the passive core flooding system (PCFS) to be installed at Akkuyu Unit 1 and manufactured the first steam generator for Unit 2. In mid-­March, the company got started with the production of a reactor pressure vessel for Unit 3.

A massive effort was launched to train young professionals for the nuclear industry, which is new for Turkey. In September, 24 students holding bachelor’s degrees from Turkish universities were admitted to the Master’s programs in thermal power engineering and electrical power engineering offered by Peter the Great Saint Petersburg Polytechnic University. Their curriculum was developed specifically for would-be employees of the Akkuyu NPP. Earlier in August, 22 graduates who had been enrolled in 2019 received their Master’s degrees from Peter the Great University. In September, they were employed by AKKUYU NUCLEAR.

This academic year, the curricula of seven vocational schools in the Mersin Province were supplemented with a new subject, Introduction to Nuclear Engineering. Before the school started, MEPhI graduates with degrees in Design, Operation and Engineering of Nuclear Power Plants, who currently work in AKKUYU NUCLEAR, gave lectures and seminars to vocational school teachers. In its turn, AKKUYU NUCLEAR has developed and published learning aids and materials.

Caring for people and environment

AKKUYU NUCLEAR respects local traditions. In April, when all the Muslims celebrated the holy month of Ramadan, the company and its subcontractors donated 500 food boxes to the Gülnar District Administration. They were handed out to low-income families living in the district.

In the same month, AKKUYU NUCLEAR financed the construction of a new diner in Büyükeceli, the town closest to the nuclear station, and renovation of the sewerage system in the local school. 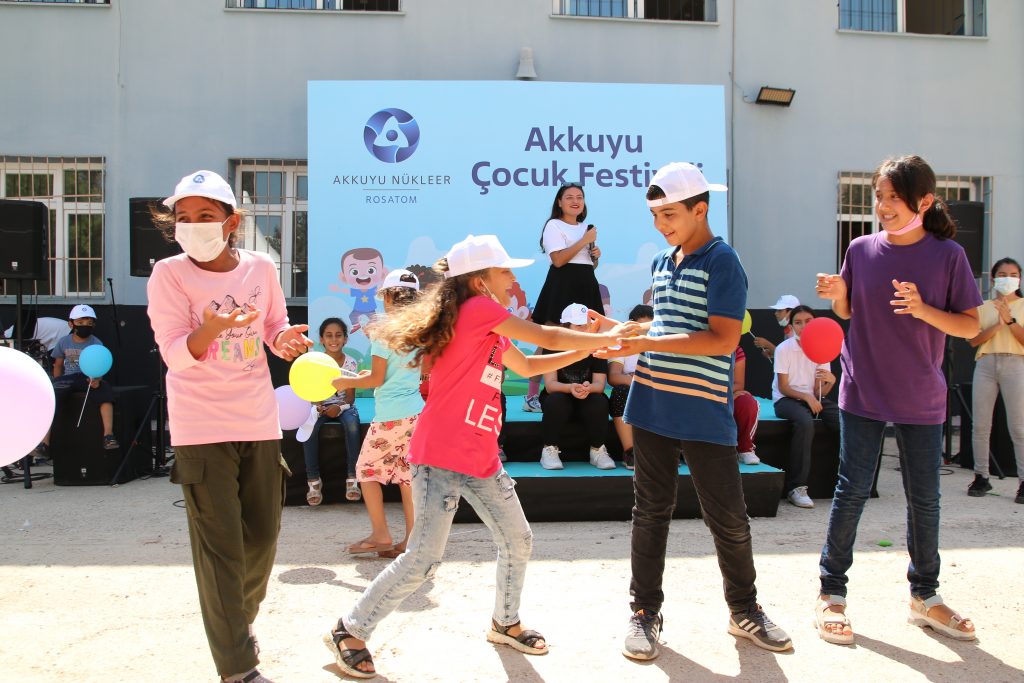 The company pays much attention to building environmental commitment and awareness among young people. In June, AKKUYU NUCLEAR employees and schoolchildren from Büyükeceli took part in the Seeds of Hope event organized by the company in partnership with the local junior school. They planted young avocado trees in the school garden, and children received flower seeds as a gift. The school plans to plant a total of 40 fruit trees in its garden.

It has become a tradition for the company to organize, and take part in, the events dedicated to the World Environment Day. In June, about 50 Akkuyu employees took part in a cleanup initiative near the town of Taşucu in which Russian employees live. The initiative aimed to protect breeding grounds of sea turtles and was launched by the head, employees and volunteers of the sea turtle monitoring project in a conservation area in the Göksu river delta with support from the General Directorate for Protection of Natural Resources and Animals under the Ministry of Environment and Urbanization.

Construction of the nuclear power plant was in the focus of attention at a meeting between Turkish President Recep Tayyip Erdogan and Russian President Vladimir Putin in September. “I have visited Akkuyu — ​this is where a nuclear plant is built. The project is fully on schedule. More than 10 thousand young Turkish engineers work there in addition to 3,000 Russian engineers, and the number will definitely grow. This will but strengthen our relationships,” the Turkish President said.