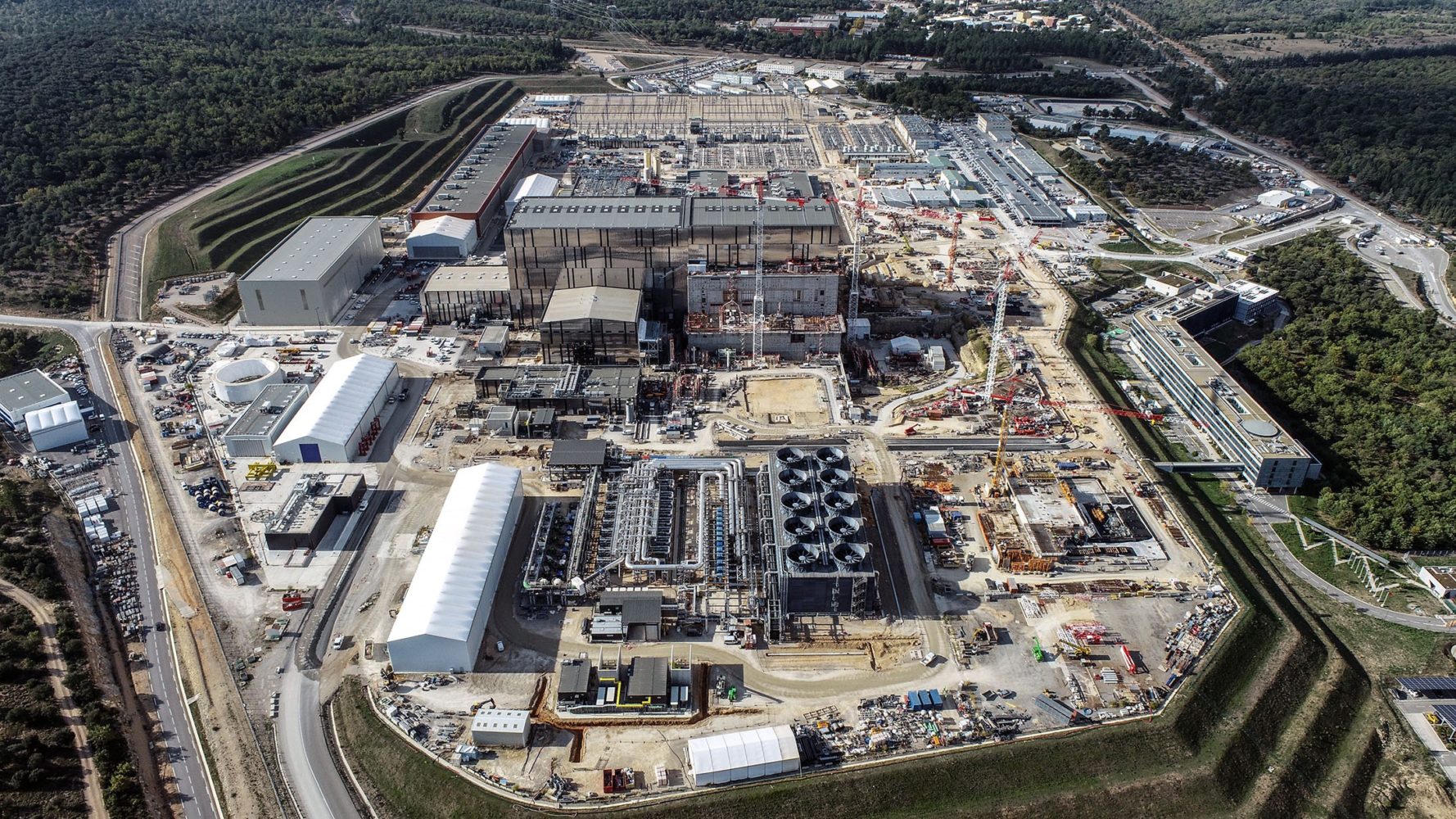 As the International Thermonuclear Experimental Reactor (ITER) project is advancing, Russia continues to manufacture and supply critical components for the reactor. A major role in the design and production is played by Rosatom companies. Apart from participating in the ITER project, Russia puts much effort into developing its national thermonuclear program.

By the end of 2022 Q2, Russia will ship a poloidal field coil PF1 to France, where ITER is constructed. It will be placed outside the ITER toroidal magnet system and generate a poloidal magnetic field to produce plasma, control its position and shape and maintain electric current in it. There will be six poloidal field coils. One of them will be supplied by China; another four are made right on the site – so big they are – the Russian-produced coil is 9 meters in diameter and weighs 200 tons.

Each of 16 coil cables is made of niobium-titanium (NbTi) superconductors manufactured at the production facilities of Rosatom’s fuel division and the Russian Research Institute for the Cable Industry. Their superconducting properties manifest themselves at the temperature of about 4ºК. The work on the coil started in 2014. Technology and equipment were developed at Rosatom, while manufacturing takes place at Sredne-Nevsky Shipbuilding Plant in Saint Petersburg.

In September, ITER expects to receive gyrotrons – vacuum devices generating high-power, high-frequency radiation that overheat electrons in plasma – made in Russia. More important is that they cause breakdown and plasma initiation. Output power of each gyrotron is 1 MW and radiation frequency is 170 GHz. ITER needs 24 gyrotrons in total, and Russia will supply eight of them. Six devices are ready; five of them have already passed acceptance tests.

The gyrotrons will be placed in a detached building since they are susceptible to external electromagnetic fields that are present in abundance in the tokamak, ITER’s core functional component. The engineering process is supervised by the Institute of Applied Physics of the Russian Academy of Sciences; manufacturing takes place at Gycom in Nizhny Novgorod.

Shipment of pedestals for blanket module connectors is scheduled for November–December 2022. The pedestals will be mounted by welding on the reactor’s vacuum chamber. They are designed to hold electrical connectors that complete a path for currents induced in the blanket modules at the time of plasma disruption. The connectors were manufactured at the Research and Development Institute of Power Engineering (NIKIET, part of Rosatom). The manufacturing process took about three years and a half. The pedestals are made of two materials, a chromium zirconium copper alloy and stainless steel.

By the end of 2022, Russian companies will produce port plugs and test stands for them. Port plugs are modules that enable the installation of plasma diagnostic systems inside the reactor. They protect the systems against neutron flux and mitigate the effects of ionizing radiation in the areas accessible by personnel. There will be a total of 40 port plugs installed along the perimeter of the tokamak vacuum chamber, and four of them will be made in Russia. It will also supply four stands for pre-operational vacuum, thermal and functional testing of the port plugs. The test stands will be pre-assembled at the factory and then assembled on the site in a Lego-like manner. Each port plug will be tested for about five months, this is why several stands are needed. If there were a single test stand, it would take more than 16 years to test all the devices. The first shipment of the stands is scheduled for next year. The last stand will be delivered in 2026. The port plugs will be manufactured at the Institute of Nuclear Physics of the Russian Academy of Sciences Siberian Branch, and test stands at GKMP Research and Production Company in Bryansk.

Russia takes part in the development and production of 25 diagnostic, vacuum, electromagnetic and other systems. Some of them are indispensable for launching the reactor. “Russia will continue to fulfill all of its obligations. We have already shipped some of the critical systems and components. Other essential shipments are scheduled for later this year, and we keep working on the systems we have undertaken to produce,” said Alexander Petrov, the press secretary of ITER Center (Russian office of the ITER project).

ITER firmly maintains political neutrality and, despite political and economic headwinds, does not refuse to cooperate with Russia. “There are no marked changes in the team’s attitude. ITER has long been positioning itself as a fundamentally neutral project. In early March, we received a confirmation of this principle and assurances that any signs of disrespect in the team, particularly those related to the crisis, would be addressed immediately. The objectives of ITER cannot be achieved without Russia’s contribution, and everyone understands it. According to the information I have, Director-General of the ITER Organization Bernard Bigot has repeatedly assured that he will do his best to tackle any problems with contracts, customs clearance, bank payments, etc.,” Vitaly Krasilnikov, a supervisor of Neutron Diagnostics at the ITER Organization (France), shares his opinion.

In 2021, the multi-faceted program Nuclear Energy Technology and Research Development in the Russian Federation Through to 2024 was supplemented with a federal project for research in controlled thermonuclear fusion and innovative plasma technologies. Among other things, the project aims to develop a tokamak that will leverage reactor technology (code-named TRT). Planned to be built at TRINITI (part of Rosatom) by 2030, the new-generation tokamak will incorporate technologies that Russia has developed as a party to the international project, and also a number of alternative solutions, such as liquid lithium first wall, electron cyclotron heating and others. “ТRТ will be a test venue for new ideas that will bring closer the prospects of thermonuclear fusion, including those like blanket technology and direct conversion of high-energy plasma flux,” says Rosatom’s Director for Technology Research and Development Viktor Ilgisonis. 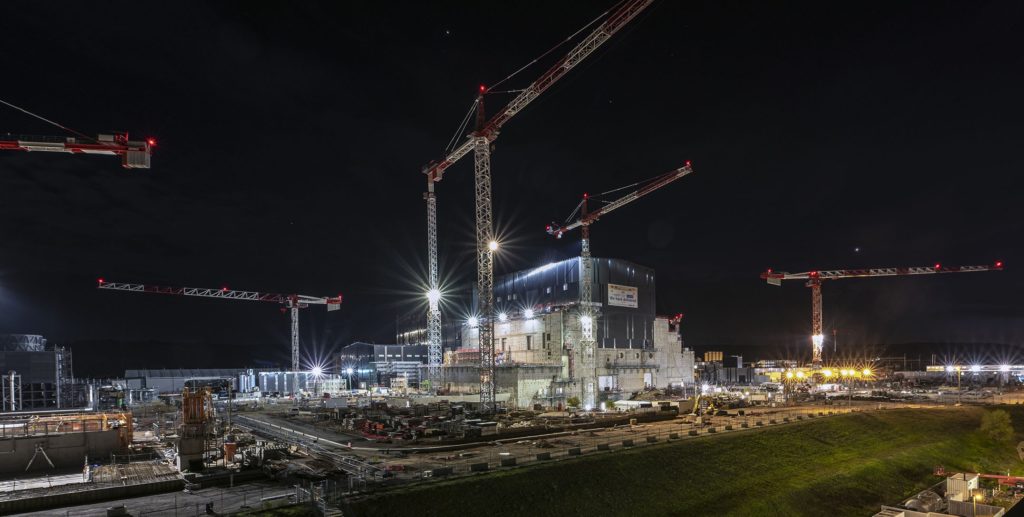 The program also provides for upgrades of the existing infrastructure. For example, the tokamak T-15MD commissioned in 2021 at Kurchatov Institute will be equipped with additional heating, diagnostics, data collection, current generation and other systems.

Other objectives of the program include prototyping of high-propulsion plasma engines, laser‐induced thermonuclear fusion, etc.