First Among the Fast

First Among the Fast

In late April, Vienna hosted the International Conference on Fast Reactors and Related Fuel Cycles: Sustainable Clean Energy for the Future (FR22). Russia, the only country that has long been operating commercial fast reactors, was one of the key conference participants. The conference was held in a mixed format, with some of the events staged in Vienna and others online.

When opening the Conference, IAEA Director General Rafael Mariano Grossi said that the global community was preoccupied with the challenges of sustainable development, fighting climate change, and energy transition. Nuclear energy technologies and fast reactors in particular will help mankind address those challenges.

“Besides being low-carbon like all nuclear reactors, fast reactor systems tick key boxes when it comes to sustainability: they shrink the environmental footprint of the waste while extracting significantly more energy from the fuel. They can be a bridge to even safer and more efficient nuclear power, providing sustainable clean energy for generations,” Mariano Grossi said.

Fast reactors can use liquid metals (sodium, lead or a lead-bismuth eutectic) or gasses as coolants. Every leading country of the global nuclear club invests in the development of fast reactor technology. Their representatives spoke at the conference about the latest achievements in this field.

In 2011, China launched its sodium-­cooled experimental fast reactor (CEFR), which was constructed in close partnership with Rosatom. At present, China is building two 600 MW sodium-­cooled fast neutron CFR‑600 reactors as part of its fast reactor demonstration project. Scheduled to go critical by 2025, the two reactors will have some of their systems and equipment manufactured by Rosatom. Speaking at the Conference, Mr. Yang Hongyi, a representative of the Chinese Institute of Atomic Energy, said that China planned to build a 1,000 MW commercial fast neutron reactor by 2030. The country also works on the design of a sodium-­cooled small modular fast reactor with a power capacity of 1 to 3 MW and a 1 MW lead-bismuth cooled reactor.

In 2001, the Generation IV International Forum (GIF) was established as an international cooperation program bringing together 13 countries. GIF aims to promote joint research into promising nuclear technology, fast neutron reactors included, with research in this field broken down into the sodium-­cooled (SFR), lead-cooled (LFR) and gas-cooled (GFR) fast reactor tracks.

During the four days of the Conference, its participants discussed nuclear fuel cycles of the future, economics, safety design and analysis, new structural materials for fast reactors, promotion of innovative projects, and much more. 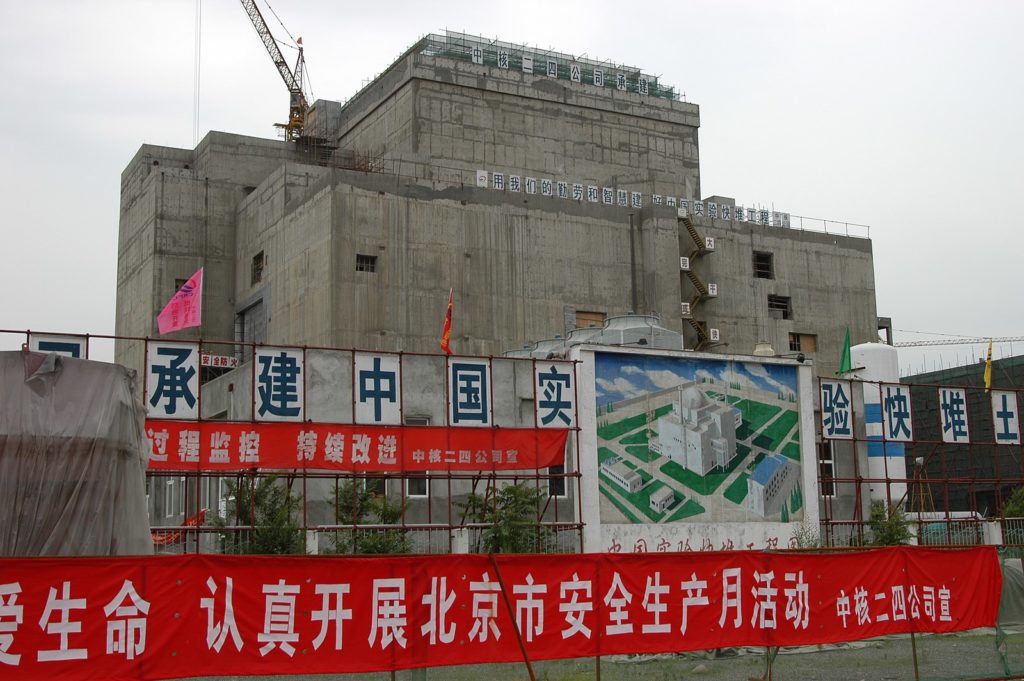 “FR22 used to discuss only the fast reactor design, but now we dig into a much broader array of topics. This conceptual transformation signals a transition of the global nuclear community to a new stage of nuclear energy development,” Rosatom’s special envoy for international and R&D projects Vyacheslav Pershukov concluded.

Ahead of the game

With two sodium-­cooled reactors, BN‑600 and BN‑800, operating at the Beloyarsk nuclear power plant, Russia remains the only country with a track record in commercial operation of fast neutron reactors. Rosatom’s representatives could rely on their hands-on experience when speaking at the conference about the proprietary commercial technology spanning all the way from fabrication of new fuel to construction of different fast reactors and reprocessing of spent nuclear fuel.

The detailed design of BN‑1200, a sodium-­cooled fast reactor to be constructed at Beloyarsk Unit 5, has been completed and is ready to be put into action. The decision to start the construction is expected to be made later this year. It is planned that the reactor will achieve its first criticality in the early 2030s. “If compared with BN‑800, the new design embraces a number of innovative solutions. They will make the cost of electricity produced by BN‑1200 lower than that produced by conventional VVER‑1200 reactors. We will also dispel the myth that fast neutron reactors make electricity more expensive,” Vyacheslav Pershukov stressed.

Simultaneously, Rosatom is building a lead-cooled fast reactor named BREST-OD‑300. First concrete for it was poured last year; achieving first criticality is scheduled for 2026. This reactor will meet the so-called ‘inherent safety’ criteria. It means safety will be ensured through the natural laws and properties of structural materials. BREST is constructed in the pilot demonstration center (PDEC) in Seversk, Tomsk Region. Apart from the reactor, PDEC will feature a two-module facility for fuel fabrication and reprocessing. Construction of the fabrication module has been finished; installation of the equipment is underway; commissioning is scheduled for 2023. The fuel reprocessing module is currently under development; its construction is expected to begin in 2026. In 2030, PDEC will be completed and ready for operation. “PDEC will feature a fully-­fledged closed nuclear fuel cycle, with only 10 % of uranium‑238 needed as input (it will be extracted from uranium tailings) and minimum uranium waste as output — ​its radioactivity will be comparable to that of natural uranium, and we will thus achieve radioactive equilibrium,” Vyacheslav Pershukov concluded.

The work is underway to develop an engineering design of a more powerful lead-cooled reactor, BR‑1200. Implementation of this design will begin after the commissioning of BREST.

Russian companies also work on the concept of a small modular fast reactor SVBR‑100 that will be cooled with a lead-bismuth eutectic alloy. Development of the lead-bismuth technology started in the Soviet Union as long ago as the 1950s: marine reactors with this coolant were in operation for many years. Georgiy Torshinsky, an advisor to CEO of AKME Engineering and Director of Leipunsky Institute of Physics and Power Engineering (part of Rosatom), explained advantages of this technology at FR22. He mentioned its increased safety and potentially high efficiency of lead-bismuth as a coolant.