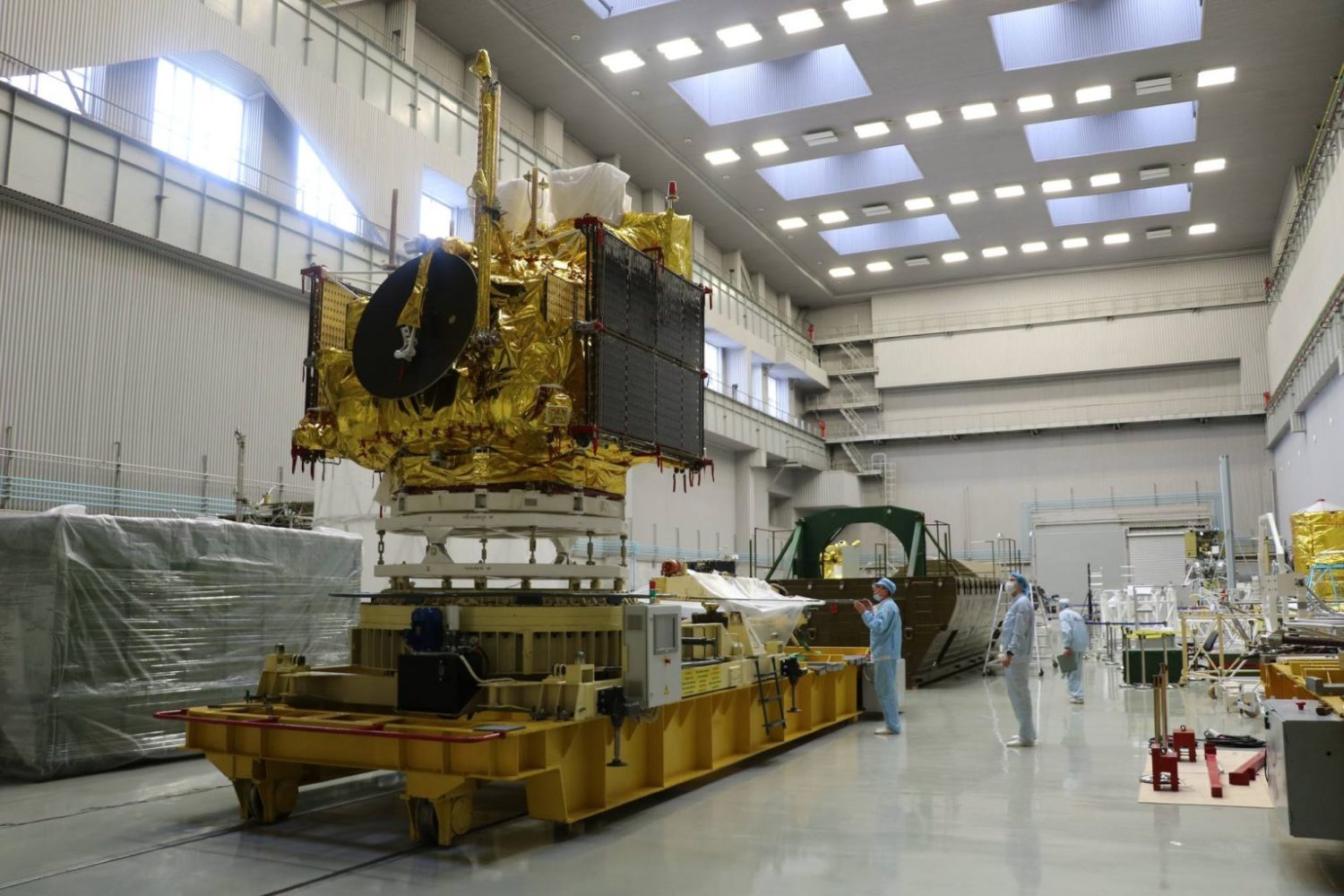 In April, MOKB Mars announced that it finished the manufacture of onboard instruments for the second Arktika-­M weather satellite. The company belongs to Rosatom and engages in space programs.

MOKB Mars designs and manufactures control units and takes part in functional tests. The algorithms deployed in the CUs control the rotation of the satellite around the center of mass and determine its modes of operation.

The engineers have adapted the onboard control system for a new gyroscope and are taking part in the incoming tests and installation of the apparatus onto the satellite. The next step will be comprehensive ground testing of the assembled satellite.

The second Arktika-­M will be launched in late 2023. With two satellites in orbit, the Hydrometeorological Center of Russia will receive consistent information about the Russian Arctic territories and seas of the Arctic Ocean. This information will improve the accuracy of short-term weather forecasts and help scientists better understand the global climate warming processes. The weather satellites will also relay signals of the Cospas-­Sarsat search and rescue system.

It is planned to launch a total of three satellites by 2025. Data from the Arktika-­M constellation supplemented by data from Elektro-­L satellites will ensure a quasi-­continuous coverage (coverage through short time intervals) of real-time weather conditions all over the globe.

After the launch, MOKB Mars will provide maintenance services for the satellites throughout their service life. “Sometimes it becomes necessary to control the operation of onboard systems and software from the ground. The most common situation is when solar flares cause interference with electronics,” Vladimir Sokolov, Chief Research Officer at MOKB Mars, explains.

Engineers adapt control systems for each launch, taking current conditions into account. For instance, they adapted the Briz-­M control systems for six alternative flight missions of the Russian-­European ExoMars program. The first mission, ExoMars 2016, controlled by the systems developed and manufactured at MOKB Mars was launched successfully and reached the Mars orbit. The European Space Agency, however, refused to participate in the program for political reasons, so the launch of a new mission scheduled for September 2022 was postponed.

The primary scientific goal of the ExoMars missions is to search for signs of past life on Mars. To achieve this goal, scientists need to study the water and geochemical environments on the surface and in the soil, find and investigate sources and specifics of methane and other gasses on the Red Planet.

The Briz-­M booster is also planned to be used on Angara-­A5 launch rockets. Since 1999, Briz-­M has been used in more than 100 launches of heavy-lift vehicles into geostationary, transfer and high elliptical orbits and an escape trajectory to Mars.

Rosatom is involved in the development of rocket engines for space exploration.

One of its subsidiaries, Troitsk Institute for Innovation and Fusion Research (TRINITI, a research center for plasma physics, controlled nuclear fusion, laser physics and technology, extreme conditions physics, etc.), develops a magnetoplasmadynamic (MPD) thruster. “The quasi-­stationary plasma propulsion engine has produced a hydrogen plasma impulse of over 100 km/sec in the single pulse mode. This allows us to reach the target performance on a prototype engine when switching over to the multiple pulse mode and have a propulsion power of 300 kW with an efficiency factor of 55 %,” MPD Program Head Konstantin Gurov said. The prototype is expected to be ready in 2024. Plasma propulsion engines with improved performance are needed not only for deep space exploration, but also for maneuvering and orbit changes by spacecraft.

The Research and Development Institute of Power Engineering (NIKIET, part of Rosatom and a major Russian research center for reactor technology) develops nuclear propulsion units for Russian lunar missions. The designs under consideration include electric jet engines powered by nuclear reactors with direct or turbine-­based energy conversion. The nuclear reactor units can also be used to build a lunar power station to supply electricity to the lunar base.

The All-­Russian Scientific Research Institute of Experimental Physics (VNIIEF, part of Rosatom and a research and development center for high temperature plasma, lasers, inertial confinement fusion, particle accelerators, etc.) develops and manufactures space telescopes. For instance, VNIIEF has developed an ART-XC telescope installed on the Spektr-­RG space observatory. It was launched to orbit in 2019 with the goal of creating a complete X-ray map of the Universe. The observatory won a prestigious international Marcel Grossmann Award.

VNIIEF also participates in the development of the Spektr-­UF observatory nicknamed ‘’the Russian Hubble.” It is designed for astrophysical research in the ultraviolet and visible ranges of the electromagnetic spectrum and detection of 10 keV to 10 MeV gamma rays.

VNIIEF develops a spectrograph module for the detection of ultraviolet radiation from stars and star imaging, and works on space laser communication systems that will transmit signals for distances up to 45,000 km, from the ground to low-earth orbit (LEO) satellites. The laser-­based communication systems enable transmission of a hundredfold more information than by other means; their signals can hardly be intercepted, and no permits need to be obtained to use these communication channels. The first experiments are scheduled for 2024.

Mars Moscow Experimental Design Bureau (MOKB Mars, part of Rosatom) develops and manufactures onboard systems and automatic navigation and control units for unmanned air and spacecraft, as well as ground controllers to test and prepare spacecraft for launch.