From Centrifuges to Batteries and 3D Printers

UEP is part of Rosatom’s nuclear fuel division. The company traces its history back to the birth of Russia’s nuclear industry in November 1945 when the Soviet government decided to build an isotope fabrication facility in Sverdlovsk‑44 (now Novouralsk), Sverdlovsk Region. The plant was started up in April 1949. On November 11 of the same year, Alexander Churin, the first director of Plant No. 813 (now Urals Electrochemical Plant), signed a quality acceptance certificate for the first 341 grams of uranium hexafluoride. The plant became the country’s first facility for commercial separation of uranium isotopes.

Initially, it produced 75 % enriched uranium‑235 hexafluoride. In 1954, the plant began manufacturing low-enriched uranium for power generation as it was that same year that the world’s first nuclear power plant was put in operation Obninsk.

In the first years of its operation, UEP used the gas diffusion technology — ​uranium‑235 was repeatedly sieved through a set of membranes. However, it took much time and, most importantly, energy to create a product with required properties. In 1958, the Scientific and Technical Council of the USSR Ministry of Medium Machine Building took a historic decision to switch from gaseous diffusion to gas centrifugation. After half a year’s use of centrifuges, it became evident that they allowed saving a huge amount of electric energy. In 1964, the plant commissioned the world’s first commercial cascade of gas centrifuges for separating uranium isotopes.

At present, all enriched uranium producers use the gas centrifugation process developed by the Soviet scientists and engineers.

This cheap technology helped the Soviet Union enter the global market in 1973 and supply enriched uranium to all countries operating nuclear reactors. 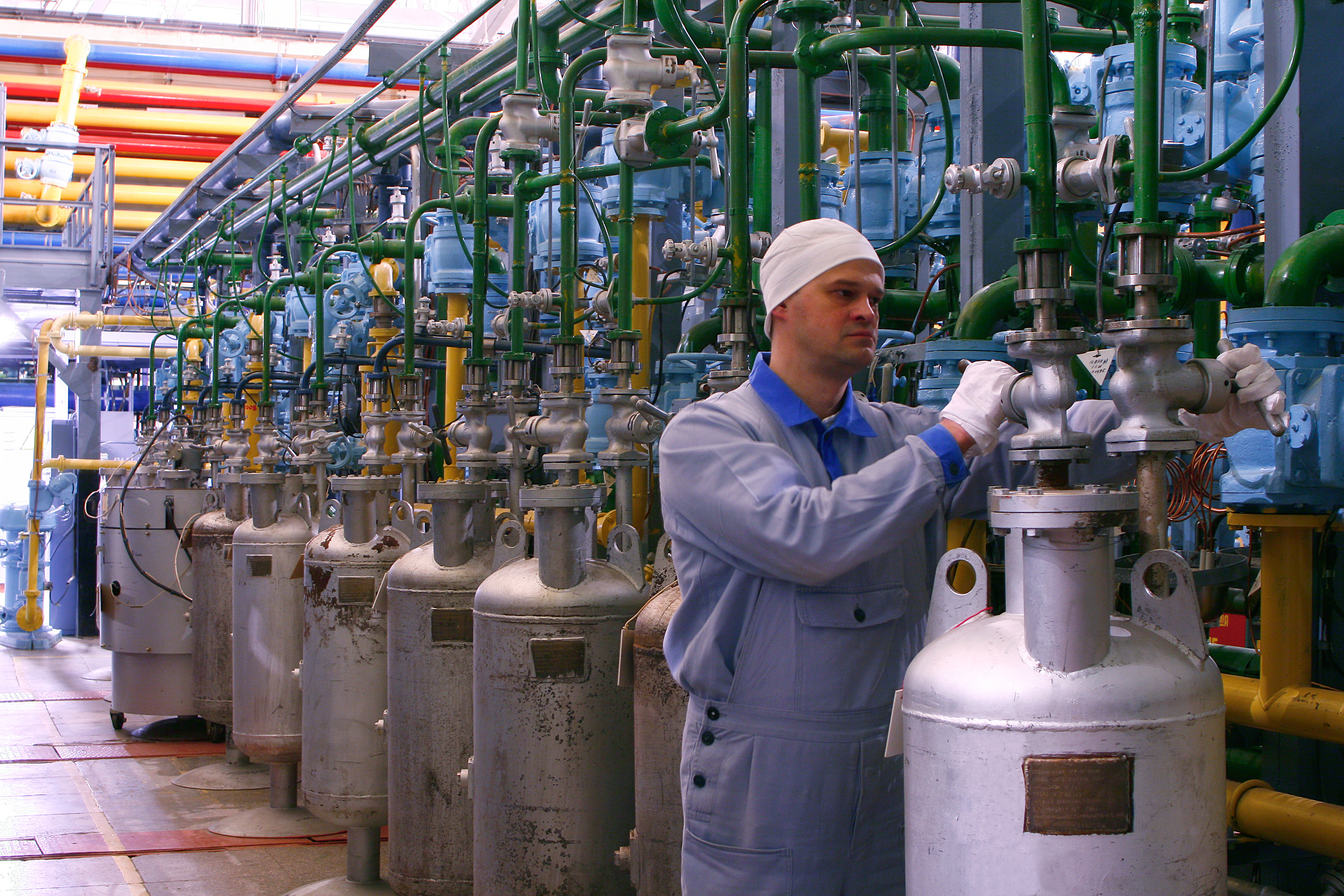 In 1989, the plant ceased the production of weapons-grade uranium. Six years later, it started to process highly enriched uranium into reactor fuel under the HEU-LEU program.

Meanwhile, the centrifugation technology and equipment kept improving. In 1997, UEP commissioned the first ever process unit equipped with seventh-generation gas centrifuges. In 2013, the plant began commercial operation of the industry’s first process unit featuring a seven-tier layout and ninth-generation centrifuges.

At present, Rosatom is a global leader in uranium enrichment, holding 36 % of the market.

Enrichment is, however, not the only UEP business. The company has established two subsidiaries, Ecoalliance and Centrotech. The former manufactures automotive catalysts, and the latter produces 3D printers, additive manufacturing powders, and energy storage systems (batteries).

The production of catalysts started back in 1994. At Ecoalliance, engineers define the size of catalyst bricks, develop optimal formulas for catalyst slurries, do the coating of the bricks, and insert them into the catalytic converter to test their performance. The company accounts for 30 % of Russia’s automotive catalyst market.

The battery production at UEP began in 1999. At present, Centrotech manufactures energy storage systems based on lithium-ion batteries for industrial and logistic machinery (forklifts, logistic robots, mining machinery, and airport equipment), electricity consumers using energy storage systems as a reserve power source, and urban electric transport (electric buses and trolleybuses with off-wire capabilities). The company has modernized the in-house logistic transport at UEP and now provides both standard and tailored services to customers outside the Rosatom Group. 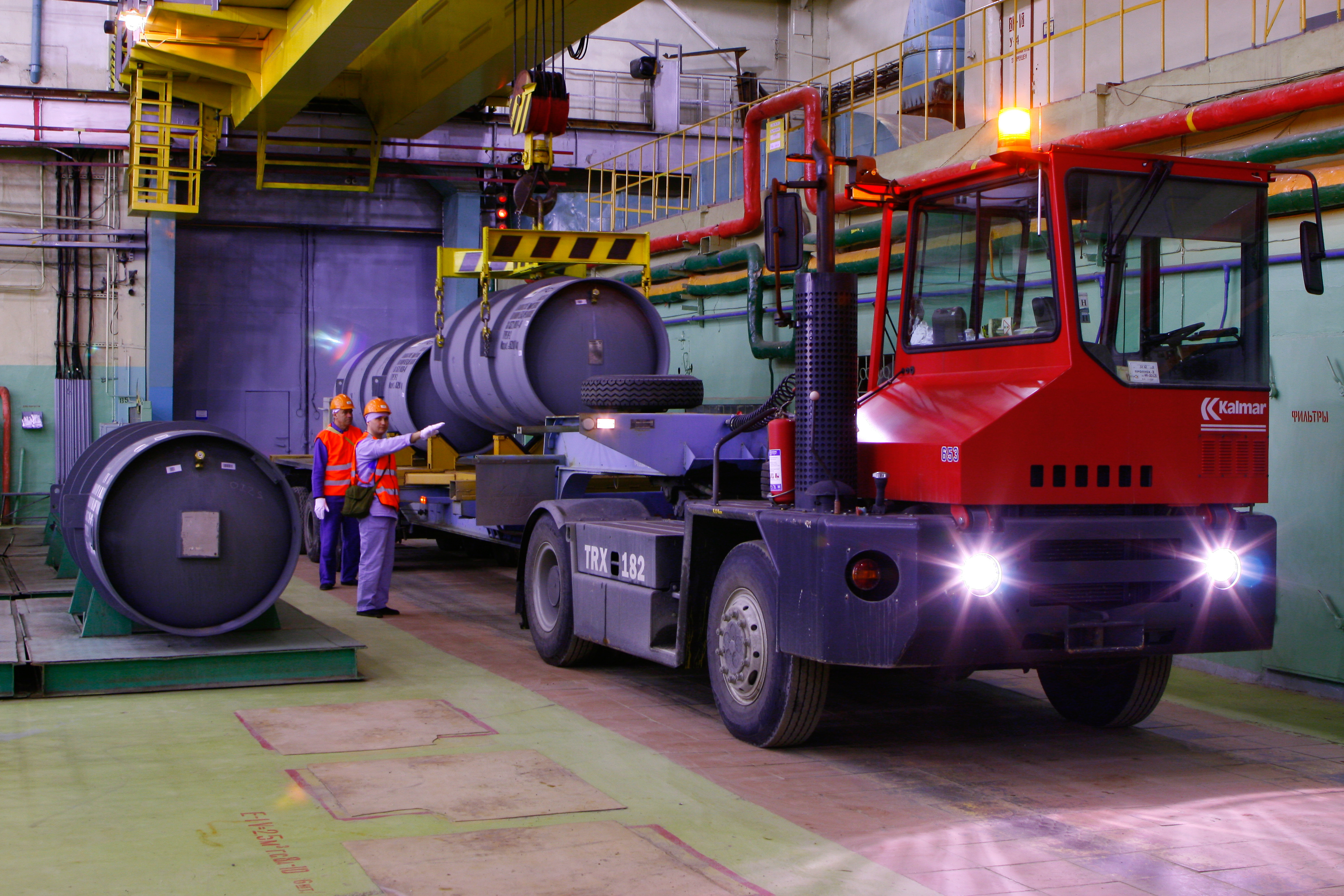 Besides, Centrotech is one of Rosatom’s development centers for additive manufacturing technology and a leading domestic producer of powders for 3D printing. This May, the company began to manufacture two multi-beam 3D printers designed by Rosatom. Once completed, the devices are expected to be installed at Rosatom’s Additive Manufacturing Center in Moscow. Their powder recovery system helps reduce the printing costs by separating two powders by particle size during the printing process and returning the recovered powder back into the printing module.

Gaseous uranium hexafluoride is supplied to a rapidly rotating centrifuge. Atomic mass differences make the isotopes travel along different trajectories. The heavier uranium‑238 concentrates at the rotor walls, while the lighter uranium‑235 at the axle. The waste uranium‑238 is removed through special tubes, while the product enriched in uranium‑238 goes to the next centrifuge. Since the separation efficiency of a single centrifuge is rather low, tens of thousands of centrifuges are joined into cascades.

In Russia, centrifuges are manufactured at Kovrov Mechanical Plant and Centrotech, both owned by Rosatom’s TVEL Fuel Company.