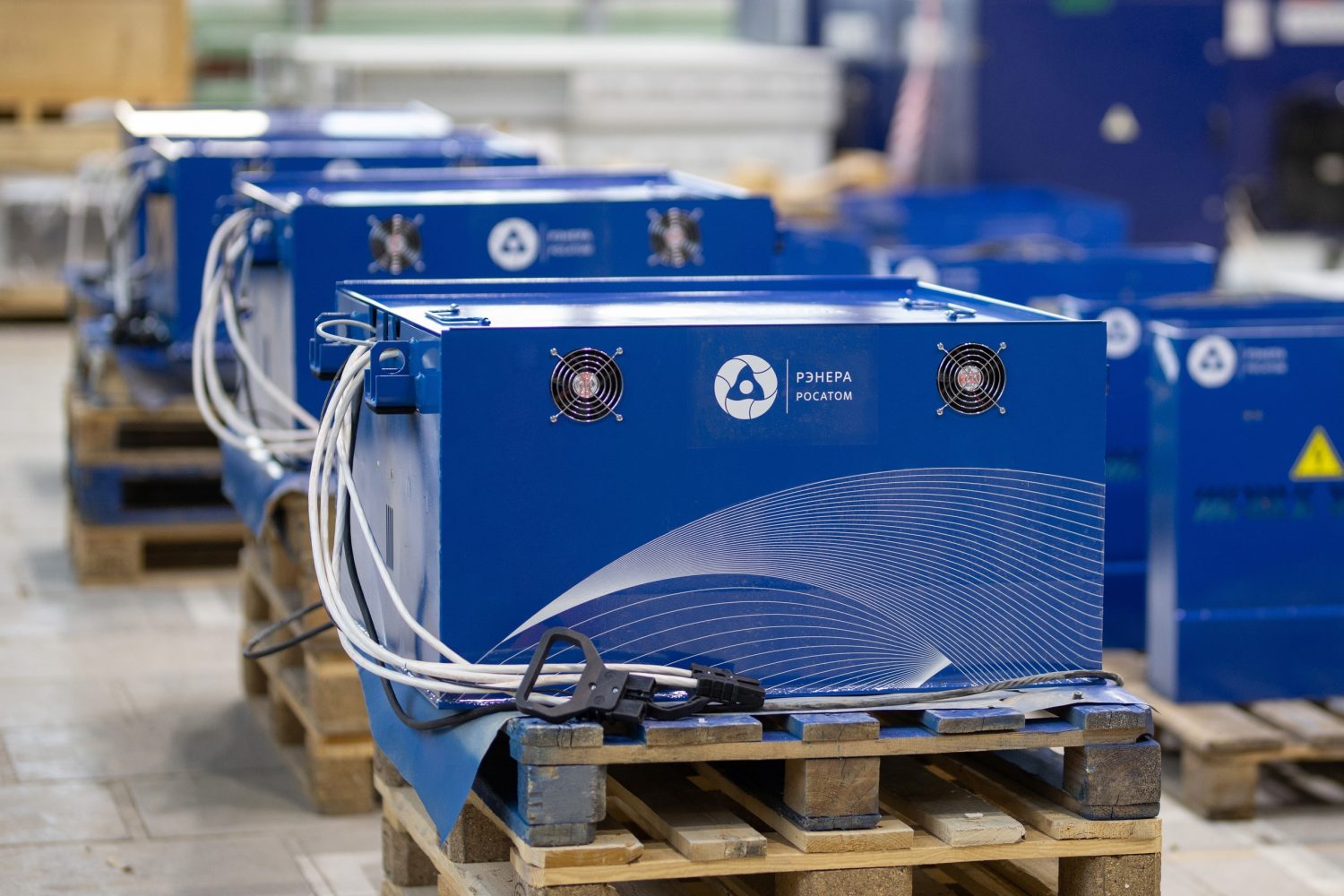 TVEL (part of Rosatom) is expanding its presence in two segments of the lithium-ion market. In March, Angarsk Electrolysis Chemical Plant piloted a lithium hydroxide unit, while RENERA closed the deal to buy a 49% stake in Enertech International, a South Korean manufacturer of electrodes, Li-ion cells and energy storage systems.

During the pilot operation phase, the unit will be tested in different modes to confirm process parameters and obtain product samples. Based on the results obtained, AECP will develop larger-scale production solutions for a manufacturing facility that will be launched in 2024.

The new production process will generate zero waste and consume less energy, thus contributing to the UN Sustainable Development Goal Responsible Consumption and Production. By contrast, the conventional technology, which provides for lithium feedstock to be treated with calcium hydroxide, yields nearly one metric ton of waste (calcium carbonate) per ton of product, with some portion of lithium also going to waste. AECP uses an improved technology that needs lithium and water only.

The product will be mostly exported with sales to begin later this year. Cell manufacturers will be key buyers of lithium hydroxide. “Lithium hydroxide produced at AECP will strengthen TVEL’s position in the global lithium market, which is expected to demonstrate a double-digit growth in the coming decade,” says Mikhail Metelkin, Director of TVEL’s Special Chemistry business unit.

Cells for the future

TVEL already assembles energy storage systems at its production facility TsentroTech in Novouralsk. Components for these systems – Li-ion cells – are imported. The deal between RENERA (TVEL’s subsidiary and an integrator for energy storage technologies) and Enertech aims to build a plant and set up production of Li-ion cells in Russia by 2024. Its initial capacity will be 0.6 GWh per annum and is planned to reach 2 GWh per annum by 2030.

Battery cells are different in their form. Most often, they are cylindrical just like ordinary AA batteries or, much more seldom, prismatic and enclosed in a rigid plastic or aluminum casing. Another form is a pouch cell, which is a thin flat prism enclosed in a soft aluminum casing. The casing contains electrolyte, cathode and anode sheets, and a separator between them. In order to make a large storage system, cells are connected together in series or in parallel to form modules. The modules are then placed in a casing and connected to controllers and temperature sensors. The process ends with installation of battery management software (BMS) – now an energy storage system is ready for operation.

It takes years to develop a production technology and begin mass production of lithium-ion battery cells, TVEL explains. Since the market grows very fast, buying a company that already possesses the required technology is a more lucrative option.

RENERA plans to sell battery cells and cell modules, as well as complete energy storage systems. The company sees its task in ensuring that the last two products account for most of new orders in its portfolio. The products will be sold both domestically, including inside Rosatom, and internationally.

Enertech with its established customer base will help RENERA enter external markets. “Joining efforts with a technology partner is a strategic step for the development of Rosatom’s business in the energy storage segment. This will increase our production capacity, considerably improve our competencies and technologies in Li-ion batteries, and open access to international markets,” Natalia Nikipelova assured.

“Having acquired a share in Enertech, we will establish an end-to-end supply chain – from Li-ion cells to complete energy storage systems – in Russia and enter global markets with world-class products. I am sure that the plant will become a development driver for the domestic production of electric vehicles,” says RENERA CEO Emin Askerov.

The global energy storage market is very promising and expected to grow at the fastest pace. According to Bloomberg, installed capacity for the production of energy storage systems amounted to 540 GWh in 2020. The forecast for 2025 is 2 TWh. In 2020, demand was estimated at 126 GWh (Bloomberg data). It might reach 682.7 GWh by 2025 and 2 TWh by 2030.

The amount of electric energy accumulated and then released by an energy storage system is measured in Watt-hours (Wh) and derived units. The system’s storage capacity is measured in ampere-hours (Ah) – this is the strength of the charging current that a battery can absorb or release at a given voltage over a certain period of time. Capacity is converted to electric energy with the following formula: E = U·Q, where E is energy (Wh), U is voltage (V), and Q is electricity charge (Ah).