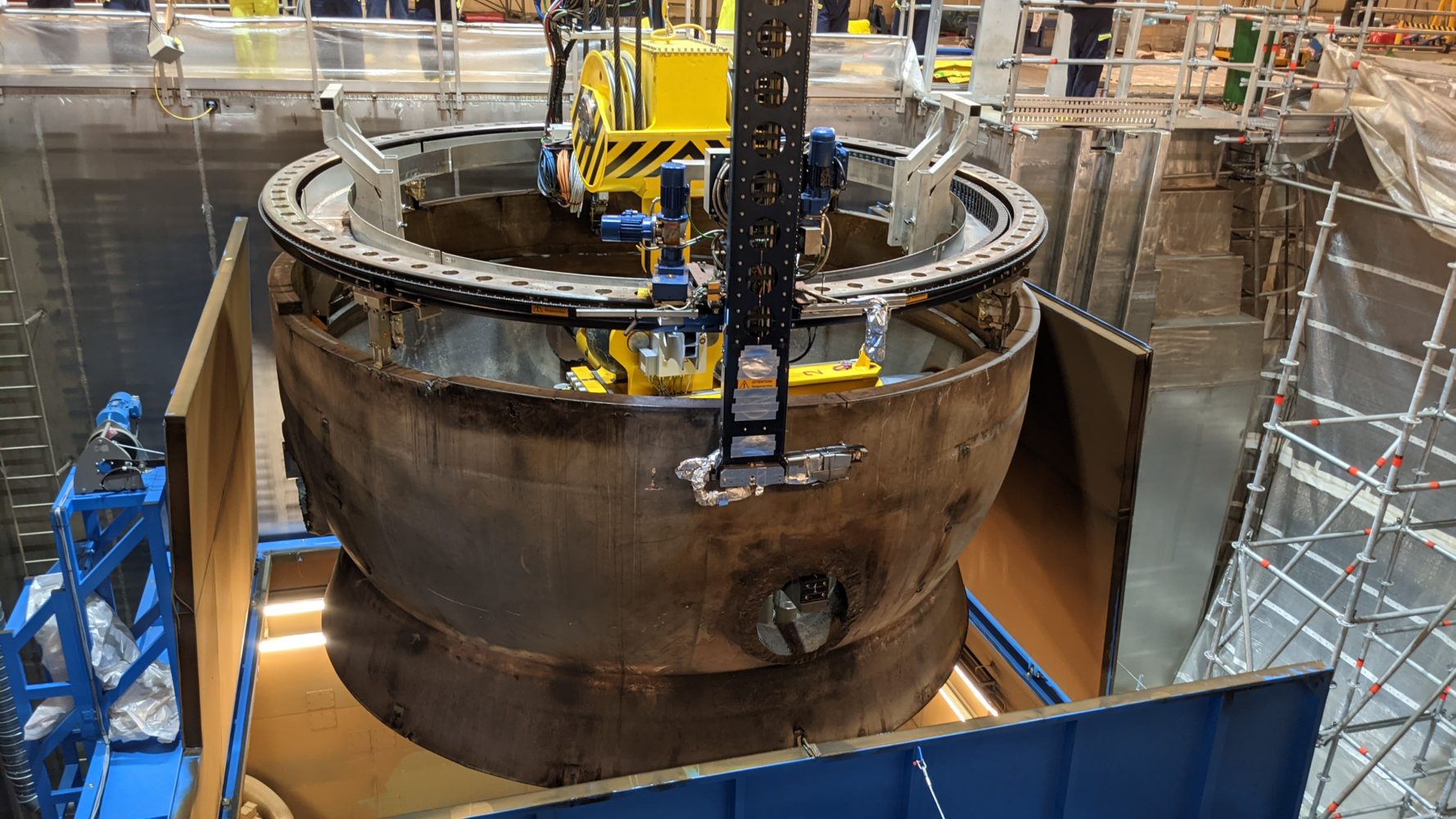 Shaking hands to dispose of waste

One of them was signed with the French D&S Groupe. Established in 2004, the group comprises seven companies providing nuclear risk management services. The parties agreed to work jointly on the development of relevant technologies.

Another agreement was signed between TVEL and ROBATEL Industries, also from France. It is a large group of mechanical engineering companies founded in 1830. At present, its core activities comprise design and manufacturing of radioactive waste containers and other special equipment for the nuclear industry. The agreement between TVEL and ROBATEL provides for joint participation in international projects and different service options for potential customers.

“TVEL Fuel Company partners with European companies to better establish itself in the international market,” Vadim Sukhikh, Chairman of NUKEM Supervisory Board and Director for Decommissioning at TVEL, explains.

The consortium of NUKEM Technologies (TVEL’s engineering subsidiary in Germany) and Fortum’s Uniper Anlagenservice completed the dismantling and removal of the reactor pressure vessel from the reactor pit at Barsebäck-1 NPP in Sweden.

In 2019, the two companies acting in a consortium won a contract to dismantle two RPVs at Barsebäck and two more at the Oskarshamn nuclear power plants. The work on the first reactor unit helped refine and improve the technology and operations to make them as cost efficient and safe as possible. The experience gained at Barsebäck will be employed at the second power unit of the same plant and at the Oskarshamn NPP.

The first RPV was dismantled by using the so-called thermal cutting technique, which had been used at German nuclear stations. The vessel was first segmented in 13 rings between 0.9 and 1.8 meters high and a bottom. Then the rings and the bottom were removed from the reactor pit to the post-segmentation area to be cut into smaller pieces that would fit better into packaging containers. In total, 430 tons of equipment was dismantled. The operation took 13 months.

All the four reactors are expected to be dismantled by 2024.

“The RPV dismantling operations in Sweden were our first and, more importantly, successful case of decommissioning commercial boiling water reactors. We are looking forward to proceeding with other reactors. Our case demonstrates to the global community that decommissioning stops being a problem and turns into a routine, cost-efficient process,” Vadim Sukhikh pointed out.

“Decommissioning refers to the administrative and technical actions taken to remove all or some of the regulatory controls from an authorized facility so the facility and its site can be reused. Decommissioning includes activities such as planning, physical and radiological characterization, facility and site decontamination, dismantling, and materials management. Decommissioning is a normal part of a nuclear facility’s lifetime and needs to be considered at the earliest stages of its development,” the IAEA website says.