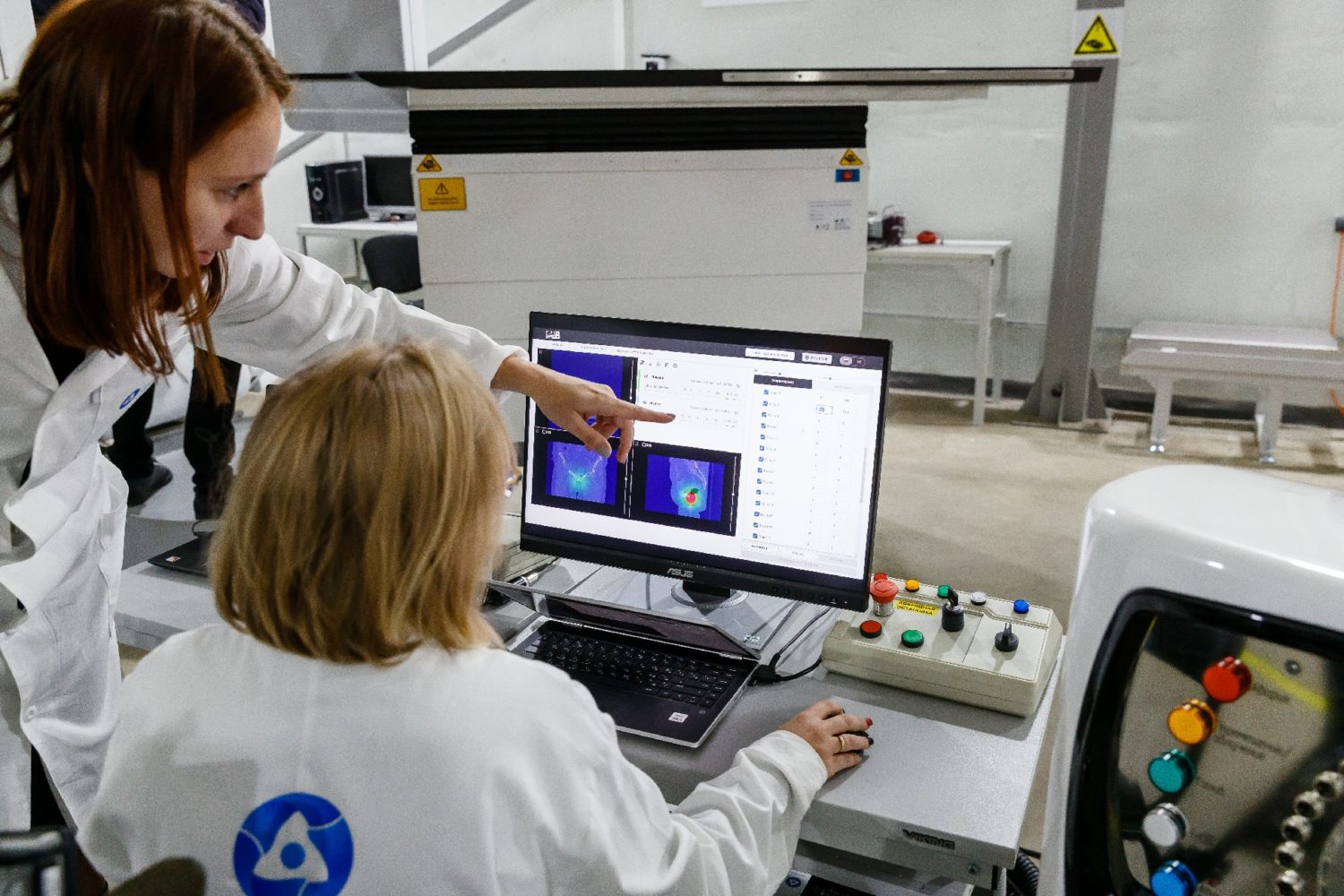 Rosatom’s research division plays a special role within the Russian nuclear corporation. Research lays foundation for the improvement of existing goods and development of new hi-tech products and services offered by Rosatom in the nuclear technology and power segments. You can find more about its key areas of research in this article.

Rosatom’s research division brings together ten research and development institutes and centers. The division is managed by the Science and Innovation JSC and also comprises the ITER Center responsible for the obligations undertaken by Russia as part of the ITER project. Its R&D activities are mostly structured around ten main areas — ​this makes it easier to consolidate efforts and funds and excludes duplication and conflicts of intellectual property rights.

The first area of research comprises Proryv (Breakthrough) Project, fast-neutron reactors, and closed nuclear fuel cycle initiatives. Earlier this year, researchers conducted bench experiments to verify and validate the estimated design specifications, safety cases, computer codes, performance and life of the equipment. At the next stage, R&D activities will be carried out in the pilot demonstration energy complex (PDEC), which is now constructed in Russia. They will be focused on obtaining reactor performance parameters, demonstrating the possibility of closing the nuclear fuel cycle, fuel recycling, lead coolant experiments, etc. 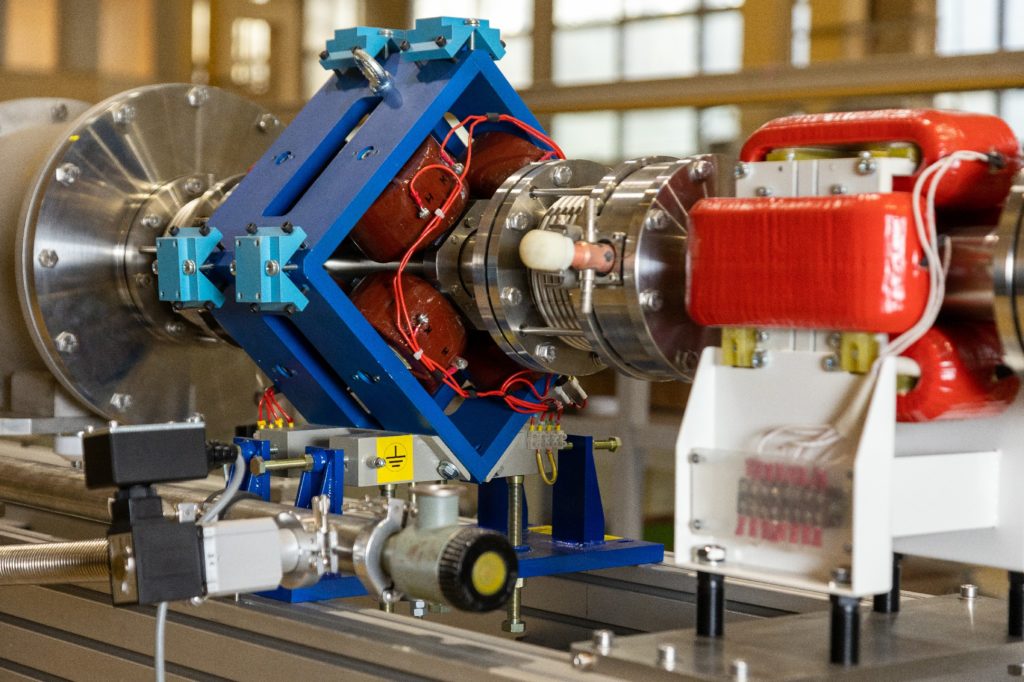 The third area is spent nuclear fuel reprocessing and multiple recycling of nuclear materials. Research in this area aims to maximize the use of energy potential of fissile materials and minimize the amount and activity of radioactive waste. Researchers have demonstrated that it is possible in principle to use uranium-­plutonium REMIX fuel in thermal neutron reactors repeatedly (up to 7 times). A molten salt reactor is being designed to dispose of minor actinides. R&D activities will last until at least 2024. The results obtained will be used to build a pilot molten salt nuclear facility. For now, minor actinides are burnt up in BN‑800, a commercial fast neutron reactor. Researchers also develop methods for spent nuclear fuel partitioning, high-level radioactive waste solidification with mineral-like matrices, and the so-called Iron PUREX, a method of using fuel claddings as matrices.

The fourth area is hydrogen economy. It centers on the development of a high-temperature gas-cooled reactor that can be used to produce hydrogen on a commercial scale. Other research programs in this area provide for the creation of hydrogen storage, transportation and application solutions.

The fifth area encompasses research into laser technology. A multi-­functional mobile laser unit capable of generating a 100‑meter beam is about to be put into commercial operation. It can cut steel and concrete structures up to 20 cm thick, including under water. The work is also underway to create detectors capable of locating explosives of different compositions, including behind barriers and at a distance of up to 6 meters. Researchers are working to create a pilot version of a fully-­fledged inspection system.

The sixth area covers nuclear fusion and plasma technologies. A lab prototype of a plasma propulsion engine is being developed and tested. It was found out that the well-studied mechanisms of ion acceleration and breakaway from magnetic field ensure high energy and propulsion performance of the engine. Pilot systems for pulsed neutron and corpuscular flux monitoring were developed, assembled and tested to improve diagnostics of high-temperature plasma and high-power fluxes and radiation. Researchers are also working to improve tokamak performance parameters and develop a continuous magnetron discharge sputtering technique for the deposition of chromium coatings on fuel claddings.

The seventh area comprises new materials and technologies. A new material for the VVER-S RPV shells and welds has been developed and qualified. Researchers also develop methods and techniques for the production of uranium silicide accident tolerant fuel — ​they study pellet properties and conduct in-pile tests on fuel rod prototypes. Another project aims to develop a special alloy, which will be more resistant to hydrogen pickup, for the use in guide tubes of VVER and PWR fuel assemblies. 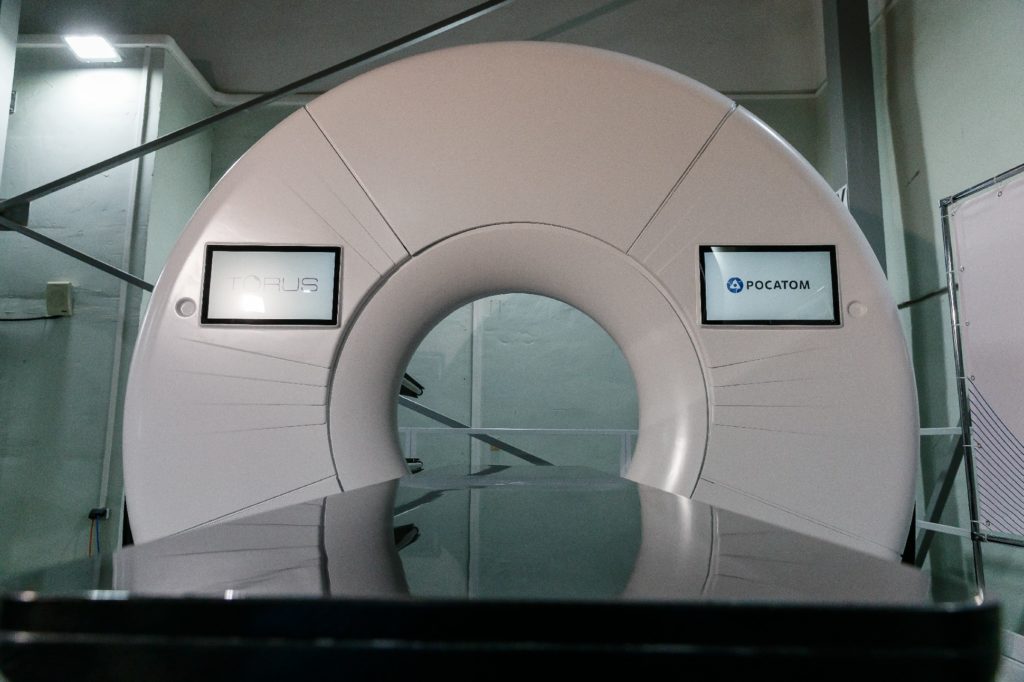 The eighth area includes research and development of small modular reactors (SMRs). Researchers are working on the validation of design solutions for RITM‑200 SMRs and RITM‑200‑based small nuclear power plants to improve their design performance. In particular, they have validated life extension for core systems and equipment and built prototypes to test a passive containment heat removal system, an emergency core cooling system, and others. Calculations are made for severe beyond-­design-basis accidents. New types of fuel are developed and validated for the Shelf-­M reactor to ensure deeper burnup and extend the fuel campaign to eight or more years.

The ninth area is superconductivity. Researchers developed and assembled a hybrid high-temperature superconductor (HTS) fault current limiter. Calculations were made and experiments conducted to demonstrate technical and economic feasibility of creating a superconducting grid power regulator. Bench tests were completed on a HTS conductor for power output systems. HTS conductors reduce the cost of construction or replacement of power output systems by 15 %.

The tenth area is nuclear medicine. Researchers are developing a toroidal external beam radiotherapy unit Torus. Its advantages include relatively small dimensions, low radiation protection requirements for the premises, an equalizing filter, a higher dose rate, and others. Another field of research comprises laser lithotripsy in urology. The work is ongoing to develop a new modification of a dual-line laser lithitriptor featuring a microsecond pulse duration.