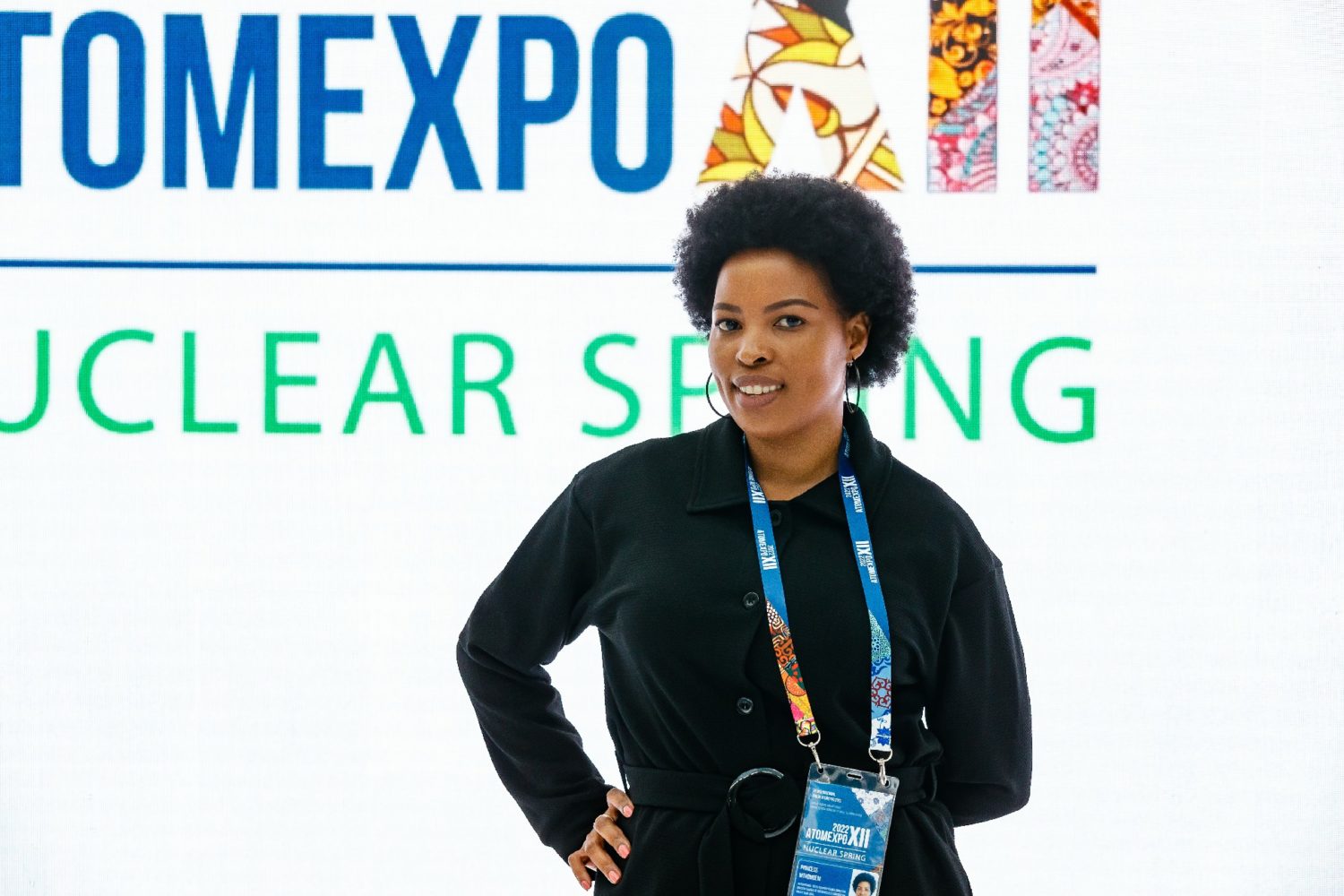 More and more African countries are expressing their interest in developing nuclear infrastructure programmes. Pro-atom activist, founder of Africa4Nuclear Princess Mthombeni talks about benefits of nuclear energy for the region, current challenges and the role of non-profit organizations in working with public perception of nuclear technologies.

Princess, first of all, please tell us about your career in the nuclear industry.

I joined the nuclear industry 13 years ago when I had absolutely no clue about it. So, after working and being informed about the nuclear industry and many different applications and, most importantly, what nuclear technology can do to change or to impact positively the economy in my country, then I became more curios and decided to learn even more about this technology. Therefore, I started equipping myself and improving my knowledge so that I fully understand the subject until I became comfortable to talk about it in the public. I also joined such organizations as Women in Nuclear South Africa, and African Young Generation in Nuclear — ​they both promote peaceful uses of nuclear for the benefit of humankind. These organisations helped enhance my experience in the industry and provided the opportunity for me to meet more people which later contributed in me becoming a fully empowered nuclear advocate.

Which non-profit organizations of the nuclear industry do currently work in South Africa? 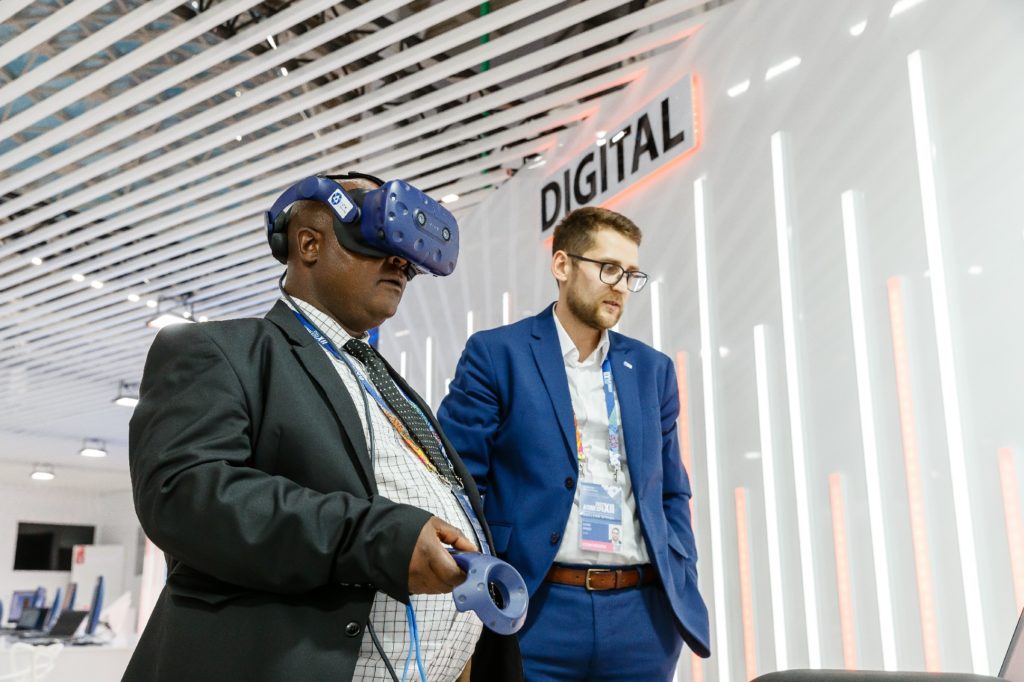 Do you think the nuclear industry is attractive to women in South Africa?

The nuclear industry in South Africa is attractive to women because we have a leadership that is really for women and that cares about issues of gender parity. Taking into consideration where we come from as a country, we have been able to achieve 50–50 in the Parliament. Members of the South African Parliament are 50 % women and 50 % men. Therefore, if the leadership is decisive then it becomes easy for those in the below level to also be able to address these issues as the leaders has already led by example. In my organization there are also 50 % women and 50 % men in the executive committee. We also have two women in the nuclear industry in South Africa who are chief executive officers: the Chief Executive Officer of the National Nuclear Regulator (NNR) Ditebogo Kgomo and CEO of the National Radioactive Waste Disposal Institute Dr. Margaret Mkhosi. So, I am happy with the achievement and the progress that we have made as South Africans. But with regards to the other parts of the world, it is still difficult.

How do you assess Rosatom’s efforts to achieve gender neutrality?

We need the Director General to make a firm decision on saying in everything that Rosatom does, they need to make sure that the 50–50 ratio is achieved. That would be the same strategy that the current Director General of the International Atomic Energy Agency is implementing. His target by 2025 is that the IAEA should have 50 % women and 50 % men. So, I think that strategy can be copied by Rosatom as well. They need to say in all the panels for all the events, organizers need to make sure that there is 50 % women and 50 % men in the panel. Earlier on I attended a panel of only men, and there were both women and men in attendance. But in a panel of women only, there were only women in the room and just a couple of men. It’s clear that men listen to other men only while women are happy to listen to women and men. Therefore, it will be difficult to achieve gender equality if women and men cannot even sit together in one room and speak about these issues. 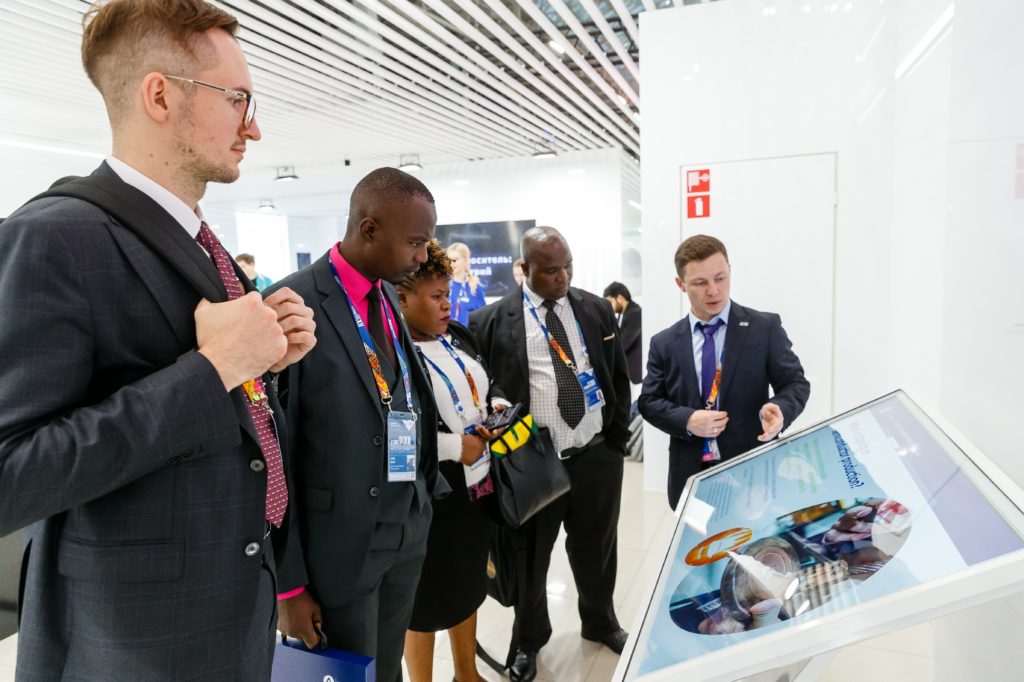 Can you tell us more about the goals of Africa4Nuclear?

The vision is to play a role in bringing nuclear programs in Africa. Also, I wish to see a finally developed African continent because we have been referred to as “developing nations” for a very long time. Honestly, I don’t think anyone has to own this title permanently. So, I want to see Africa moving from being underdeveloped to being developed. However, in order for that to be achieved, we need to start addressing the issue of energy poverty because energy is the foundation stone of any modern industrial economy. Therefore, by addressing energy poverty and by bringing nuclear power programs or nuclear power plants on the African continent, we will be able to address that. And once that is addressed, there will be more people having interest in investing in your country. Truly speaking, no one would want to invest in a country where there is no guarantee of electricity supply. So that’s what I want to achieve with Africa4Nuclear. Our mission is to see Africa implementing more nuclear programs so that we are able to address issues of energy poverty which will result to having many people being lifted out of poverty.

Please also tell us more about the work of Impact Team 2050?

The Impact Team is a union of young people from eleven different countries. I’m happy to have met them — ​they are hard workers. And we are the advisory council to the Director General of Rosatom focusing on how to address the issues of youth education and awareness of the nuclear industry including other issues such as gender inequality and youth empowerment. The work of the Impact Team focuses more on youth education on Sustainable Development Goals and nuclear applications in our own countries where we all come from.

As part of the Global Impact Conference 2022, held on December 1 in Nizhny Novgorod, Members of Impact Team 2050 presented a report on the development of the future education. In the report “Education X: Catalyst for the Future”, the Impact Team presented their vision of the future of nuclear education as an important factor in the global transition to clean energy. The report includes an overview of modern education models in different regions of the world, an analysis and assessment of changes in the preferences of young people in the global media environment as well as recommendations for improving the model of nuclear education in accordance with the request of the younger generation.

In November you attended the COP27 Climate Summit in Egypt. For the first time in the convention’s history, the conference center featured a separate pavilion for nuclear energy. You have moderated the Rosatom-­organised side event “Nuclear energy contribution to the prosperity of Africa.” What were the main points of the discussion?

This summer the European Parliament voted for nuclear and gas to be part of Green taxonomy. However, this is not the case will all countries. For instance, in South Africa nuclear is still not part of the taxonomy. So as nuclear advocates, we continue to convince leaders by calling for nuclear to be part of the net zero carbon emission strategy by 2050. During the event at COP‑27 we discussed that African countries should learn from the experience of developed countries using nuclear energy to facilitate an efficient green transition and solve energy security issues. We also talked about the challenges that prevent these solutions from being implemented. In total, about 90 nuclear advocates under the umbrella of Nuclear4Climate took part in these discussions. That’s what the Rosatom event also addressed where the panel was clear that nuclear should form part of energy mix in order to address many socio-­economic challenges that this continent is facing.

Princess Mthombeni is an award-­winning international communication specialist, founder of Africa4Nuclear and lifelong nuclear technology advocate, from South Africa. Her globally recognized work involves providing high-level strategic support to the government in leading, executing, and ensuring the success of nuclear communication strategies. With over 10 years of experience in the nuclear industry, Mthombeni has been a part of numerous high-profile events across the globe.