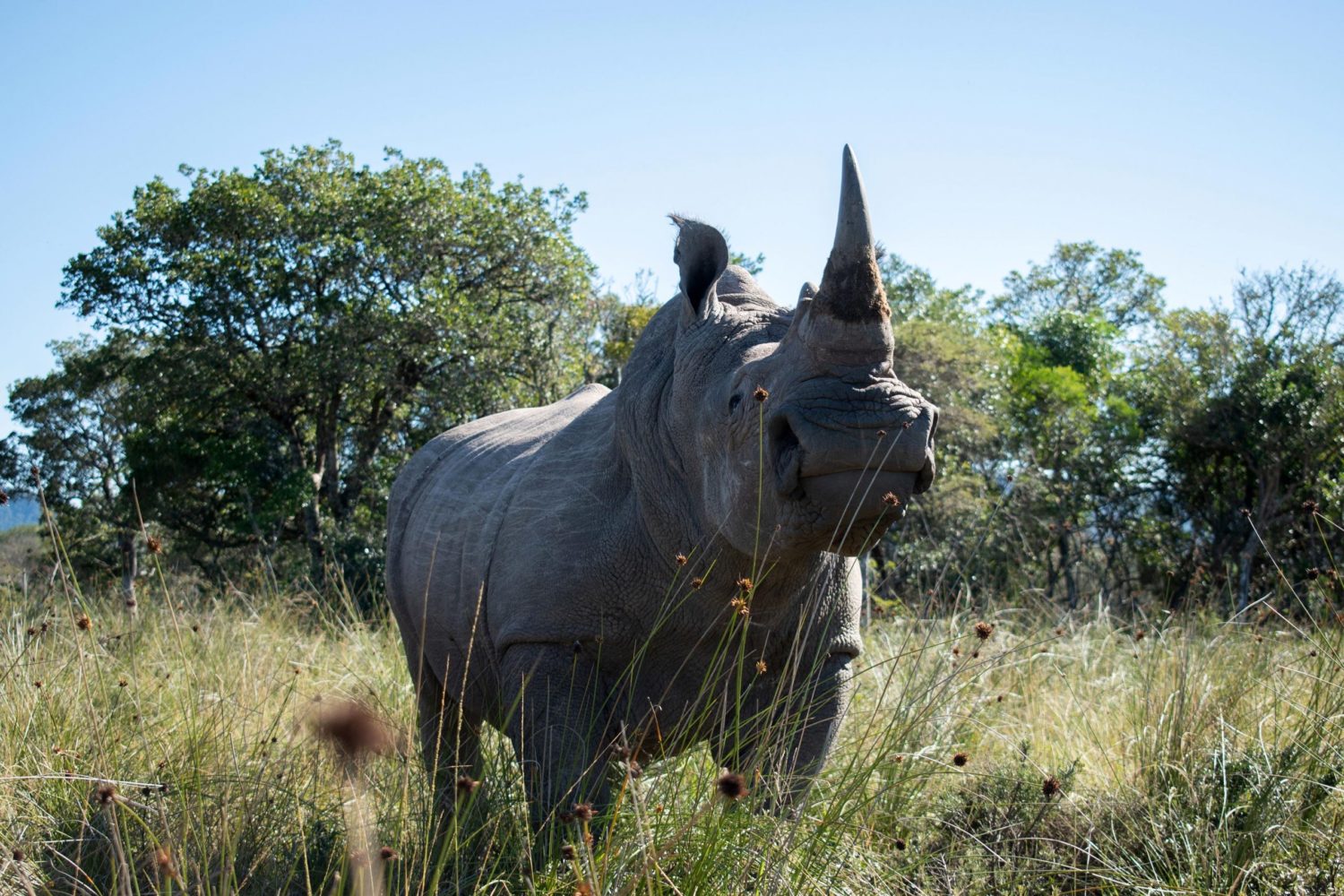 Rosatom carries on with its unprecedented Rhisotope project in partnership with leading international research organizations to fight the extinction of African rhinoceroses. Sergey Chuvaev, a chief specialist at the Science and Technology Center for Nuclear Physics Research (YAFI), IAEA expert and IEC expert, speaks about the contribution of Russian scientists and the current stage of the project.

Sergey, could please tell us about the Rhisotope project?

Coming from two English words, rhino and isotope, Rhisotope is an innovative project aimed at fighting rhino poaching. South Africa is home to 90 % of the global rhino population. Poaching led to the death of more than 9,500 rhinos over 2010–2019. The animals are killed for their extremely valuable horns. Weighing up to 2.5–3.0 kilograms, rhino horns are believed to be a mine of useful substances and widely used in traditional medicine. They are also considered a symbol of wealth and prosperity in some countries and often crafted into souvenirs.

Export of rhino horns is prohibited but still is a source of income for large criminal syndicates.

The key idea behind the Rhisotope project is to implant a radioactive isotope into the animal horn. The isotope cannot be seen by poachers but will be unmistakably spotted with radiation detectors at airports, sea ports, automobile and railroad checkpoints in case of attempted illegal trafficking. Radiation detectors are installed at tens of thousands of checkpoints across the globe, making the approach very effective.

Why was YAFI chosen as a partner for the project? How did you find out about the project?

The Rhisotope project is carried out in a global partnership between Rosatom and major international research centers, including the University of Witwatersrand (South Africa), Australia’s Nuclear Science and Technology Organization, Colorado State University (USA), Tomsk Polytechnic University and YAFI (both Russia). YAFI is a leading Russian research and development center for radiation detection and monitoring. Thanks to its organizational flexibility and engineering competencies, it boasts extremely short lead times even for the most challenging ideas.

The offer I received to take part in the project is likely to stem from many years of my involvement in different programs of the International Atomic Energy Agency (IAEA). I thought it would be interesting and prestigious to take part in such an exceptional project, especially as it is of professional interest for me as a physicist and, if successful, it will surely contribute much to saving the unique wildlife of our planet.

What results had been achieved by the time your group started working on the project?

Before YAFI joined the project, Rhisotope had completed its first implementation stage.

During that stage, researchers sought to prove that the isotope implanted into the horn would not migrate to the animal’s body. With this in mind, they implanted trace amounts of harmless stable isotopes into the horns of two rhinos living in one of South African nature reserves. The animals were transferred to an isolated location, and rangers took samples of their blood and manure on a daily basis. The purpose was to analyze the ratio of С‑13/С‑12 and N‑15/N‑14 in the rhinos’ bodies. It was demonstrated that the isotope does not migrate from the horn to other parts of the body.

What is the task of YAFI in the project?

Our task is two-fold and consists in:

The unconditional requirement is safety for the animals and personnel involved in the project.

Which criteria should the isotope meet? What properties should it have from the perspective of biologists (veterinary surgeons)?

The primary goal was to find a suitable isotope and choose an optimal implantation technique. The following requirements had to be factored in when choosing an isotope:

We performed a multi-­factor analysis and recommended using cobalt‑60. Two options exist for the radionuclide carrier: it can be either a stainless-­steel cap containing a radioactive source or a properly shaped piece of natural metallic cobalt irradiated in a channel-type reactor to the required degree of radioactivity.

Apart from choosing an isotope, it was necessary to develop a method for implanting it into the animal horn. What methods were considered?

First, researchers considered making a tapered metallic piece (let us call it a ‘nail’) and inserting it into the horn with a pneumatic nailer. The second option under consideration was making a special fixture to place the isotope into the hole drilled in the horn and sealing it with a compound.

We suggested several possible options for the isotope and methods of placing it into the animal horn. The final solution will be chosen, as it seems to me, in situ to take into account all site-specific conditions.

The Science and Technology Center for Nuclear Physics Research (YAFI) was established in 1995 through reorganization of the gamma and neutron radiation detection laboratory of Khlopin Radium Institute (part of Rosatom). YAFI is a leader in the development and production of cutting-edge professional equipment for radiation control.

The products and services offered by YAFI span the entire range of radiation control needs and related equipment.

How safe is the procedure for the animal itself and the personnel?

Safety is a cornerstone of the project. In our survey, we analyzed all the locations in which the personnel can be potentially exposed to radiation from radioactive sources and made clear recommendations regarding the organization of each stage of the work.

Much attention is paid to the safety of the animal whose horn will carry the radioactive isotope. This was the second step of our work in the project. We performed a stage-by-stage computer simulation of the equivalent dose rate that would be produced by the gamma source in the horn on different tissues of the rhino. The simulation was performed on the animal head because it is located most closely to the source and exposed to the maximum amount of gamma radiation.

Could you please make a short summary of the work done?

The key results can be summarized as follows:

Rosatom is proud to play a key role in this amazing initiative that will help save these incredible animals, rhinos, from certain extinction.

On the whole, I believe that the Rhisotope project is just the start of what could be a whole new movement towards saving various endangered species through the use of science. In my opinion, as the project continues to develop, we are getting a wider understanding of the innovative applications of nuclear technologies and applications for nuclear isotopes. For example, isotopes could be injected into elephant tusks or into the horns or scales of other endangered fauna as well as potentially rare flora.

This project certainly expands the horizons of radiation technologies. Rhisotope shows that the nuclear industry not only helps people, but also plays a fundamental role in protecting nature and the environment.