Akkuyu: One and Only 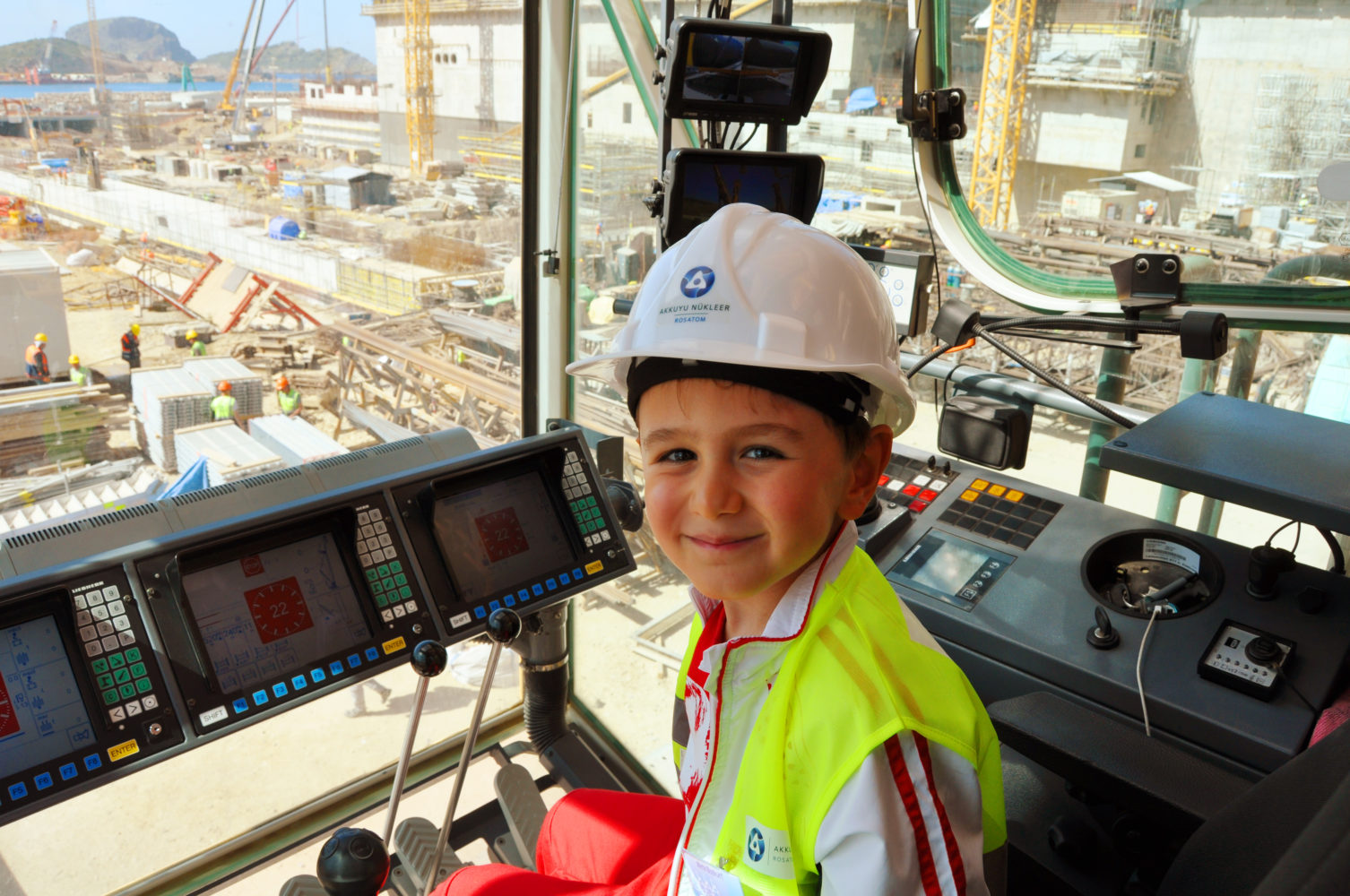 Akkuyu: One and Only

With construction running full speed at the Akkuyu NPP, workers finished building a section of the integrated drainage system. On the National Sovereignty and Children’s Day, Akkuyu welcomed unusual guests as children of the project employees visited the site.

The under-­construction Akkuyu NPP is a complex facility that needs, among other things, an integrated drainage system. It is an important element of the coastal hydraulic structures. In late April, workers connected a discharge channel and a siphon well — ​the two structures enable the discharge of sea and desalinated water from the cooling systems of the nuclear power plant.

The 950‑meter channel is built along the coastal line. It consists of 34 sections connected through special joints that make the entire channel structure resistant to external impacts, such as temperature fluctuations, seismic vibrations and soil settlement.

The siphon well mixes water flows coming from the condenser and cooling systems of the plant and levels out their temperature differences before discharging water into the discharge channel.

The coastal hydraulic structures are designed to cool the core equipment of the Akkuyu nuclear power plant with sea water. As part of these structures, workers will build a water intake facility consisting of 9 concrete inlet channels and a forebay with a total throughput capacity of 334 cu m/sec. After being used in the plant’s cooling systems, water will be returned into the sea via ten sectional fiberglass pipelines. 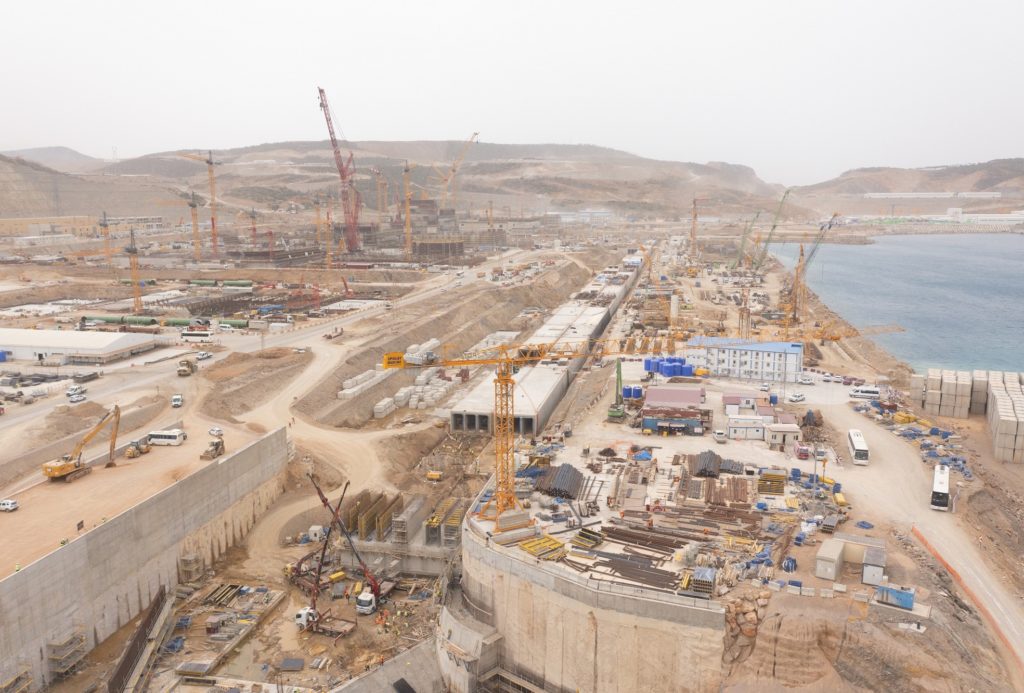 “The coastal hydraulic structures of the Akkuyu NPP form an unparalleled group of engineering facilities designed by Turkish and Russian engineers. Construction of the onshore facilities is a key stage in preparing the Akkuyu NPP for commissioning. They will supply the plant with water to cool its thermal and mechanical equipment. It should be noted that seawater is not used for direct cooling of the reactor. Seawater enters the turbine condensers to cool steam in the secondary circuit without exposure to radiation. We appreciate the work of our builders who have completed another important stage in the establishment of the future nuclear power plant’s water discharge system. Many thanks for their professionalism and excellent work!” AKKUYU NUCLEAR CEO Anastasia Zoteeva said.

Before the erection of coastal structures began, workers had done much preparatory work on site and along the coast. First, they stabilized soils and proceeded with building siphon wells and discharge channels. The construction of tunnels and pipelines will follow.

The siphon wells and discharge channels are built simultaneously at the first and second units of the Akkuyu NPP, with 700 engineers and other employees working continuously in shifts.

The Akkuyu nuclear power plant is in the national spotlight. The site is regularly visited by delegations of top-rank government officials. But on the National Sovereignty and Children’s Day celebrated in Turkey on April 23, guests were rather unusual — ​Akkuyu welcomed children of the project employees.

“Every child is curious to learn about the place where their mom and dad work, especially if that place is a large and unique project. To satisfy our children’s curiosity, we opened the doors of the Akkuyu NPP for children to visit the most interesting places of our construction site. Children’s tours to the Akkuyu NPP site are a part of a broader career guidance initiative that began this January. Our engineers, builders, firefighters and other site employees give workshops and open classes, talk about the specifics of their work and help children choose a profession for their future,” Anastasia Zoteeva said.

After being briefed on safety and having received helmets and reflective vests, the children together with their parents and guides (Akkuyu project managers) went on a tour of the site. They visited the Eastern cargo terminal that receives vessels carrying equipment for the nuclear power plant from different countries. The children had a chance to take the operator’s seat of the world’s most powerful Liebherr LR 13000 crawler crane. The workers demonstrated how they operate construction machinery, such as dump trucks, excavators and fork lifters. The children also learned that roe deer, wild boars and mountain goats live very close to the site and that the sea is inhabited by seals and turtles. Animals are absolutely safe as hunting is banned in the area.

The guests also climbed the site’s highest point at 200 meters above the sea level. Everyone took pictures with a magnificent panorama of the huge construction site in the background.

“My dad works here. At home, he tells me a lot about the construction, but I could not even imagine how big it is. This is a whole city with roads, houses, and equipment,” says 10‑year-old Sine Karatash. 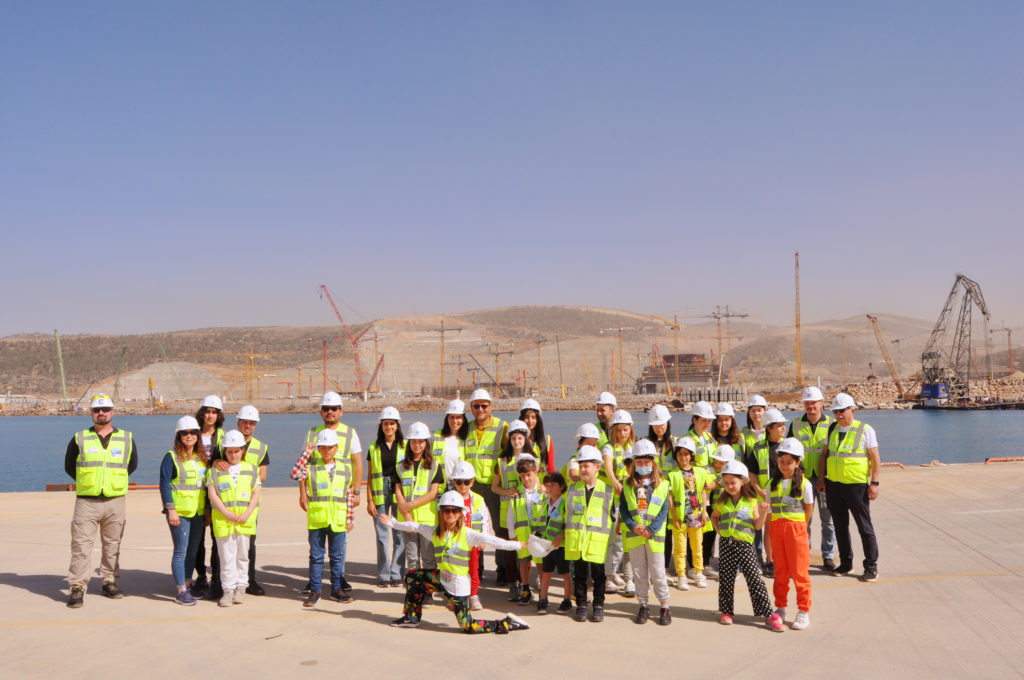 The children also had an opportunity to partake in a creative task. They were given paint sprayers and stencils and asked to paint a wall sharing their impressions about the visit. Sweet treats and souvenirs brought the tour to an end.

“It was not a coincidence that Mustafa Kemal Ataturk gave children one of the most important holidays of the Republic of Turkey, the National Sovereignty Day. He believed that there is nothing more important than children as they are going to build the future of our country. This is why there are so many festive events organized for children throughout Turkey on April 23. And today they are the main guests at our site, too!” says Sevil Kutlu, a turbine shop employee and a tour organizer.