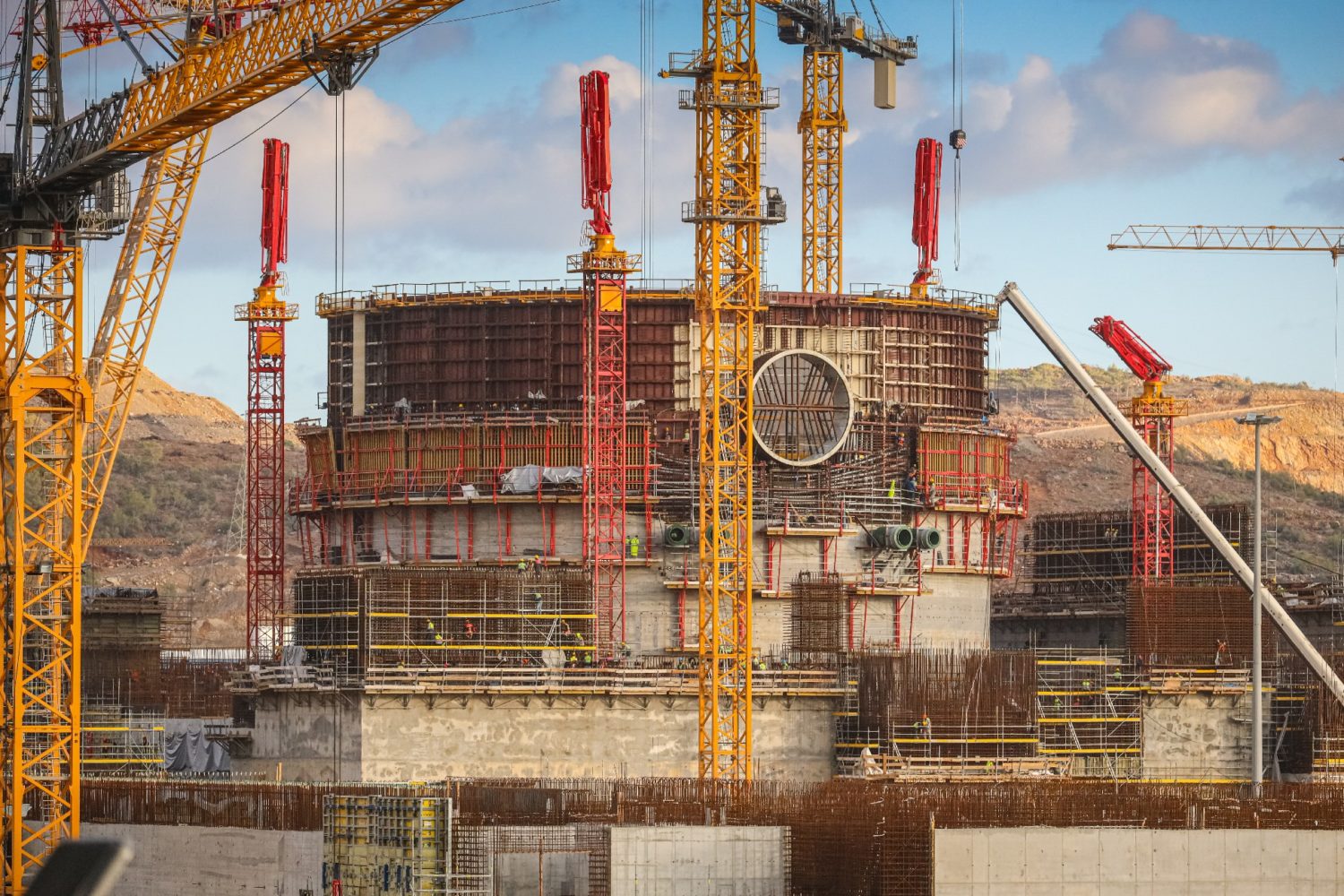 Each month is marked by a number of critical construction operations completed at the Akkuyu site. Building works run simultaneously at all the four units of the nuclear power plant. Most of them are done by Turkish workers and engineers recognized with prestigious industry awards for their professionalism.

Work started in late August to install equipment for an auxiliary boiler plant at the Akkuyu construction site. It will generate steam for the reactor units during the commissioning phase. All the operations are carried out by Turkish engineers and workers from Sintek Group, one of the largest contractors participating in the Akkuyu project. In total, 175 tons of steel structures are to be installed.

“Many auxiliary facilities are currently constructed in parallel on the site to ensure uninterrupted operation of the Akkuyu nuclear power plant. One of such facilities is a boiler plant. Its boilers are assembled for all the four power units at once. What makes these installation works special is that they are done by Turkish workers alone,” says Sergey Butskikh, First Deputy CEO at AKKUYU NUCLEAR and director of the under-­construction nuclear power plant.

Work is also underway to install a turbine condenser in the turbine island of Unit 1. The condenser consists of multiple parts and has been delivered disassembled. When assembled, it will be 25 meters long and weigh over 1,000 tons.

In the second half of August, a polar crane was mounted at the reactor building of Unit 1 to assist in the installation of the internal containment dome and other equipment and preparations for the flushing of reactor systems. The crane is installed at the height of 38.5 meters.

In late August, a workshop was put in operation at the construction site to produce air ducts — ​metal pipes — ​for ventilation systems. After achieving full capacity, the workshop will manufacture around 40,000 sq m of products. Their quality is subject to stringent requirements and assured in several steps. 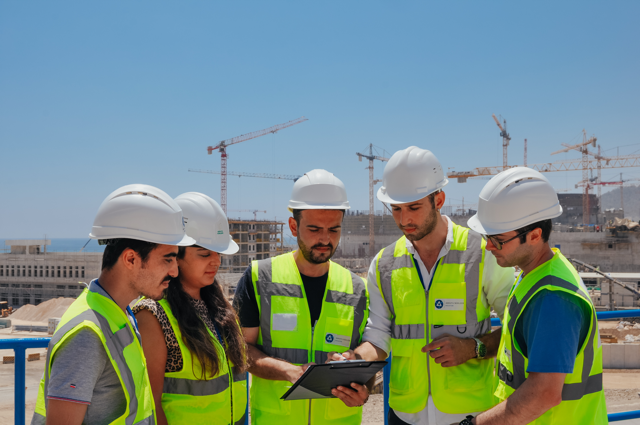 “We decided to build an air duct workshop at Akkuyu because we need to reduce the time of production and delivery of the products to the installation site. By now, production in the workshop has been launched in full,” Sergey Butskikh noted.

Country’s top officials keep track of the construction of Turkey’s first nuclear power plant. In August, Turkish President Recep Tayyip Erdogan visited Akkuyu. He inspected the site while the plant management told him about the progress in the construction.

Akkuyu was also one of the topics discussed by Vladimir Putin and Recep Tayyip Erdogan at their meeting in Sochi in early August. The Turkish president stressed that the Akkuyu NPP was of great importance for Turkey as the plant would satisfy 10 % of the total power demand in the country. He added that the plant construction fully met the project timeline.

The importance of the Akkuyu project for the country’s power industry and environment has been repeatedly pointed out by both Russian and Turkish experts. As Gül Göktepe, President of Women in Nuclear Turkey, said in an interview to A PARA, a nuclear power plant can generate electricity 24/7 while occupying no large area and involving minimal environment risks as it does not produce greenhouse gas emissions even when operating. The Akkuyu nuclear power plant will make Turkey self-sufficient in electricity because nuclear generation — ​unlike renewables — ​does not depend on weather conditions. “I think nuclear should make 20 % of electricity in Turkey to ensure our energy security,” Gül Göktepe pointed out.

Most of the building and installation works on the site are done by Turkish contractors, who have long established themselves as professionals. For example, Çiğdem Yılmaz, a primary circuit chemical analyst at AKKUYU NUCLEAR’s chemical department, won Rosatom’s Person of the Year 2021 contest held annually among nearly 300,000 employees. Çiğdem Yılmaz proposed improvement solutions for a water analysis laboratory, for which she received an award in the Rising Star category. “The victory inspires me to new achievements in the Akkuyu NPP project. Many of my colleagues study nuclear technology with great interest. We do our best to contribute to its development. This is how technology is transferred at the Akkuyu NPP: Turkish students are first enrolled for a project-­related training course and receive a prestigious degree in nuclear engineering, and then they hone their practical skills during internship at operating nuclear power plants. We know how a nuclear power plant looks from the inside, how it is controlled, and what systems and components make it work. In addition, we are directly involved in developing a nuclear licensing framework in our country and drafting a roadmap for this promising high-tech industry,” the winner said.

In mid-­August, the Akkuyu site hosted an award ceremony for construction workers. The event was dedicated to Builders’ Day, a professional holiday traditionally celebrated in Russia. Certificates of appreciation were awarded to the representatives of over 20 Turkish contractor companies engaged in the Akkuyu project. “What we built here is not merely a nuclear power plant, but also a foundation for many related industries in the country and an even closer cooperation between Russia and Turkey in science, technology, education and other areas. In fact, we are building the future for the generations of power engineers and people living in this region and the entire country,” AKKUYU NUCLEAR CEO Anastasia Zoteeva noted in her speech. 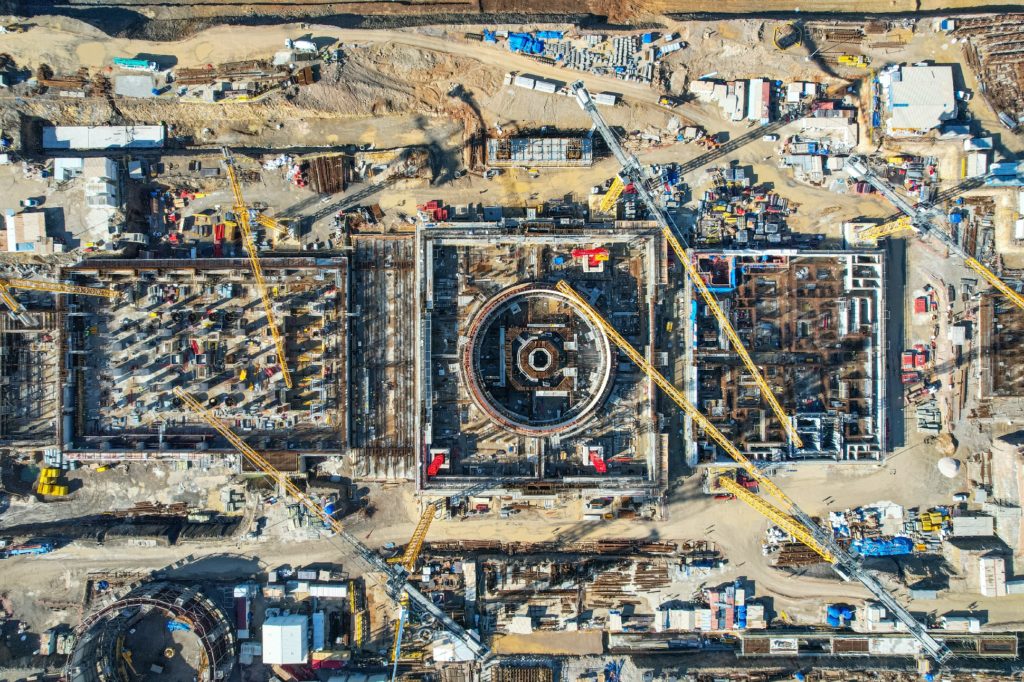 Apart from constructing the nuclear power plant, Rosatom is also an active contributor to social initiatives in the region. AKKUYU NUCLEAR has become a partner to a sea turtle monitoring and protection initiative in the Göksu River Delta Conservation Area. A traditional clean-up event was held as part of the initiative at a sea turtle nesting area at the Kum Mahallesi beach near Tashuçu where NPP workers live. More than 100 site employees, researchers and volunteers participated in the event. After cleaning the beach, the project coordinators gave a lecture to volunteers on the nesting of sea turtles and the importance of a clean environment for their habitat.

“We care about the region we work in already now, while the nuclear plant is being constructed. We think about benefits we can give to the unique area in the decades to come. We are glad to be part of this great initiative, which brings together scientists and volunteers in an effort to preserve the region’s natural heritage,” Anastasia Zoteeva said.