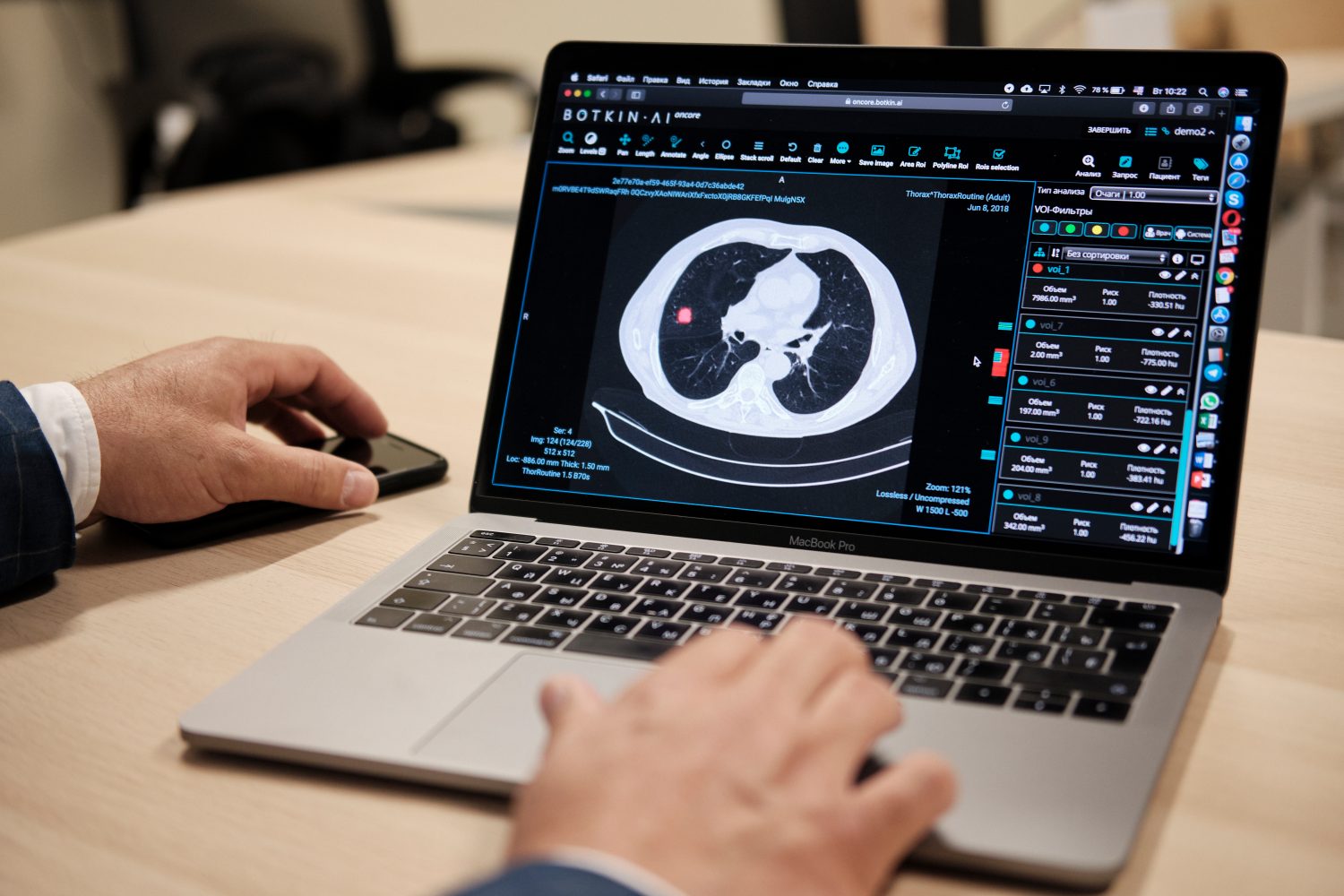 Digital Evolution Ventures was set up in mid‑2018. A year before, Russian President Vladimir Putin had tasked five state-owned corporations, including Rosatom, to set up investment funds to finance small innovative companies.

The strategy of Digital Ventures Evolution provides for investments in hi-tech projects that are interesting for Rosatom’s non-nuclear businesses, such as smart cities, new materials, new medicine, etc. The projects are selected and investment terms defined by Orbita Capital Partners, a management company of the venture capital fund. Upon the first closing, Rosatom contributed RUB 3 billion to the fund. The second fund closing will soon be completed with another investor to bring in the same amount of money.

The contract between Rosatom and the management company is made for 10 years, and a half of the intended investment period (2.5 years) ​has already passed. In the second five-year period, the fund will manage and exit from its businesses.

Botkin.AI is one of the fund’s most promising projects. It is an AI-powered platform for automatic analysis of medical images. Its first and most developed product is designed to check CT scans for lung cancer signs. While testing the platform in one of the Russian regions, the company received 1,500 chest scans. Fifty of them were known to be taken from cancer patients. Botkin.AI found cancer signs in 66 scans. Sixteen patients were re-examined and found to have cancer — ​the disease had been overlooked. “The test was a precondition for receiving finance. The technology proved to be viable, so we invested in it,” Evgeny Kuznetsov, CEO of Orbita Capital Partners said.

The Botkin.AI platform can process images in the DICOM (Digital Imaging and Communications in Medicine) format, a standard most commonly used for storing and transmitting medical (CT, MRI, and X-ray) images. “Images are uploaded from the diagnostic equipment to our platform. AI analyzes them and, within a few minutes, sends a report on the pathologies identified and their locations to the doctor. This is how the clinical decision support system works,” explained Sergey Sorokin, a founder of Intellogic, a company that has developed the platform. It can be used to perform a retrospective analysis of medical examinations to improve the quality of diagnostics.

In order to train its AI-powered platform, Intellogic uses anonymized images from the database containing information about more than 200,000 medical examinations taken from open datasets of Russian and foreign clinics and data obtained during the pilot runs of the system. “In a recent trial run in Moscow, we were processing nearly 3,000 CT scans a day,” Sergey Sorokin said.

Rosatom has invested tens of millions of rubles in the platform. The money helped Intellogic improve its platform and achieve consistent results on different scanning devices and in different hospitals — ​consistency is essential for scaling up the platform. The technology makes almost no mistakes in interpretation. Botkin.AI was certified by the Russian Federal Service for Surveillance in Healthcare and allowed to be used in clinical practices. “This year, the product has made a full-scale entry into the market,” Evgeny Kuznetsov said.

In early 2020, the technology developed by Intellogic was selected, together with some other technologies, to be tested by the Moscow Healthcare Department. In addition, the company managed very quickly, in just two weeks, to improve a coronavirus diagnostics system and started helping health professionals in the Yamalo-Nenets Autonomous Okrug fight coronavirus as soon as June 2020.

Intellogic also works with private clinics with 12 projects currently underway. The fund assesses its companies by revenue — ​Intellogic has increased it 10 times over a year. The company plans to enter international markets in the future.

Digital Evolution Ventures will continue to invest in the platform and other technology start-ups. Titan Power Solution is one of them. The company develops and manufactures systems based on supercapacitors (ultracapacitors). The company is interesting for Rosatom as a supplier for wind turbines. It has received RUB 60 million in investments from Digital Evolution Ventures, 12BF Global Ventures and the Far East High Technology Fund. In 2020, Titan Power Solution doubled its revenue and won new contracts.

Another promising start-up is AlphaOpen, a developer of AlphaLogic platform designed to manage and monitor building engineering systems. The platform can be integrated with Rosatom’s Smart City services. VEB Ventures and Digital Evolution Ventures have jointly invested RUB 130 million in the company. Altogether, Rosatom’s venture capital fund has invested in 13 projects.

Botkin.AI platform is named after Sergey Botkin, a famous Russian doctor (1832–1889). Sergey Petrovich Botkin was a talented clinician, therapist, teacher to many doctors, and social activist. He is one of the founders of modern Russian medical science and education.

Venture capital funds specialize in financing technology companies in their early stages when the possibility of financial success (the company will be selling its products and produce a strong cash flow) is low.

Since investment risks are high, venture capital funds invest simultaneously in 10 to 20 startups. Some of them fail to generate return, and investments are written off. But some become successful and pay back enough to cover all of the fund’s investment costs.

Venture capital financing was first put into practice in the United Stated, where it secured rapid development of technologies. The practice was later implemented all over the world and was particularly successful in China. Over the last few years, venture capital funds have invested around USD 65 billion a year in the USA and around USD 35–40 billion in China.