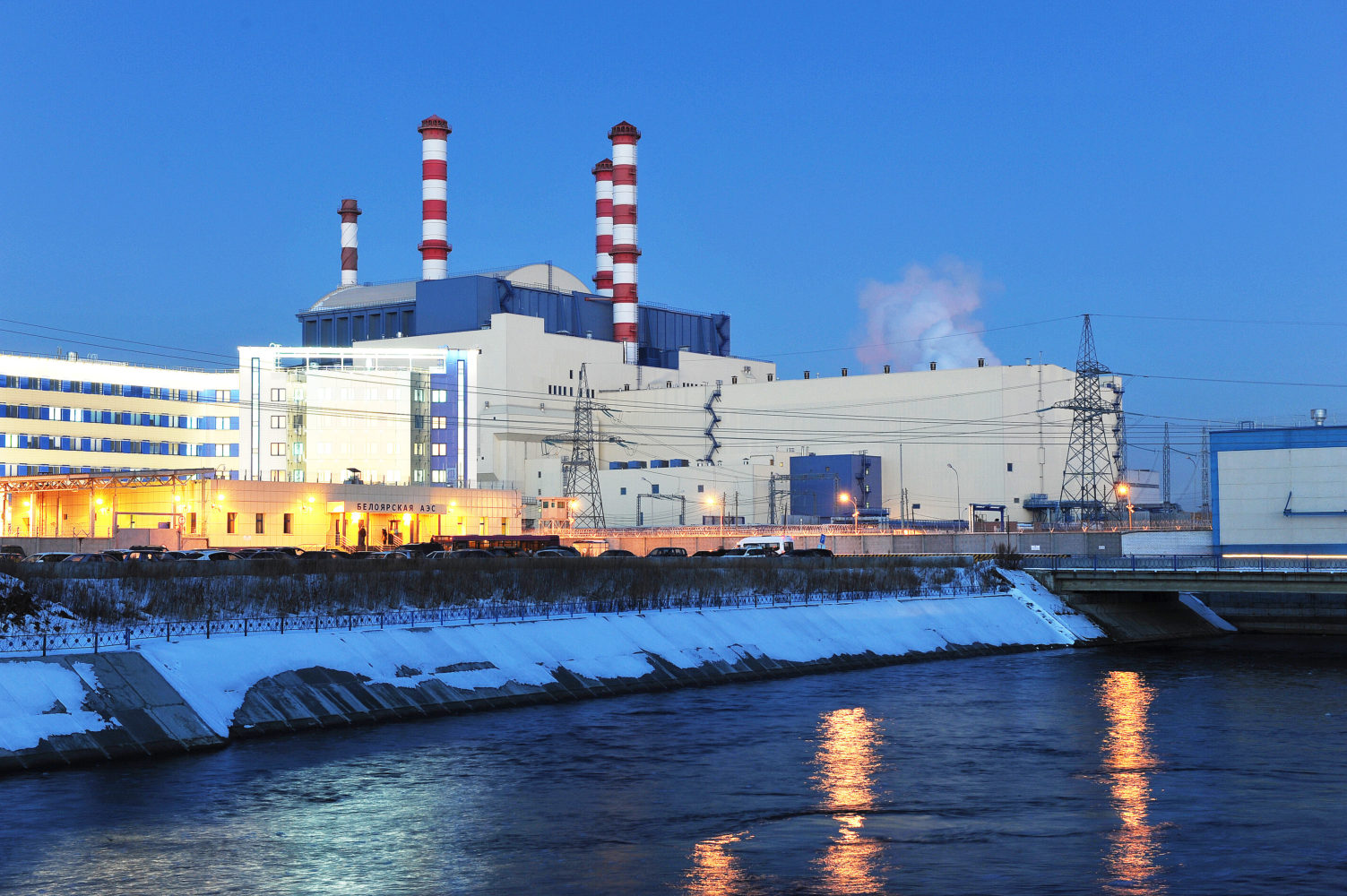 Rosatom made another step towards closing the nuclear fuel cycle as more MOX fuel assemblies were loaded into the BN‑800 reactor core at Beloyarsk Unit 4 during scheduled maintenance operations. MOX fuel makes 60 % of the total core now. In late January 2022, the reactor unit was brought back to full capacity.

Russia was the first country to begin, and is continuing, extensive work to ‘close’ the nuclear fuel cycle by using fast neutron reactors. The Russian acronym BN‑800 stands for a ‘800 MW sodium-­cooled fast-neutron’ reactor. Launched in December 2015, the reactor has served to gain extensive experience in using MOX fuel, as well as handling and processing irradiated assemblies that contain the same type of nuclear fuel.

The second component of the fuel mixture is depleted uranium obtained at the enrichment stage. And yes, it is the uranium many consider to be a ‘waste’. By creating MOX fuel, Rosatom demonstrates that the ‘waste’ is feedstock for a new-generation fuel.

The pilot assemblies containing MOX fuel were produced at the Research Institute of Atomic Reactors (RIAR, part of Rosatom) and loaded into the reactor during the first fueling in 2015. Commercial fabrication of MOX fuel started in late 2018; the first batch of serial MOX fuel assemblies was loaded into the BN‑800 core in early 2020. One of the most reputable industry media, POWER Magazine, ranked this event among the Top‑12 events of the year. During the scheduled maintenance at the beginning of 2021, the reactor was for the first time ever refueled with MOX fuel only, with 160 MOX assemblies loaded into the core. 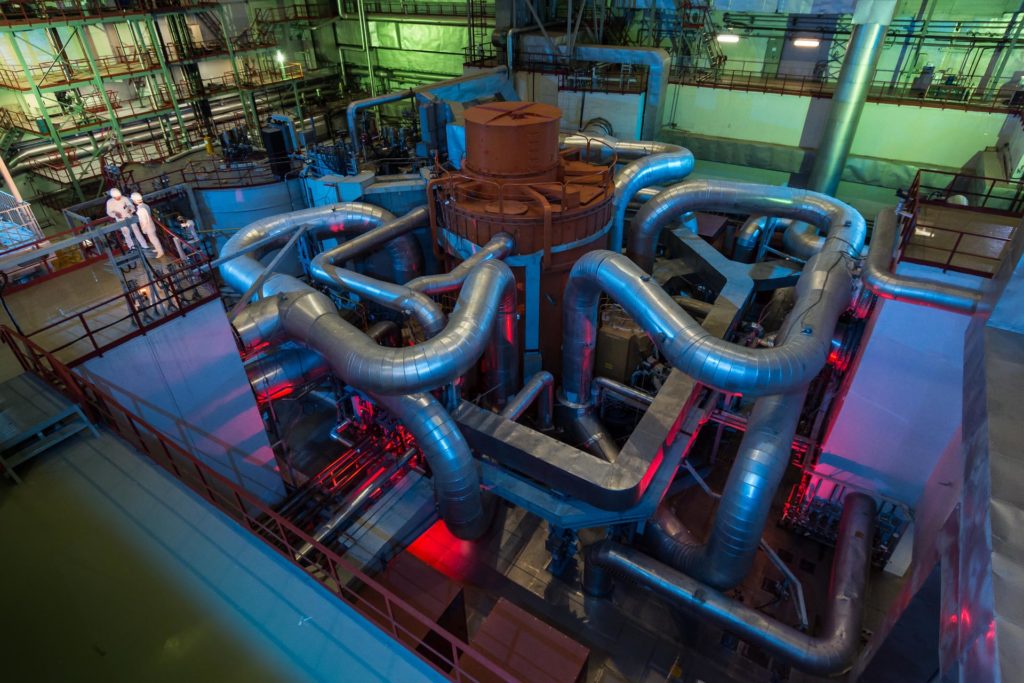 In general, migration to the core consisting of only MOX fuel assemblies is quite a simple procedure. Refueling operations are performed in accordance with the standard pattern: a third of all fuel assemblies are replaced during each refueling outage. It is planned that the reactor core will be filled with MOX fuel only by the end of the current year.

Fuel fabrication and reactor operation are both totally safe. Following the reactor sustainability assessment by the International Project on Innovative Nuclear Reactors and Fuel Cycles (INPRO) in 2012, the MOX-fueled BN‑800 design was found to meet the Generation III+ reactor requirements. All the fuel fabrication operations involving high-level plutonium are fully automated. Refueling mechanisms of the BN‑800 reactor are also automated, with manual operations minimized.

Along with implementing the closed nuclear fuel cycle based on sodium-­cooled fast reactors, Rosatom is the first in the world to attempt closing the cycle with the use of lead-cooled fast reactors. This project is called Proryv (Russian for “Breakthrough”).

As part of Proryv, Rosatom builds a BREST-type reactor with the capacity of 300 MW and a fuel fabrication and refabrication unit. The BREST‑300 reactor will use a new — ​mixed uranium-­plutonium nitride (MUPN) — ​fuel. As the name suggests, it contains not oxides but nitrides of uranium and plutonium. MUPN fuel is denser than MOX fuel, so it has better plutonium breeding parameters. Researchers test the new fuel and study its performance.

Finally, Rosatom works on the design of a more powerful sodium-­cooled fast neutron reactor BN‑1200. Last September, three technical councils had a joint meeting to assess the upgraded reactor design BN‑1200M (‘M’ stands for ‘upgraded’ or ‘improved’) in the light of the Proryv Project. The design was approved.

The purpose of BN‑1200 is to make the closed nuclear fuel cycle a cost-efficient and commercially viable option and enable the migration to the so-called two-component nuclear energy generation scheme. It assumes that VVER and BN-type reactors — ​the two components of the energy system — ​will operate in a single process chain. At present, researchers choose an optimal ratio of the fast and thermal reactors.

New design solutions and the latest engineering technology will make the BN‑1200 reactor cost-efficient. In particular, the new design provides for the same size of the reactor pressure vessel as BN‑800 has, but the reactor will be more powerful. Shorter pipelines and upgraded equipment will make the new reactor less steel-­intensive, with more improvements on the list.

Much has already been done for BN‑1200 during the construction of BN‑800, such as auxiliary pipelines, grid connections and even RPV assembly parts (unlike VVER, BN reactor pressure vessels are not delivered from the plant but assembled right on the construction site).

The new reactor will be constructed by 2035, according to the press service of the Beloyarsk NPP.