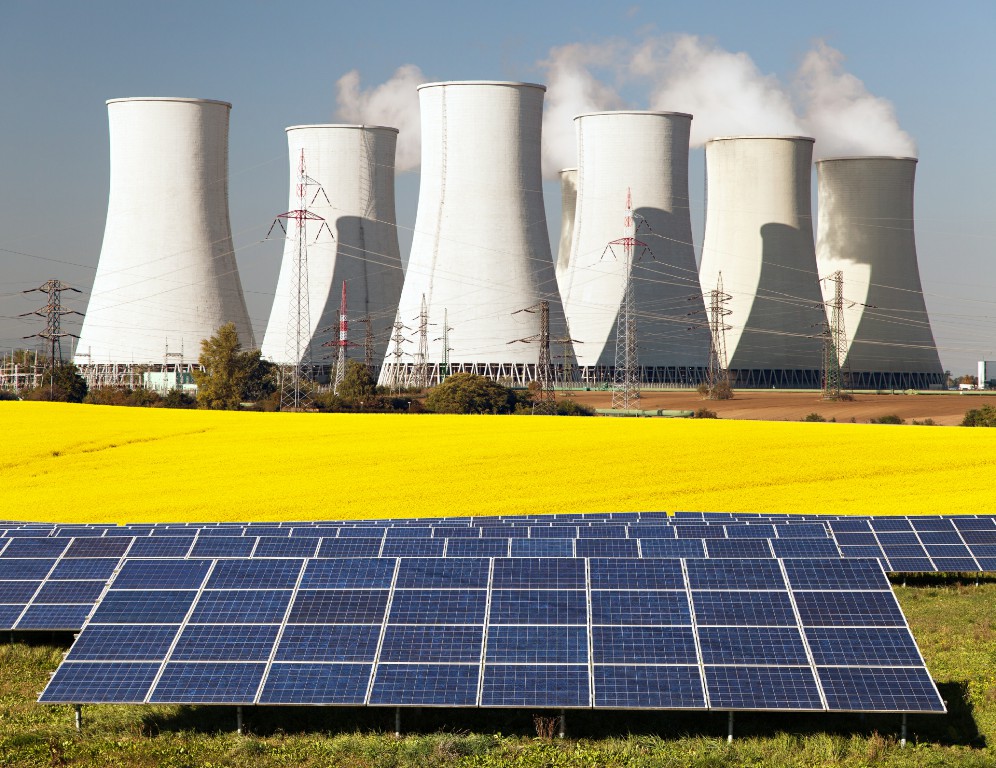 The year 2021 was a shock for the energy industry, particularly for its fossil fuel sector. Here is our analysis of the reasons behind last year’s crisis and a brief review of 2021.

The year 2021 started off with a rapid economic upturn driven by the removal of pandemic restrictions. According to the World Bank’s Global Economic Prospects report published in January 2022, the global GDP rose 5.5 % in 2021. The economic growth spurred the demand for energy resources. The largest global consumers that are short of energy resources — ​Europe and Asian giants India and China — ​found themselves competing for supplies.

High demand for gas is partially attributable to the climate agenda and ambitions for replacing dirty coal with cleaner gas. In April 2021, General Secretary of the Chinese Communist Party Xi Jinping said at the Leaders Summit on Climate that coal consumption would be severely restricted in China by 2025 and would begin to decline from 2026. It turned out impossible, though, to meet the announced targets.

Starting from the second half of the summer 2021, the rising demand for electric power on the back of growing economy and a hotter-than-usual summer made China increase its domestic coal production and import coal from abroad. Demand in India grew, too. What stimulated coal imports to India and China was, among other things, production difficulties due to heavy rains in the both countries and conservation of coal mines in China. As a result, China ended up aggressively buying gas, including LNG.

And so did Europe, whose economy also stepped on the recovery track after the pandemic. According to Ember, an independent energy think tank, the growth of demand was further spurred by the cold winter of 2020–2021. Low temperatures across Europe sped up the rate of gas withdrawal from storage facilities. Another driver of gas demand was its lower imports from Russia to Europe.

The main problem with Russian gas supplies was that consumers did not want to make long-term contracts because spot prices in the gas market had remained low for long: in September 2019 the Dutch TTF spot price went down to USD 117 per 1,000 cubic meters. More importantly, it was lower than the contract price. But the trend reversed, and the price climbed up on the back of growing demand in China. Almost no country in Europe succeeded in buying LNG due to the ‘Asian premium’ to the price. The only exception was Spain that purchased it earlier than the others. American LNG, which Europe hoped for, was redirected to China because it was ready to pay more. As a result, the day ahead spot price in December 2021 skyrocketed 595 % year-on-year to exceed USD 1,100 per 1,000 cubic meters.

Coal prices changed more modestly. As noted in the Electricity Market Report published by the International Energy Agency (IEA) in January 2022, “coal prices [in the USA] remained more stable: fuel costs for coal-fired generation increasing by less than 6 % in the second half of 2021 compared to the same period in 2020.”

First, industrial consumers and power plants in China suffered from deficient energy resources and growing energy prices. Some of them suspended operations because they began making losses, according to the IEA.

“Industrial consumers faced rolling blackouts in several provinces and states of both countries. In China’s northeast, the province of Liaoning issued a level two shortage alert on several consecutive days, indicating power shortage equivalent to 10–20 % of total demand. Similar shortages were registered in southern Guangdong, China’s second-­largest province by electricity consumption. While supply to residential consumers was prioritized, in certain provinces such as Liaoning, shortages affected residential consumers as well,” IEA experts cite examples. The Chinese GDP, which grew 12 % over the first three quarters of 2021, marked only an 8 % increase at the yearend due to power plant outages and production interruptions. 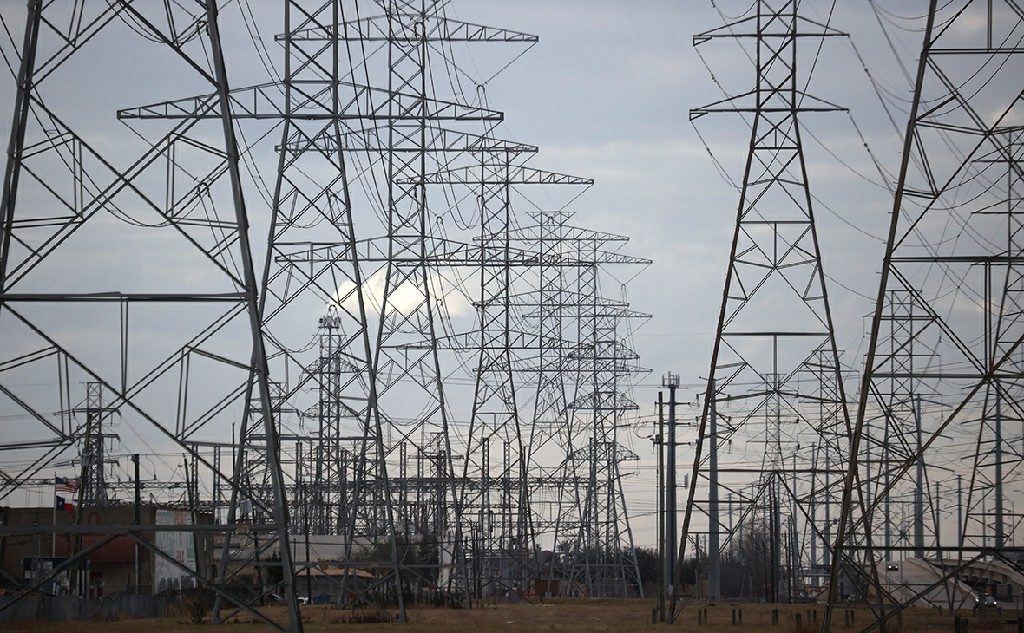 India faced problems, too. “Punjab experienced rolling blackouts of up to nine hours at a time due to the shutdown of three power plants from a lack of fuel. The state of Rajasthan was forced to introduce load shedding for industrial and residential consumers even in urban areas like Jaipur and Jodhpur, with some remote areas undergoing up to 12 hours of supply disruption. Bihar experienced power cuts of more than 10 hours per day. Other states such as Gujarat, Tamil Nadu and Karnataka have also been threatened by load shedding due to insufficient generation from thermal power plants,” the report describes the situation in India.

Second, electricity generation costs spiked in Europe. According to Ember, the cost of electricity in the European Union, which also includes carbon rates and variable expenses, reached an average of EUR 255/MWh in December 2021 on the back of growing gas prices, displaying a sevenfold growth year-on-year. The generation cost was also affected by carbon prices — ​they went up from EUR 33 per ton of emissions as at January 1, 2021 to EUR 89 per ton as at December 8, 2021.

Third, the USA and Europe began to replace natural gas with coal to decrease generation costs. “In 2021 the relative increase in gas prices versus coal led to a reversal in coal’s decline, many markets experiencing fuel switching and consequently higher emissions. We estimate that US coal-fired generation grew by 19 % and Europe’s by 11 % compared with 2020, while US gas-fired generation fell by 3 % and Europe’s grew mildly (up 4 %),” the IEA writes in its report. It should be mentioned that coal generation increased not only in the European Union, but in the UK as well.

And, finally, the fourth effect is not that evident as the other three but no less interesting: renewable sources replace gas and not coal as it used to be, at least in the European Union. This is a central point of the European Electricity Review published by Ember in February 2022: “Historically, Europe’s growing renewables replaced coal power, the most emissions-­intensive fuel. However, as a result of soaring gas prices in the second half of 2021, new renewables replaced fossil gas instead. The interruption to the EU’s coal phase-out slowed emission reductions.” In 2011–2019, the renewable power output increased by 42 TWh while the coal power output decreased by 34 TWh over the same period, the review says. However, another 44 TWh of renewable output added in the last two years replaced 23 TWh of gas power and as little as 7 TWh of coal power.

If analyzed by country, though, this trend will look different because national approaches to their energy mixes are also different. The Netherlands and Spain, for example, did increase their renewable power output by 17 TWh (up 24 %) and cut gas power by 15 TWh (down 18 %). In France, renewables and coal replaced retired nuclear capacity and gas. Sweden added renewable capacity instead of nuclear power. In Germany, power output from all sources decreased, while Poland demonstrated growth in the output across the energy mix, with coal power displaying the largest increase (8 TWh). And, finally, Ireland replaced gas and renewable power with coal.

According to Ember, the second half of 2021 faced “one of the largest energy price shocks since the OPEC oil embargo of 1973.” We wrote about the similarities of the two crises in our Newsletter from November 2021. American economist Daniel Yergin wrote in his book The Prize: The Epic Quest for Oil, Money and Power, which was published back in 1991: “A far-reaching clash between anxieties about energy security and economic well-being on the one side, and fears about the environment on the other, seems all but inevitable. One point of convergence of the two themes is energy conservation. Another may be greater utilization of natural gas” (a quote from the Third Environmental Wave section). It is remarkable how accurate his forecast was and continues to be, this time in a new energy market reality.

Both the IEA and Ember assumed in their forecasts of future energy prices that they would go down in 2022 onwards. It is evident, however, that the prices of oil, gas and coal hit historic highs, and no one knows when they will go down.

In turn, we would not miss a chance to remind that the key advantages of nuclear power are a small share of fuel in the generation costs and a relatively low fuel consumption. Roughly speaking, a 1 GW power reactor needs as little as 20 tons of fuel, or 200 tons of U3O8 per annum. Nuclear energy looks like a safe haven amidst the shocks that hit the fossil fuel sector.

Here is another quote from Daniel Yergin’s book: “However, until such time as there are new technological breakthroughs, perhaps in solar and renewable energies, industrial society has only three primary clusters of alternatives on which to rely for its new power needs: oil, gas, and coal; nuclear power; and conservation in the form of technological improvements and greater efficiency in the use of energy.” If we read the latest IEA recommendations for Europe, we will see that this forecast of the American economist also becomes a reality. This is why Daniel Yergin’s book telling one of the most breathtaking stories from the 20th century politics and economy produces an unexpected impression that crises in the fossil fuel market occurred in the past, occur now and are likely to occur in the future. Those crises do good neither to consumers nor to producers, but they eventually come to an end, sooner or later. 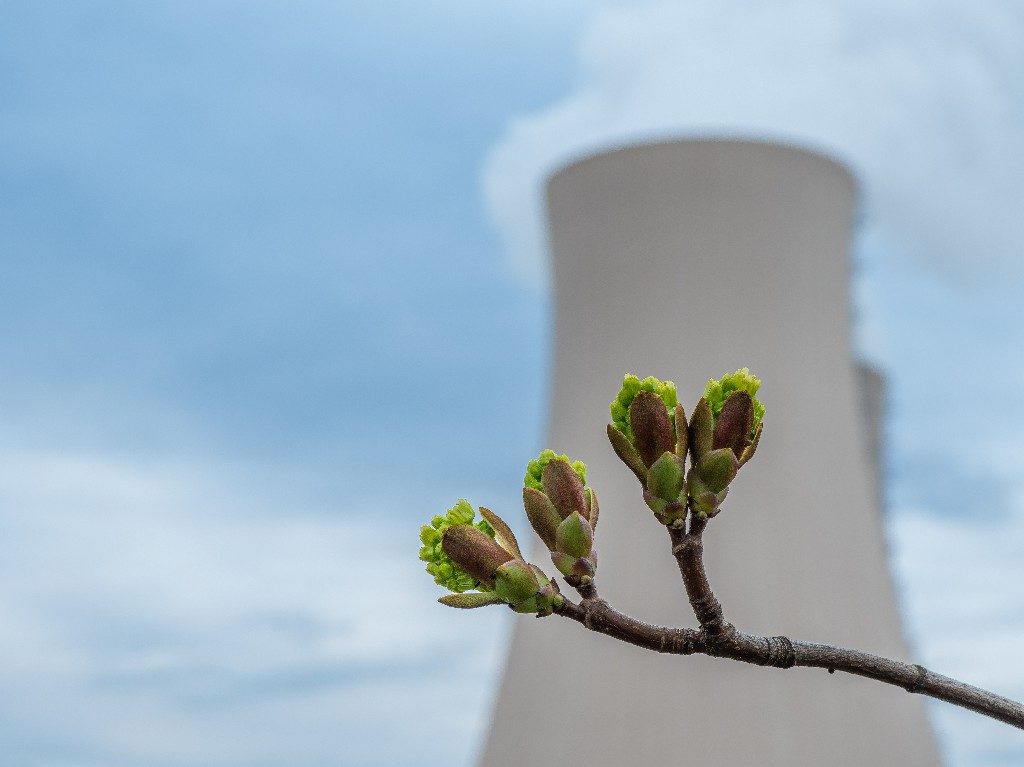 The nuclear industry, however, has never faced any shortage of supply yet. We hope it never does.