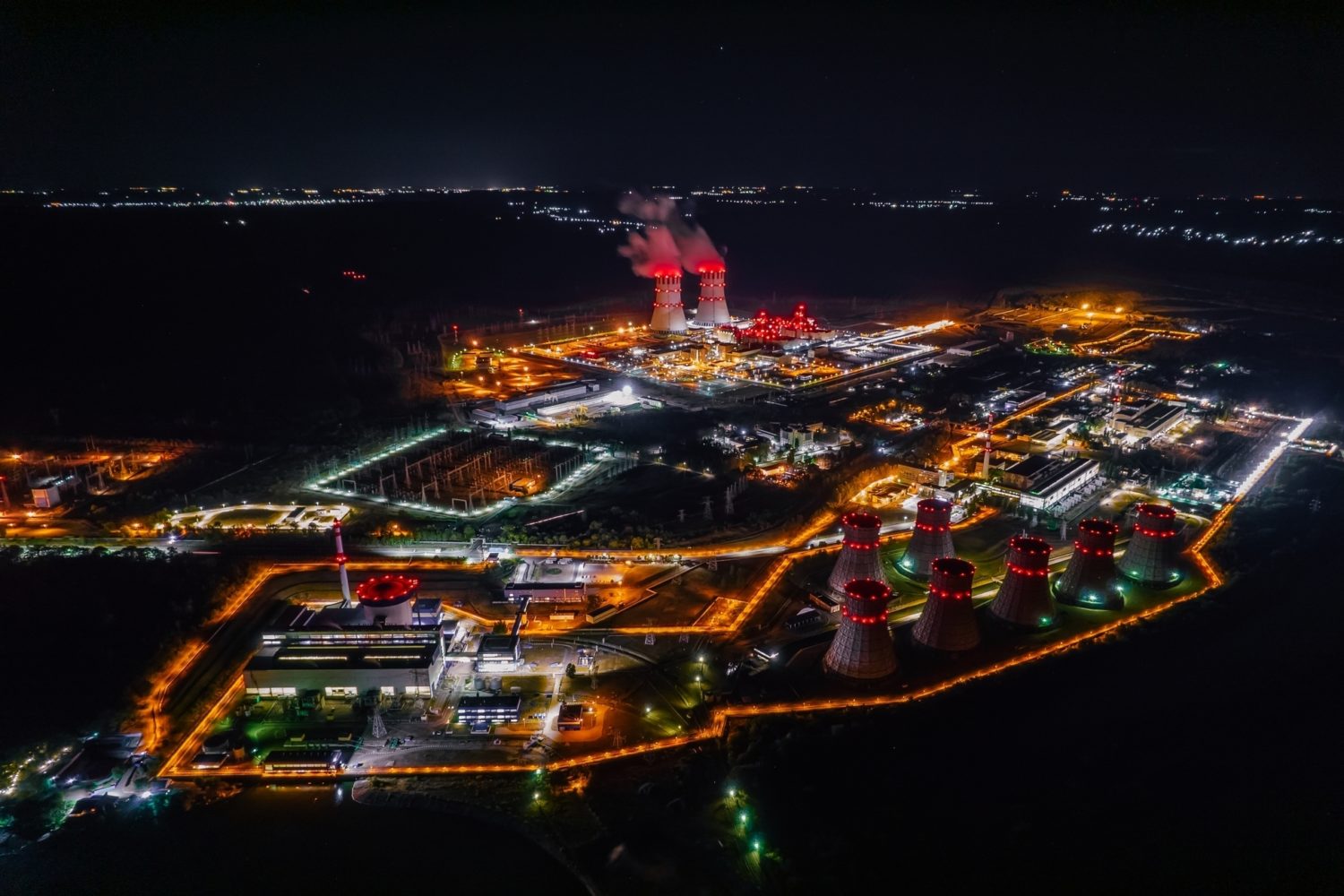 The World Nuclear Association published its World Nuclear Performance Report 2022, in which it reviews changes and developments in the global nuclear industry in 2021. The most interesting thing in the report is not statistics but rather conclusions made by WNA Director General Sama Bilbao-y-­Leon. She blames the global community for its insufficient efforts to increase the share of nuclear in the global energy mix.

Nuclear reactors produced 2,653 TWh of electricity in 2021. The figure is high — ​power generation has been higher only twice in the history of nuclear energy, in 2019 (2,657 TWh) and 2006 (2,660 TWh). After a sharp decline in 2012 on the back of Japan shutting down its power reactors after the Fukushima disaster, the subsequent nine years showed an unequivocal upward trend.

However, the growth in nuclear generation was not even across geographies. Electricity output rose at nuclear power plants in Russia, Asia, Africa, South America and Eastern Europe. The situation in Central and Western Europe was different, though: “Generation also increased in West and Central Europe, but in this region the overall trend remains downward. Generation declined for the second year running in North America as more reactors in the USA were closed.”

In terms of generation capacity, the situation is also ambivalent. On the one hand, total installed capacity of operating nuclear power plants (including those shut down but not decommissioned) increased to 370 GWe in 2021, up 1 GW year-on-year to a record high in the history of nuclear generation. On the other hand, the number of power reactors decreased by five to 436 in the same period. According to the report, around 70 % of them are pressurized water reactors (PWR).

Nuclear capacity utilization in 2021 stood at an average of 82.4 % globally (80.3 % in 2020), having remained flat at around 80 % since 2000. It might differ from region to region, but in each of them the capacity factor remains at about the same level as in the previous five years. “There is no age-related decline in nuclear reactor performance. The mean capacity factor for reactors over the last five years shows no significant overall variation with age. Improvements in average global capacity factors have been achieved in reactors of all ages, not just new reactors of more advanced designs,” the report says.

In 2021, six new reactors went online. Most of the nuclear power plants worldwide are now 30 to 39 years old although the share of young (less than 10 years old) reactors began to grow after a setback in the second half of the 2000s. In 2019, some of the operating nuclear power plants passed 50 years’ milestone for the first time ever.

In 2021, ten reactors were shut down for good. “The three German reactors and the one Taiwanese reactor were closed as a result of a political decision to phase out nuclear generation,” the report notes.

In the closing remarks to the report, Sama Bilbao-y-­Leon commented on some key events of 2021 and, more importantly, outlined all major trends of the first half of 2022.

She stressed, among other things, that nuclear energy prevented emissions and thus contributed to sustainable future: “Every additional megawatt-hour of nuclear generation helps in the fight against climate change and every reactor helps provide secure and reliable electricity.”

The trend of paramount importance is a growing recognition of the nuclear’s role in decarbonization. “On the floor of the conference hall nuclear delegates, including a fantastic delegation of Nuclear4Climate representatives, sensed that nuclear energy was being embraced as a vital part of climate change action to a much greater extent than only a few years ago. While I was in Glasgow it seemed that a day didn’t go by without a major announcement from one of our member companies, or another government committing to nuclear energy as part of their climate change mitigation strategy,” Sama Bilbao-y-­Leon recalls.

The second trend is disruption of supply chains: “The fragility of the fossil fuel supply chain has been made plain. Fossil gas prices have sky-rocketed, and with them so have electricity prices. Worse may be yet to come, as electricity and heating demand is expected to rise later in the year as the Northern Hemisphere moves into winter.” It should be noted the prices surged on the back of immense sanction pressure on Russia and a ban on Russian energy imports to Europe. With more bans coming, supplies become even less reliable.

This is what sets off the recognition of atom’s growing role in achieving the net-zero goal — ​the nations are concerned about the most affordable fuel rather than construction of new power reactors. “The harsh reality is that, despite this enhanced commitment to nuclear and other low-carbon technologies, the growth in energy demand seen as the global economy began to recover from the COVID‑19 pandemic was primarily met through an increase in the use of fossil fuels,” the WNA Director General laments. She noted that national governments faced the challenge of securing energy supply for their countries right there and then, despite geopolitical headwinds. Coal-fired power plants are brought back to life in Germany, Austria, Netherlands and the UK, while construction of new coal capacity in India and China stepped up pace “We have actually seen a rebound for fossil fuels. And long-term plans for a more secure low-carbon future are having to wait in line behind short-term shifts to any energy form available, clean or dirty.”

By contrast, nuclear power plants that contribute to carbon-free generation and can produce clean energy are shut down for political and economic reasons. Sama Bilbao-y-­Leon cites as an example the US Palisades Nuclear Generating Station that has obtained an operating license untill 2031 and could have worked for some more years. Another example is Germany whose nuclear power plants are little more than 30 years old, but all of them were closed solely for political reasons. “At a time when every kWh of clean secure energy is precious, and extending the operating lives of existing nuclear plants should be incentivized, misguided political dogma is making things worse,” the head of the WNA claims.

In 2021, many countries announced their plans for new reactors. However, as Sama Bilbao-y-­Leon points out, “we need to lay down human, physical, commercial and institutional infrastructures that will allow the global nuclear sector to truly scale up fast to meet the urgent and massive decarbonization needs.”

For instance, the USA allocated USD 6 billion for its Civil Nuclear Credit Program under the Investment and Jobs Act. In addition, in April 2022 the Japan Bank for International Cooperation provided USD 110 million in financing for the US-based NuScale Power developing SMRs.

The Swedish Energy Agency disclosed plans to allocate SEK 99 million (USD 10.6 million) for a joint venture between Uniper Sweden and LeadCold. The money will be used to finance the construction of a demonstration LeadCold SEALER (Swedish Advanced Lead Reactor) lead-cooled small modular reactor. It is expected to be built at the Oskarshamn plant.

In May 2022, the government of Belgium announced that the Belgian Nuclear Research Center (SCK-CEN) would receive EUR 100 million to finance research into small modular reactor technology.

In December 2021, the Dutch government included nuclear in its national climate and energy strategy and announced plans to build two new reactors. About EUR 5 billion will be allocated for a new nuclear power plant until 2030.

France unveiled plans to build six European Pressurized Reactors (EPR) and considers the construction of another eight EPRs and also a number of SMRs as part of the Energy Futures 2050 study. Exact investments have not been defined yet. Earlier, President of France Emmanuel Macron talked about ‘some tens of billions of euros.’

Finally, in March 2021 Akkuyu Nuclear (part of Rosatom) obtained two loans from Sovcombank for USD 100 mln and USD 200 mln to finance construction of the same-name nuclear power plant. In addition to the two loans mentioned in the report, Akkuyu Nuclear signed a USD 500 mln non-revolving loan agreement with Bank Otkrytie in April of the same year. As our readers know, Rosatom is building Turkey’s first nuclear power plant consisting of four VVER‑1200 reactors, all of which are under construction now.

Curiously enough, a reverse example can also be found internationally, with money not given to but withdrawn from nuclear power plants. “In October 2021 it was announced that profits from the Kozloduy nuclear plant would be redirected to provide subsidies of EUR 56 per MWh to industrial customers. The measure was taken to protect industry from power prices driven by gas and coal,” the report says.

Can the current state of affairs in the nuclear industry be called satisfactory? Sama Bilbao-y-­Leon believes the existing pace of development is too slow. “The pace of new nuclear construction must increase. In 2021 first concrete was poured for ten new reactors. Although that is better than in recent years, we still need to see twenty, thirty or more new reactor construction starts per year soon, to ensure that nuclear energy plays the role it should in delivering a secure and sustainable net-zero future.”

Proryv (Russian for breakthrough) is Rosatom’s project that provides for the establishment of an integrated nuclear power facility that will consist of a nuclear station and a nuclear fuel reprocessing and refabrication unit. Proryv aims at ultimate removal of all radioactive wastes from the fuel production and disposal cycle. The integrated facility will contribute to a number of goals:

2. Making nuclear competitive with combined-­cycle power plants, wind and solar based on LCOE;

3. Closing the nuclear fuel cycle to maximize the use of energy contained in natural uranium;

5. Strengthening non-proliferation through technology improvements, including abandonment of uranium enrichment for nuclear power generation, production of weapons-­grade plutonium in the blanket and separation of plutonium during spent fuel reprocessing, as well as less need to transport nuclear materials.

Around USD 3 trillion needs to be invested in nuclear energy in the next 30 years to achieve global climate goals, IAEA Deputy Director General Mikhail Chudakov said at the Russian Energy Week.