Last year Belarus entered the ranks of nuclear power countries. Cooperation between Russia and Belarus has demonstrated that, despite politically motivated protests of a neighboring country, ten years is enough to build a nuclear plant and create a new industry that will benefit the community, environment and national economy.

In March 2011, Russia and Belarus signed an agreement to cooperate in the construction of a nuclear power plant. The Belarus NPP has two units featuring Generation 3+ VVER-1200 reactors with an electrical capacity of 1,200 MW each. The nuclear plant design is fully compliant with the IAEA recommendations.

The first unit was brought online on November 3, 2020 and has generated 1.5 billion kWh since then (data as at February 26, 2021). The unit is currently in its pilot operation phase. Dynamic tests on the reactor unit, which precede the final commissioning and the start of commercial operation, will begin in the near future. “Unit 1 will enter commercial operation this spring subject to the completion of the final licensing process and receiving all regulatory permits,” said Vladimir Gorn, Director of Rosatom Eastern Europe.

Unit 2 has entered a pre-commissioning phase and, according to the schedule, will soon undergo hydrostatic tests and flushing on the primary and secondary loops of the reactor unit. Fuel loading is scheduled for the third quarter, to be followed by bringing the reactor to power in the fourth quarter.

In March, the loading of dummy fuel assemblies took place at the second unit of the plant. A total of 163 dummy assemblies were loaded into the reactor. Dummies are exact replicas of standard fuel assemblies and have the same design and dimensions. They are loaded instead of nuclear fuel containing assemblies in the pre-commissioning phase to run necessary checks on the reactor unit and verify it complies with design specifications and safety requirements.

Strong opposition from Lithuania has been dominating the political background of the nuclear construction project. The country considers the plant dangerous, but its position could hardly be described as substantiated. Instead of providing arguments, Lithuania organizes performances like the one in May 2017 when European Commission Vice President for Energy Union Maroš Šefčovič and Lithuanian Minister of Energy Žygimantas Vaičiūnas flew on a hot-air balloon to see the plant under construction implying lack of transparency in the project.

There has never been a need in tricks like that because the Belarus NPP has always been open to international inspections. Nuclear safety experts from the European Nuclear Safety Regulators Group (ENSREG) made a peer review visit to the plant on February 9–10, 2021. They also carried out an off-site technical audit. The team of experts has an extensive expertise in nuclear and is independent in its opinion and conclusions regarding the compliance with safety requirements by both the Belarus NPP operator and Belarus authorities.

Speaking in the European Parliament on February 11, 2021, European Commissioner for Energy Kadri Simson called on all parties to refrain from commenting until the mission presented its report on the plant. But the European lawmakers decided not to wait even for preliminary conclusions and urged to postpone the plant’s launch until all the stress test recommendations made by the EU were met.

“It is regrettable to see that some politicians in Europe have become hostages of antinuclear bigotry and have adopted stereotypes in their discourse. It speaks volumes that a European Parliament resolution, which yet again baselessly branded the plant as ‘unsafe’, was passed before the relevant EU nuclear safety body had completed its on-site evaluation or voiced any conclusions. The verdict appears to have been read and sealed even before the jury was given a chance to convene and deliberate on the matter at hand,” Vladimir Gorn concludes.

The fears and concerns of the European parliamentarians did not come true. In early March 2021, ENSREG published its Preliminary Peer Review Report on Belarus Stress Test National Action Plan. “A stress test and the implementation of follow-up actions should not be used to justify or authorize the safe operation of an NPP nor its long-term operation or lifetime extension. Such authorizations have to be in line with the procedures prescribed in national law and under the full responsibility of the national regulatory authorities,” the authors of the report stressed.

Since the ENSREG peer review was divided into two parts due to the coronavirus pandemic restrictions, the report was also divided into preliminary and final sections. The preliminary section reports on the progress in seven priority issues and related stress tests. It says, “The preliminary report concludes, based on the information made available and the site visit, that the National Action Plan has addressed all the peer review team’s recommendations related to the priority issues and that progress has been made in addressing all recommendations related to the seven priority issues.”

The IAEA monitored the construction closely. In August 2019, a Pre-Operational Safety Review Team (Pre-OSART) mission visited the site. It consisted of 15 experts from Armenia, Belgium, Brazil, the USA and other countries. In late February – early March 2020, an Integrated Nuclear Infrastructure Review (INIR) mission visited the plant. “We met well-prepared, motivated and competent professionals ready to openly discuss all infrastructure issues. The team saw a clear drive to meet the objectives of the program and deliver benefits to the Belarusian people, such as supporting the country’s economic development,” head of IAEA Expert Team Milko Kovachev said. “We are grateful to Belarus for the invitation to visit the plant notwithstanding that our missions are voluntary and non-obligatory. Belarus is a showcase country – it invites the IAEA to all inspections,” Sputnik news agency quoted IAEA Deputy Director General Mikhail Chudakov as commenting on the missions. He pointed out that Belarus Unit 1 surpassed his expectations, “The unit is very good and reliable. It belongs to Generation 3+, which means that all post-Fukushima requirements are met and measures taken.”

While the Belarus NPP was constructed, the hosting community of Astravets grew considerably. With around 12,000 residents now, the town will be home to twice as many people. In August 2019, Astravets approved a new urban development plan that expects the number of residents to grow to 22,000 by 2025.

Forty-five new residential buildings have been developed in the town. This makes 2,678 apartments with a total floor area of 179,733 square meters. Out of this number, 1,267 apartments were transferred to ASE (Rosatom engineering division, general contractor of the plant) to accommodate its staff working on the construction site.

Simultaneously, the town was developing its social infrastructure, including two schools for 720 and 520 students, two kindergartens for 190 and 150 children, a library for 10,000 books, a post office, a fitness center with a swimming pool, stores, cafes and restaurants.

In 2019, a new hospital with a capacity for 380 patients was opened in Astravets. Built on recommendations from the IAEA, the hospital is equipped with CT and MRI scanners and an angiographic unit. In 2020, the Astravets Central Clinical Hospital was presented with laboratory equipment for PCR tests, including tests for COVID-19.

In 2014–2020, Rosatom spent around RUB 57 million on charity. In 2021, donations will be given to improve the quality and access to health care, sports events and reforestation of the area around Astravets. 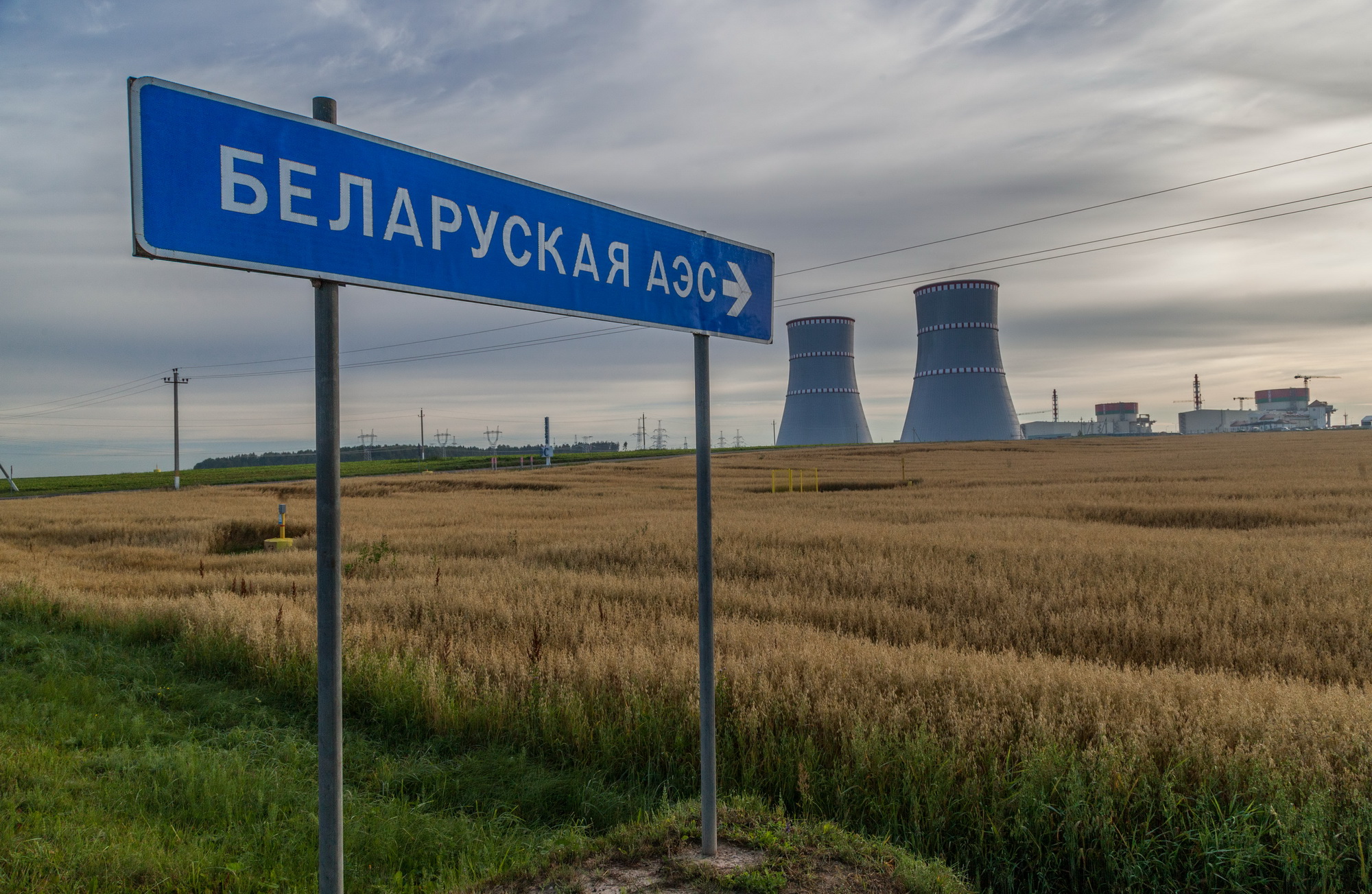