In the post-­COVID world, metal prices are growing, and so is the global economy. This also lays a pathway for the growth of uranium prices, however, the fundamental factors of supply and demand are weak drivers.

Analysis of the uranium market shows that it barely if at all responds to changes in demand and supply. Over the last forty years or so, no change in supply has affected the price of uranium — ​neither the three-mine policy, which was introduced in Australia in 1984–1996 to restrict the number of operating uranium mines to three (on the contrary, the price plunged in that period), nor new launches or accidents at mines have had an upward price effect.

The spot market ignored the suspension of Kayelekera Uranium Project in Malawi in November 2013 and two accidents at Rio Tinto’s Ranger and Rosing Mines in December 2013, which slashed the company’s production by half. Also, the market barely responded to the launch of the Husab Mine, a large uranium project in Namibia, in late 2016. The price of uranium fell by three dollars in May and rose again by the same three dollars in November — ​and this despite the fact that Cameco mothballed its Rabbit Lake Mine, cut down production at the McArthur River Mine and stopped the development of in-situ leaching (ISL) mining projects in the USA.

In 2019, the production of U3O8 virtually stopped in the USA. In January 2021, Rio Tinto’s Ranger Mine in Australia was mined out, and the production stopped. Kazakhstan took measures to restrict the growth of production over the last few years. Whatever happened, the prices could not pierce the level of USD 30 per pound for four years after March 2016. And, quite likely, they would not if not for the pandemic.

Not until Canada’s Cameco suspended production at the largest Cigar Lake Mine and Kazakhstan’s Kazatomprom announced staff layoffs and subsequent production cuts during the first wave of coronavirus spread in April 2020, did the prices leap from USD 24.8 in late February 2020 to USD 33.93 per pound in late May. The growth was an impressive 36.8 % but… only little more than USD 9 per pound on a modest market of 130–140 million pounds. Then the price went down again, and another suspension at the Cigar Lake Mine in December 2020 went unnoticed by the market. 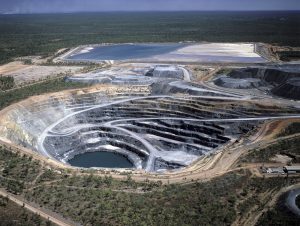 The laws of supply and demand are so plain and simple that it is hard to understand why they do not apply in the uranium market, which has been undersupplied since the late 1990s. According to NEA and the IAEA estimates, slightly more than 54.2 thousand tons of uranium was produced globally in 2019. Data for 2020 is not available yet, but it is safe to say the figure will be less than in 2019. To put this into perspective, all 444 reactors with a total capacity of 394.2 GW operating as of June 30, 2021 need 59 thousand (Red Book 2020 data projection) to 68.27 thousand (WNA data) tons of uranium.

There are two possible answers to the question of how the shortage in the market can persist for over 30 years — ​the market is transparent in terms of demand and non-transparent in terms of supply for several years ahead. First, production data is not available for every country (for example, Uzbekistan) and every year. Second, and more important, it is unknown how much U3O8 energy companies, government reserves, uranium producers, investment companies and others have in stock.

We can assume that the uranium market is influenced by general economic conditions and growth of metal prices. The correlation between uranium prices and the global economic performance and, even more so, prices of industrial metals could be traced particularly well in the second half of the 2000s and early 2010s.

The pre-crisis peak of 2007, with the price going up as high as USD 136 per pound, was not restricted to the uranium market only. The speculative demand was boosted by an overall growth of metal prices and a global economic growth fueled with an inflating credit bubble. After the 2007–2009 financial crisis and a 1.67 % recession in 2009, the global economy grew 4.3 % in 2010. The prices for industrial metals recovered from the 2009 slump and went beyond the level of 2005. The spot price of uranium was also growing through 2010, particularly in the second half of the year. As at January 1, 2011, the spot market price outperformed long-term prices and reached USD 72.63 per pound.

“The global economy is set to expand 5.6 percent in 2021‑its strongest post-recession pace in 80 years. This recovery is uneven and largely reflects sharp rebounds in some major economies,” says the June issue of the World Bank’s Global Economic Prospects Report.

Expansion of financial assets was one of the consequences the global economy suffered as a result of the coronavirus pandemic. “Global financial wealth reached an all-time high of USD 250 trillion in 2020 as household savings rose and markets showed unexpected resilience in the face of the protracted COVID‑19 pandemic,” says a new annual report by Boston Consulting Group (BCG). As compared to the previous year, the global wealth soared 8.3 %. The report also says that many wealth management clients in 2020 embraced alternative investments in their quest for higher returns. In other words, the world has accumulated lots of money that needs to be invested to avoid depreciation. 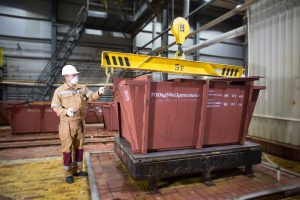 How does this work? Not every trade in the metals market is a contract with real consumers — ​some are speculations. That means financial organizations or, to be more precise, their real employees believe they will earn from reselling metals and derivative instruments. Their interest covers any metals, including uranium. So, it is hardly surprising that more and more people believe that uranium is also an investment asset that deserves attention.

The investment case of uranium is proved by the trends observed in the first half of the current year. Several uranium exploration companies and financial organizations bought a total of almost 10.5 million pounds of U3O8 in the first four months of 2021. The buyers, including uranium prospectors, wrote in their press releases that they used uranium as investment.

More complex financial structures appeared as well. Sprott, one of the oldest Canadian management companies specializing in mining sector investments, established the Sprott Physical Uranium Trust and offered Uranium Participation Corporation (Canada), which focuses on physical uranium (U3O8 and UF6) purchases, to join the trust. Another market player is Uranium Royalty Corporation. It acquires royalties, or rights to a share of uranium companies’ products or profits from selling such products.

Besides, uranium companies successfully raise money to finance their activities. “By my calculation, since mid-­Feb, we’ve seen around USD 800 million raised by uranium companies in the uranium sector, which hasn’t happened for a long time,” Yellow Cake Uranium CEO Andre Liebenberg said in an interview for Metalsnews.com. Yellow Cake Uranium also plans to increase its physical uranium stock from 9 to 15 million pounds.

This speaks to the fact that the financial market begins to consider uranium a liquid and promising investment instrument.

The investment community expects uranium prices to grow because the nuclear industry is positioned as carbon-free and ideally fits into the current climate and environment agenda. Clean energy is likely to become a major beneficiary of economic growth in the next few decades.

Hopes for a new round of nuclear industry development are so high that they overshadow even the fear of possible accidents. In this regard, it is curious to consider the logic of Simon Chan, an analyst from Bloomberg Intelligence. “Safety is always a focus for nuclear due to its potential impact. We think the recent issues at Taishan could increase the attention on safety, but the long-term growth outlook should remain intact,” he told Mining.com. 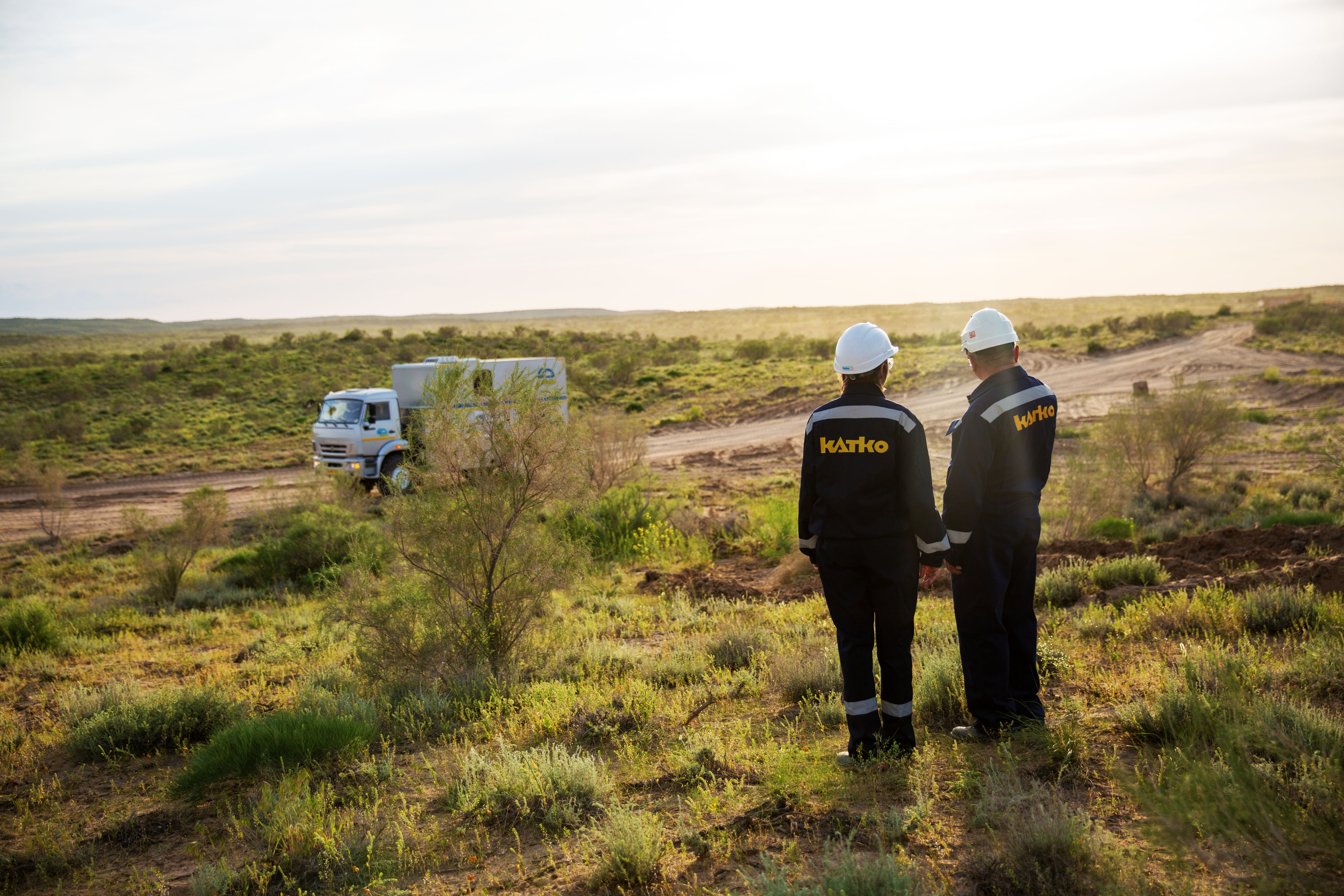 The combination of factors — ​global economic growth, accumulation of wealth, and rising prices of industrial metals on the back of nuclear industry efforts to be included into the list of green and clean energy technologies — ​might well drive up the price of uranium. To put it simply, if not now, when?

Trying to guess how high it might grow is useless. Stability of the growth will depend on the overall economic conditions — ​on whether the post-­COVID recovery of the global economy, growth of industrial metal prices, and demand for clean energy will be lasting and steady. No less significant is a global political situation, particularly prospects of new construction in China on the back of US sanctions, non-market exclusion from bidding for nuclear construction contracts (as happened to Rosatom in the Czech Republic), and inclusion of nuclear energy in the EU Taxonomy.