Ural On Duty, Yakutia Catches Up 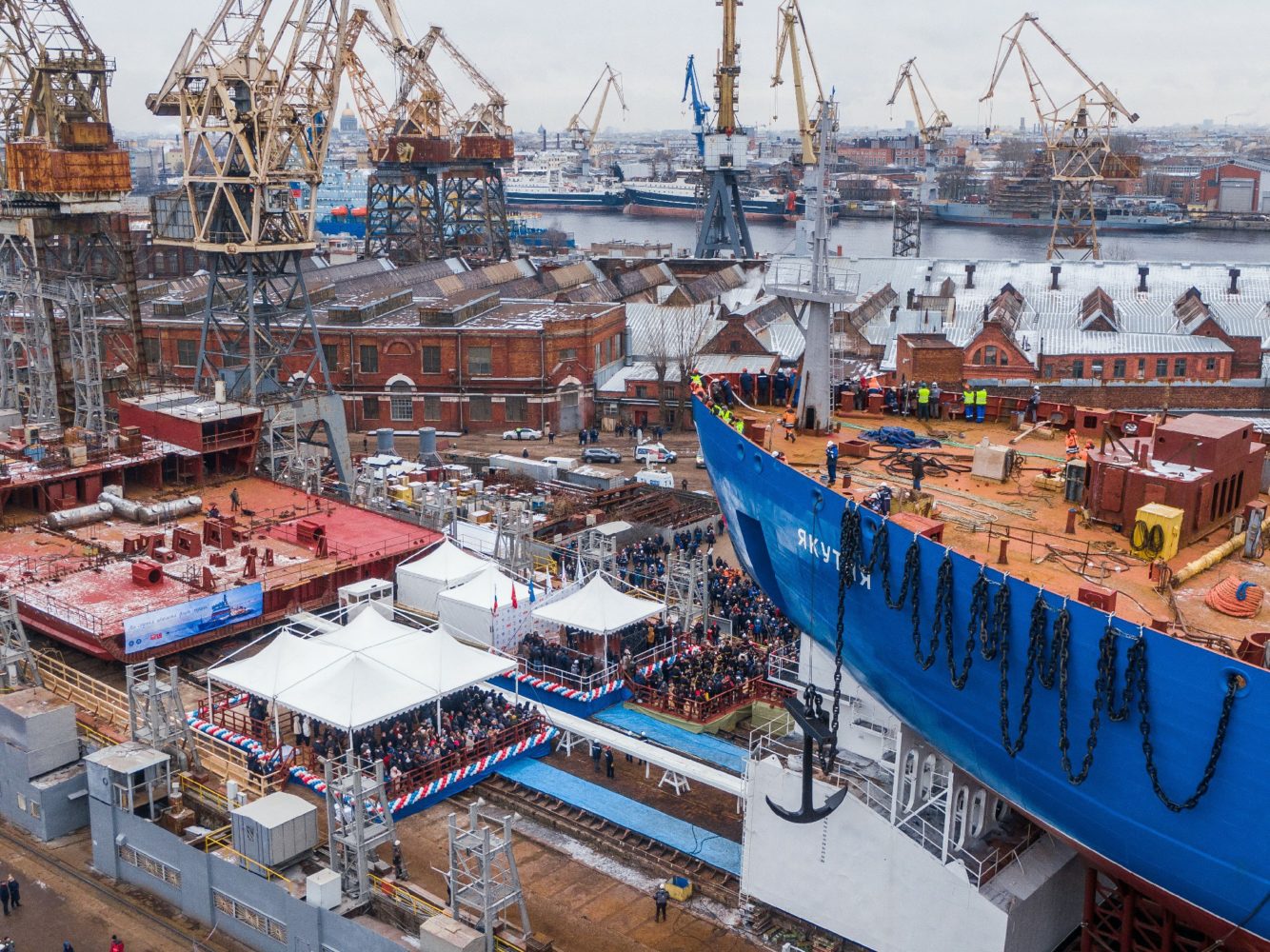 Ural On Duty, Yakutia Catches Up

On November 22, the third Project 22220 icebreaker Ural hoisted the flag while Yakutia, the fourth icebreaker of the same design, was put afloat. The new ships expedite year-round navigation on the Northern Sea Route, which is to begin by the end of 2024.

“I sincerely thank our shipbuilders, nuclear specialists, designers, workers and engineers — ​everyone involved in the construction of these high-tech and, without overstating it, unparalleled vessels — ​for their hard work, professionalism and readiness to grow personally and achieve the most ambitious goals,” Russian President Vladimir Putin said during the flag raising ceremony via a video link.

The Ural icebreaker hoisted the flag and officially joined the Russian nuclear-­powered fleet. In December, Ural will head for the Ob-­Yenisey region where she will escort ships carrying construction materials for the Vostok Oil project. “This is Rosneft’s major investment project in the Arctic that will stimulate an increase in cargo traffic on the Northern Sea Route from 30 million tons in 2024 to 100 million tons in 2030,” Rosatom Director General Alexey Likhachev said.

Ural is the third Project 22220 icebreaker. Such vessels can change their draft, which enables them to navigate in river estuaries and shallow seas. Convoys escorted by two other icebreakers of the same design, Arktika and Sibir, to and from the Arctic Gate terminal and in the Yenisey Gulf demonstrated their ability to operate in shallow waters.

Ural was laid down at the Baltic Shipyard in 2016 and put afloat in 2019. Sea trials of the icebreaker took place on October 14–31, 2022 in the Gulf of Finland. The crew tested the icebreaker’s speed performance, maneuverability, and operation of communication, automation, navigation, electric propulsion, steam turbine, shaft line, anchoring and steering systems and equipment.

On November 23, Ural left Saint Petersburg for her home port of Murmansk. Her work on the Northern Sea Route (NSR) will begin in early December. 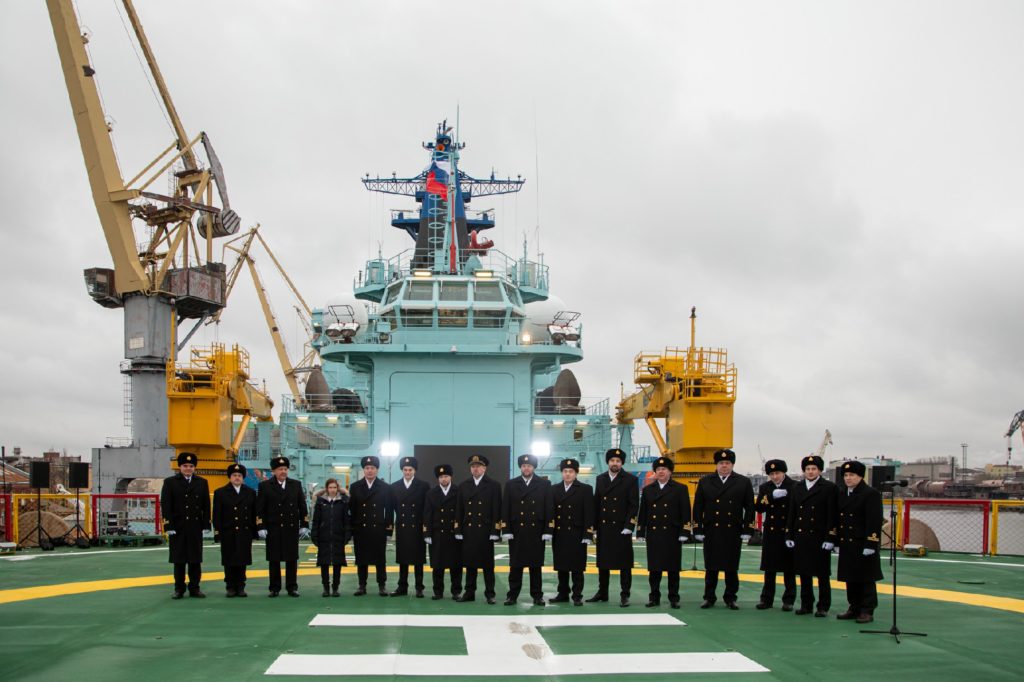 Also on November 22, the Baltic Shipyard in Saint Petersburg put afloat the fourth Project 22220 icebreaker, Yakutia, laid down in May 2020. With RITM‑200 reactors and almost all other pieces of core equipment already installed, the ship will be fitted out afloat. Yakutia is planned to be commissioned in December 2024.

The icebreaker will escort ships carrying hydrocarbons from the Yamal and Gydan Peninsulas and Kara Sea offshore deposits to the Asian-­Pacific markets.

Another two nuclear-­powered icebreakers — ​Project 22220 Chukotka and Project 10510 Rossiya — ​are under construction. Speaking at the ceremony, Russia’s Minister of Industry and Trade Denis Manturov said that Rosatom would make contracts for the construction of the fifth and sixth Project 22220 icebreakers by the year-end. The NSR Development Program 2035 provides for the allocation of RUB 56.61 billion and RUB 61.34 billion for this purpose, respectively. Construction of four diesel-­electric icebreakers (assumed to be built in 2023–2030) will require another RUB 220 billion. According to the program, this money will come from non-government sources.

The upgraded nuclear fleet will ensure year-round navigation along the entire NSR by the end of 2024 and cargo traffic of 150 million tons by 2030. “By developing this crucial transport corridor, Russia will unlock its export potential and set up cost-efficient transportation routes, including to Southeast Asia. We are open to partnerships with those who want to work with Russia,” the Russian president said.